Prince William and Kate, the Duke and Duchess of Cambridge, welcomed the families and children of deployed soldiers to Kensington Palace Tuesday for a Christmas party.

The royal couple walked through a blizzard of fake snowflakes as they arrived at the party. 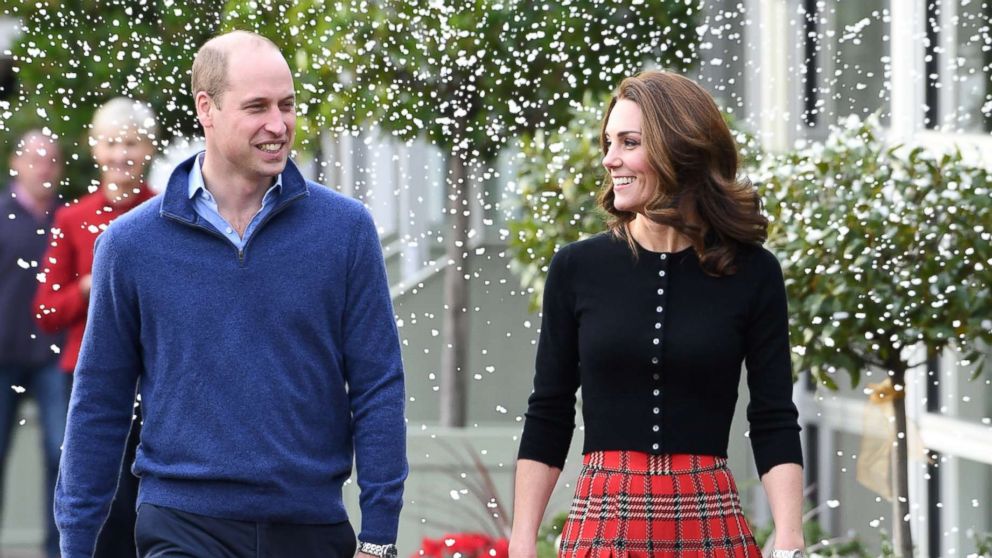 Kate wore a festive plaid skirt by Emilia Wickstead, a favorite designer of the royal family. She paired the skirt with a black top and black boots. 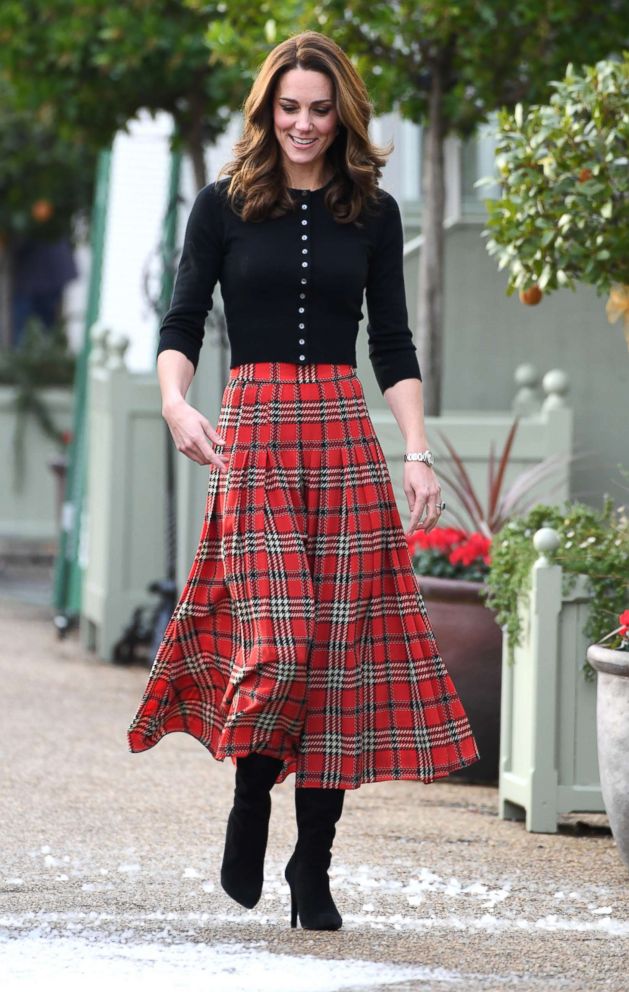 William and Kate hosted the Christmas party for families and children of deployed personnel from Royal Air Force (RAF) Coningsby and RAF Marham, who are serving in Cyprus.

William is Honorary Air Commandant of RAF Coningsby, Lincolnshire, according to Kensington Palace.

The couple played games and made crafts with kids and their parents at the party. 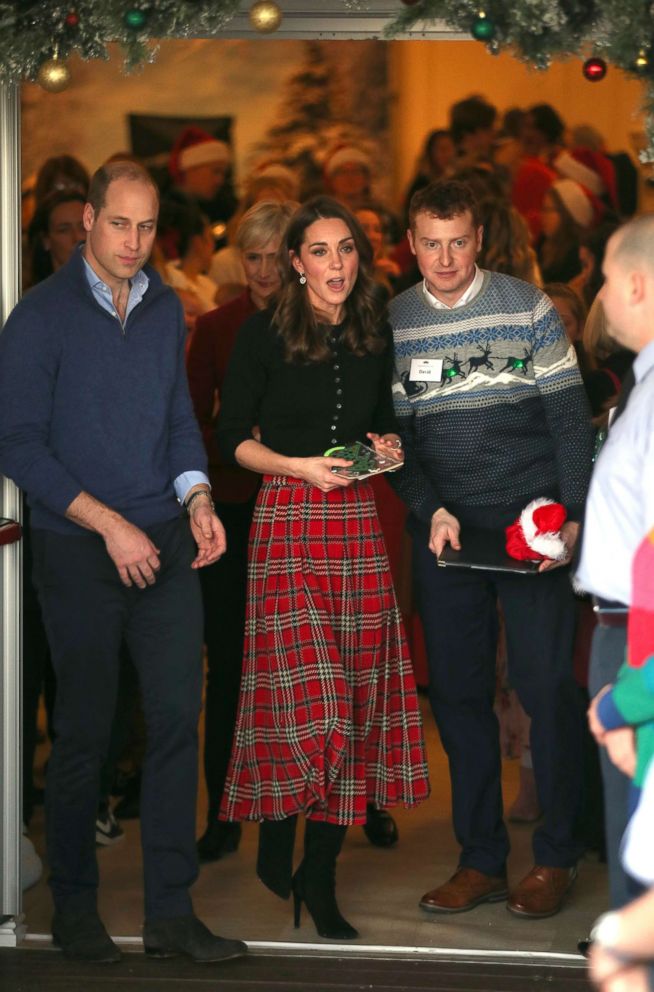 PA Wire via ZUMA Press
The Duke and Duchess of Cambridge leaving Kensington Palace, London, after they hosted a Christmas party for families and children of deployed personnel, Dec. 4, 2018.

Kate also delivered a speech in which she thanked the military families for their service.

"It’s really lovely to see you all here. Not only are we grateful for you coming here to join our party, but also for the sacrifices you make on a daily basis on behalf of the nation," she said. "I can’t imagine how it feels when your loved ones are away on active service over Christmas or at those special family moments."

The Duchess of Cambridge, at a Christmas Party hosted by her and The Duke of Cambridge at Kensington Palace, for families and children of deployed personnel from @RAFCGY and @RAFMarhamMedia serving in Cyprus pic.twitter.com/4qQB4AgPgQ

William and Kate will fly on Wednesday to Cyprus to meet with Royal Air Force service members, their families who live on base and members of the local community.

“We are really looking forward to flying to @RAFAkrotiri in Cyprus tomorrow and meeting some of the mums and dads of the little ones we have met today. I am sure they will be thrilled with all your cards and gifts, so thank you for posting them today.” – The Duchess of Cambridge pic.twitter.com/zuqksDngeb