Kelly Rizzo is speaking out about her husband Bob Saget's sudden death and his impact on others.

In an interview that aired on "Good Morning America" on Thursday, an emotional Rizzo discussed her last conversation with her husband, his inimitable personality and how she is coping in the wake of his death on Jan. 9.

Rizzo, who wed the “Full House” actor and comedian in 2018 after three years of dating, said her late husband had "the biggest heart."

"He just wanted to spread love and laughter and he did it so amazingly, and I'm just so proud of him because he truly brought people together," she said. "He was just so wonderful and I was just so honored to be his wife and to be able to be a part of it and bring him any bit of happiness that I could because he deserved it so much."

She said her husband always put others before himself.

"He did everything for everybody -- if you had a problem, he was the first person that was going to take care of it and help you," she said. "And he was just the most caring and kind and thoughtful person ... he was just the most absolutely wonderful husband that I ever could have dreamed of."

“He had the biggest heart of anyone I'd ever known. He put everybody first. He did everything for everybody.”

Rizzo described that her last conversation with her husband, following his comedy show in Florida, was a normal one: "He was just on his way home -- or back to his hotel -- and just was telling me what a wonderful show he had and how it was so amazing."

"He was happy and just loving what he did," she added. "It made him so happy to just bring laughter to people."

She also shared that their final text communication was "I love you so much" and "I can't wait to see you tomorrow."

When asked if Saget was dealing with any private health struggles, Rizzo referred to her husband's last Instagram post.

"All I'll point to is once again that last post of his where he just said he felt like he was 26 again," she shared, adding that his recent stint with COVID was "not anything serious" and he was doing "great."

Rizzo said she experienced "complete sadness and shock and utter disbelief" when she learned of Saget's death.

She went on, "Everything that I've been surrounded by has been a reminder of him and, you know, a memory of him/ So, it's been very, very sad but also very beautiful." 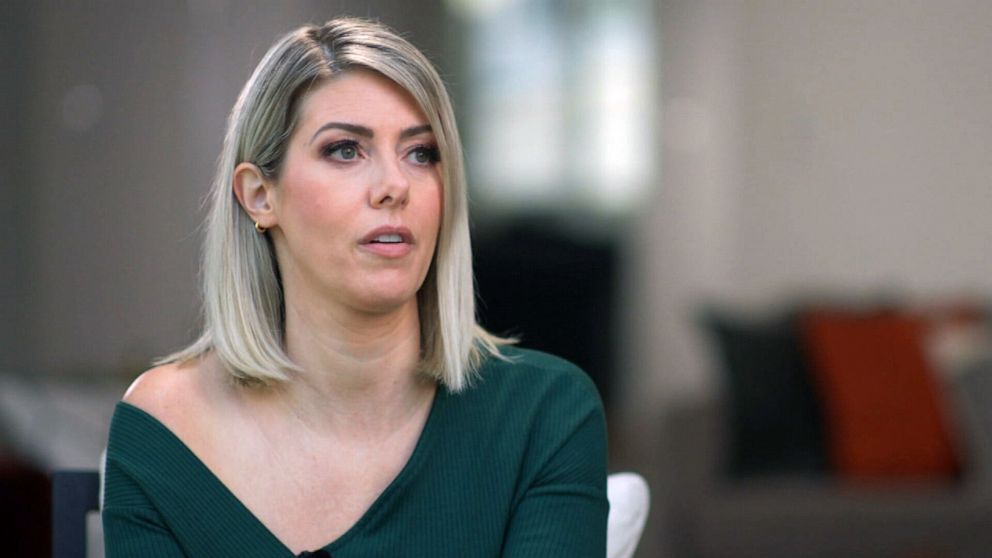 ABC News
Kelly Rizzo, the wife of late comedian Bob Saget, appears in an interview that aired on "Good Morning America" on Jan. 20, 2022.

She said that Saget's TV family, including his "Full House" co-stars and more, have embraced her during this time.

"Every single one of them has been so kind and supportive and they've been there every step of the way, and they've just assured me that they'll be there for me and I know that would make Bob very happy," she said.

Saget's friends are also using their platforms to raise awareness for a cause that was very special to the late comedian -- the Scleroderma Research Foundation. Saget's sister Gay died at the age of 47 from the autoimmune disease, which the Mayo Clinic defines as "a group of rare diseases that involve the hardening and tightening of the skin and connective tissues." 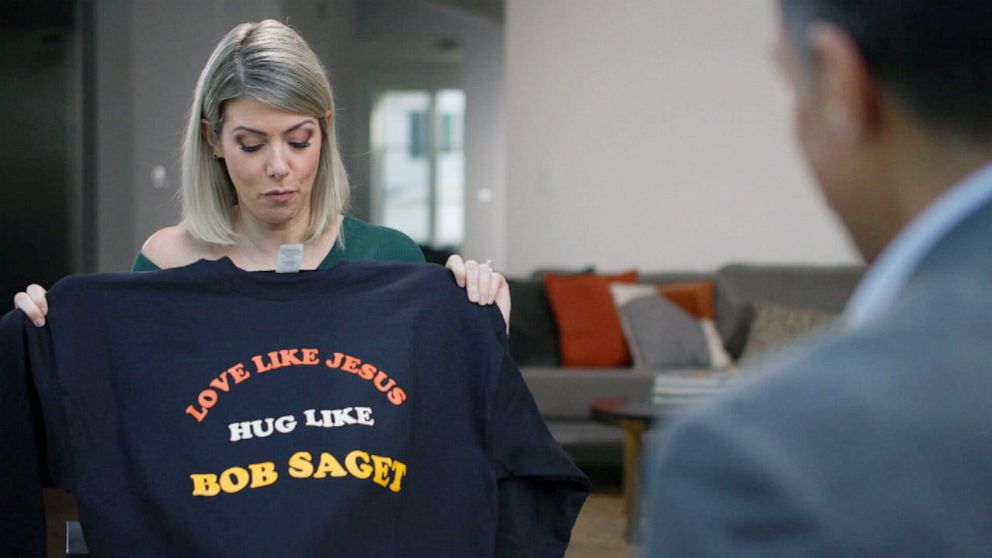 ABC News
Kelly Rizzo, the wife of late comedian Bob Saget, appears in an interview that aired on "Good Morning America" on Jan. 20, 2022.

"This one's very special because if you knew Bob, you know he gave the best hugs," Rizzo said.

The Scleroderma Research Foundation is matching donations up to $1.5 million, through a grant created to honor Saget.

Rizzo, who is committed to honoring her husband's legacy and support of the foundation, encouraged people to lend support to the cause at srfcure.org.