R. Kelly's longtime executive assistant is breaking her silence about what it was like working for the R&B superstar and what she saw inside his home.

Diana Copeland, who testified earlier this week in the criminal trial against Kelly, said that while there were strict policies set in place by the singer for his entourage, she did not witness any of the alleged abuse that Kelly is accused of.

Since 1994, allegations have been swirling around Kelly, but he has not been found guilty of any crimes.

Among other things, Kelly's been accused of victimizing women and minors, and has been involved in various lawsuits, some of which have been settled.

In 2002 he was accused of having been involved in an illicit tape with a minor that resulted in an acquittal of 21 counts of child pornography.

Now, Kelly, whose real name is Robert Sylvester Kelly, is on trial in New York, and is pleading not guilty to charges including racketeering, sex trafficking, sex with minors, sex abuse, bribery and knowingly infecting with a sexually transmitted disease.

As federal prosecutors wrap their case against Kelly, Copeland sat down with "Good Morning America's" Michael Strahan in an exclusive interview to talk about what she experienced while working for Kelly. 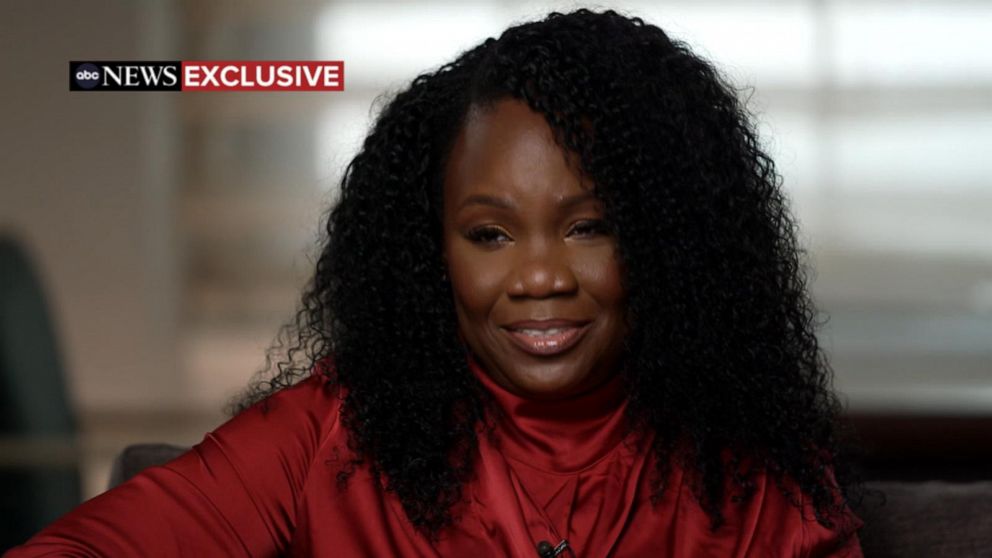 "[I] Never witnessed something under ... around underage women," Copeland said. "Now, I did come and go, so I mean, I want to make sure that I am clear that my experience does not negate anybody else's experience."

Copeland worked for Kelly on and off for 16 years. When she began working for him, Kelly's star was soaring. He released his song "I Believe I Can Fly" -- which he won three Grammys for -- along with other hits, and soon became one of the most sought-after music producers.

"It was incredible," Copeland said about working for Kelly. "I'm just a suburban girl from Michigan and so stepping into that world was like, incredible. You know, one day I'm hugging Whitney Houston and then the next day I might be on [the] set of Lady Gaga."

Tune into "Nightline" on Friday, Sept. 17, for more of Michael Strahan's exclusive interview with Diana Copeland.

As Kelly's executive assistant, Copeland said her job was essentially to run his estate. She did everything from making sure housekeepers and nannies were scheduled and paid, to managing household work.

"I didn't realize how big this job was going to be," she said.

During Copeland's time as Kelly's executive assistant, he was facing 21 counts of child pornography. Although it did concern her, Copeland said that when he was acquitted, those worries disappeared.

One of the main issues at the center of Kelly's trial is whether any of the women who visited his homes were underage. In her testimony, Copeland recalled that there were multiple live-in girlfriends and other females who often visited Kelly. She told "GMA" that none of those women were underage. Since she was in charge of making their travel arrangements, Copeland knew their birth dates.

Copeland said Kelly had strict rules in his homes; for example, guests were not allowed to roam around alone. 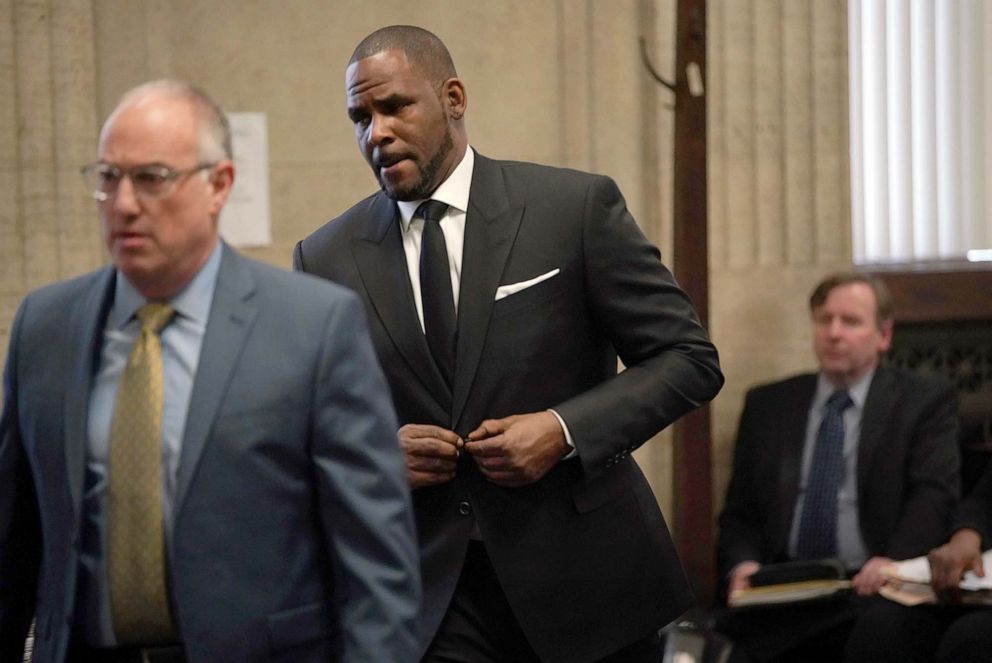 "He would have live-in girlfriends; they had their own rooms," she said. "In those properties there was like, a certain decorum. That was expected."

"Nobody is able to roam," said Copeland of rules that guests had to follow. "As far as like in their room, I don't know that they had to ask permission to leave."

Another rule that guests, including Copeland, had to follow, was that everyone was required to knock on the wall when entering a space to announce their presence -- a rule that was put in place by Kelly's ex-wife but stayed in place after their divorce.

MORE: R. Kelly's lawyer denies allegations against singer: 'The man was not operating a harem or a sex cult'

Copeland also shared her observations on the girlfriends' interactions with other men. Copeland said she was often asked to accompany the women on outings like shopping trips, where the women often didn't interact with male salespeople.

"They asked me during the trial, 'Did you notice their reaction with males?' And I did," Copeland said. "They didn't wanna speak to the males. In fact, sometimes they would ask me to interact with the males."

While she said she can't speak to whether Kelly told the women not to speak to other men, Copeland said it's a possibility.

"I would say that you can pretty much surmise that was probably the case," she said. "Because they didn't, you know, they would not speak to -- some of them would, I wouldn't say that all of them -- but some of them did not wanna speak to the males."

Copeland also said Kelly had her call multiple Ubers for the girls if the drivers were male.

"Robert eventually realized that Uber drivers, you can't pick their gender, so he eventually stopped asking about that," she said. 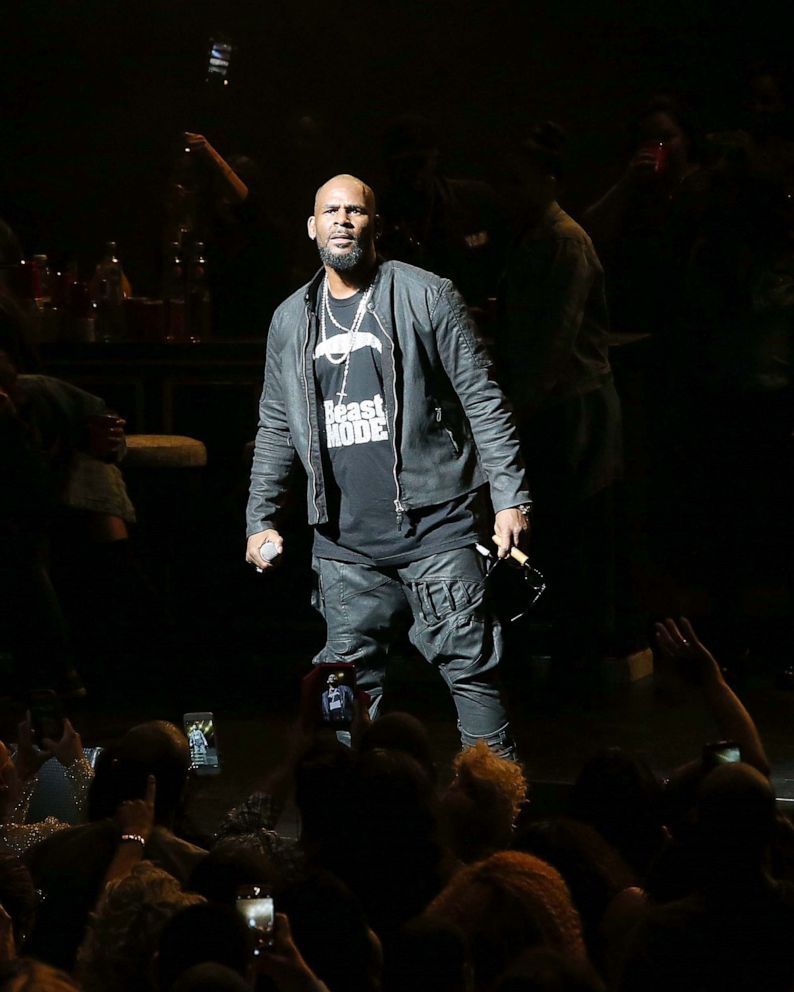 Copeland also recalled how Kelly's girlfriends were often afraid to upset him. She said she was once in a van with multiple women outside a fitness center and one of his girlfriends needed to use the restroom but refused to go because she did not have permission from Kelly.

"It was a little frustrating," Copeland said. "Because I was saying that we, you know, you should just go. But she really insisted that I get a hold of him. But he was working out. And so he wasn't picking up, but he did eventually come out about 30 minutes later. And I think the part that people don't know about that is that he was actually angry at me for not urging her more to go."

While Copeland said she can't answer for the women about whether they were afraid of Kelly, she said certain rules were in place for safety.

"I think people forget that we were dealing with a high-profile person," she said. "When he gets out of the vehicle, he's highly recognizable. So now, whomever gets out of that vehicle, there's spotlight, a target on that person."

Despite it all, Copeland said she didn't find Kelly's rules for his guests too strange, and none of his actions raised any alarms for her while she was working for him.

"I know that celebrities have unique rules based on their likes and their dislikes," she said. "You know -- he doesn't like mustard on his hamburger -- that's odd to me too, but I did it. This is his home. He wants us to knock. It wasn't a big deal for me."

"One of the things that I think is important for me to say is … I know Robert the family man, the businessman. But his personal life is Robert's personal life. That's Robert engaging that. So my job stops at the threshold of his bedroom door," she said. "So if these things happened, which I found out after I left -- I think they're absolutely terrible. So it's not something I would ever condone. Ever."

In 2018, Copeland was named in a civil complaint pending against Kelly, in which the accuser said the singer used Copeland to enforce his rules. Kelly denied the allegation, as did Copeland. 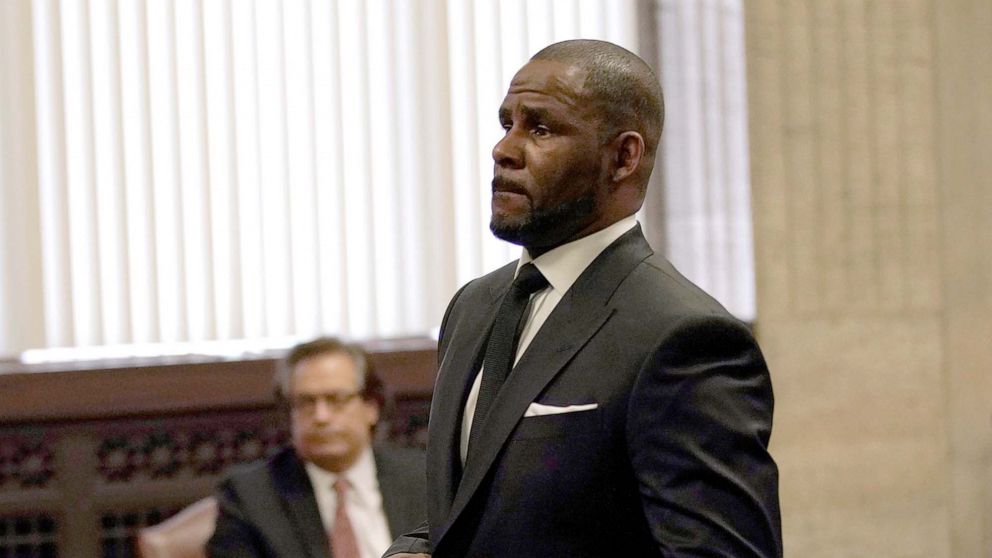 "When this case came up, I was sort of outdone," she said. "Because I was on the inside. I'm reading that women are locked up and you know, kidnapped. And the things of that nature -- that's not what I'm seeing. I'm not seeing anybody that's trying to leave, or any locked doors."

She also denied participating in the alleged mistreatment and recruitment of the women, which she was accused of being a part of during the latest trial.

And while she doesn't want to be held responsible for things she insists she did not do, Copeland hopes that the women who claim they were mistreated by Kelly continue to speak up. 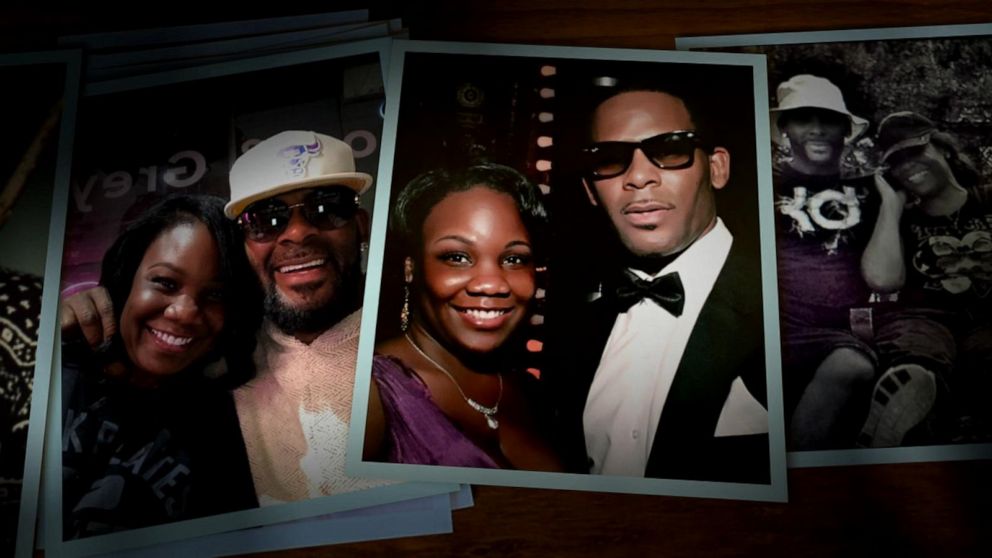 "I am a woman that believes that if a woman is accusing a man of sexual abuse, or anyone for that matter, we can't validate or invalidate," she said. "That's their experience. So I certainly would not want to try to validate it. 'Cause it's -- it's just not my place."

Tune into "Nightline" on Friday, Sept. 17, for more of Michael Strahan's exclusive interview with Diana Copeland.