Dwyane Wade will hang up the No. 3 jersey after more than 2,300 points, 13 All-Star appearances, three NBA titles and 15 years in the NBA.

The 37-year-old guard, who spent 15 seasons of his career with the Miami Heat, opened up about his time on the court as he looks ahead to retirement. 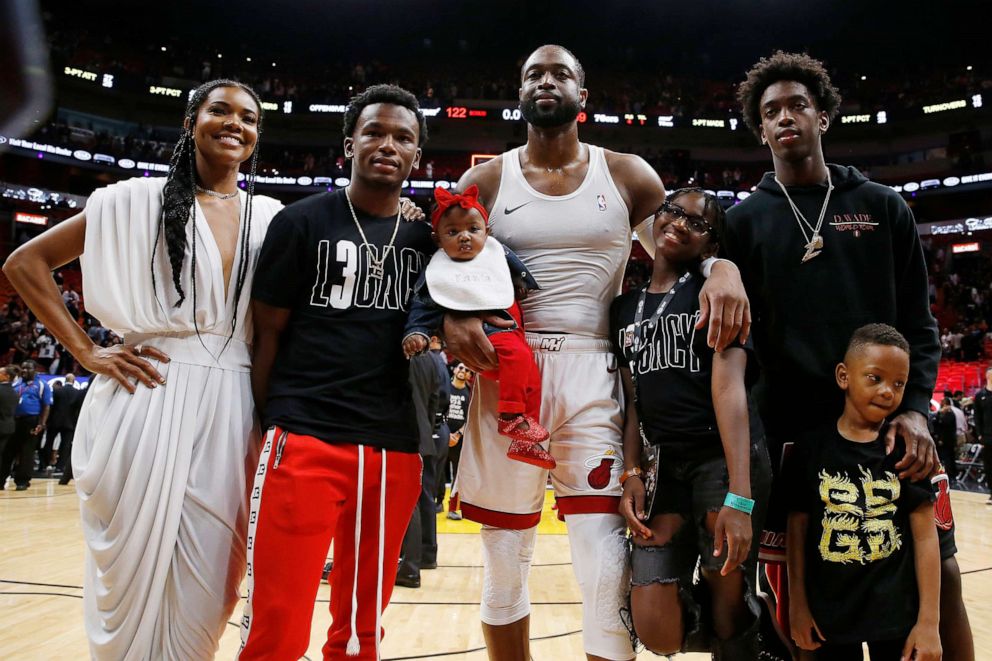 "I’m so lucky to be in the situation where I have a five-month-old daughter by my side -- it just was so fitting to have the opportunity to end my career with me carrying her," Wade said on "GMA" about his daughter Kaavia.

"I just want to thank the fans, they made this last season like a movie for me," he said.

In his final regular season game against the Brooklyn Nets at the Barclays Center, Wade's friends -- known as the "Banana Boat" crew -- sat courtside and witnessed his 25-point, 11-rebound and 10-assist performance, notching the fifth and final triple-double of his career. 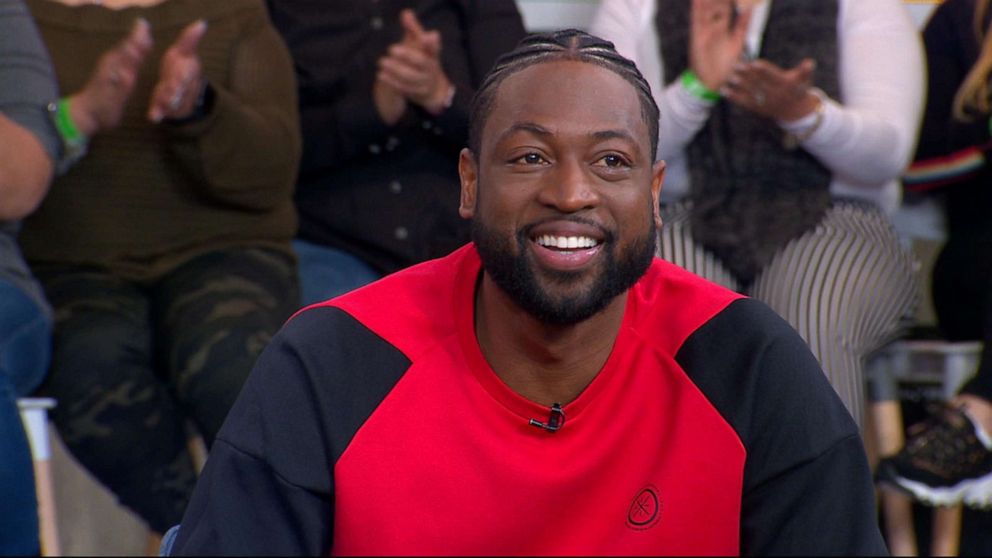 Wade also celebrated after the game with his wife, actress Gabrielle Union and singer Justin Timberlake. 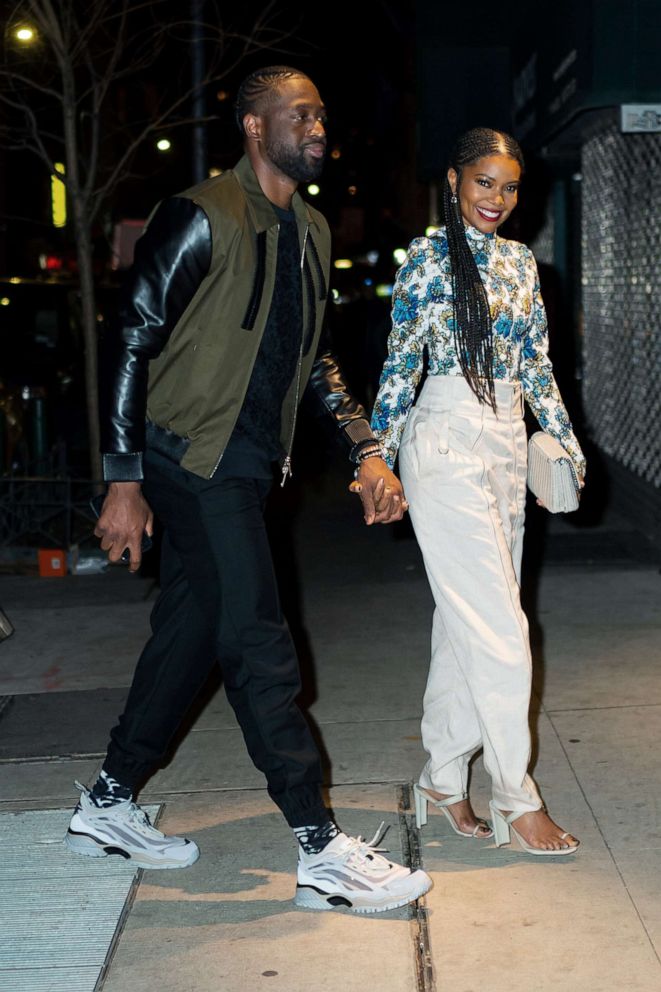 "I had a hangover," he admitted with a smile. "It was rough; I admit it's the first hangover I've ever had in my life, and it sucked."

What's next for Wade?

The NBA superstar is now on to enjoy time off the court with his wife and kids.

"I got so many things going on already," Wade said. "I just signed a lifetime contract with Li-Ning brand, my shoe and apparel brand." He also said he is starting a side company called Parkway and "has a lot of partnerships and relationships that I want to make sure to continue to grow."

Going out on top

Wade first announced his retirement last September in a video titled "One Last Dance," which became the name for his farewell 2018-19 season. 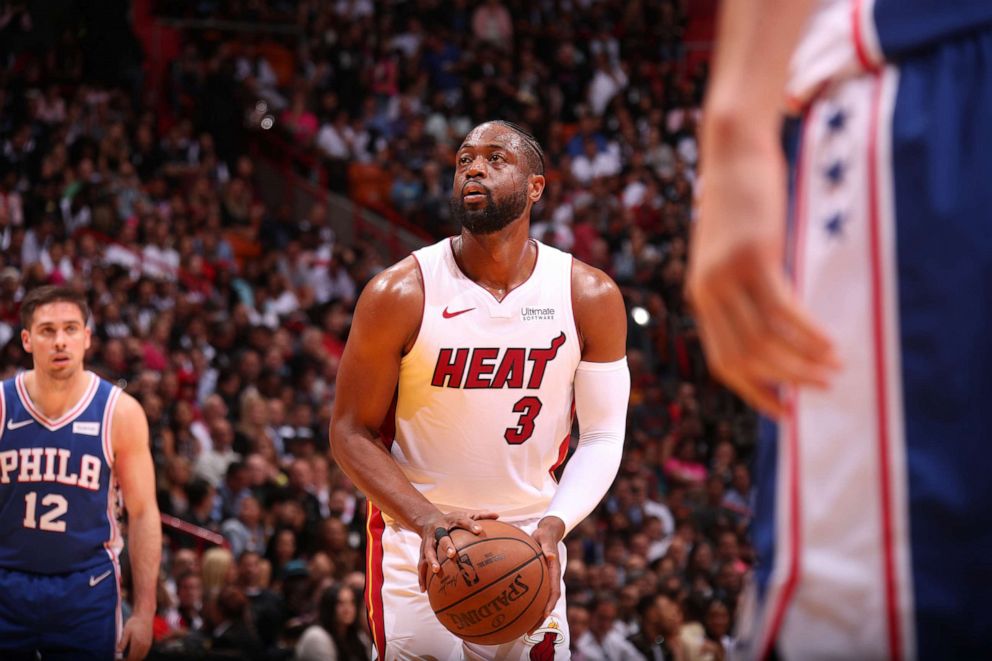 Issac Baldizon/NBAE/Getty Images
Dwyane Wade of the Miami Heat shoots a free throw during the game against the Philadelphia 76ers on April 9, 2019 at American Airlines Arena in Miami, Fla.

Wade, known as "Flash" for his speed on the court, racked up an impressive list of professional accomplishments. These are just a sample of his serious numbers:

- Third best shooting guard behind Michael Jordan and Kobe Bryant.
- Led the Heat to its only three franchise championship titles.
- Selected fifth in the first round of the 2003 NBA draft out of Marquette University.
- Scored 30 points in his final home game on Tuesday.
- 2008-09 NBA scoring champion
- Averages 22 points per game in his career
- 1,054 games played, started in 909 games (at time of publication)
- 30 points scored in his final home game appearance
- Top 30 in career steals- Two Olympic medals: one gold (2008), one bronze (2004)

Saying thank you instead of goodbye

"Walking off, I did the lap around the court with my wife, and I just wanted to thank the fans," Wade said on "GMA" of the game against the Nets that capped his career.

After the victory over the Philadelphia 76ers Tuesday night, an emotional Wade took the time to thank each of his teammates this season, including those who had been cut or traded, by name. 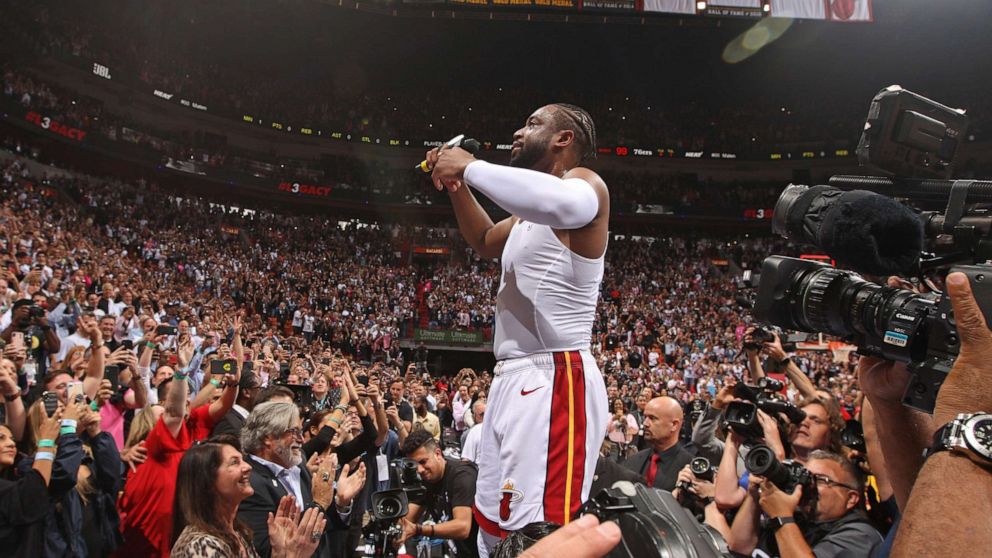 Issac Baldizon/NBAE/Getty Images
Dwyane Wade of the Miami Heat thanks the crowd after the game against the Philadelphia 76ers on April 9, 2019 at American Airlines Arena in Miami, Fla.

A touching tribute video began with Erik Spoelstra, Wade's head coach of 10 years. It transitioned to his former teammate Shaquille O'Neal, who narrated the first act of Wade's career -- including the first NBA championship they won together in 2006.

Then, the tribute turned the page to the second act, which was narrated by his longtime teammate LeBron James and covered the "Big Three era" in Miami, when the Heat won two back-to-back titles and reached four NBA Finals in as many years. It also included Wade's departure to Chicago, where he played for the Bulls in the summer of 2015.

The final act showed Wade's triumphant return to Miami last season and was narrated by three people: his wife, Union, his longtime teammate, Udonis Haslem, and Pat Riley, who coached and ran the Heat during Wade's entire career.

The video ended with a silhouette of Zaire Wade, who was shown walking all alone into American Airlines Arena. He mimicked some of his father's moves -- from the pull-up midrange jumper to a pump fake -- then slowly walked up the steps of the arena bowl to a microphone, where he sat down and introduced his father.

ESPN and FiveThirtyEight contributed to this report.