Mindy Kaling took to social media as Kamala Harris was sworn in as vice president on Wednesday with a message about representation.

The "A Wrinkle in Time" actress shared a photo to Instagram of her daughter, 3-year-old Katherine, watching the television as Harris, 56, made history as the first woman and first Black vice president.

"I was at work, but apparently she said: 'Is that mommy? It looks like mommy.' Best compliment I ever got! It matters. Happy Inauguration everyone," Kaling, 41, wrote.

Kaling's parents both immigrated to the U.S. from India in 1979, the year she was born. 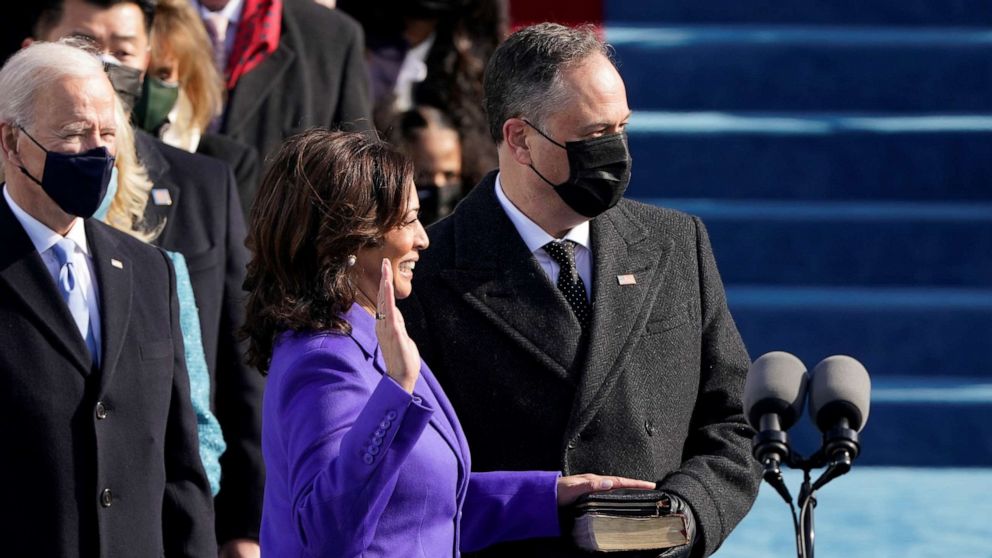 Patrick Semansky/Reuters
Kamala Harris is sworn in as Vice President as her spouse Doug Emhoff holds a bible during the inauguration of Joe Biden as the 46th President of the United States on the West Front of the U.S. Capitol in Washington, Jan. 20, 2021.
MORE: Mindy Kaling reveals she's given birth to her 2nd child, a baby boy

This isn't the first time the Emmy-nominated writer commented on what Harris' political journey has meant to her, her daughter and others who look like them.

When the 2020 presidential election was called for Joe Biden, Kaling -- who is also mom to her 4-month-old son, Spencer -- tweeted a photo of Harris and wrote, "Crying and holding my daughter, 'look baby, she looks like us.'"