Naya Rivera's family is honoring her memory and who she was as a daughter, sister, mother and artist on the one-year anniversary of her tragic death.

The "Glee" star went missing on July 8 at California's Lake Piru, where she had spent the day with her son, Josey Hollis Dorsey, who was 4 at the time and will be 6 in September.

After failing to return the boat they had rented for the day, a search began for Naya and Josey, the latter of whom was found, wearing a life jacket, alone in the vessel with the former nowhere in sight.

Naya's body was found five days after she went missing. The actress' death was ruled an accidental drowning, and she was laid to rest on July 24. She was 33.

One year later, Naya's mother, Yolanda Previtire, told ABC News' Juju Chang and "Good Morning America" the sadness associated with losing Naya often becomes too much for her and her family to deal with. 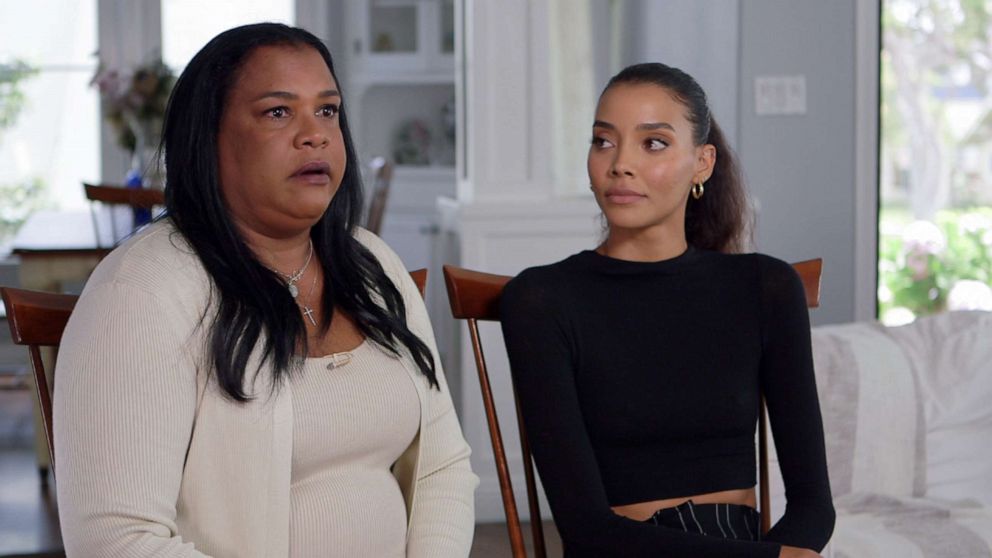 "Sometimes we're afraid of the sorrow being so heavy that we're afraid for our own self, 'cause this is hard. There are no words to describe what we're going through," Yolanda said. "All we know is we have each other."

Yolanda also noted the family is in therapy to help with the shared trauma.

MORE: How the 'Glee' cast celebrated Naya Rivera at the 2021 GLAAD Media Awards

Naya's little sister, Nickayla Rivera, told "GMA" what keeps them going is taking things "one day at a time."

"And taking that one day at a time and living it to the fullest, loving each other to the fullest, and not regretting anything," Nickayla said. "Because I know if we could go back, we'd hug a little bit harder."

2:32
&quot;Glee&quot; star Naya Rivera, 33, died of accidental drowning in Lake Piru near Los Angeles, an autopsy confirms. From &quot;Family Matters&quot; to &quot;Glee,&quot; the actress was in the spotlight from a young age.

Though he couldn't be present for the interview, Naya's little brother, Mychal, told "GMA" in a statement: "One year without you, one year closer to when we will meet you again. Your endless energy lives on. May you continue to rest so graciously, Naya."

MORE: Naya Rivera honored by ex-husband, 'Glee' cast on what would have been her 34th birthday

Yolanda's message to her daughter's fans on this somber anniversary is for them to "love life," and she said she is reminded of that each day by Naya herself.

"I feel Naya's energy constantly telling me, 'Mom, be happy. Don't cry. I'm OK. Go get Josey. Have fun.' And I feel that it's coming from her," she said. "I literally wake up every morning, and it's almost like a restart button, and I have to shake it off … one foot at a time," she said. "And here we are."

Yolanda said she remembers the last time she saw her daughter, via a video call, on the "beautiful morning" Naya and Josey set out for their adventure on the lake, the day her family's lives changed forever.

"I missed two of her FaceTime calls, and I called her back. And we had a beautiful conversation. The sun was kissing her face and she was just beautiful," she said, her voice breaking. "She had a white, beautiful swimming suit on and she was glowing."

Yolanda said she was taking screenshots of Josey fishing from the boat during the call. These photos would end up being useful later, as search teams scoured the area for Naya. 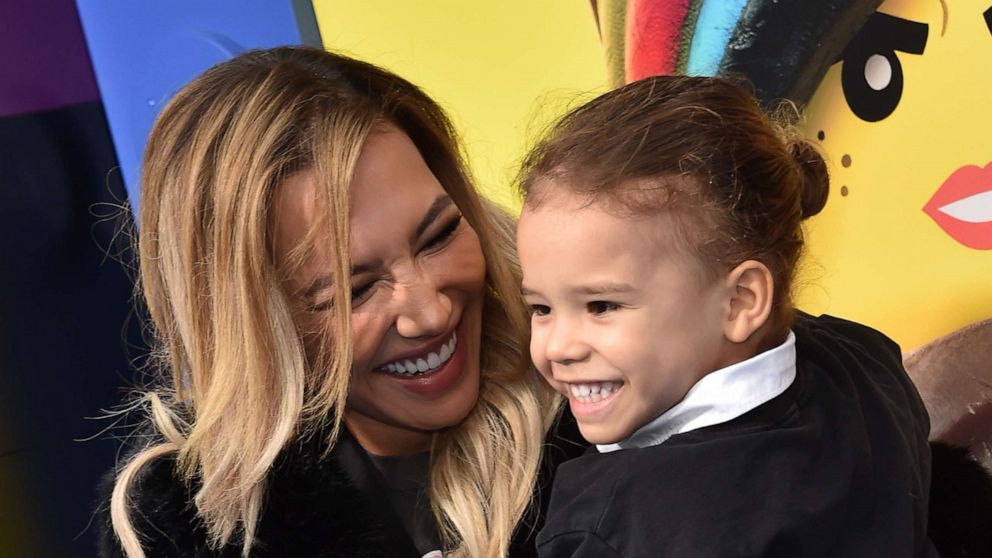 "Thank God I took the pictures, because they were able to look at the topography of the land to locate where they were," she said.

Yolanda recalled not being able to take a clear screenshot of Naya and she told her daughter "the water's gettin' choppy" and told them to go to a cove as the water tends to be "a little bit calmer" there. Before hanging up, she told Naya to call her when they got off the water.

Later that day, two detectives showed up at Yolanda's house to tell her that Josey was safe, but Naya was missing.

"It was almost like a force. I don't know what it was, but I literally was just pushed backwards. I just ran backwards, if you can imagine, just screaming and I ended up in the bathroom. I slammed the door, I was on the floor and I had to gather myself," she said.

Nickayla said the next five days of searching for Naya were "absolute hell" and called the moment they found Naya "a relief, in a way."

For the first few days, Yolanda would wake up early in the morning, go to the lake and stay until late at night each day, saying her "faith" told her to be there for Naya and she pleaded with God to "bring her back to us." 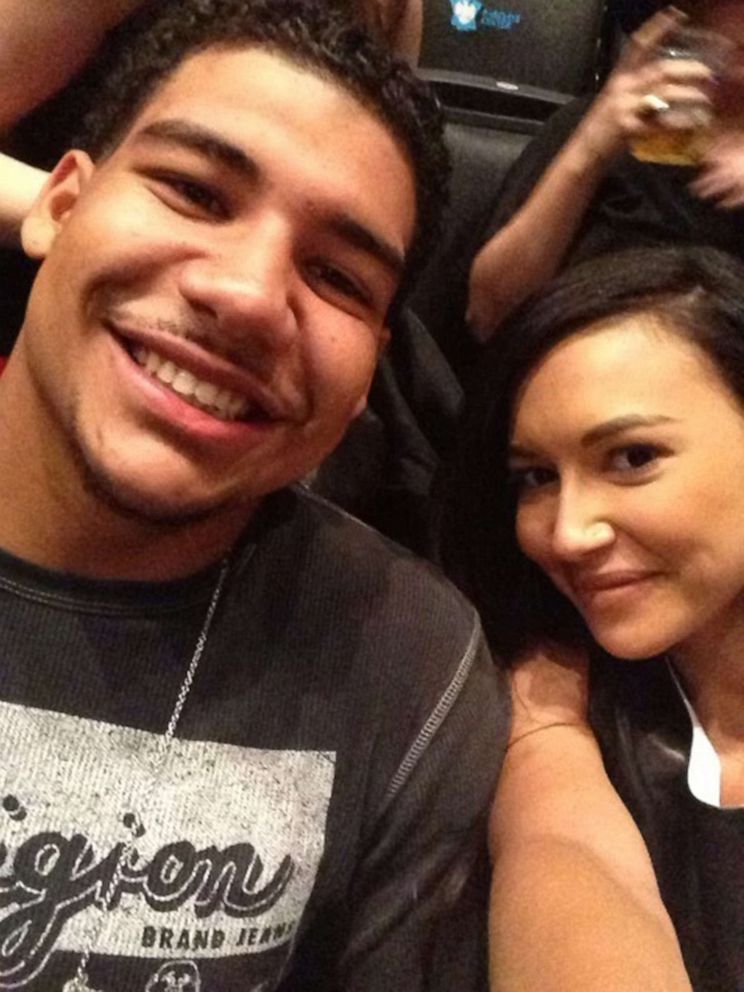 Yolanda said she was unable to go for the last day of search because of everything she was putting her body though and she asked for Josey to come over so she could make him pancakes.

"Josey was at the house literally probably for no more than 30 minutes, and he was sitting there eating his pancakes, 'cause that was his favorite thing to do at Grandma's house," she remembered. "And the phone rang."

This was the call they had been waiting for. Naya's body had finally been found.

Yolanda said she wanted to thank everyone who helped in the search, recalling how they were "just overflowing with kindness" and how her family "really felt the love."

In particular, Yolanda shouted out Naya's fellow "Glee" castmates for showing up and supporting her family during the tragedy, noting that Naya may have been part of the cast, but that they all "became a family."

Thinking back to when Naya was a little girl in elementary school, Yolanda said she could always find Naya "in the backyard on her swing, just swinging back and forth and just singing, hitting high notes."

This passion for entertaining blossomed in Naya from an early age, from being a child star to when she landed her career-making role on "Glee." 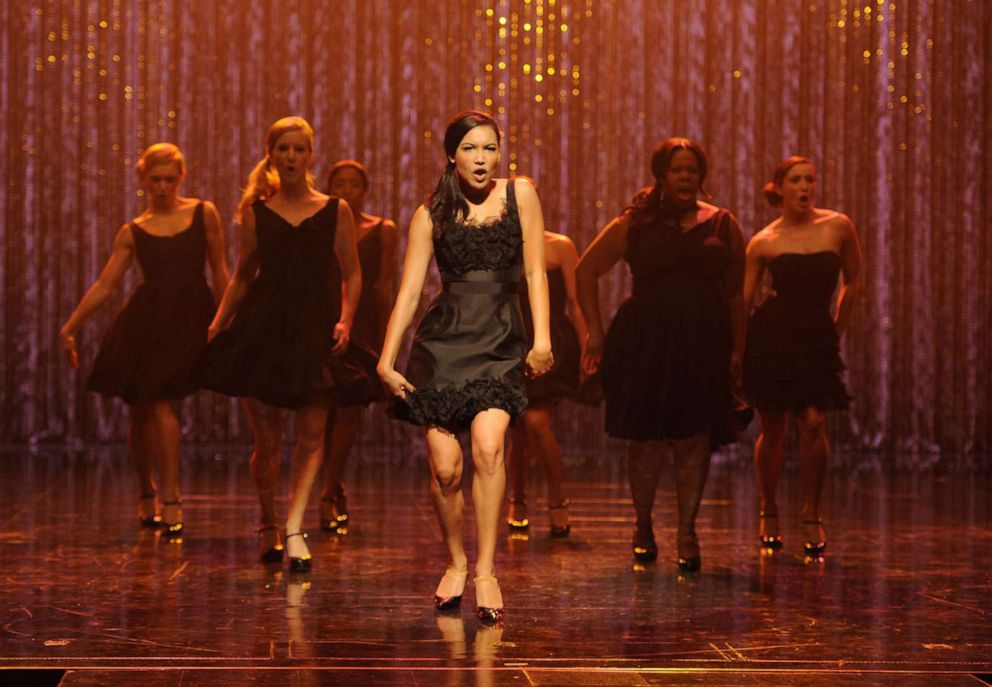 "Her work ethic was impeccable, and she just dived into it. She had this cool swag about her," Yolanda said.

Nickayla said she doesn't think Naya even realized how monumental her character, Santana Lopez, was when it came to providing a rare example of queer Latinx representation.

"It was really awesome to hear the personal stories," Nickayla recalled, adding that people would come up to Naya "all the time" and say she saved their lives or helped them come out to their family. "My sister, even though she was acting, was touching people's real lives and helping them become who they really are and not being ashamed of that. It was just really amazing to see that she had that impact."

"She persevered, she motivated herself and she got to where she needed to be to inspire all of those people around the world," Nickayla said. 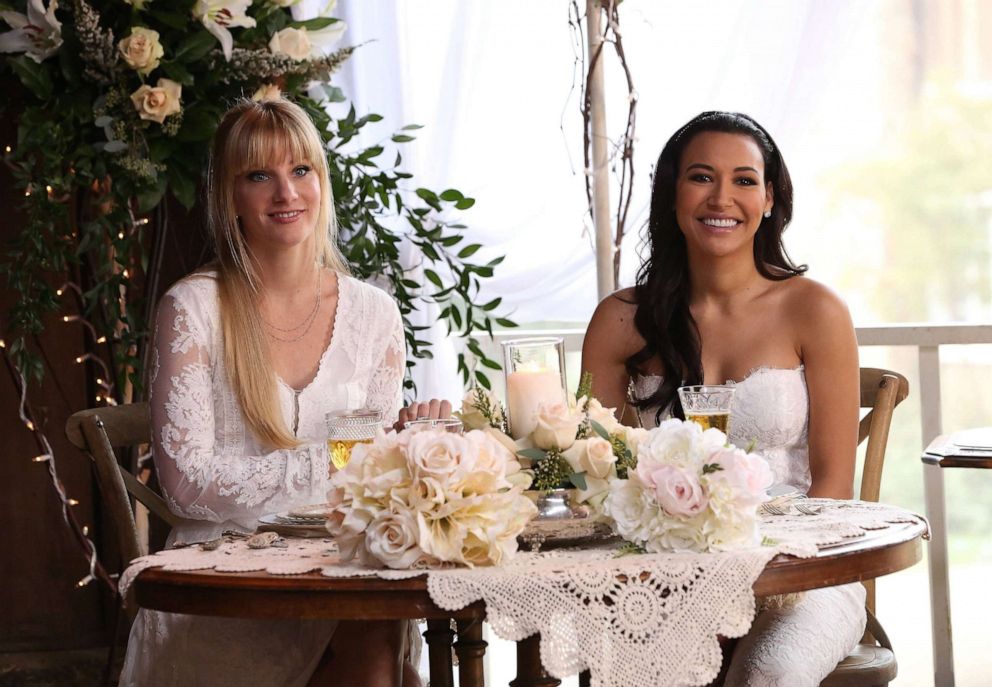 FOX Image Collection via Getty I
Heather Morris and Naya Rivera portray Brittany and Santana during an episode of the television show "Glee" when their characters get married.

Yolanda called Josey "a boy version" of his mom "in every sense," pointing out "his tenacity, his drive, his zeal, his adventure for life."

Nickayla said she also sees a lot of Naya in Josey, describing him as "such an outgoing boy" who "doesn't take anything from anybody -- and neither did Naya."

"And the biggest thing is he loves entertaining," Nickayla chimed in. "He loves singing at the top of his lungs."

Yolanda said the family doesn't tiptoe around discussing Naya around Josey, admitting that "he misses his mom" and that she is part of every conversation they have because "he recalls their life together."

Nickayla and Yolanda said they're "honest" with Josey when he says he misses Naya, telling him they do too.

"It's almost like we're feeding off each other and lifting each other up. Josey has lifted me up so many times," Yolanda said, noting that he will tell her they'll all see Naya again one day. "He's comforting that way, and we do the same for him." 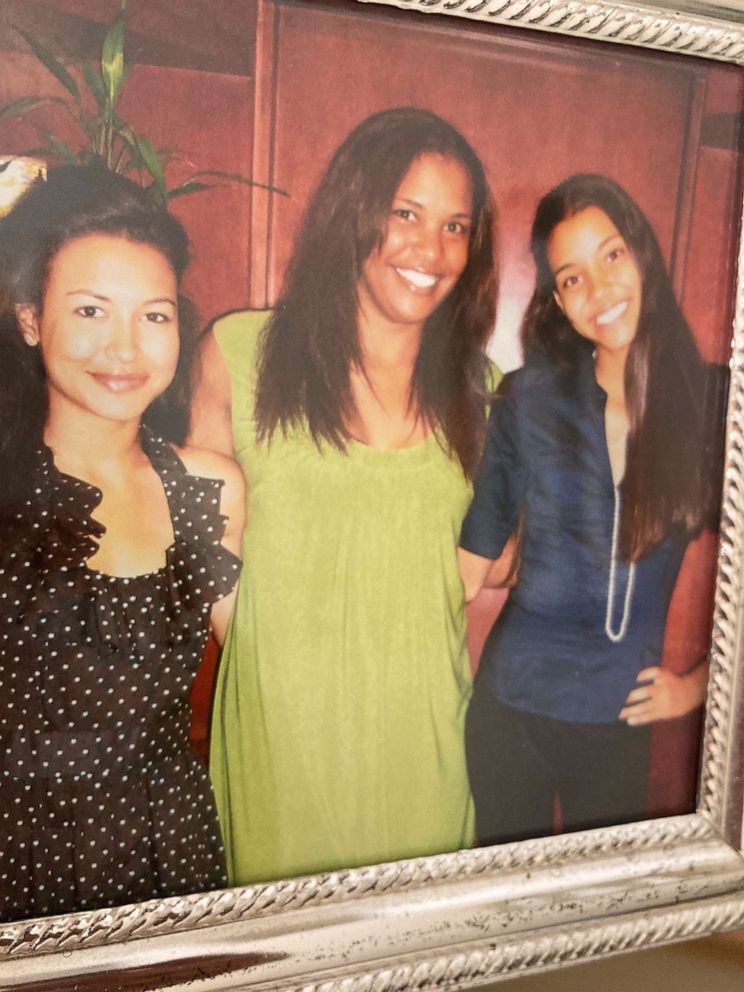 At Josey's request, Nickayla moved in with him and his father and Naya's ex-husband, Ryan Dorsey, to be there for him as he grows up.

"I'm very grateful to be able to help him transition into whatever he's going to be next," he said. "I knew right when it happened, right when we got him, I knew the role that I had to take. That was a big change, and something that I had to get used to too."

As for Naya's legacy, Yolanda said she hopes who she was as a person -- her whole self, from her home life to the people she played in her roles -- to stand the test of time.

"I would like my daughter Naya's legacy to be one that teaches people to love, to care. If something is not right, try to fix it or speak up," she said. "And to just live life. God has given you one life. You are your own person. Love who you are, 'cause you don't get another life."