Angela Kinsey may have the same name as her iconic character on "The Office," but the actress says they don't have that much in common.

"I also love cats, I do, but I also love dogs ... scandalous," Kinsey said. "I just love animals, so I think we have that in common and I think we both have a little bit of sass." 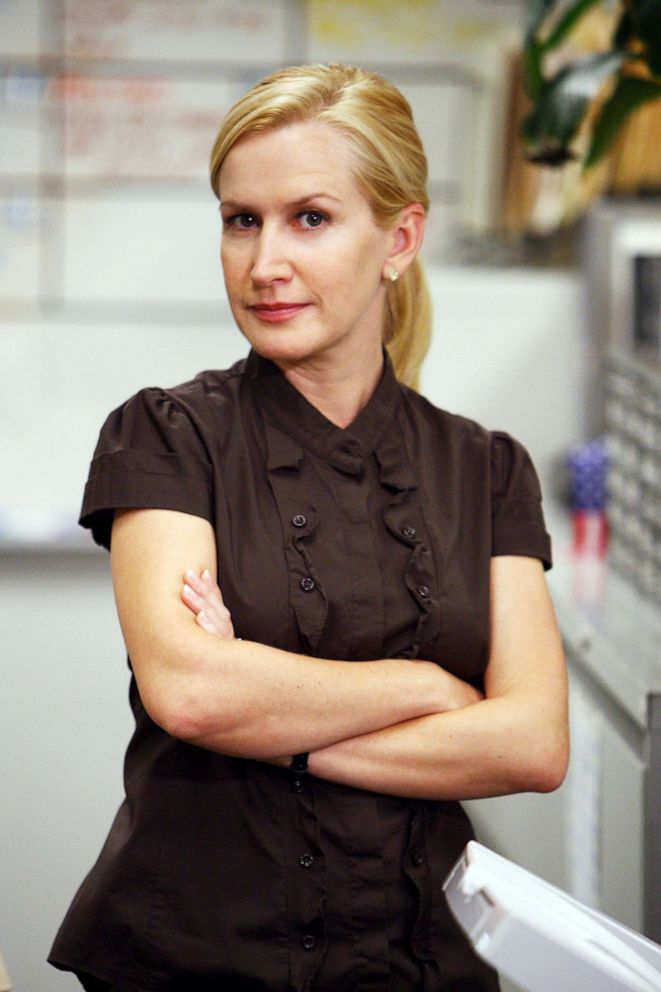 For Kinsey, comedy comes naturally and has been a part of her life from a young age.

MORE: Take it from 'Unbreakable Kimmy Schmidt' star Ellie Kemper: Take it 10 seconds at a time

"I loved comedy, I was part of an improv group at my school," she said.

From school comedy groups to the starring in "The Office," the actress looks back on some of her biggest moments and the lessons she's learned along the way.

Remember moments that make up the memories 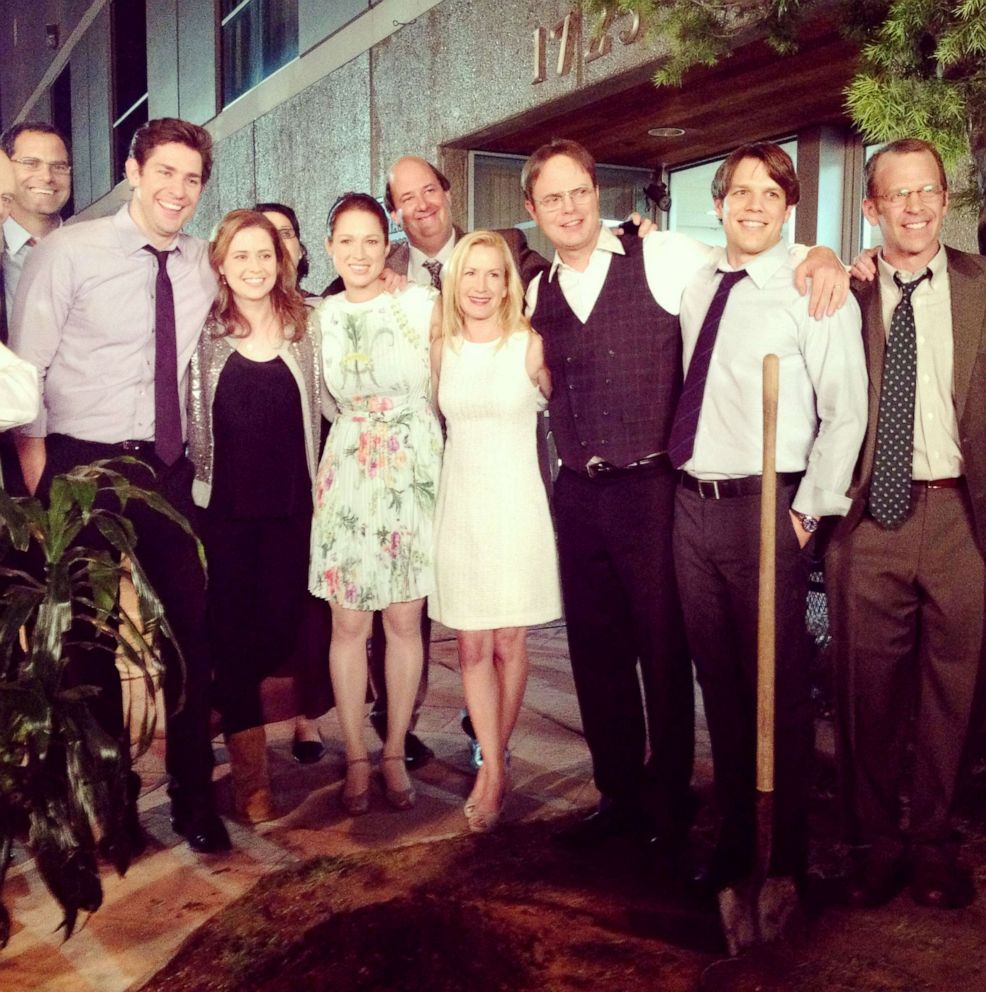 There are so many reasons to love "The Office" and Angela Martin is one of them.

Kinsey recalls auditioning and not knowing what to expect from the show.

"When I was cast on the show, you know, all of us have done many pilots and different jobs that didn't go, that's kind of life in show business," Kinsey said. "If a show goes, it's the 'lightning in the bottle' moment."

Through its run, "The Office" received numerous awards and is considered by many to be one of the most iconic sitcoms.

"This is something that's going to live forever," she said. "Many generations are going to find it and it's going to speak to them."

For Kinsey, the show brought a lot of great memories and friendships with fellow cast members such as Jenna Fischer, who played receptionist Pam Beesly on the show. 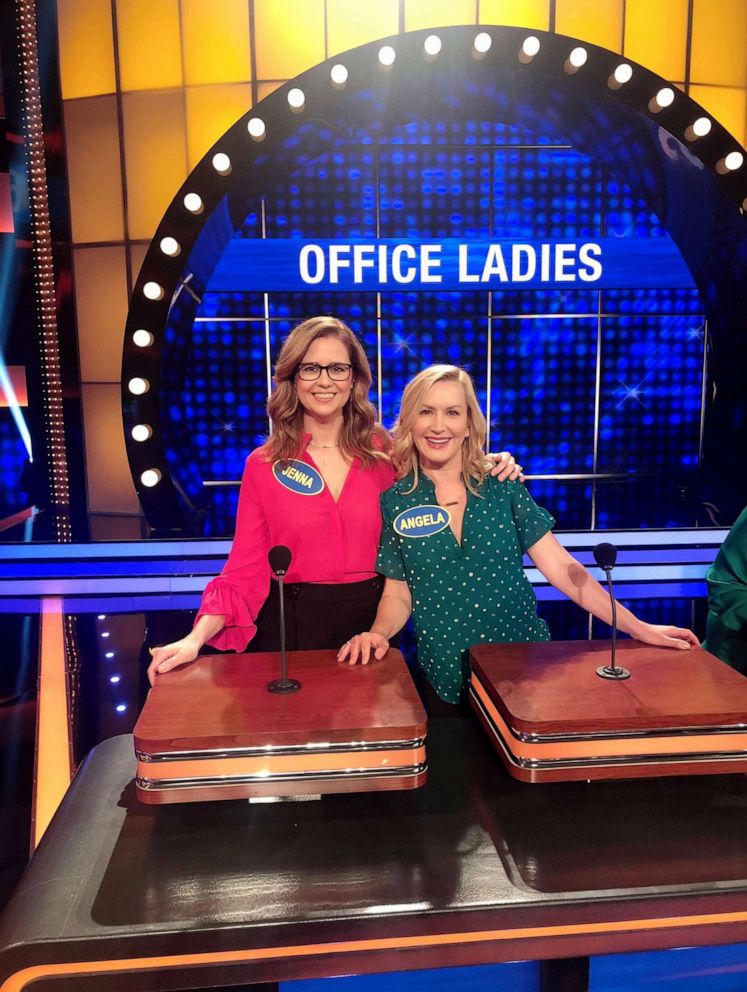 Today, the pair host the podcast "Office Ladies," where they re-watch episodes of the sitcom and provide behind-the-scenes commentary.

"It's a dream come true, I get to work with my best friend talking about one of the best chapters of my life in sweatpants," Kinsey said.

We all have more in common than we do different 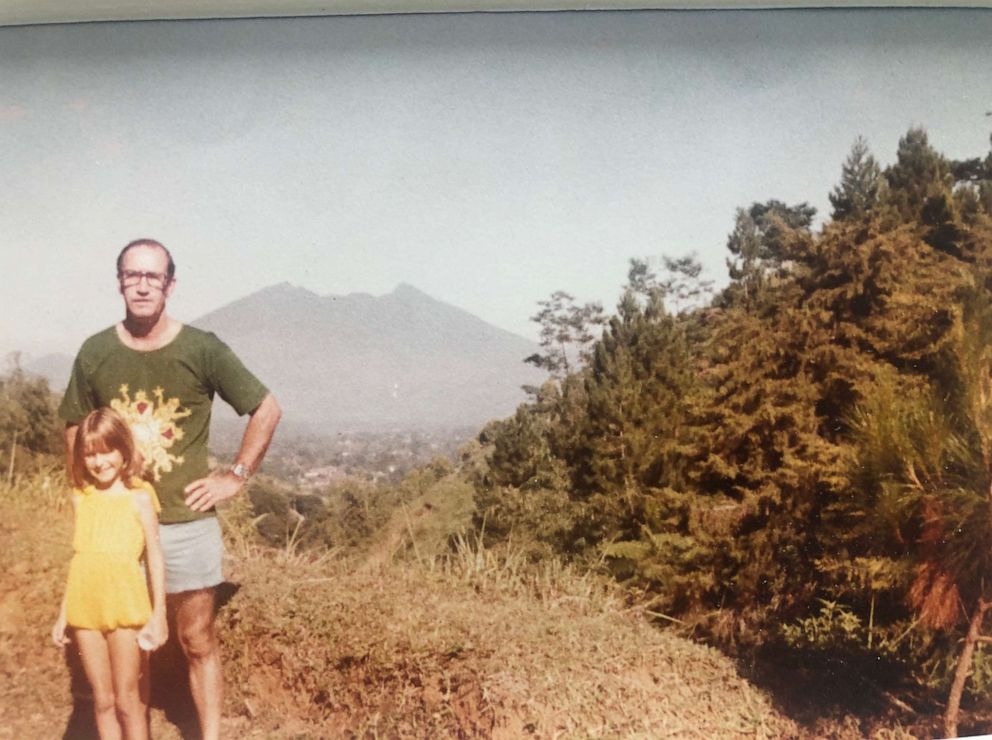 Courtesy of Angela Kinsey
Angela Kinsey with her dad in Indonesia where the star grew up as a child.

When Kinsey was 2 years old, her family relocated from the U.S. to Indonesia, where she spent most of her childhood.

The actress says she grew up close to family and recalls going on many adventures with her parents.

"My parents were so encouraging of me exploring the world around me," she said. "I remember getting up in the morning and telling my mom I wanted to go exploring, and she was like, 'OK.'"

Kinsey calls growing up abroad an eye-opening experience and one that exposed her to different cultures.

"I learned at a really early age that we have more in common than we do different," the actress shared.

She considers it one of the most important life lessons and is grateful she learned it early on.

"It's something that I've carried with me my whole life and that I try to share with my children," she said.

You don't always have to be part of the crowd 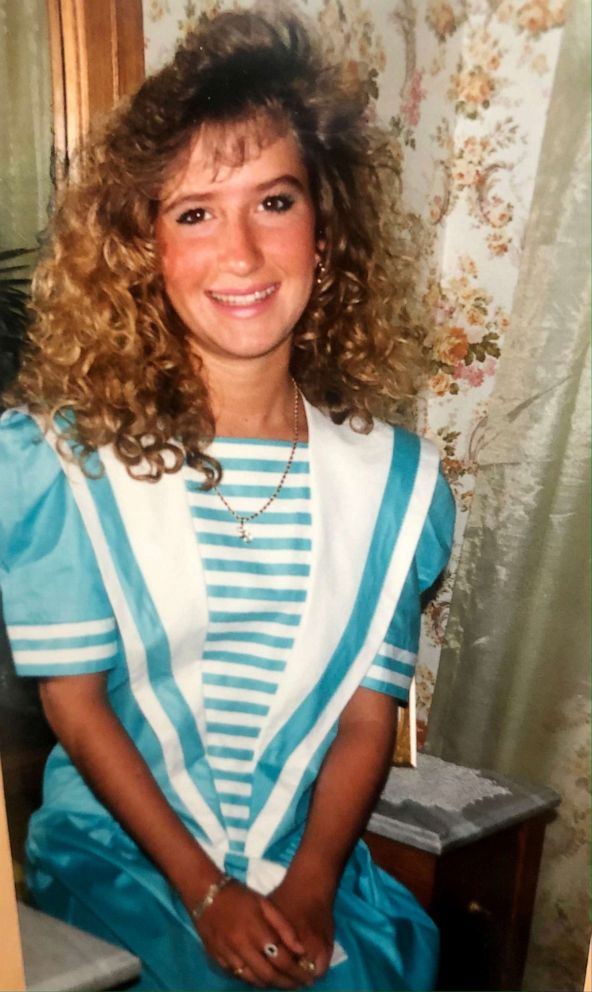 When Kinsey was a teenager, her family moved back to the U.S.

"I was a true fish out of water," she said. "I recently watched 'Mean Girls' and it wasn't that extreme, but that's what I felt like. I grew up in this other country and a lot of the people I was going to school with, they didn't know where Indonesia was."

As a way to form relationships, Kinsey turned to comedy.

"One of the ways I would try to fit in is to tell a joke, you know, be the funny person," she explained. "Comedy is what was the even playing field for me when trying to make friends."

Although she sometimes found her background to be a challenge to connect with others, she realized it's her differences that make her unique.

"It's OK to be different, in fact, the fact that you're different is fantastic," Kinsey said.

Live in the now 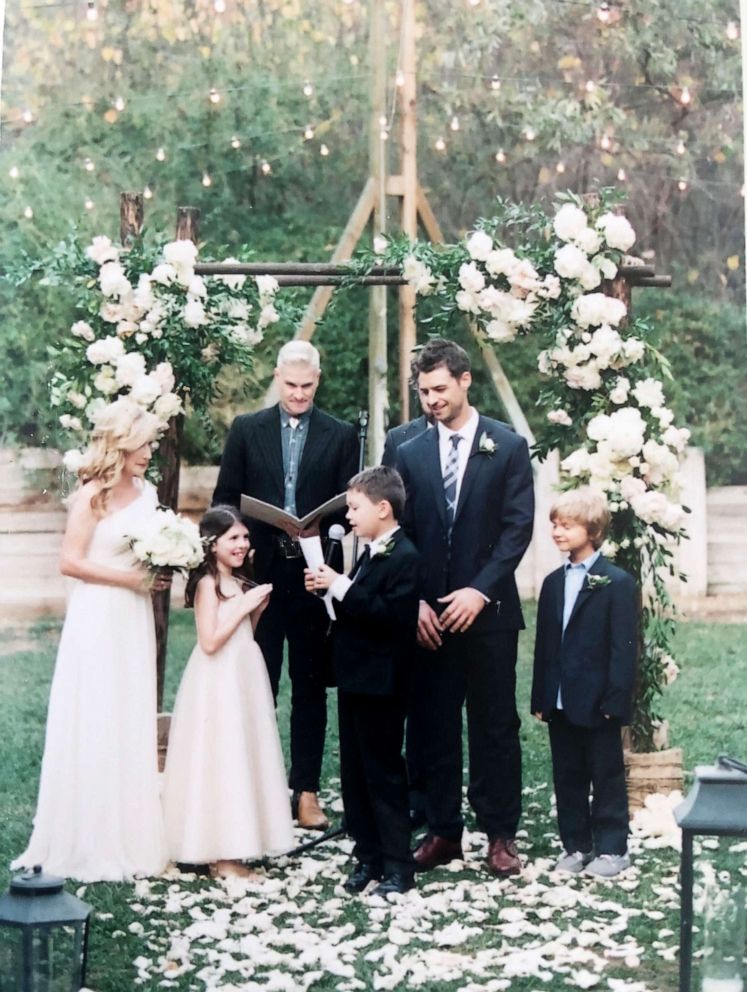 Courtesy of Angela Kinsey
Angela Kinsey with her husband, Joshua Snyder, and kids on their wedding day.

"I certainly didn't think I'd get married again, I don't think Josh did either."

Together they co-host the YouTube show "Baking with Josh & Ange" and co-parent their three kids.

"We are a blended family and our kids get along so well," she said. 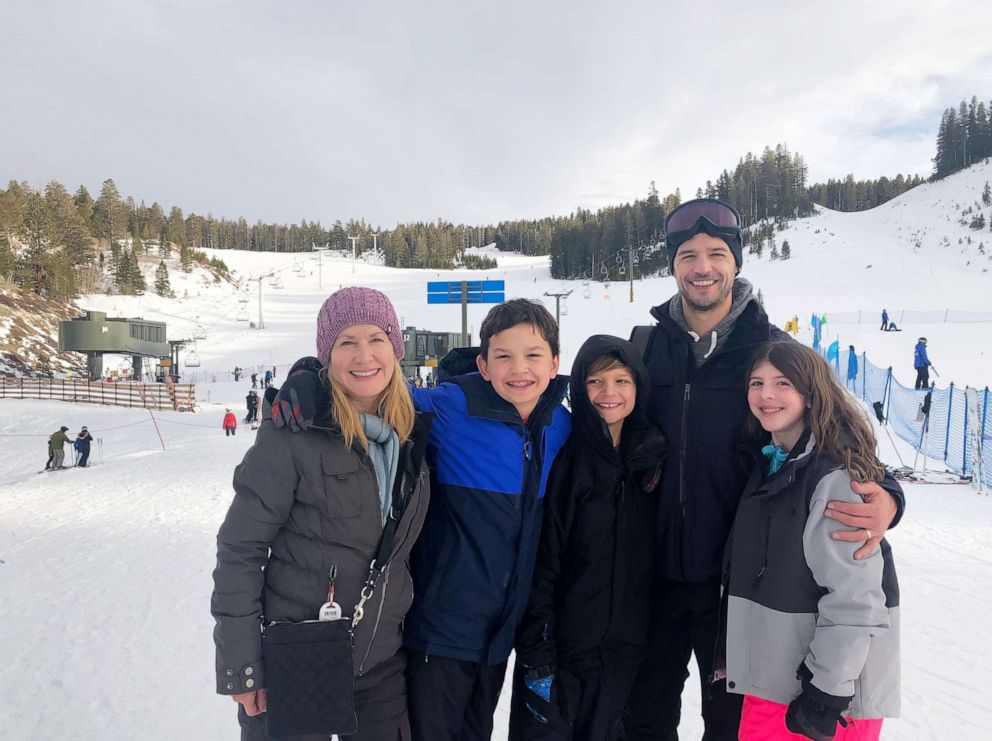 Courtesy of Angela Kinsey
Angela Kinsey with her husband, Joshua Snyder, and kids on vacation together.

The actress recalls being a single mom to her daughter Isabel.

"It was just me and my daughter, and all of a sudden, there were these rowdy boys in our life and they just made our house a home," she said.

As a mom, Kinsey says she's learned so many lessons from her kids.

"The biggest thing I learned from my kids is that they live in the moment," she said. "I think that is such a valuable thing."

It's OK to push the reset button 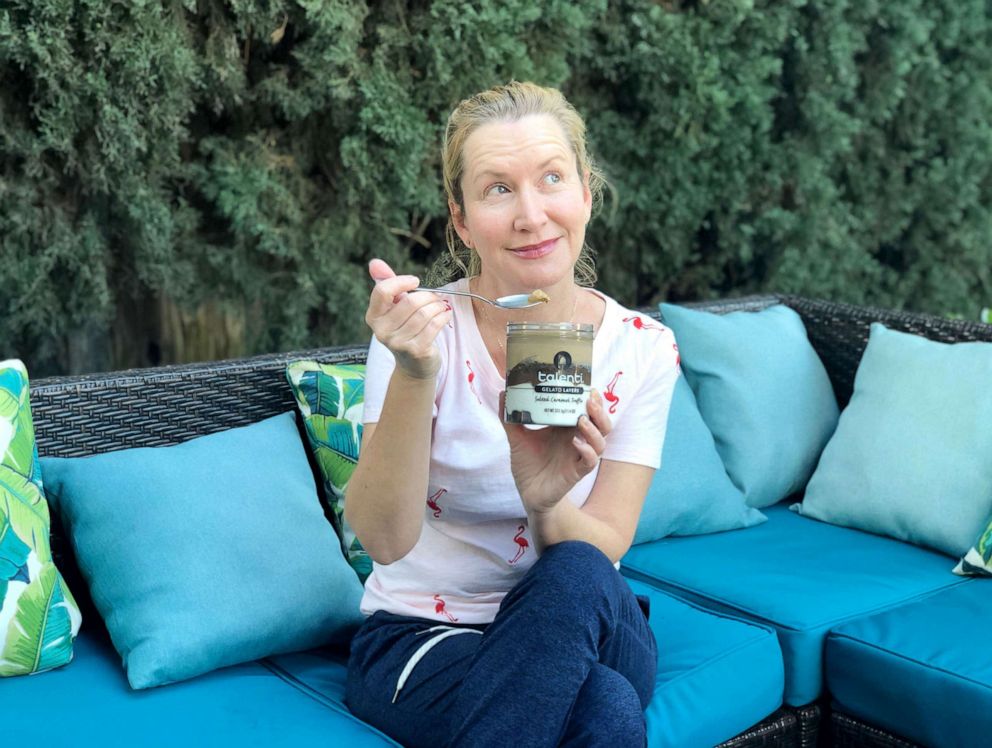 Being a parent has also taught Kinsey a lot about herself and that self-care is important.

"Taking time for yourself as a parent is important and it comes in many forms,"

MORE: Here are 5 ways to practice self-care for free

For Kinsey, she opts to unwind with one of her favorite sweet treats, ice cream, and the actress has teamed up with The Ice Cream Shop, a virtual store and new way to order ice cream through your favorite delivery apps.

She says that hitting the reset button is important and whether you're enjoying ice cream or just taking a few moments to yourself to relax, it will make you a better parent.

There's no shame in taking that moment," she said. "You're only going to be good to your family when you've had a moment to reset."