Emmanuel Acho wants to be a bridge of communication.

In the wake of George Floyd’s murder, the former NFL linebacker posted a nine-minute and 27-second video about systemic racism in the U.S., in which he didn’t read off a script but spoke straight form the heart.

The video garnered millions of views in a matter of days and was intended to be an educational space to fill the disconnect around systemic racism between the Black community and non-Black people.

MORE: GirlDad Aloe Blacc teaches his kids to be proud their Black heritage

Acho went on to become the host of his own show called "Uncomfortable Conversations with a Black Man" on Youtube featuring celebrities such as Oprah Winfrey, Matthew McConaughey, and Chip and Joanna Gaines. Acho is also the author of a book by the same name.

“They’re really convos I’ve had my whole life,” he said.

Before becoming the host of his new show, Acho had a long life of conversations and experiences that he says equipped him to be who he is today.

Be confident in who you are. 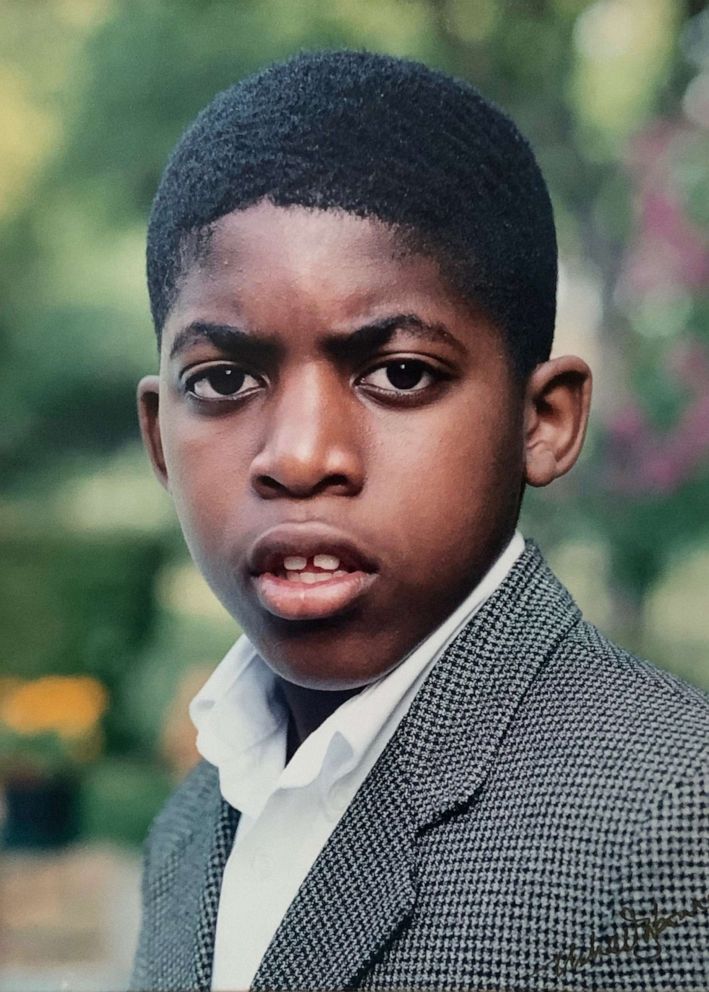 Courtesy of Emmanuel Acho
Emmanuel Acho pictured as a child during a undated family photo shoot in Texas.

Acho says his first introduction to racism began at the young age of 10. However, he didn’t realize he was experiencing overt racism until much later.

MORE: Take it from author Jodi Picoult: Don’t worry about what you should be, just be

“That’s to imply that I sound too intelligent to be Black,” he said.

The football star and host later realized that racism comes in many shapes and forms, even something as simple as a backhanded compliment.

Acho began to question his own Blackness because many people continued to tell him he wasn’t "Black enough."

Looking back, he tells his younger self to remain confident in who he is.

“Don’t become insecure in who you are based on what other people say about you,” he added.

Operate your life out of care, not fear. 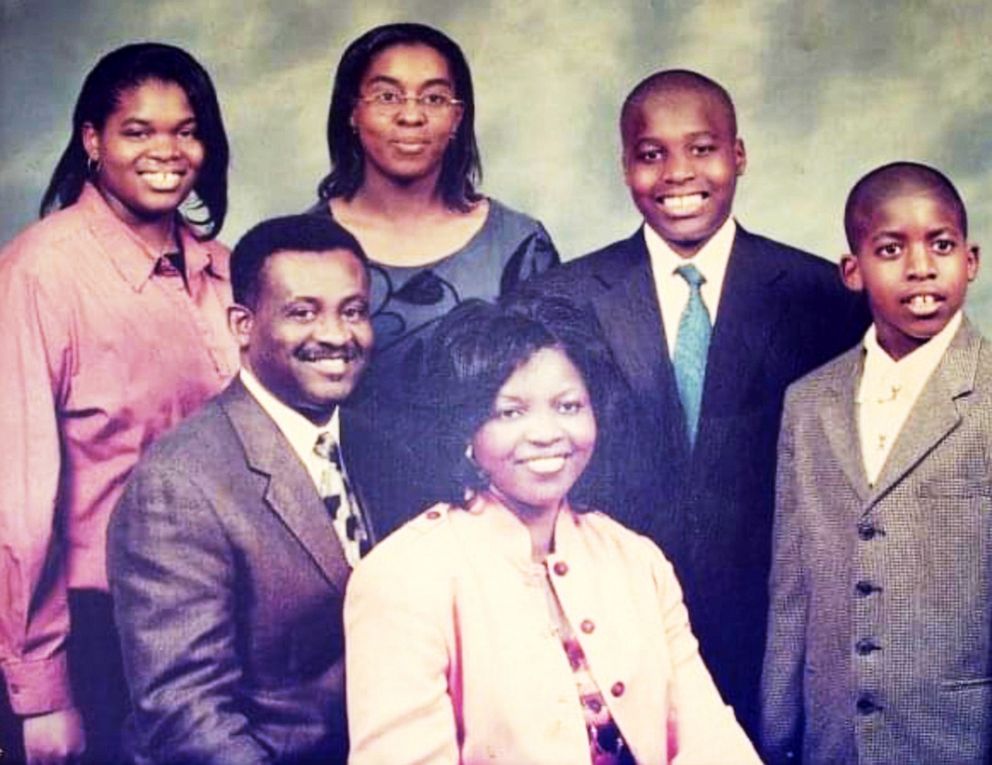 In a world where you don’t know who you can count on, Acho says “family is everything.”

His parents, Sonny and Christie Acho, took the football star and his three older siblings, Chichi, Stephanie, and Sam, to Nigeria every summer on a medical mission trip. Through their annual trips, the Acho family helped build a hospital for a village near his parents' hometown.

MORE: Take it from 'RuPaul's Drag Race' royalty Alyssa Edwards: 'Don’t dream it. Be it.'

As a result, they were able to help many people through their trips. However, he says, while not everyone has the means to take such trips, conversations can have just as much of an influence.

“Sometimes I encourage people to talk because talk is the easiest barrier of entry.”

He adds that people never know what others are going through or what they’ve gone through in the past and having conversations is what can aid a connection.

MORE: Being an involved father is so important to this stay-at-home dad

“If we don’t expose ourselves to other cultures, to other races and religions, then you’ll navigate your life out of fear instead of care for others.”

Every loss comes with its own gain. 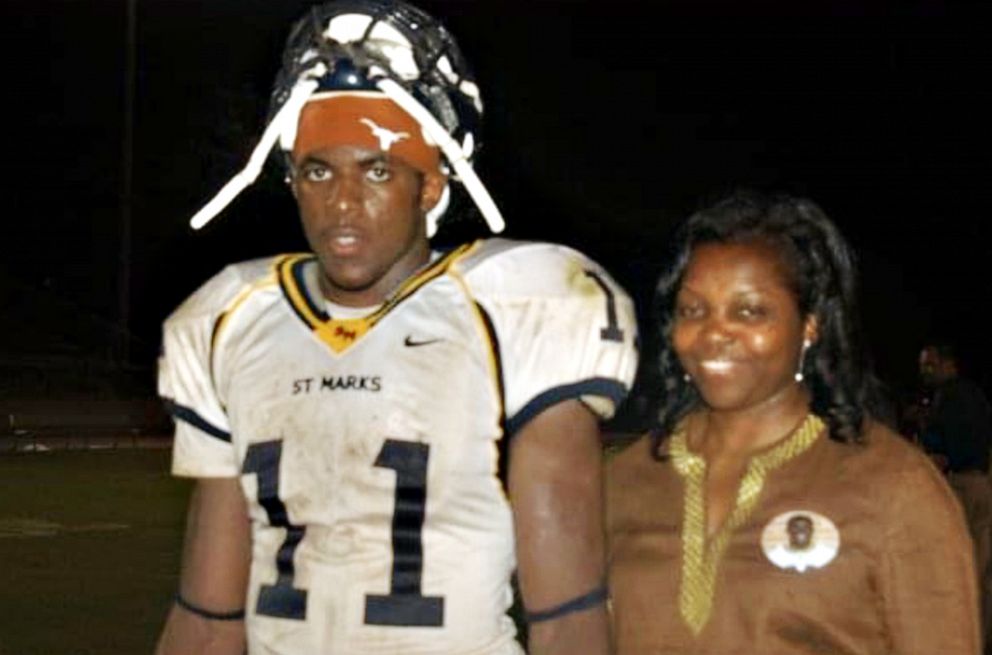 Courtesy of Emmanuel Acho
Emmanuel Acho pictured with his mom, Christie Acho, as a senior in high school.

Acho graduated from the St. Mark’s School of Texas and went on to play football at the University of Texas before beginning his NFL career.

“When I got to college, I realized so much of what I had learned about people who look like me was a lie,” he said.

The young football star graduated from a high school that had only five Black people and later went on to join a university team with close to 90 Black young men on it.

The stark difference in environments was a huge awakening for him. Acho says he grew up with Nigerian culture, not necessarily Black culture.

MORE: The inspiring story of the first black female reporter for The Washington Post

Once he arrived at the University of Texas, he realized there was “so much beauty, so much confidence, so much charisma, so much talent amongst Black people.”

While he had an identity crisis upon arriving to his new school, he tells his younger self as well as other young adults in this position to not worry about any missed time. 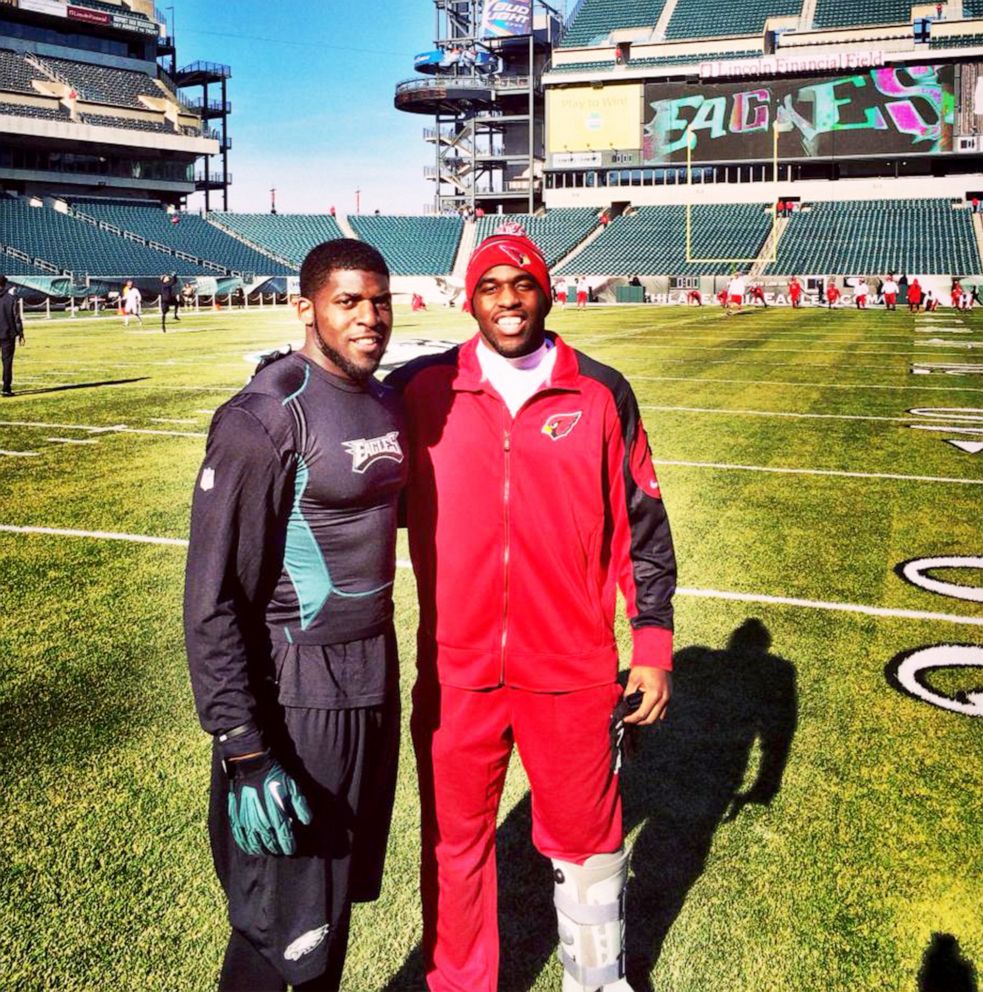 Acho was drafted into the NFL in 2012 and joined the Philadelphia Eagles in 2013. His older brother, Sam, also played in the NFL for the Arizona Cardinals.

“Two brothers playing against each other in the National Football league, there’s nothing like that. That was a special moment.”

The 30-year-old calls his experience with the NFL eye-opening because of his exposure to yet another culture. From attending a predominantly white high school to a college experience with Black students from multiple backgrounds to now a professional experience where everyone had money.

Athletes, celebrities and public figures have been given money, fame and status, and he says more is required of them now. While they should be speaking on important topics, they need to also be educating one another and themselves.

Don’t be scared to do anything because you can’t do everything.

Juan Jose Photoraphy
Emmanuel Acho is the host of the virtual series 'Uncomfortable Conversations with a Black Man.'

"Uncomfortable Conversations with a Black Man" is a show that Acho says he started at “one of the most polarizing and volatile times in the country.”

As protests erupted across the country after George Floyd's death, Acho knew he couldn’t sit on the sidelines waiting for change to happen. He had to do something about it.

MORE: Take it from Hunter McGrady: Self-love is a lifelong journey

Acho sat in front of an all-white wall and recorded what became the first episode.

The video later evolved into a series and a book that seeks to create real and raw dialogue about racism in the country.

Acho says what inspired him to start the series was conversations with his group of white friends.

Through his series and book, Acho hopes people realize that they have the power to make change to the immediate world around them through raw conversations about systemic racism and social injustice.

“Just ‘cause you can’t do everything doesn’t mean you don’t do anything at all,” he said.