By Brittany Berkowitz, Will Linendoll

Video by Brittany Berkowitz, Will Linendoll
Share —
Sign up for our newsletters to get GMA delivered to your inbox every morning!

Sarah Michelle Gellar is still slaying the game. Not just as a mom and entrepreneur, but also in sinking her teeth into acting again.

Gellar is executive producing and starring in the limited series "Sometimes I Lie," which is based on a novel. She’s also working on "Other People's Houses," a dramedy set to air on Fox.

While it’s been a few years since Gellar left Sunnydale, she credits “Buffy the Vampire Slayer” as being one of the biggest learning experiences of her career.

“It would be hard to encompass in one sentence what “Buffy” taught me,” Gellar told “Good Morning America.” “That’s a once-in-a-lifetime gift as an actor, and realizing the importance that holds is still really overwhelming and very special.”

From her iconic roles in the ‘90s to tackling motherhood, Gellar got right to the point when it comes to advice she would give to her younger self.

In 1997, Gellar became “the chosen one” when she was cast as Buffy Summers.

“When you have time and you understand the impact that that show had, your really appreciate the experience,” Gellar told “GMA.”

During its first season, Gellar had no idea that “Buffy The Vampire Slayer” would resonate with as many people as the show eventually did.

When it comes to her role models, Buffy Summers is still a top pick for Gellar.

(MORE: The cast of 'Buffy the Vampire Slayer' reunion has fans freaking out)

Have the courage to fight your demons. 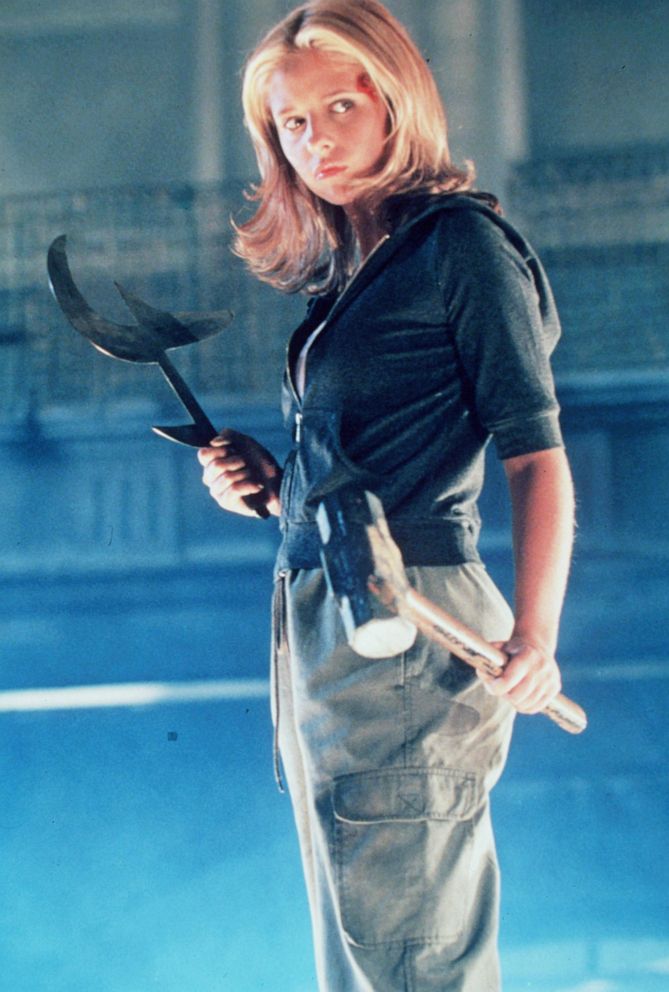 “I think she’s such an incredible role model for anybody going through a true horror in life,” Gellar said. “She fought her own demons and that’s what we all have to do.”

“Which one’s me?!” Gellar laughed as she looked at a family photo of her and her mom. “That picture, in particular, is extremely trippy.”

Gellar doesn’t just get her looks from her mother; she also inherited her strong sense of self.

“I would have to imagine that I’m like my mom, considering the fact that she raised me by herself,” said Gellar.

Gellar grew up in New York City and said she wouldn’t trade her childhood filled with Broadway, museums and quality time with her mom for anything.

“I think the biggest piece of advice that my mom gave me was to believe in myself,” said Gellar. “Because if you don’t believe in yourself, no one else is going to take that chance.”

Be a true fighter.

While the iconic kiss between Gellar and Selma Blair’s characters in "Cruel Intentions" looked intimate, Gellar remembers it as anything but.

“We shot, like, six days of 'Cruel Intentions' in New York City and it was the first nice day in the spring,” Gellar recalled. “Pretty much every single New Yorker happened to have been in Central Park on that day that we were filming.”

Since their “Cruel Intentions” days, Blair and Gellar are still besties. Gellar has been by her co-star’s side throughout her battle with multiple sclerosis.

“I think in this last period what we’ve realized is how strong and how tough and how badass she is,” Gellar said. “I’m in awe of her every day."

There’s no secret to a successful relationship.

Another relationship that’s important to Gellar is the one she has with her husband, Freddie Prinze Jr.

The couple recently celebrated their 17th wedding anniversary. What is their secret to a successful marriage?

“There’s no secret to a successful relationship,” said Gellar. “It’s work and you have to be willing to put the work in any relationship that you have in your life.”

A smile lets people in 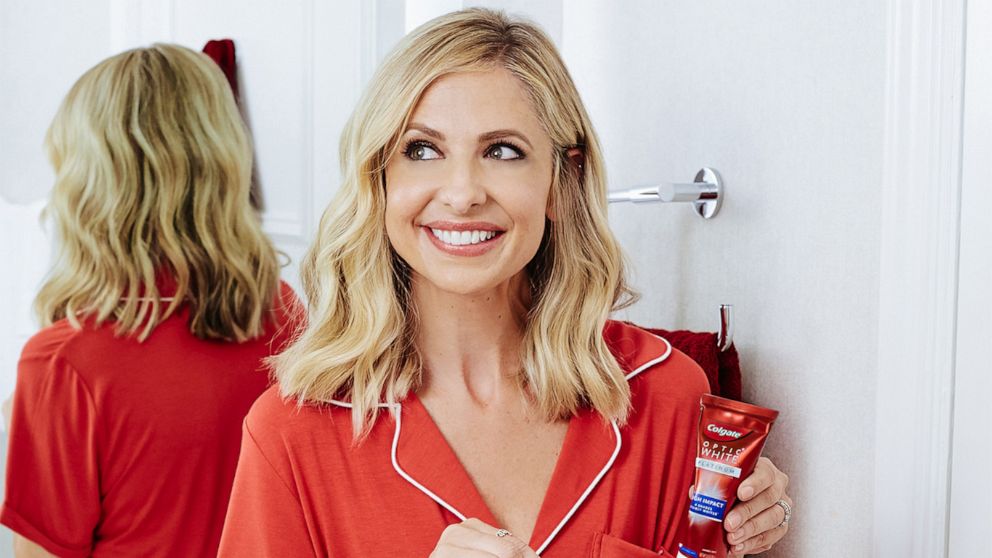 When it comes to balancing family and work, Gellar credits sticking to a regular routine as part of her recipe for success.

That’s why Colgate was a natural partnership for Gellar. She recently teamed up with the brand since she is a longtime fan of how it has helped her maintain her pearly whites.

“Eyes are the window to the soul but a smile lets people in,” said Gellar. “Everything is about a smile.”