Prince Harry and Duchess Meghan reunited in the U.K. Thursday night for an event close to Harry's heart, recognizing the achievements of wounded veterans and soldiers.

The Sussexes attended the Endeavour Fund Awards in London, marking the first time the couple has been seen together in the U.K. since Jan. 7, one day before they announced their plans to "step back" as senior members of the royal family. 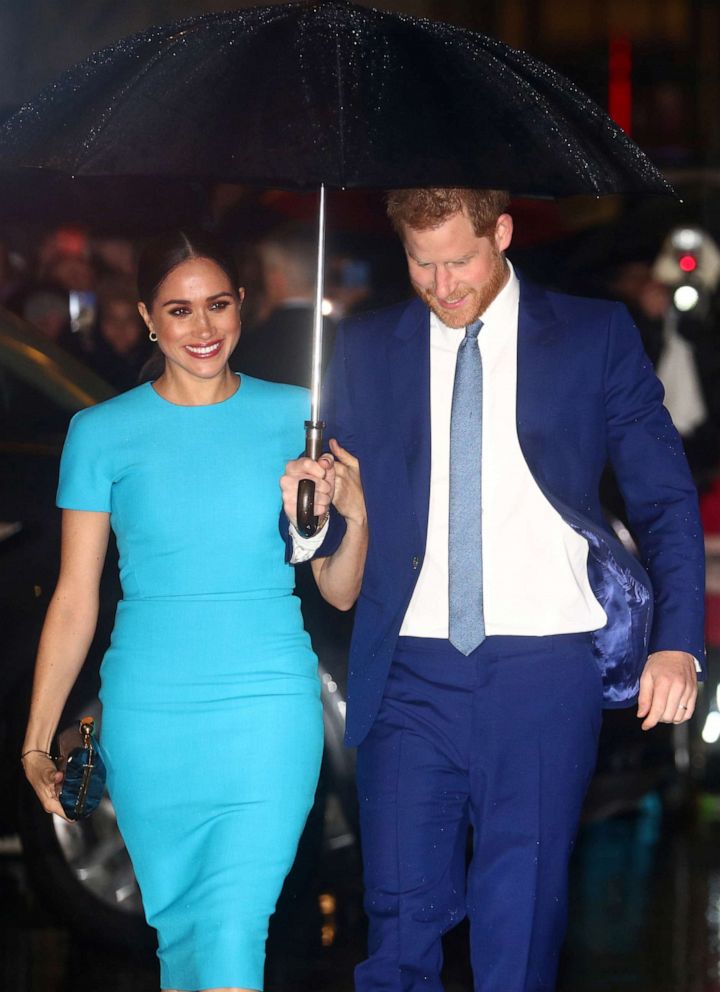 Harry and Meghan, wearing a blue dress by Victoria Beckham, are each presenting an award at tonight's ceremony, which is hosted by JJ Chalmers, a former Invictus Games medalist.

Harry, an outspoken advocate for military members and veterans, founded the Invictus Games in 2014 as a Paralympic-style competition for wounded service members. He and Meghan plan to attend the 2020 Invictus Games in May in The Hague, Netherlands.

Prince Harry and Duchess Meghan have arrived at Mansion House for tonight’s @EndeavourFund #EndeavourFundAwards to celebrate the achievements of wounded, injured and sick service personnel who have taken part “in remarkable sporting and adventure challenges over the past year.” pic.twitter.com/Niig20DTkv

The Sussexes, who are living in Canada with their son Archie, are now back in the U.K. to wrap up their duties as working members of the royal family. They were spotted earlier Thursday leaving the Goring Hotel near Buckingham Palace after a private lunch, a source close to the couple confirmed to ABC News.

Harry and Meghan will step down from their roles on March 31 and their office at Buckingham Palace will close on April 1.

As non-working members of the royal family, they will retain but no longer use their HRH titles, will no longer represent the queen, will not receive public funds for royal duties and will spend the "majority of their time" in North America. 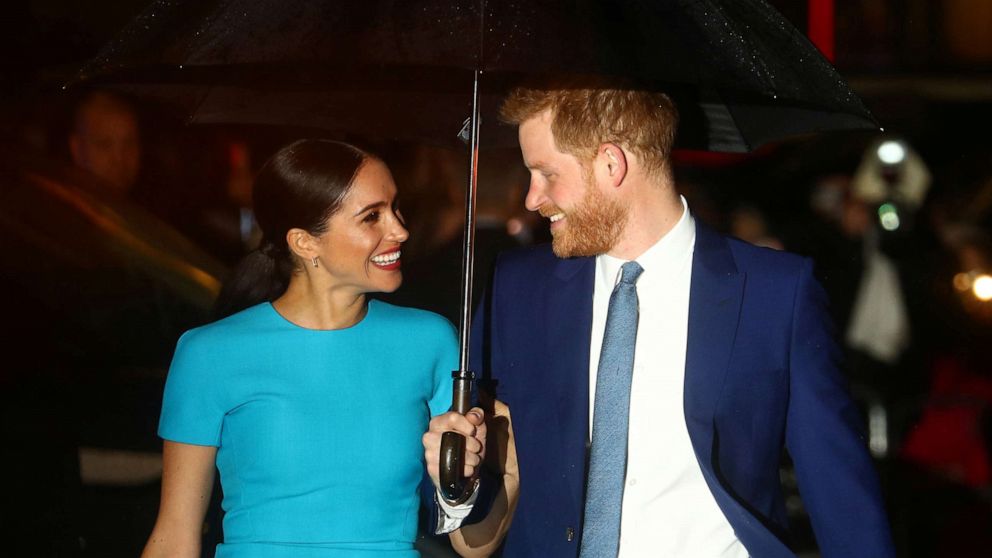 After tonight's event, Harry and Meghan have just two more joint appearances scheduled in the U.K.

They plan to attend a performance at Royal Albert Hall on Saturday night and then will join Queen Elizabeth, Prince Charles, Camilla, Prince William and Kate at a Commonwealth Day service on Monday, possibly their last official royal engagement.