Prince Harry and Meghan, the Duke and Duchess of Sussex, are adding another title to their ever-expanding list of roles since stepping down from Britain's royal family: podcast hosts.

Harry and Meghan have signed a multi-year partnership with Spotify that will see the Sussexes both hosting and producing podcasts with the goal of building "community through shared experience, narratives and values," according to Spotify.

"What we love about podcasting is that it reminds all of us to take a moment and to really listen, to connect to one another without distraction," Prince Harry and Meghan said in a statement released by Spotify. "With the challenges of 2020, there has never been a more important time to do so, because when we hear each other, and hear each other's stories, we are reminded of how interconnected we all are."

Archewell is the name of Harry and Meghan's nonprofit venture, which they announced in April.

The name of the Sussexes' nonprofit has a connection to their son Archie, who will turn 2 in May.

"Before SussexRoyal, came the idea of 'Arche' -- the Greek word meaning 'source of action,'" Harry and Meghan said in a statement to ABC News in April. "We connected to this concept for the charitable organization we hoped to build one day, and it became the inspiration for our son's name."

MORE: Prince Harry pays tribute to vets at Stand Up for Heroes after handing out supplies in Los Angeles

The first podcast from Harry and Meghan's Archewell Audio brand will debut later this month. It will be a holiday special hosted by the couple that will feature, "stories of hope and compassion from inspirational guests in celebration of the new year," according to Spotify.

A new holiday special from Prince Harry and Meghan, The Duke and Duchess of Sussex, is coming soon only on Spotify ☕️ ️https://t.co/ZlFRPzLe9R

The first complete series from Archewell Audio and Spotify will debut next year.

The podcast deal is the second recent, high-profile media venture for Harry and Meghan. 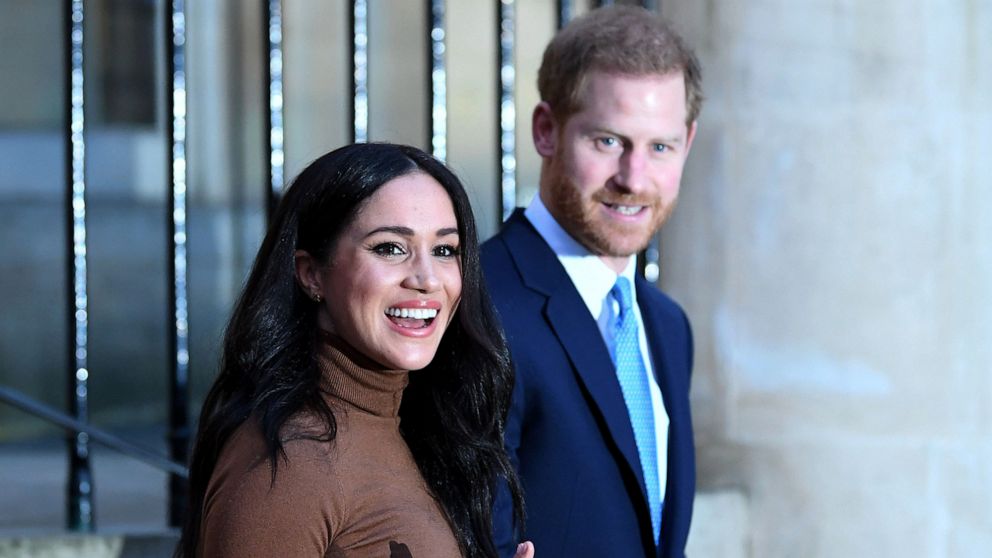 In September it was announced the Sussexes had inked a deal with Netflix to produce films and series, including docu-series, documentaries, features and children's programming, with a priority on creating programs that resonate with their values and highlighting issues on which their Archewell nonprofit will also focus.

Currently there are several projects in development, including a nature docu-series and an animated series that celebrates inspiring women, according to a source close to the couple.

Harry, 35, and Meghan, 39, stepped back as "senior members" of the royal family in March and relocated with Archie from the United Kingdom to California, where Meghan was born and raised.