The photographer behind Prince Harry and Duchess Meghan's viral photo announcing they are expecting their second child credits technology for allowing him to photograph the California-based couple remotely from London.

"In the age of COVID, it’s impossible obviously for me to be there to shoot it, so technology came to rescue," Misan Harriman said Tuesday on "Good Morning America." "I was able to remotely take over the iPad and they could hear my voice and it was conversational and the rest really is history."

Harriman, a longtime friend of the couple, photographed Harry and Meghan in front of a deep-rooted tree, with Meghan's head resting on Harry's lap.

"You don’t even see the image, you feel it," said Harriman. "They are lost in each other. And the tree in the background and just life growing around them is incredibly powerful and symbolic."

Harry and Meghan, the parents of nearly 2-year-old Archie, revealed they are expecting their second child on Valentine's Day, less than three months after Meghan opened up in a New York Times op-ed about a pregnancy loss the couple suffered last summer.

Harriman said he hopes people see in the photo of Harry and Meghan the symbolism of "fortitude, hope and love."

"Particularly for the many women going through this, this should give them strength to know there’s light in that dark place," he said. "It really means a lot."

Harriman, the first Black man to shoot the cover for British Vogue, was a guest at Harry and Meghan's 2018 wedding. He said to see to see the couple now expecting their second child is a "testament to the power" of their relationship. 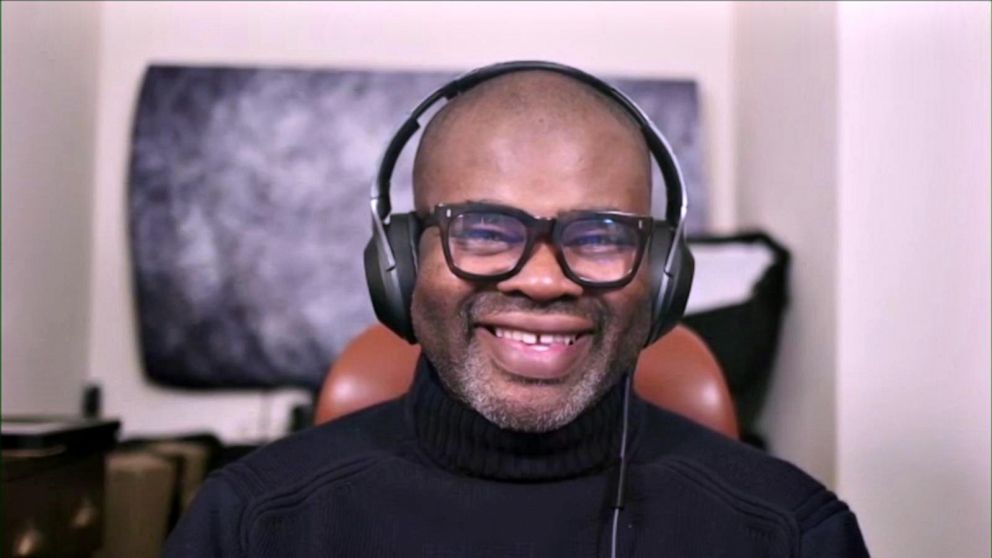 ABC
Misan Harriman speaks about his photograph of Prince Harry and Duchess Meghan in an interview on "Good Morning America."

"Honestly I think the universe would have conspired for them to be together no matter what. It is the real deal. They are waltzing through life together, as it should be," said Harriman. "To have a new arrival coming is a testament to the power of the relationship that they have."

In a statement confirming Meghan's pregnancy, a spokesperson for Harry and Meghan described the couple as "overjoyed to be expecting their second child.”

MORE: Meghan and Prince Harry to break silence in interview with Oprah Winfrey

Harry and Meghan's pregnancy announcement mirrors the late Princess Diana's announcement 37 years ago when it was confirmed she was pregnant with Harry. According to ABC News royal contributor Omid Scobie, news of Diana's pregnancy was announced on February 13, 1984, and hit the newspapers one day later, on Valentine's Day.

A touching tribute announcing for the Sussexes to announce their exciting news on #ValentinesDay❤️ It was exactly 37 years ago that Princess Diana shared with the world that she was pregnant with Prince Harry. pic.twitter.com/NQfUiw62Sc

Meghan gave birth to Archie in a London-area hospital on May 6, 2019.