Prince Harry said his work in raising awareness about HIV/AIDS is part of his mission to continue the "unfinished" work of his late mother, Princess Diana.

Diana, who died in 1997, when Harry was 12, helped to destigmatize the disease and change misconceptions on how HIV/AIDS is transmitted, including when she first held the hand of an AIDS patient in the 1990s to show that the virus could not be transferred from casual contact.

Harry has continued her work through efforts like his charity, Sentebale, which helps children with HIV/AIDS in Southern Africa struggling with HIV and AIDS, and by publicly getting tested for HIV, like he did alongside music star Rihanna in 2016.

"I think once you get to meet people and you see the suffering around the world, you can't turn, I certainly can't turn, my back on that," Harry said of his efforts in a podcast interview with U.K. rugby player Gareth Thomas, who has HIV. "Then add in the fact that my mum's work was unfinished, I feel obligated to try and continue that as much as possible."

Harry continued, "I could never fill her shoes, especially in this particular space because of what she did and what she stood for and how vocal she was about this issue." 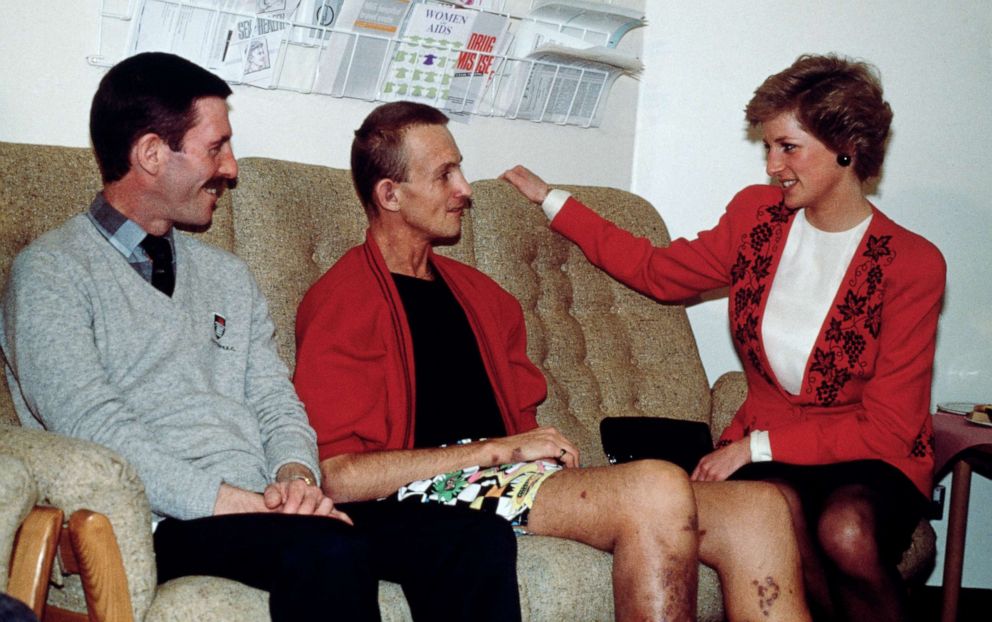 Princess Diana Archive via Getty Images, FILE
Diana, Princess of Wales, talks to patients in the AIDS unit of St Mary's Hospital, in London, in December of 1989.

Harry described what he saw Diana do so well in raising awareness of HIV/AIDS, which was to not only destigmatize the disease but to create curiosity about it.

"I think what my mom did, and what so many other people did at that time, was to smash that wall down, to kick the door open and say, 'No. When people are suffering, then we need to learn more, and if there's a stigma that's playing such a large part of it, then what we really need to do is talk about it more,'" Harry said. "That kind of made people feel a little bit uncomfortable to start with. But stigma thrives on silence. We know that."

He added, "What my mum started all those years ago was creating empathy and understanding but also curiosity. And I think that was really powerful, to be able to create that curiosity of, 'Hey, we know nothing about this virus, can we at least learn some more rather than be so critical and so judgmental, right from the beginning?'" 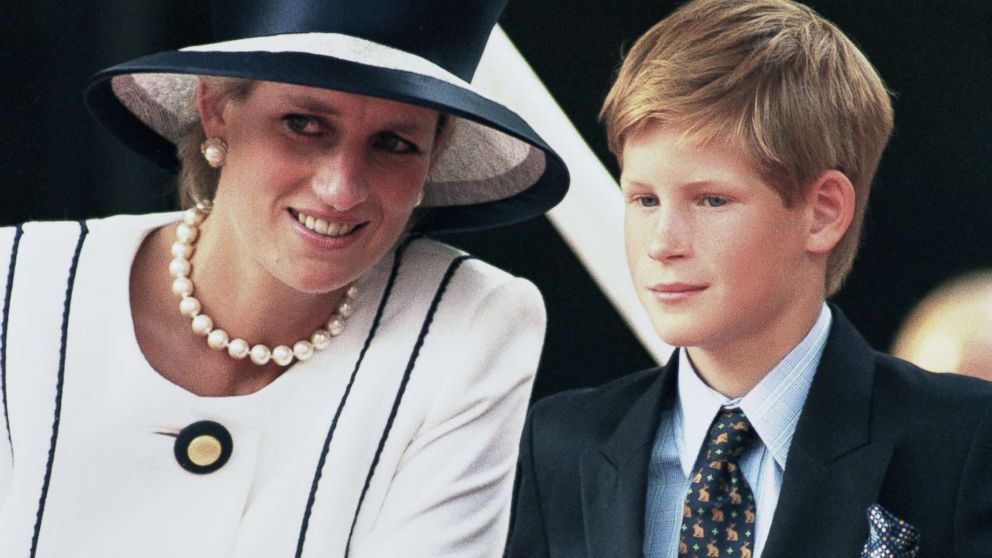 Today, more than two decades after his mom's death, Harry said he's seen a "huge change" but still sees more work that needs to be done.

"I've seen a huge change. People are able and happy to talk about HIV so much more openly," he said. "But the stigma still exists and therefore the testing is still a problem."

In an exclusive chat, Gareth Thomas sits down with Prince Harry, The Duke of Sussex to talk about how far we have come, how far we have to go & the importance of testing

The duke, who now lives in California with his wife, Meghan, and their two young children, said that more testing is the "way out" of the suffering caused by HIV/AIDS.

As of 2020, there were approximately 37.7 million people across the globe with HIV, according to the U.S. Department of Health and Human Services.

Harry said that more people getting tested can also raise awareness and help end the stigma. He noted that when received an HIV test previously in a public setting, a charity told him that the request for testing kits after increased by 500%.

"This testing week, especially in the U.K., or wherever you are in the world, go and get a test. Let people know that you know your status," he said. "It is an amazing feeling and it will undoubtedly save a life or at the very least encourage someone who is living in fear to come forward and get to know their own status, which in turn will save a life."