Prince William and Kate attended the 2022 Commonwealth Games on Tuesday, bringing along Princess Charlotte on the royal outing.

The Duke and Duchess of Cambridge were photographed alongside their daughter enjoying the festivities while sitting in the stands of Sandwell Aquatics Centre. The trio watched the swimming heats at the facility in Birmingham, England. 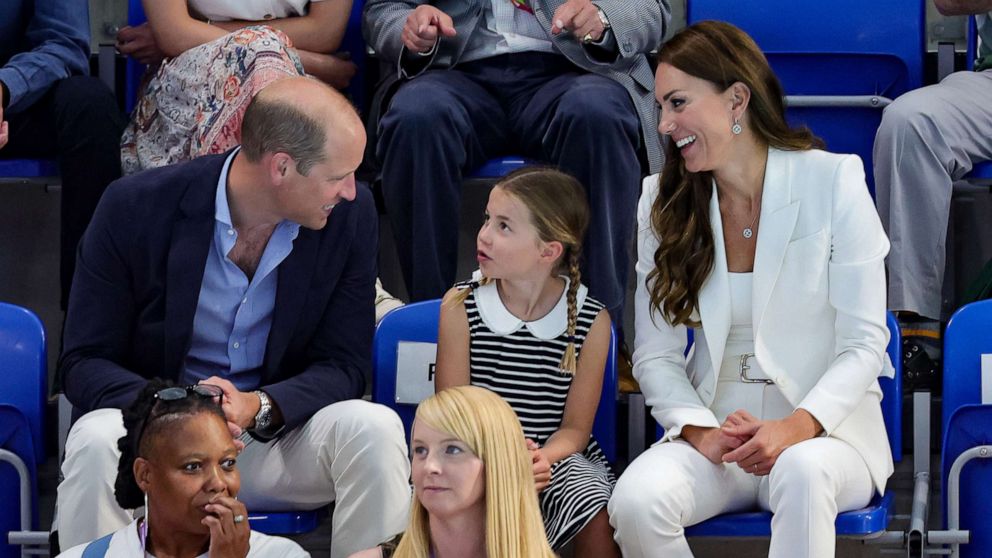 The Commonwealth Games are an international, multi-sport event featuring athletes from various nations in the Commonwealth -- former territories of the British Empire which recognize Queen Elizabeth II as their head of state -- and held every four years, much like the Olympics. 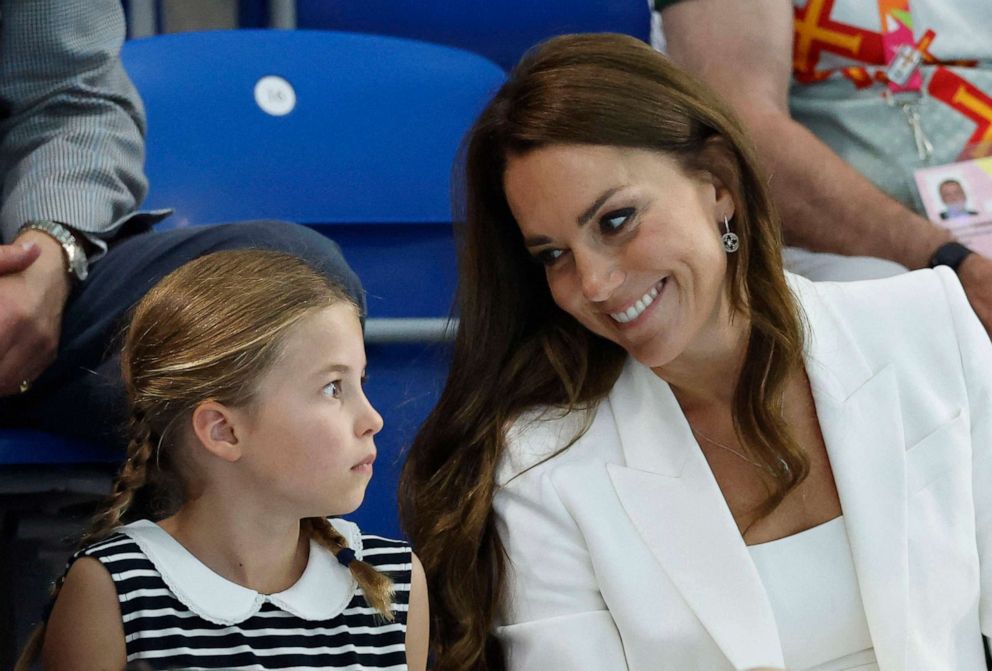 Stefan Wermuth/Reuters
Princess Charlotte and Catherine, Duchess of Cambridge are pictured in the stands at Sandwell Aquatics Centre in Birmingham, Britain, Aug. 2, 2022.

For the family outing, William, 40, wore a pair of off-white pants, a light blue button-up shirt and a dark blue jacket; Kate, 40, wore an all-white pantsuit. Seven-year-old Charlotte opted for a black-and-white horizontal striped dress with a white collar and pigtails. 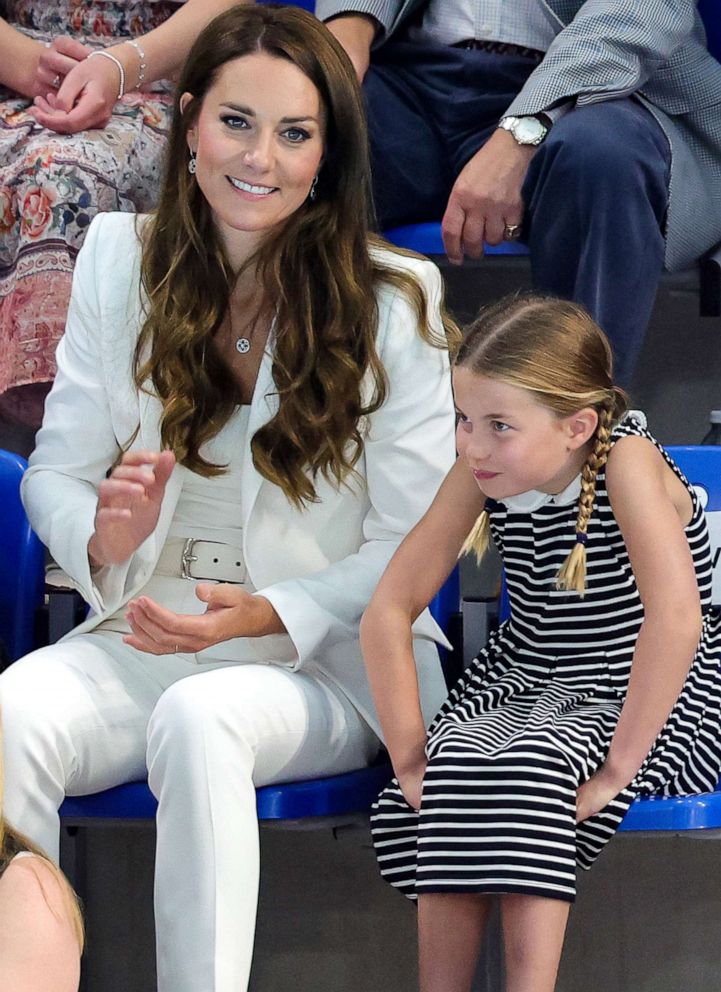 This year's 22nd Commonwealth Games kicked off July 28 and run through Aug. 8.

This is the third time England has hosted the event. Previous years include the 1934 London games and the 2002 Manchester festivities.

The U.K. has hosted the Commonwealth Games seven times total.