Seal recently opened up about his bond with his 17-year-old daughter Leni Klum.

Speaking to "Entertainment Tonight" at the premiere of "The Harder They Fall," Seal commented on their close relationship and said walking the red carpet with Leni for the first time this week was "one of the proudest moments of my life."

"It's everything and it has always been like that, from the day I met her mother," he remarked of their relationship, mentioning Leni's mother, his ex-wife Heidi Klum. "[Heidi] was two weeks pregnant with this beautiful lady. We have always had that bond."

Seal adopted Leni in 2009; her biological father is Flavio Briatore, an Italian businessman. 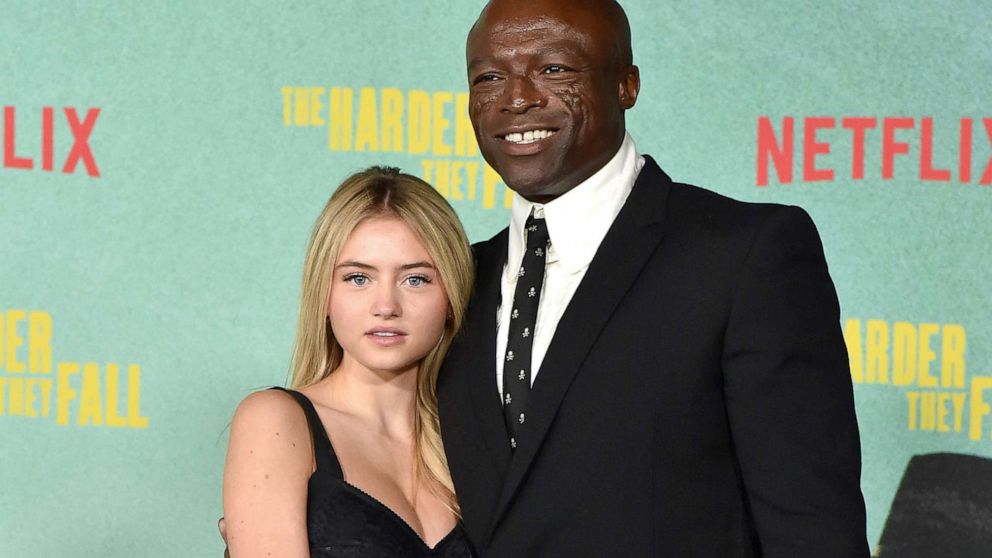 Leni appears to be following in her mother's modeling footsteps; she's walked in runway shows and even graced a few magazine covers in the past months.

She made her magazine cover debut alongside her mother on Vogue Germany's January-February 2021 issue.

At the time it debuted, Heidi penned a sweet note to her daughter about her career path and bright future.

"I'm so proud of you," she began. "Not because you chose this path. I know that no matter which path you go, it will be your own. You always know exactly what you want and don't want. You ain't no mini-me and I'm happy for you that you show who YOU are. I know being my daughter is not always easy. You never had the chance to grow up normal. But what's normal?"

Klum added: "Vogue is the best entry into your career you dream of. And even if it's a bit difficult for me to let you go into this world, I will forever do everything to make you happy and fulfill your dreams. I'm proud to be your mom!"