Everything you've head about Andra Day's Golden Globe-nominated tour de force as Billie Holiday is true. It's the breakthrough star performance of the year, an indelible salute from Day -- a contemporary jazz icon in her first major acting role on film -- to the legendary Holiday, known for her inspirational phrasing and tempo as Lady Day, who died in 1959 in a New York hospital under police arrest for drug possession. She was 44. 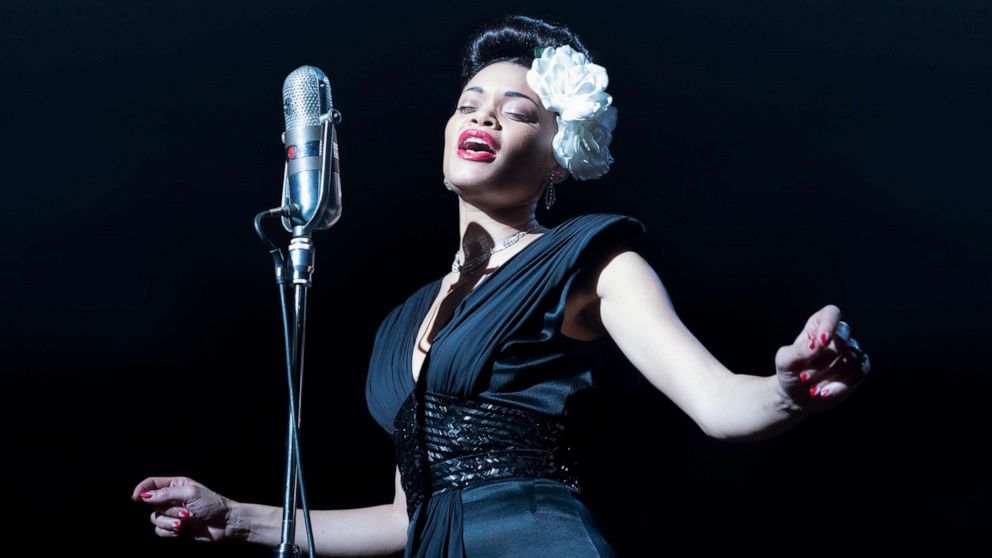 Takashi Seida/Paramount Pictures
Andra Day stars in a scene from the 2021 film, "The United States vs. Billie Holiday."

Did drugs really kill Holiday? "The United States Vs. Billie Holiday," now streaming on Hulu, insists it was something more nefarious: a relentless campaign to destroy Holiday spearheaded by J. Edgar Hoover's FBI under the direction of the bigoted Federal Bureau of Narcotics chief Harry J. Anslinger, played with menacing obsession by Garrett Hedlund.

If the biopic elements of the film (troubled childhood, miserable end) seem chaotic and rushed, that's because director Lee Daniels ("Precious," TV's "Empire") and screenwriter Suzan-Lori Parks (the Pulitzer prize-winning playwright of "Topdog/Underdog") are more concerned with showing Holiday as a pioneer for civil rights, a role not often attributed to her. What upset the feds most was Holiday's insistence on singing "Strange Fruit," a song she recorded in 1939 with lyrics that cry out against the lynching of Black Americans.

Day, who does her own singing -- as Diana Ross did in her 1972 Holiday biopic "Lady Sings the Blues" -- brings poetic provocation to the haunting lyrics that got Billie arrested on stage: "Southern trees bear strange fruit / Blood on the leaves and blood at the root / Black bodies swingin' in the Southern breeze." 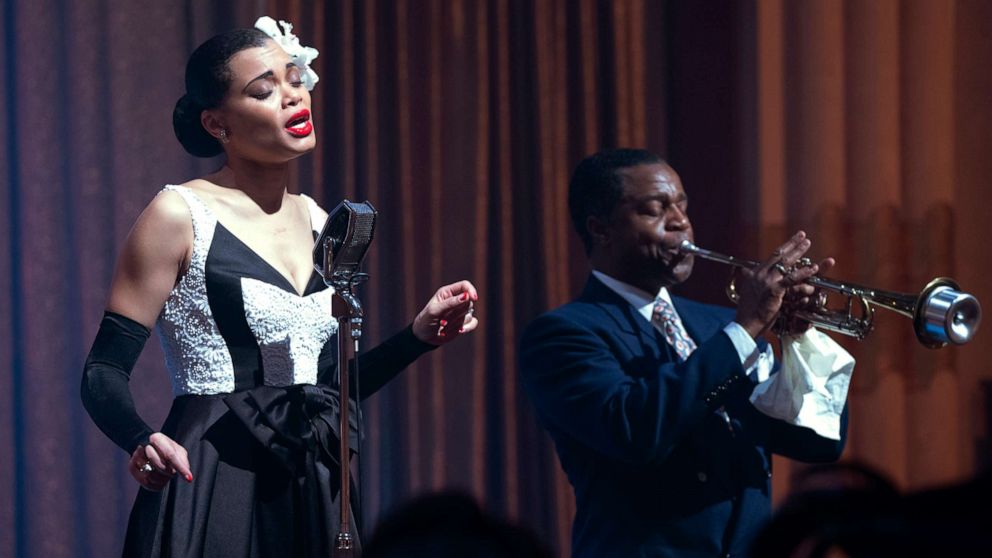 Takashi Seida/Paramount Pictures
Andra Day and Kevin Hanchard appear in a scene from the 2021 film, "The United States vs. Billie Holiday."

It's no accident that the song is referred to as the "musical starting gun for the civil rights movement." And Day's powerful interpretation has a tragically timeless relevance. It seems fitting that Day's biggest hit, "Rise Up," has become an unofficial anthem for the current Black Lives Matter campaign. And "Tigress & Tweed," the stirring new song Day sings in the film, answers "Strange Fruit" on a note of hard-won hope. Day makes sure that "The United States Vs. Billie Holiday" never feels like ancient history.

Admirers of Day's interpretative skills as a recording artist won't be surprised to learn she's a born actress who can catch every gradation of Holiday's fragility and strength. You won't be able to forget her voice or take your eyes off her. Watch when she learns that her new lover, Jimmy Fletcher (Trevante Rhodes of "Moonlight"), is an undercover agent. Or when her bond with defiantly bisexual actress Tallulah Bankhead (Natasha Lyonne) is used against her by the feds.

Anslinger's persecution of Holiday certainly aggravated her dependence on alcohol and narcotics. But she sang her truth to the end. And it's that courage under fire that Day invests in every note she sings and acts to sheer perfection. In the end, "The United States Vs. Billie Holiday" is exactly what it should be: a tribute to the talent and the spirit of both Lady Days.