The 44-year-old designer and mother-of-four, who celebrated the 10th anniversary of her namesake brand in September, told the celebrity-filled audience at the Barker Hangar in Santa Monica, California, how excited she was to receive the honor.

"I embarked on the most exciting, nerve-racking and all-consuming vision," she told the crowd on starting her label. “To have that recognized here tonight is just incredible."

Beckham wore a clean, white pantsuit with a lace camisole and black pumps to the event. She shared clips on her Instagram story prepping for the event, even including a short clip of hair stylist, Ken Paves, giving her a quick trim in the car.

She spoke about the importance of never limiting one’s goals.

"I always told myself, 'Dream big, and then dream even bigger.' And I wanted to show that if I can do it, then really anyone can do it. And what you can achieve really can be limitless, if you really — I can't help it — if you really, really want it, OK?" she joked, referencing the Spice Girls’ 90s hit "Wannabe."

Beckham couldn’t help but make another crack, adding, "They told me at the table, they said, 'You've come all the way from London, you’ve gotta get up there and give 'em what they want, what they really, really want."

She continued, "I do apologize for reading off of cards, but I hung up my microphone some time ago, and I get a little scared when I get on stage and I see a mic," alluding to her move away from her former singing group.

"If you really put your head down, and you focus, and you work hard, and you believe in yourself, what you can achieve is incredible," she said. 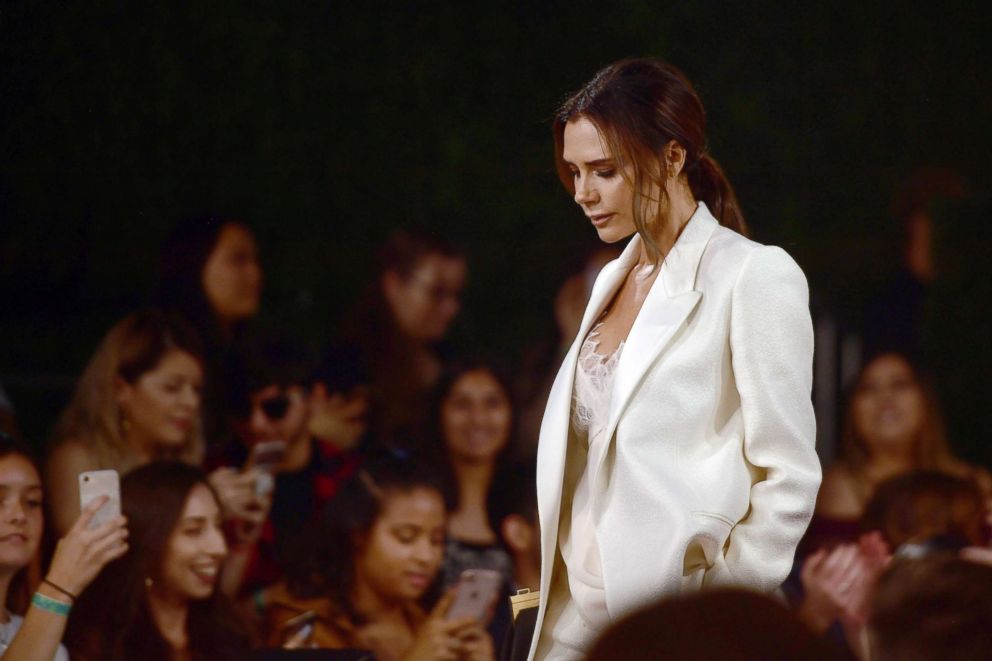 "So many years ago, I started with girl power, and now that message is still as strong as ever. But now it's through the privilege of being able to empower women through my designs," she added.

Beckham’s reference to her earlier years comes days after she confirmed that she will not take part in the 2019 Spice World reunion tour in the U.K.

"Being in the Spice Girls was a hugely important part of my life and I wish my girls so much love and fun as they go back on tour. I know they will put on an amazing show and the fantastic fans past and present are going to have a wonderful time," Beckham said in an official statement.

Despite choosing not to take part in the tour with her former band mates, Beckham shared that she still has strong female influences in her life. "I’ve always been surrounded by strong, supportive women, and that’s as true now as it was back then," she said.

It seems as if there are no hard feelings between Beckham and her old friends, though.

"We're a band on and off the stage. We care about each other, we support each other and we support her," Geri Horner said during an appearance on "The Jonathan Ross Show."

"She's been a huge part of our lives and we care about her, so it's all good," she added.

So much fun tonight! Thank you @peopleschoice I feel so honoured to win your first fashion icon award xx kisses VB

Beckham dedicated her People’s Choice Awards speech to "all the women out there who have ever been doubted or doubted themselves."

She also mentioned those affected by the devastating California wildfires, describing Los Angeles as her "second home."

She commended the firefighters for their tireless efforts.