Some of the biggest names in country music say the fight to increase representation and diversity in the genre is nowhere near finished.

Ahead of the 2020 CMA Awards, several female hitmakers in the realm discussed their thoughts on working to reshape the industry during ABC's "Country Strong 2020: Countdown to the CMA Awards."

Maren Morris, a two-time CMA Award winner, commented on the progress that's been made, claiming she's seen the industry "definitely evolve and for the better."

"I've seen more women, especially new artists, have No 1s on the country music chart than I have in the last 10 years," she said about the year 2020.

"I think that's amazing because with my song 'The Bones' and Miranda Lambert with her song 'Bluebird,' and then Gabby Barrett has had a huge year," she added. "It's cool 'cause it's sort of like, the people that were still hitting it big when I moved here seven years ago are still around kicking a--, writing hits and they also are cool with the new guard, and I feel like I'm sort of in the between right now."

She said that female artists raising their voices to increase representation in the industry and "not quieting down" have been key factors in enabling these changes and led to even better music.

"For a while there were women that were trying to sound like the boys and do that truck thing, and I'm kind of glad that that had its moment and went away because now I think that all it does is foster more female writers," she explained. "When there are more female songwriters, you make way for better songs for women and better songs for them to record." 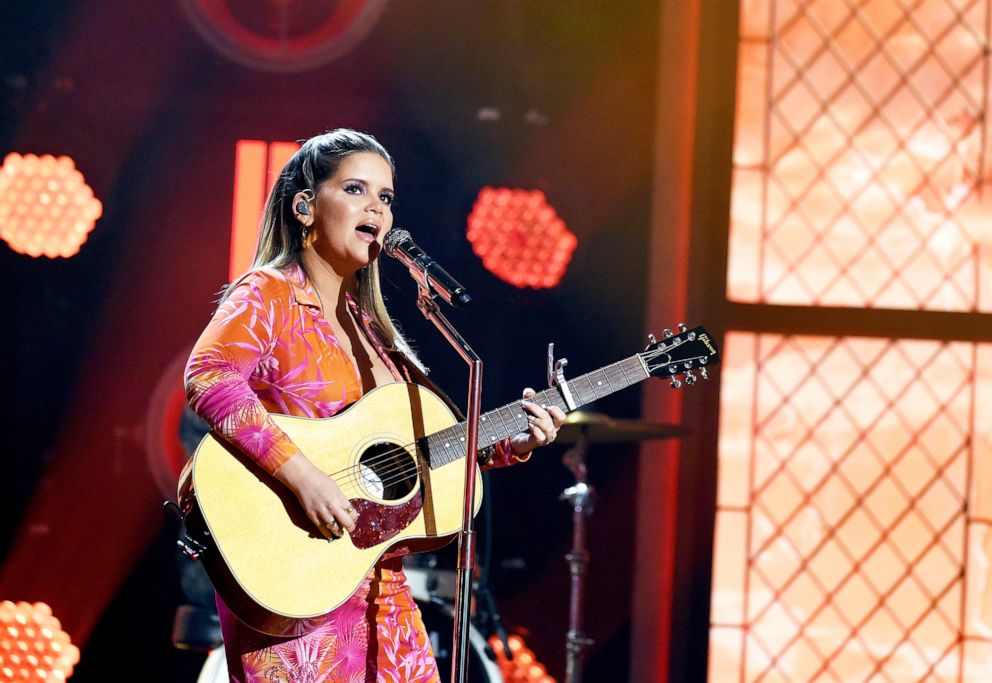 Another chart-topping artist in the industry, Kelsea Ballerini, says she feels a responsibility to help lift other female artists in the genre up.

The singer acknowledged that she is "one of the lucky few who has been on the radio," so she feels that she now has a duty to speak for others who haven't had the same airplay support.

"There are incredibly talented women in the music industry -- just like there are incredibly talented men -- and I just hope for the industry's sake, and hope for the sake of the young women and men that are sitting at home, wondering if they have a place, that we do a better job of not addressing it, but changing it, and moving it forward and evolving as a genre," she said on sexism in country music. 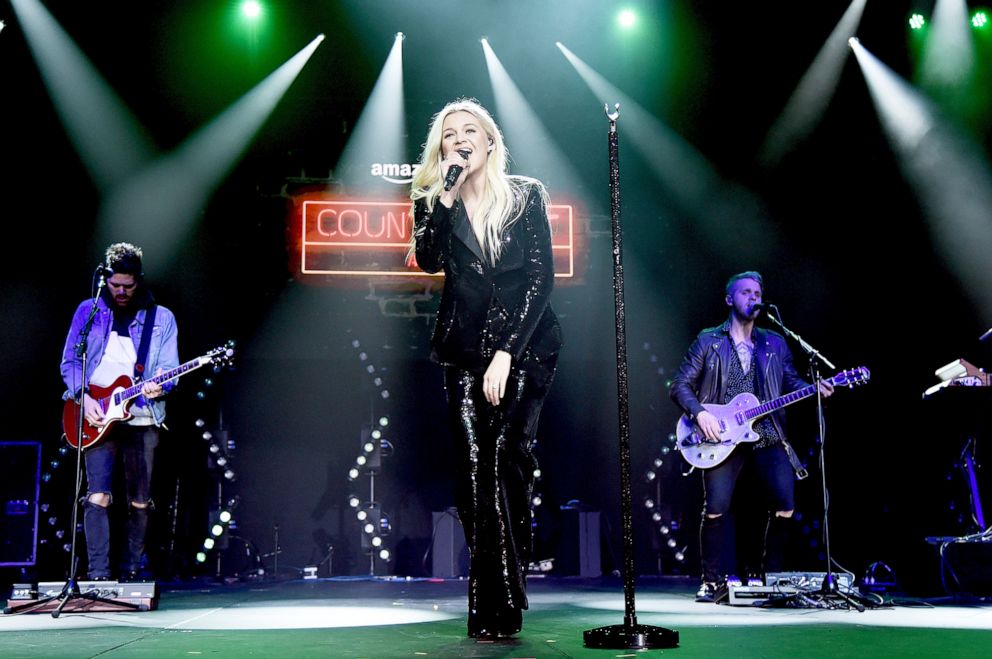 A study by musicologist Dr. Jada E. Watson, released in April 2019, in consultation with WOMAN Nashville, "Gender Representation on Country Format Radio: A Study of Published Reports from 2000-2018," looked at gender equality in the industry. The report found that the ratio of male country artists spins to female country artists was 9.7:1, and radio airplay for female country artists dropped from 33.3% in 2000 to 11.3% in 2018 on year-end reports.

Mickey Guyton, who has used her platform to speak out on race and representation in the industry, has felt these effects and admits that one of the biggest challenges she's faced as a woman in country music is getting her music on the radio.

MORE: CMA Awards 2020: Nominees weigh in on the importance of female representation

“It's very competitive … and it's hard to get that support,” she said on radio play. “It's also hard for so many women, period, within this industry. It's not a Black or a white thing. White women have just as great of difficulties getting opportunities in this industry.”

Many country fans and critics say Guyton is “breaking barriers” in the industry, which the singer says “means so much” to her.

However, Guyton says she's not the only one -- and there is space to acknowledge so many other trailblazers who she feels have long been ignored.

"There are so many young people that are not getting the attention whatsoever that are breaking way more barriers than I could ever even imagine that we aren't even seeing," she shared. "And mine is in the forefront and I think it's really cool, and I thank people for saying that -- but there are so many more people that are doing so much more than me." 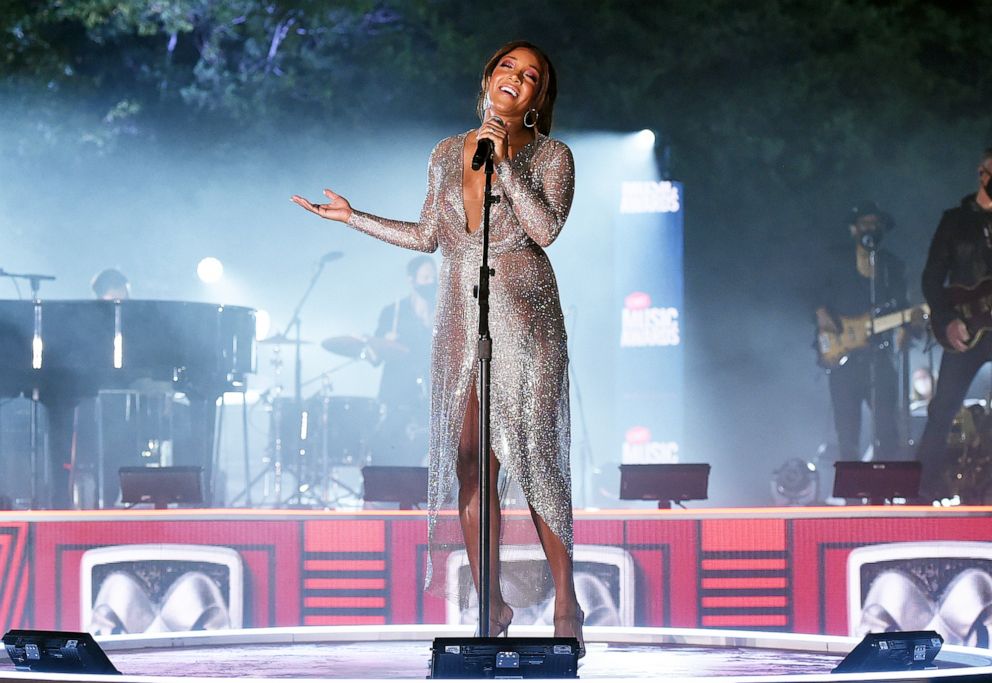 She works to use her platform to highlight and bring more Black women into the realm and "give them opportunities." One way she does this is by posting about emerging Black songwriters.

"I've seen so many amazing Black women that play the guitar, that have stunning voices, that are beautiful people inside, that don't have the same opportunities," she added. "So I say, 'Use me. I'll be your gateway into that world.' And any way that I can help them, I will ... it's so much bigger than just me and being the first and breaking barriers -- this is about truly really trying to make change."

Watch conversations with these artists on "Country Strong 2020: Countdown to the CMA Awards," which airs Tuesday, Nov. 10 at 10 p.m. ET on ABC.