A 10-year-old singing sensation has gone viral on TikTok for singing the late Selena Quintanilla's classic hits -- with at least one fan calling her the "next Selena."

Mariapaula started singing when she was 2 and hasn't stopped since then.

"I love everything -- being on the stage, singing, dancing," the budding star from Tucson, Arizona, told "Good Morning America." 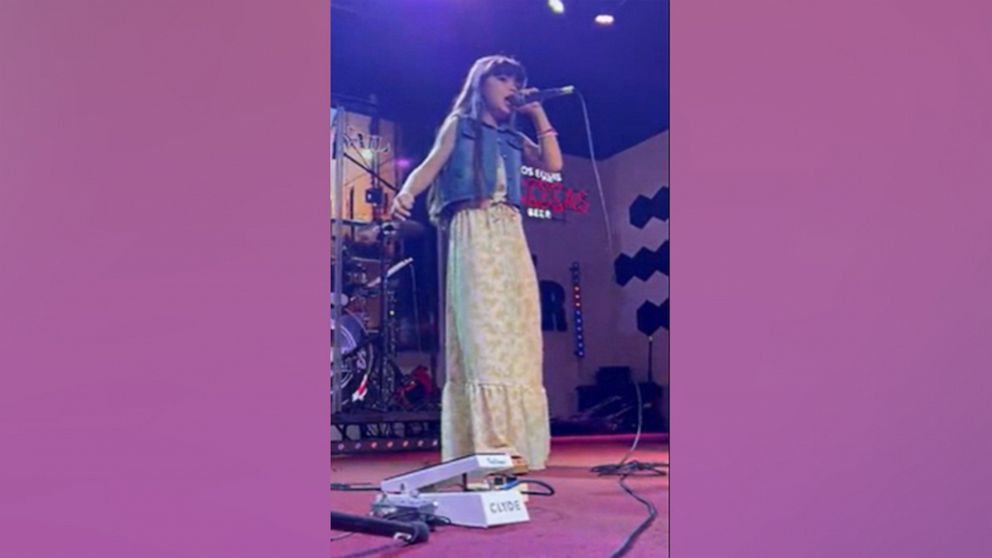 Rebecca Mazon
Mariapaula Mazon, 10, loves to sing songs from the late Selena, known as the "queen of Tejano music."

She said her love for Selena songs started taking off when she had a Selena-themed party for her 9th birthday.

"My dad told me to sing a song, any song, and I picked 'Como la Flor' and he told me, 'Sing the song, I will record you,'" she recalled. "He put it on Facebook and then everything just went from there." 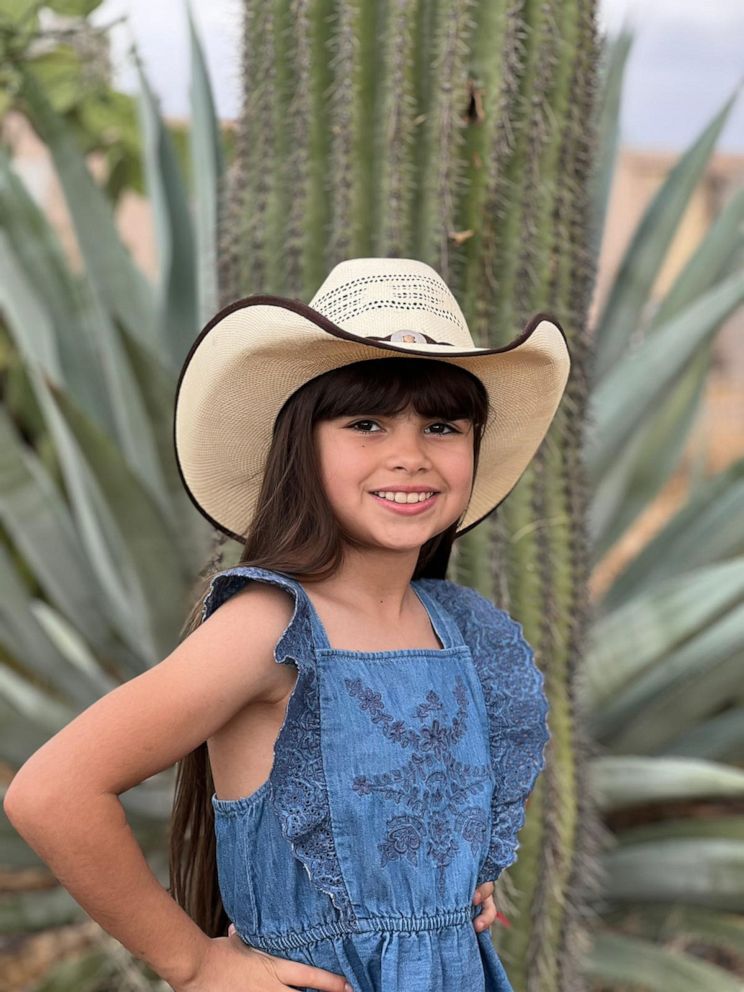 Rebecca Mazon
Mariapaula told GMA that in addition to singing, she loves performing, being on stage and dancing.

Joe Rivera, Mariapaula's father and a Selena fan himself, said his daughter's performances of Selena's songs, such as "Como la Flor," are particularly special.

"When she sang that Selena song, for some reason, I don't know, she says she feels connected to Selena, and sometimes she says she has a feeling that she can't explain," he said.

Rivera was there to watch Mariapaula perform this past June at the Lordsburg Tejano Fiesta in New Mexico. "When I saw her on stage, oh my God, she brought chills to my body because I could see Selena's look in her face," he said. 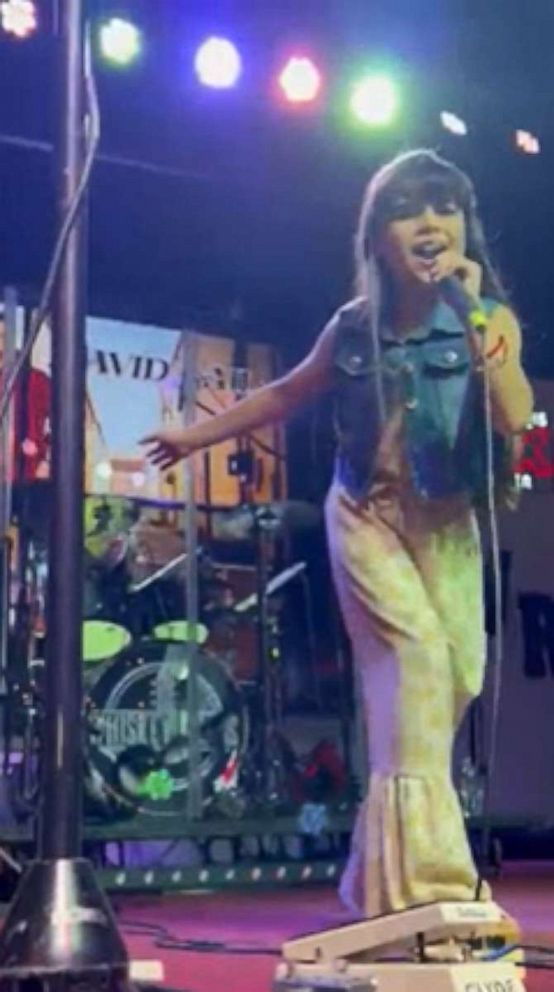 Rebecca Mazon
Mariapaula said she's been singing since she was 2 years old.

Selena's first hit from 1992, the bittersweet "Como la Flor," which compares a lost love to a withered flower, is now Mariapaula's favorite song from the artist, who is often referred to as the "Queen of Tejano music." The song was produced by Selena's brother, A.B. Quintanilla, who recently teamed up with his sister Suzette Quintanilla to release a posthumous album filled with songs by their late sister, including the single, "Como Te Quiero Yo A Ti."

Since going viral, Mariapaula has had the opportunity to sing for A.B. Quintanilla as well, and said the experience was memorable.

"I was a little nervous, excited. All my emotions were all over the place," Mariapaula said. 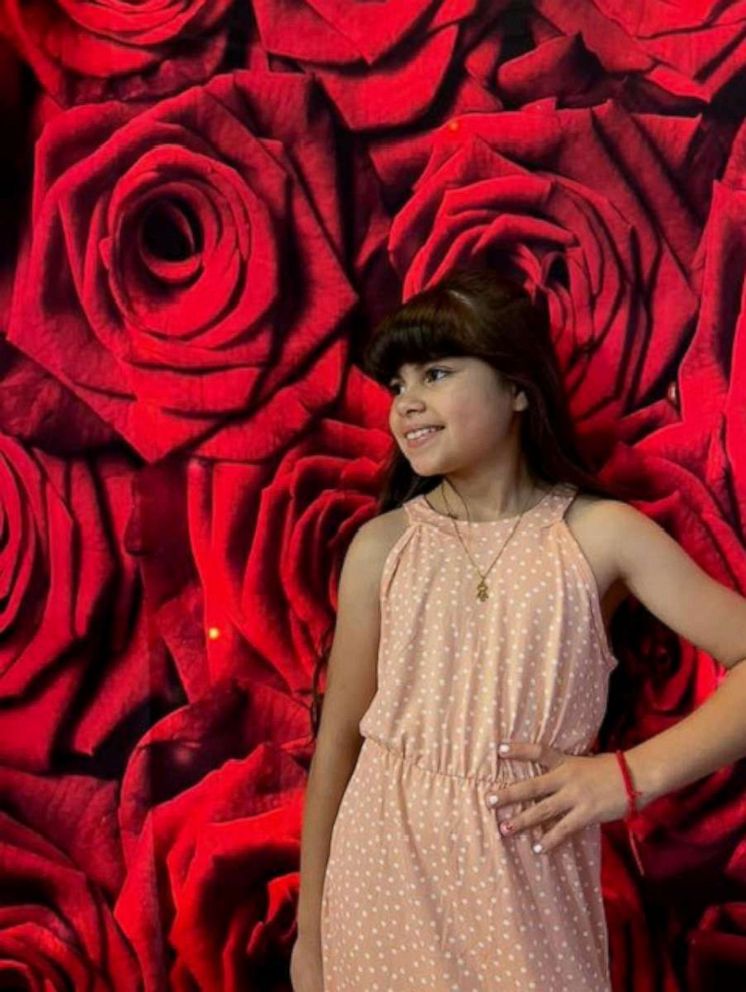 Rebecca Mazon
Mariapaula will be performing at the upcoming Tejano Music Awards in San Antonio, Texas, in November.

The rising fifth-grader hopes to continue performing and said she wants to act and sing for the rest of the world. She'll be performing next in New Mexico in early November and then at the Tejano Music Awards on Nov. 26 in San Antonio, Texas.

Until then, she'll be practicing her singing with her mom Rebecca Mazon, who serves as her coach and social media manager, and said she wants other young girls who love to sing to know one very important thing.

"Never stop what you're doing and if someone tells you that you can't, you can. The impossible is possible," she said.