A 9-year-old girl had a tearful reaction after her mom broke the news that she'd be going back to school after 358 days of learning remotely.

The moment was captured on video as Tarine Zanotto revealed to her daughter Clara Zanotto, a fourth grade student of Redondo Beach School District in Redondo Beach, California, that she'd be heading to the classroom again starting March 3.

"Usually her reaction is screaming and jumping and she had the opposite," Tarine Zanotto told "Good Morning America." "She had the very emotional, deep cry."

Clara's school had closed its doors mid-March of 2020 amid the novel coronavirus pandemic. At the time, Clara was in third grade.

Zanotto said that at first, she and her husband Mauricio would help Clara navigate recorded lessons, though once she had a live teacher over Zoom, Clara learned well independently. 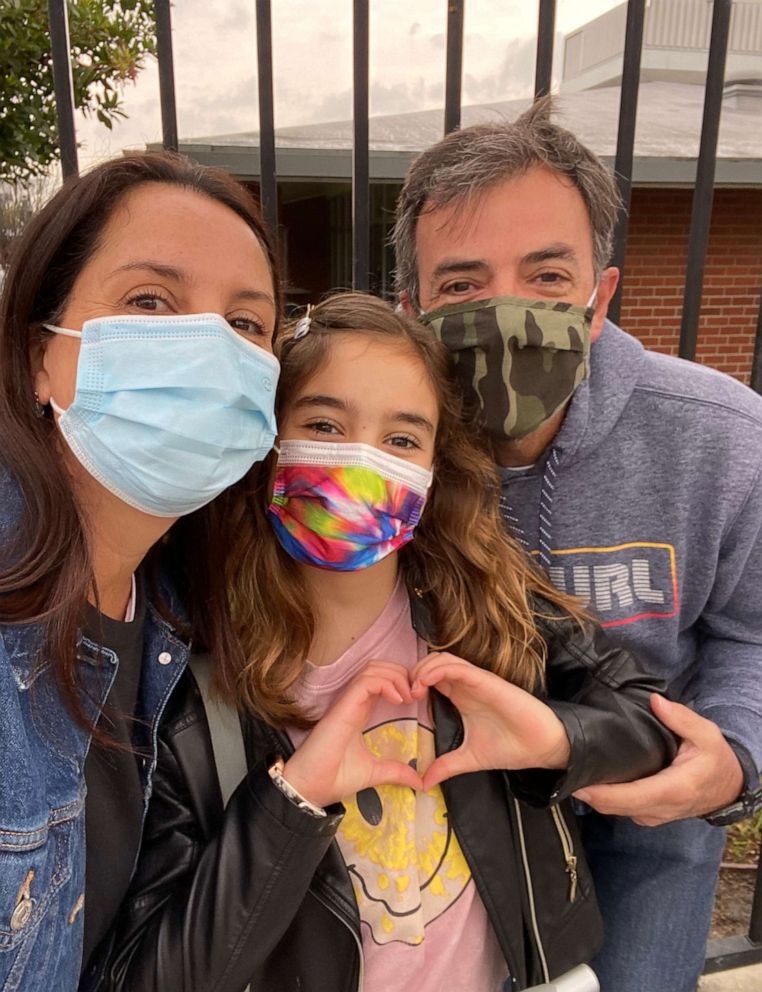 Tarine Zanotto
In a moment captured on video as Tarine Zanotto revealed to her daughter Clara Zanotto, a fourth grade student of Redondo Beach School District in Redondo Beach, California, that she'd be heading to the classroom again starting March 3. Here, Clara is pictured with her parents, Tarine an Mauricio Zanotto.

"She was staying positive," Zanotto said. "She was anxious at the beginning like most of us were in the beginning. She learned techniques to cope with her anxiety ... we went through therapy."

ICYMI. Probably will be one of my favorite clips for a long time. https://t.co/wJJLZvkwVd

"Children absolutely need to return to in-school learning for their healthy development and well-being, and so safety in schools and in the community must be a priority," said Dr. Lee Beers, a fellow and president of the AAP. "We know that some children are really suffering without the support of in-person classroom experiences or adequate technology at home. We need governments at the state and federal levels to prioritize funding the needed safety accommodations, such as improving ventilation systems and providing personal protective equipment for teachers and staff." 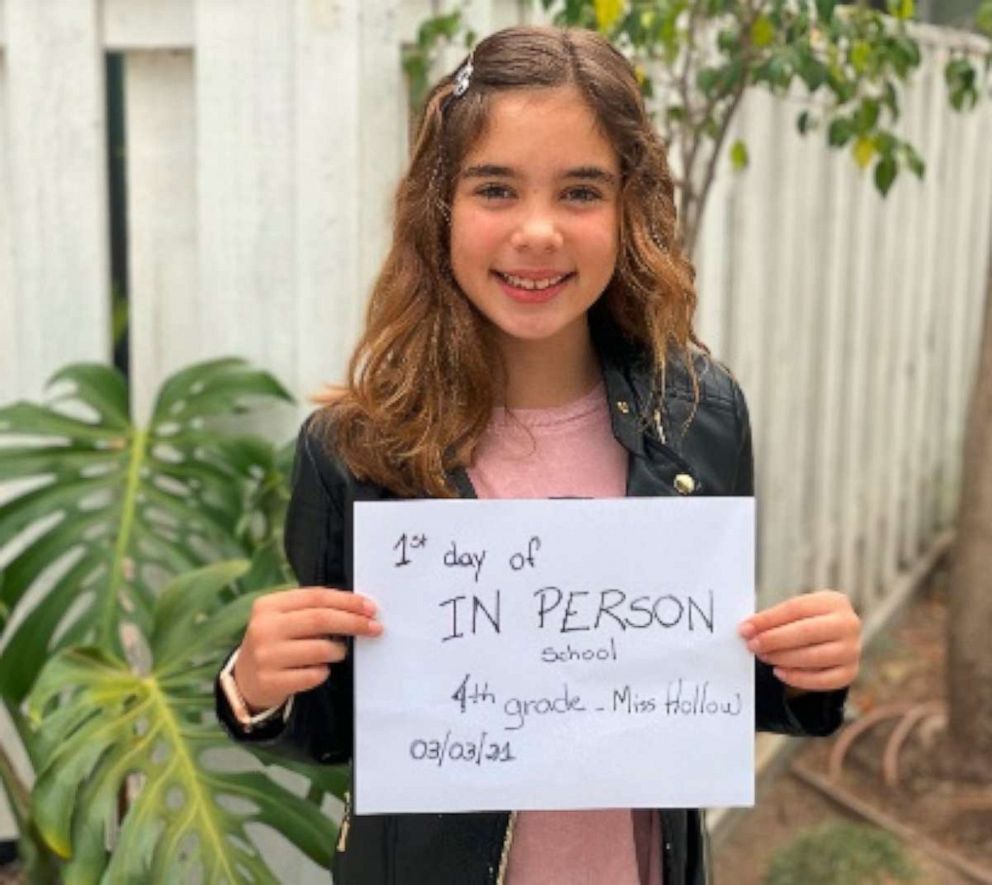 Tarine Zanotto
Clara Zanotto, 9, a fourth grade student of Redondo Beach School District in Redondo Beach, California, poses as she heads back to the classroom amid COVID-19.

Once she gets the letter grades she will be a straight-A student and is mastering her quizzes and get them almost 100%, Zanotto said.

Despite some challenges adapting to online learning, Clara has done well in school over the last year, Zanotto said and that she suspects Clara's grades will be high.

"She was able to do a lot by herself," Zanotto added. "We count on how she really loves school. That helps a lot." 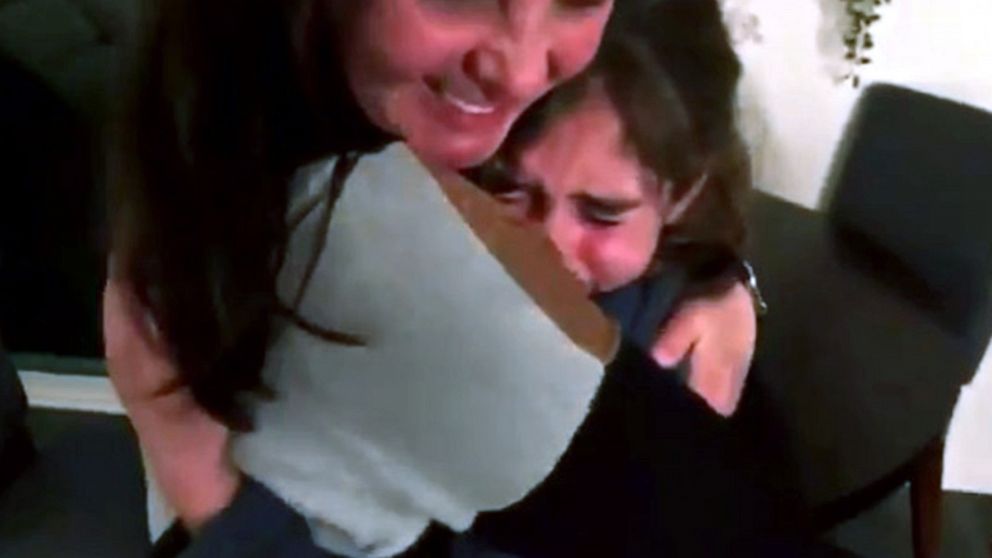 Tarine Zanotto
In late February of 2021, Tarine Zanotto revealed to her daughter Clara Zanotto, a fourth grade student of Redondo Beach School District in Redondo Beach, California, that she'd be headed back to in-person school starting March 3 amid COVID-19.

Zanotto said the Twitter account Reopen California Schools, as well as several news sites shared the video of Clara's reaction to learning she was returning to school.

"It's spreading the love and it was so cheerful to see the school alive last week," Zanotto said. "The sound of the little backpacks rolling and he kids giggling -- that's everything."

Zanotto said Clara's now in a hybrid learning model and is thrilled to be back.