The kindness of a man toward Kevin Armentrout's toddler daughter has reminded him that we should "embrace our differences."

Armentrout, an author and motivational speaker, was traveling from Las Vegas to San Diego with his wife and 16-month-old daughter when they met a man at an airport gate.

"I just put her down, let her walk and followed behind her but I was anxious about her touching people's stuff and not everyone wants a kid slamming into their knees," Armentrout told "GMA." "But as she approached him, he said, 'You want to sit next to me?'" 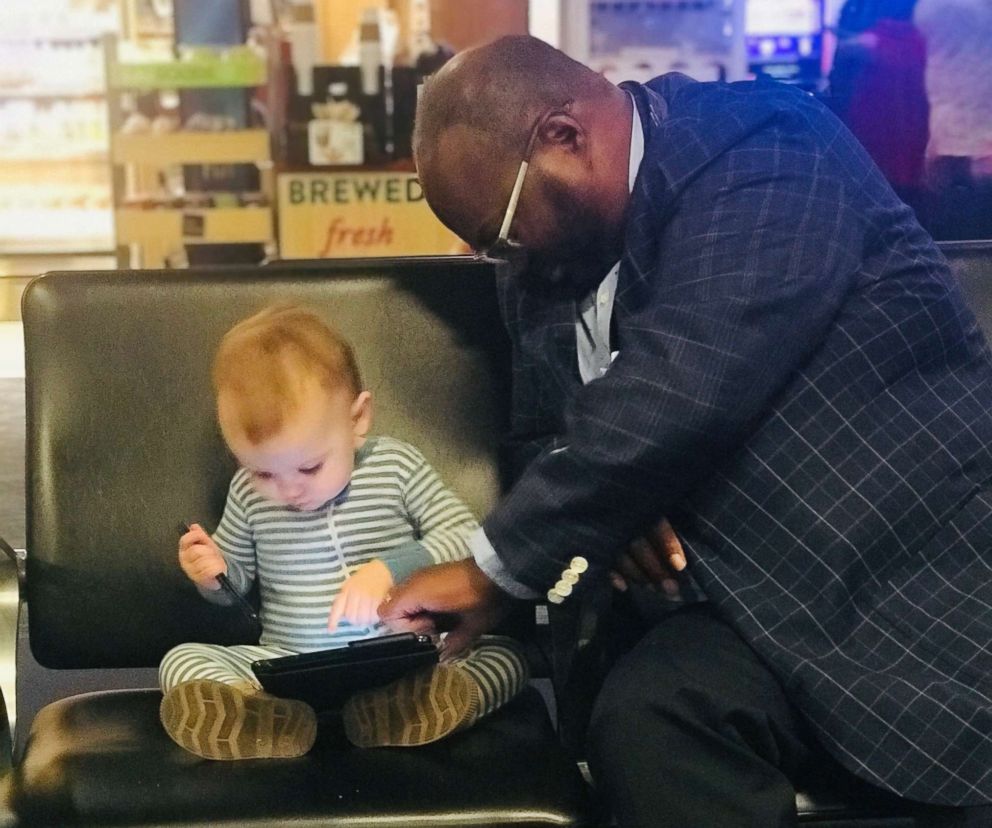 Armentrout said his daughter, Carter Jean, and the stranger spent the next 45 minutes together, watching cartoons on the man's tablet and eating snacks.

(MORE: Some parents might soon have a dress code at their children's schools)

The stranger, Joseph Wright, said he saw Carter walking around and asked if she wanted to take a seat next to him. She obliged and the two struck up a conversation about Snoopy.

"It just warmed my heart a little," he told "GMA." "[She] just wanted to share her food with somebody, you know? That was very touching, and it was just fascinating to see. I get a kick out of young kids who are just growing and showing love."

(MORE: 'Low tech' pawpaw sends adorable memes of grandson while parents are away)

In a Facebook post that's since been shared 65,000 times, Armentrout wrote: "Watching them in that moment, I couldn’t help but think, different genders, different races, different generations, and the best of friends. This is the world I want for her.

In a country that is continuously fed that it’s so deeply divided by beliefs, I want her life to be filled with moments like this... not liberal or conservative republican or democrat, socialist or capitalist, just HUMAN."

"People just come up and talk to him all the time," Wright's wife, Sheila, told "GMA." "But when it started going viral. I was just like, 'Wow.' It was surreal. I really kind of -- I couldn't believe it."

Some comments have criticized Armentrout for pointing out the two have different racial backgrounds. He said these people are missing the point.

"It's like we can’t communicate about differences because we have been pretending they don’t exist," he said. "They do exist, and we should embrace them, whether it's race, religion or politics."

Joseph Wright praised Armentrout for how he's raised his daughter, too.

"What really impressed me is Kevin, the father, and his wife allowing her to be around in those different races," he told "GMA." "It was genuine. And I am proud of Kevin and his wife for not being the same, not holding back, letting her see the world as it should be." 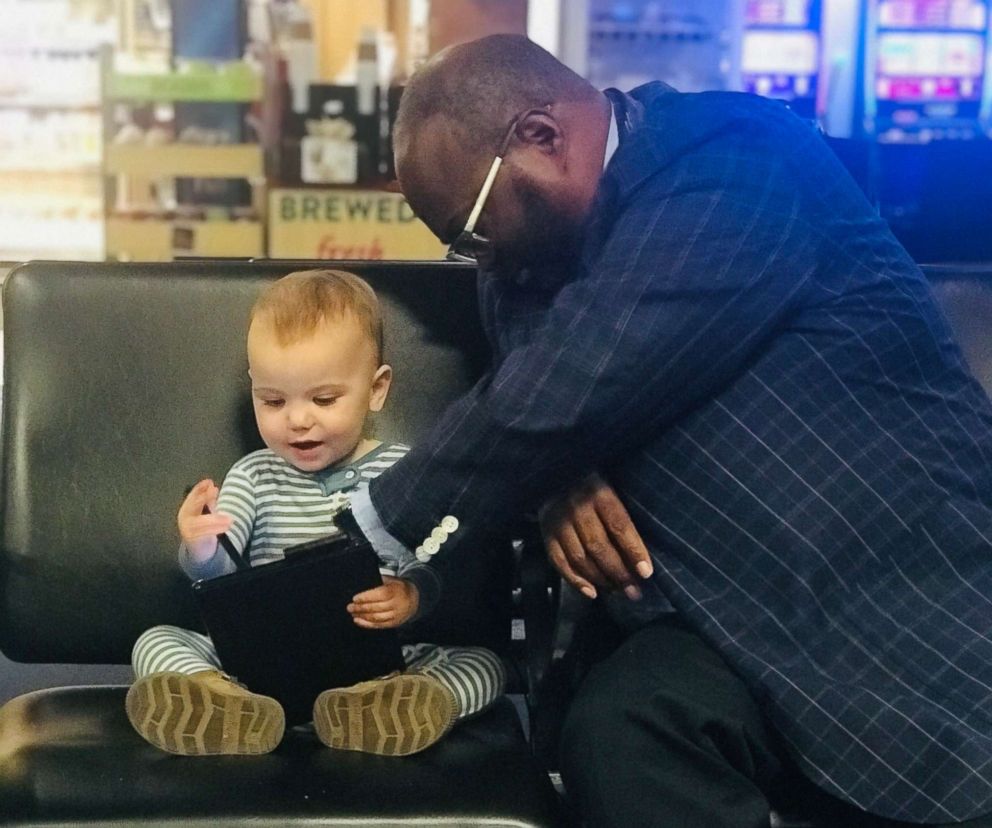 Since the post has gone viral, Armentrout said he has spoken to Wright.

"He's a man filled with love and compassion," Armentrout said.