By Nidhi Singh
Video by Nidhi Singh
Share —
Sign up for our newsletters to get GMA delivered to your inbox every morning!

Cousins Morris Sana and Simon Mairowitz lost each other while fleeing from the Nazis in World War II and 75 years later, the Holocaust survivors have finally been reunited.

"We were an emotional wreck, that is what we were," said Carmela Ofer, Sana’s daughter who helped orchestrate their reunion.

Ofer’s cousin, Carol Ritter Elbaz, who lives in Houston, called her in early September saying she found relatives in England who are "alive and well."

(MORE: 'I have waited for 70 years to see you,' says Holocaust survivor during emotional reunion with his family) 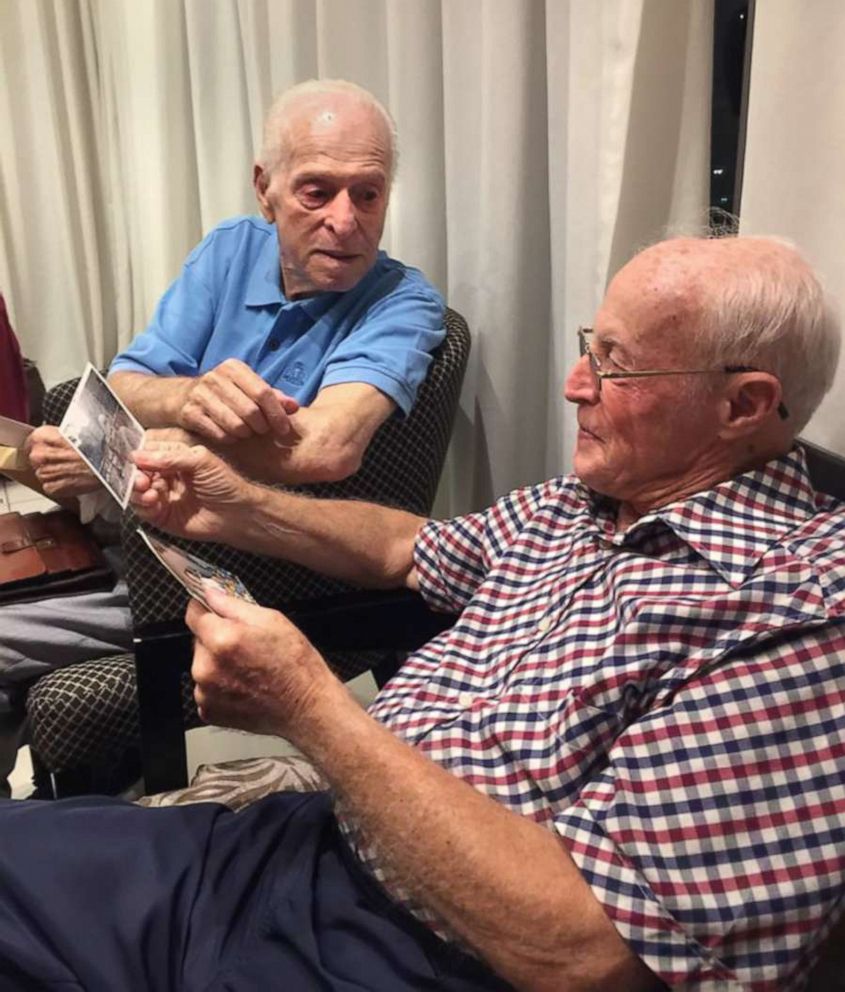 Courtesy Leetal Ofer
Cousins Morris Sana and Simon Mairowitz share family photos with each other during their reunion weekend, Sept. 21, 2019.

Her reason for saying that? This side of the family was listed as "perished" in the Holocaust at Yad Vashem, Israel’s official memorial to the Holocaust’s victims.

Elbaz had been working on her family’s genealogy and placed an ad on JewishGen, which caught the attention of her now-found cousin Gemma Brown in England.

They connected as soon as possible.

As it turns out, Ofer had also submitted a DNA test years ago, which matched with the DNA of Brown and her mother, Alison O’Callaghan -- Mairowitz's daughter.

"It all fell into place," Ofer told "Good Morning America."

Elbaz sent Ofer pictures of Mairowitz and Ofer knew instantly that he was family.

(MORE: Holocaust survivor reunites with family who saved her through Facebook)

"I immediately recognized him because he looks exactly like my dad," Ofer said.

Once they were connected, Ofer and O’Callaghan jumped on FaceTime in what was an emotional phone call. Both confessed that they had been searching for each other.

Upon hearing that Mairowitz and his family were found, Sana was in complete shock. 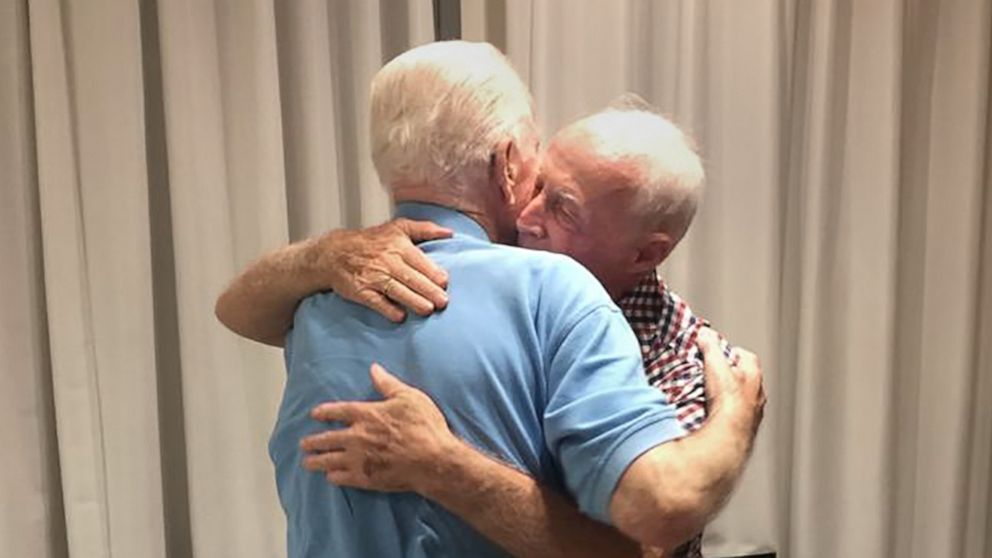 "He said, 'It couldn’t be. They’re listed as perished in the Holocaust!'" Ofer said.

Ofer and her family were headed to Israel for a family wedding and learned that O’Callaghan and her father were also going to be in Israel. The families decided it was finally time to be reunited all these years later and changed their tickets to match each other’s dates.

In a now viral video, Sana walks in and embraces Mairowitz after 75 years. Ofer said the entire family cried many tears of happiness.

(MORE: A 75-year-old Passover sweater, and the story of the Holocaust survivor who wears it)

Sana said he last remembered seeing Mairowitz in Romania in either 1943 or 1944 while the war was still going on.

At that point in time, Sana’s brothers were already killed by Nazis. Ofer said she thinks her father survived because he was a blonde, blue-eyed boy with "Aryan" features.

Sana escaped with his sister and mother, fleeing for close to two years. 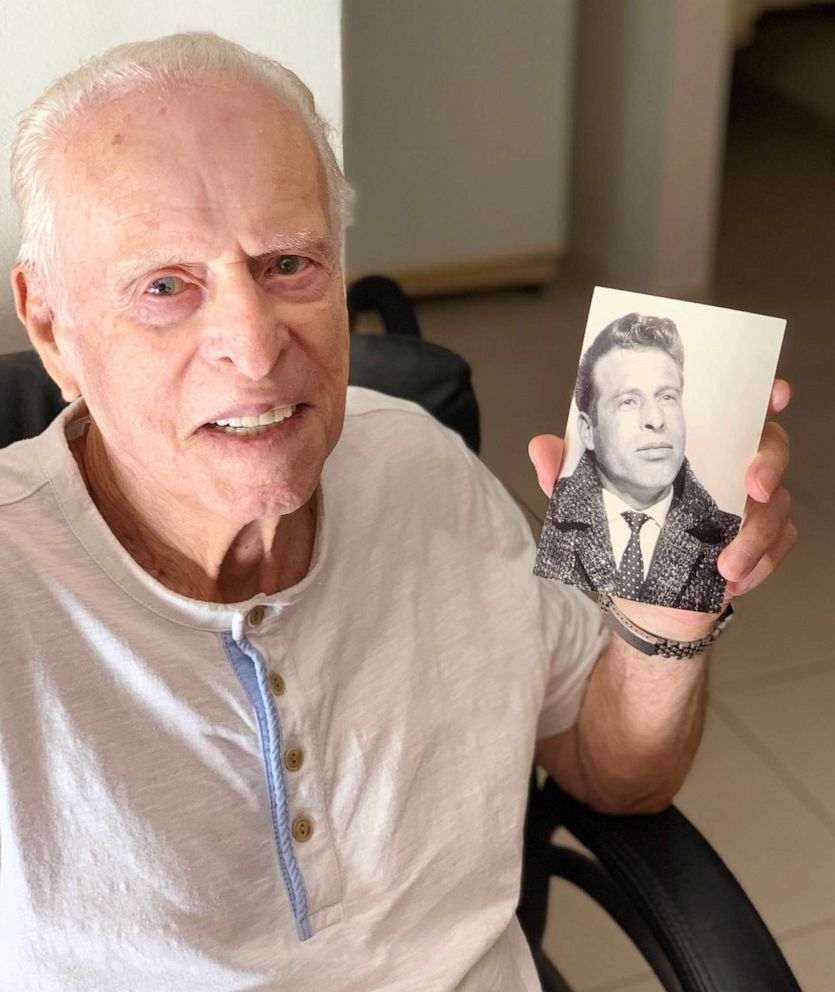 Courtesy Leetal Ofer
Morris Sana holds a photo of himself when he was younger, Sept. 21, 2019.

Ofer said her father would say that he, his mother and sister would often sleep in between dead bodies in the day so as not to get caught. The trio mostly traveled at night.

"You have to understand these are little kids, you know? Hungry, hungry little kids, escaping and living in fear," she said.

They finally arrived to a refugee camp in Italy where they stayed for six months. Family members from her grandfather’s side later smuggled them into Paris. After staying in Paris for a few years, they shifted to Israel.

According to Ofer, Mairowitz escaped with his sister, Betty, with the help of an English colonel. Upon arriving into England, Mairowitz was placed into foster care.

While Sana grew up Jewish, Mairowitz grew up Catholic.

To commemorate their reunion in Israel, both families drove to Yad Vashem to change their records in the archives.

"We changed their status from perished to survivor," Ofer said.

A lifelong search finally ended in a happy reunion.