A Pennsylvania dad's TikTok post featuring Taylor Swift's 2008 song "Love Story" recently went viral -- not for the throwback to the pop hit, but for his daughter's heartwarming reaction.

In a Nov. 8 video post, Rob D'Urbano shared a mash-up of two videos: one showing his daughter Harper filming him as he danced and a close-up of Harper's reaction as the dance unfolds.

"I was telling my daughter she was going to record me doing a dance, and [in] reality, the camera was flipped on her and recording her face the entire time," D'Urbano explained to "Good Morning America." "So I did the 'Love Story' dance where I got down on one knee and essentially proposed and then danced and jumped around. And then the camera was actually recording her face and her reaction to me dancing without her knowing." 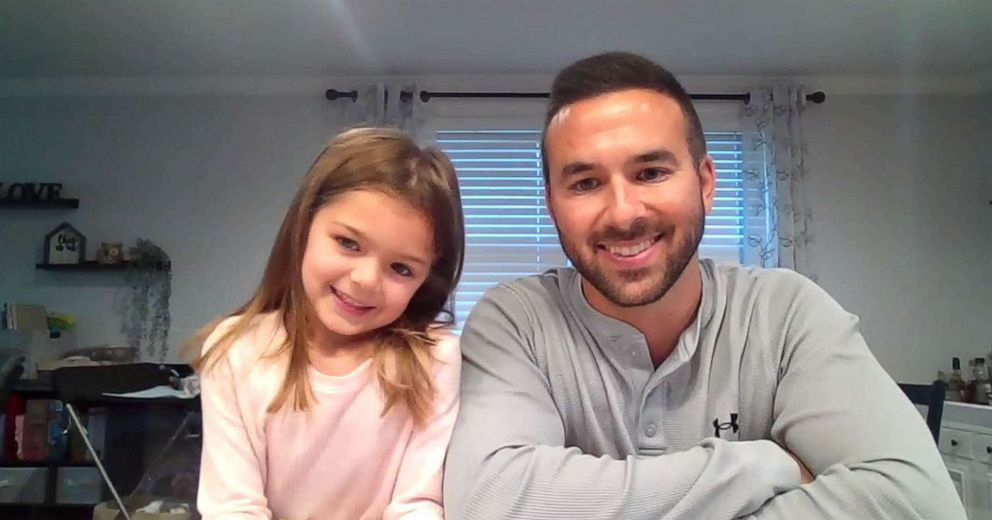 The video has since garnered more than 19 million views, more than 2.1 million likes, and tens of thousands of comments. It has also spawned a number of similar videos by parents trying the trend with their own children.

D'Urbano said when he and his daughter finished recording, the results were priceless.

MORE: Video of little girl excited to see her grandmother will warm your heart

"I sent it to a couple of my close friends first and they were like, 'Why am I in tears?' and I was like, 'Dude, I can't stop watching it,' " D'Urbano recalled. "I watched it like 100 times before I even posted it."

He added, "I never in a million years thought that it would get as big as it did."

D'Urbano said that when he first came across the budding trend, he thought it would be perfect for his 5-year-old.

"As soon as I saw it, I was like, 'Oh, she would be so perfect doing something like this,' because she loves to record me, take pictures of me on her phone just for fun. And plus, every time I dance for her, she gets a kick out of it and laughs at me," the father of three explained. 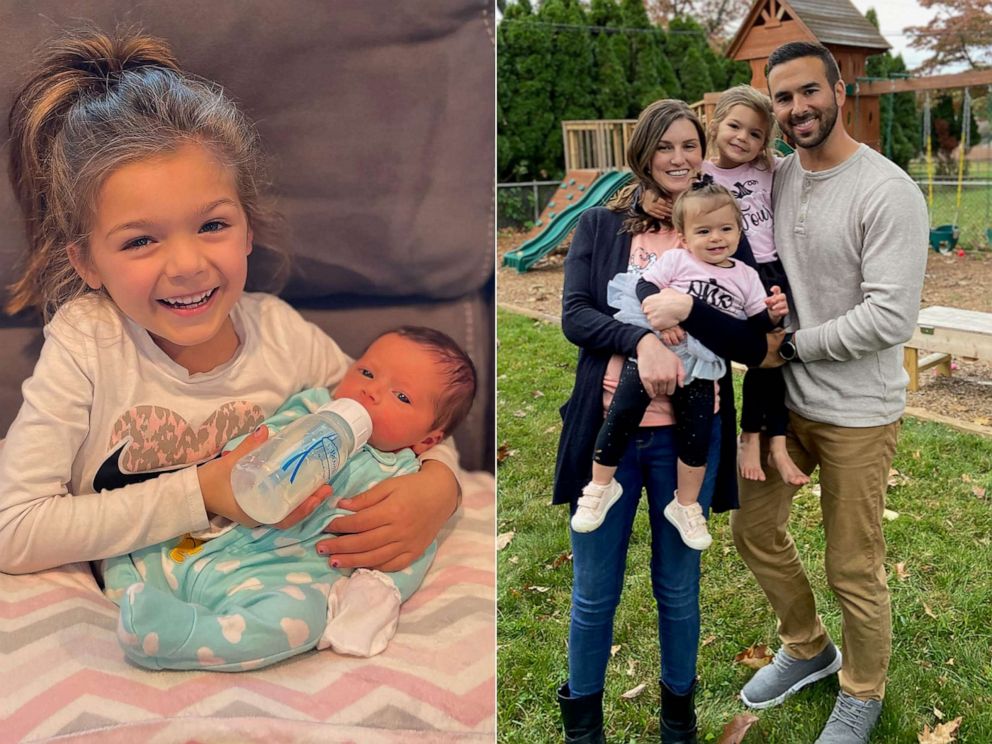 Courtesy D'Urbano family
Rob D'Urbano and his wife Kaylie are parents of three daughters, including Harper.

"The hard part was going to be [trying] to fool her into the camera facing her because I knew she would catch on to that. But as soon as I gave it to her, she was like, 'Why is it facing this way?' And I said, 'Well, I have to just record it this direction. It's still recording.' So she couldn't see the screen, so she fell for it pretty good."

Harper's wide smile and big laugh in the TikTok post, paired with Swift's vocals, are infectious -- and D'Urbano agrees.

"As soon as I saw it. I was like, 'Oh my gosh. This is amazing,' " he said. "I was not expecting that look. I mean, I've always seen her laugh at me and smile at me when I do silly things. But that was a little different. I don't know what it was."

"It was adorable," D'Urbano added. "It just made my day, made my year, every time I see it."

For now, D'Urbano hopes to continue having fun with Harper, who loves to draw and dance and make the occasional TikTok video with her father.

"The large majority [of video comments] were very positive and happy and it kind of made me feel good that something that we made brightened up people's days," D'Urbano said. "So I was like, I wonder if we could do this more often and she enjoyed it and it wasn't like it was forced on her. and that was what I liked about it. So that's where we are now, making some fun videos as we go."