On Oct. 27, when Hubby was nearly set to legally adopt her son Cameron, the 5-year-old boy asked to relay a short but touching message to everyone gathered with them in a New Mexico courtroom.

"I just want to say that I love my mom so much and that she's the best mom I've ever had and I love her so much," Cameron declared. 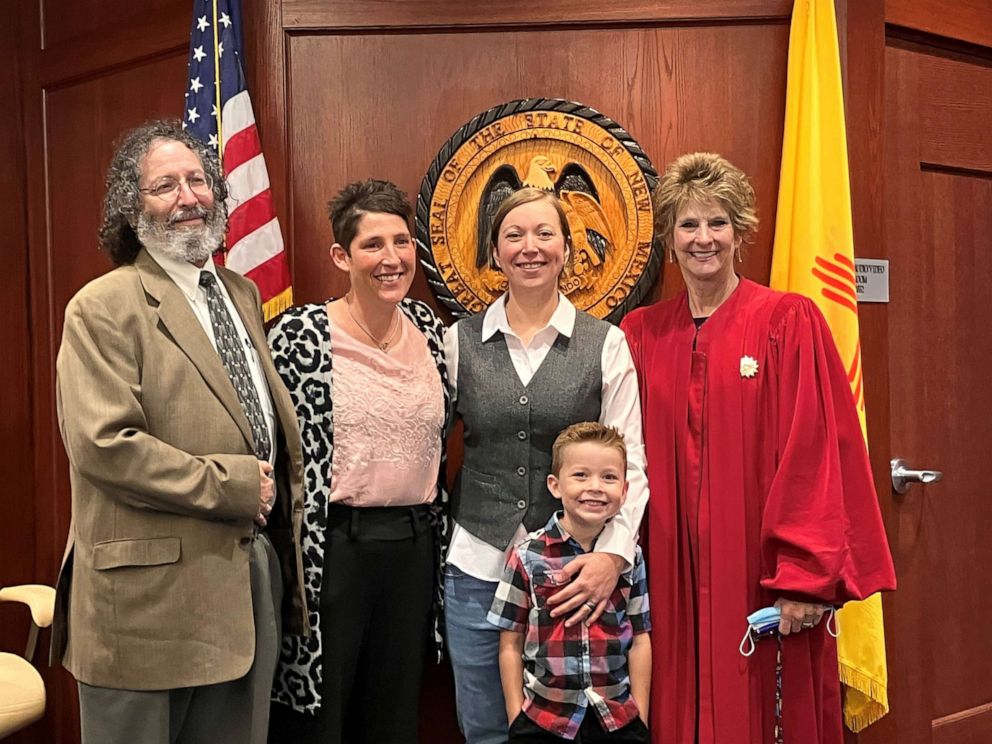 Courtesy of Jennifer Hubby
The Hubby family posed for a photo with the judge who presided over Cameron's adoption case.

"I'll never forget it," Hubby told "Good Morning America" of Cameron's unplanned speech. "The judge asked if we had anything to state for the record, and that's when we turned the camera on and I said a little something that was really not moving at all. I was just nervous and wanted to see the final decree and Cameron, I think he looked at me and he said, he whispered, 'Can I say something?'"

The exchange was captured on camera by Hubby's best friend Milly Davies, who had joined the family in court that day. 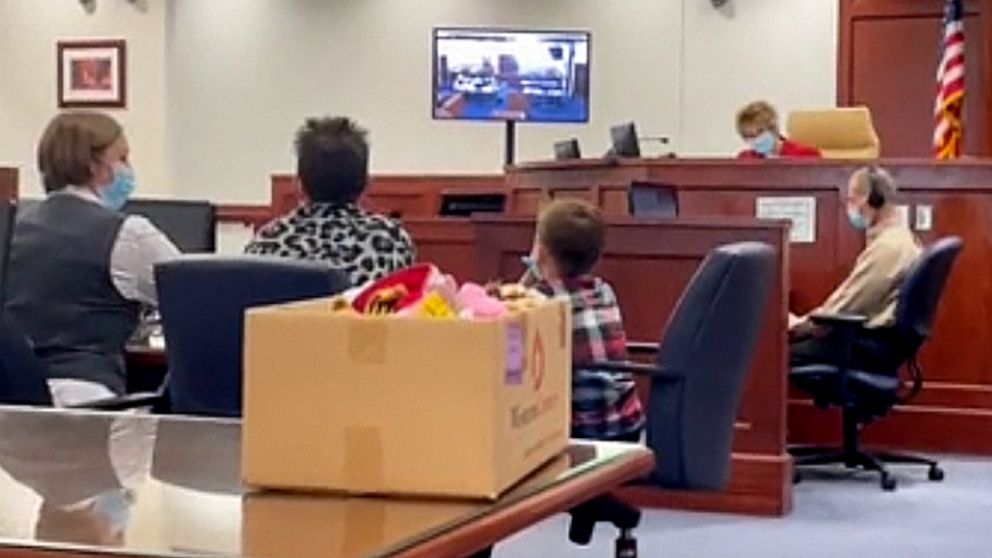 Courtesty of Milly Davies
Cameron accompanied his "mamma" Jennifer Hubby to court in October on the day Hubby adopted him as his stepmom.

"He said, 'I love my mom so much.' And then I started to cry," Hubby recounted. "You can see my head dip. And then he turned to me and held me … it was super emotional. And you can hear people tearing up, and you can hear the judge respond and she goes, 'Oh, my gosh,' and then she had her own little words of encouragement for Cameron."

Judge Cheryl H. Johnston was presiding over Cameron's adoption case and quickly responded after the boy spoke up.

"You know what, it's important to tell people you love them when they care about you," Johnston replied to Cameron. "And so you're a lucky guy so I'm glad to see you. And I'm glad you love them. That's what we're supposed to be doing. It's a good thing." 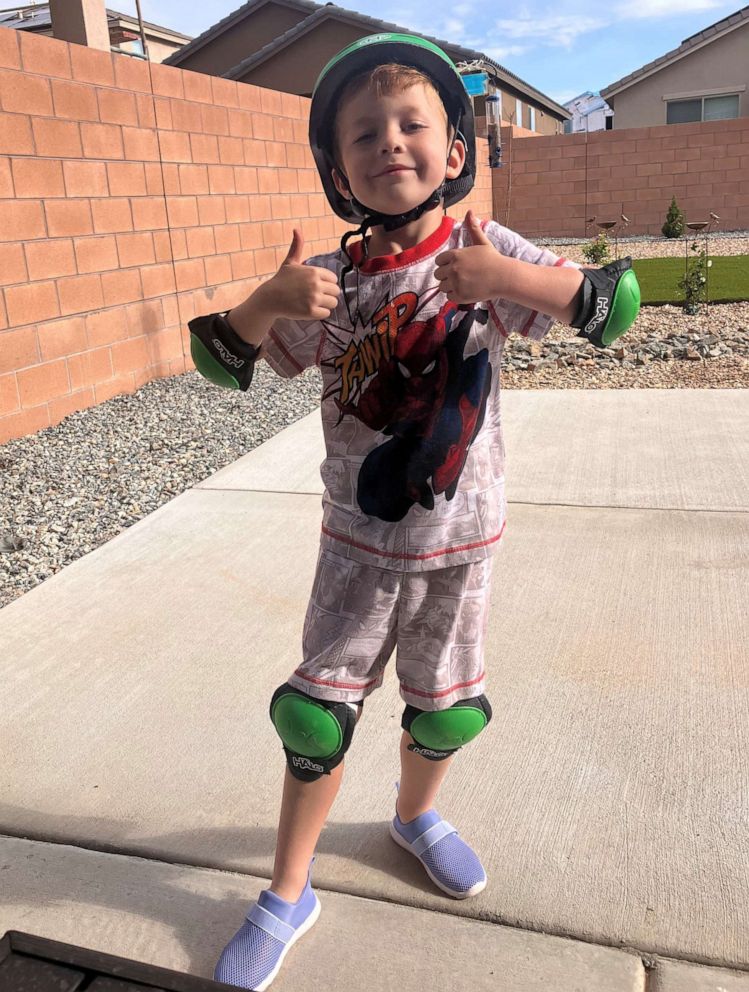 Hubby, whom Cameron calls "mamma," said she wanted to go through the stepparent adoption to make sure Cameron was protected in case anything should happen to her wife Kim Hubby, who is Cameron's biological mother and whom the boy calls "mom."

"Even though he was born in the marriage, and he''s always been with us, it wasn't really legally recognized and I wouldn't be able to protect him until this happened," Hubby explained. "I was incredibly nervous going into it."

After a six-month process and years of planning, the family was able to go to court and get things finalized.

"We wanted to do it years ago but we didn't have the financial stability. And it's not easy. Adoption is a very expensive process," Hubby said. "Even though ours was pretty straightforward, stepparent adoption, still there's a lot that goes into it -- financially, background check, emotionally, having the conversation with the partner."

One day after Cameron's adoption, his kindergarten class even presented him with a signed, celebratory card to mark the big day. 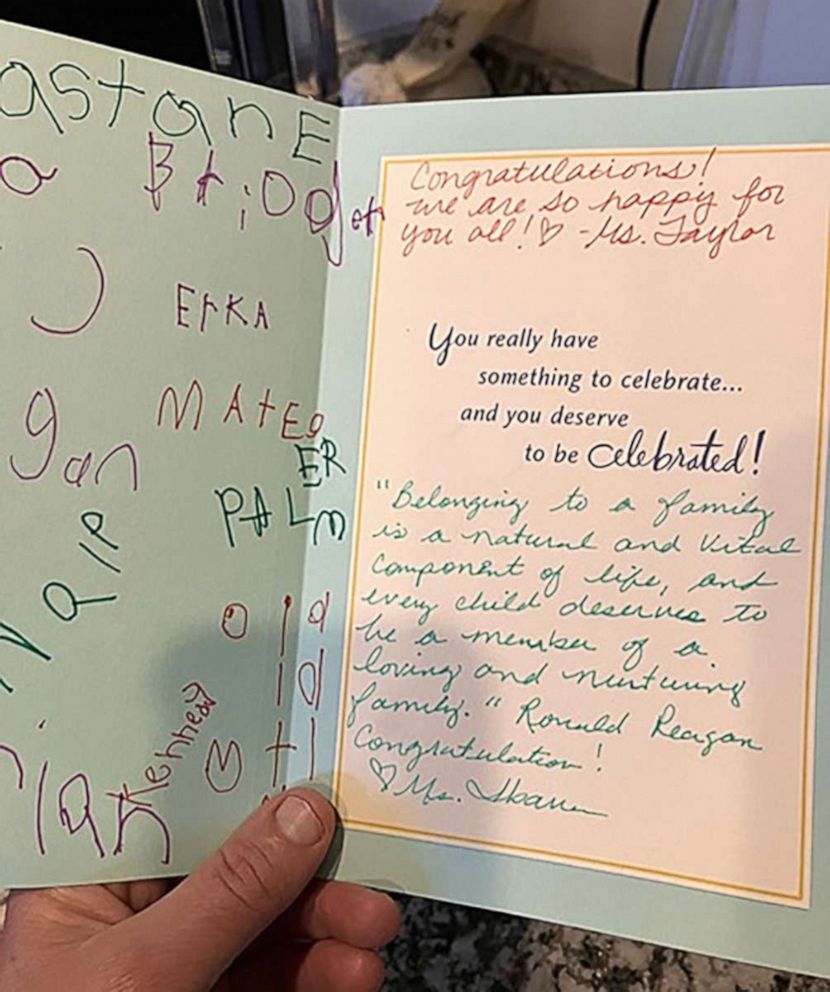 Courtesy of Jennifer Hubby
After Cameron's adoption, his classmates gave him a signed card to celebrate the occasion.

Now, the Hubby family is back home together in Rio Rancho, New Mexico. Hubby said the adoption has given them an "incredible amount of peace of mind" and "feels really good."