"Say hello to Rancho Cucamonga Fire’s newest little family members! Between March and July of this year, nine babies were born in the department and we couldn’t pass up the opportunity to capture this special moment," the fire department wrote on Facebook. "We are thrilled to see our RCFD fire family keep growing!"

The babies, who were all born within five months of each other, posed for a few photos inside RCFD.

(MORE: 7 firefighter families from 1 station are expecting babies at the same time)

The post has already garnered lots of love on Facebook with hundreds of congratulatory comments and shares. 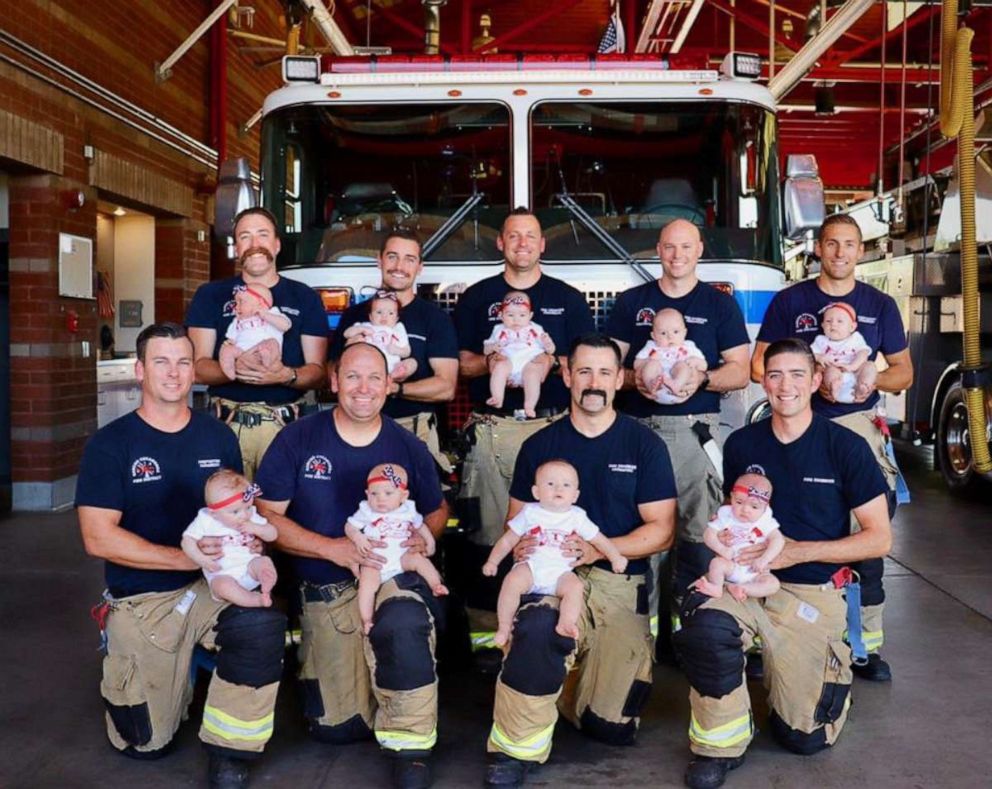 "Hope those turnout coats are CLEAN," one commenter wrote in response to the creative snapshot of the seven boys and two girls curled up on their respective dads' outer layer of gear. "Absolutely," the fire department replied with a smile emoji. 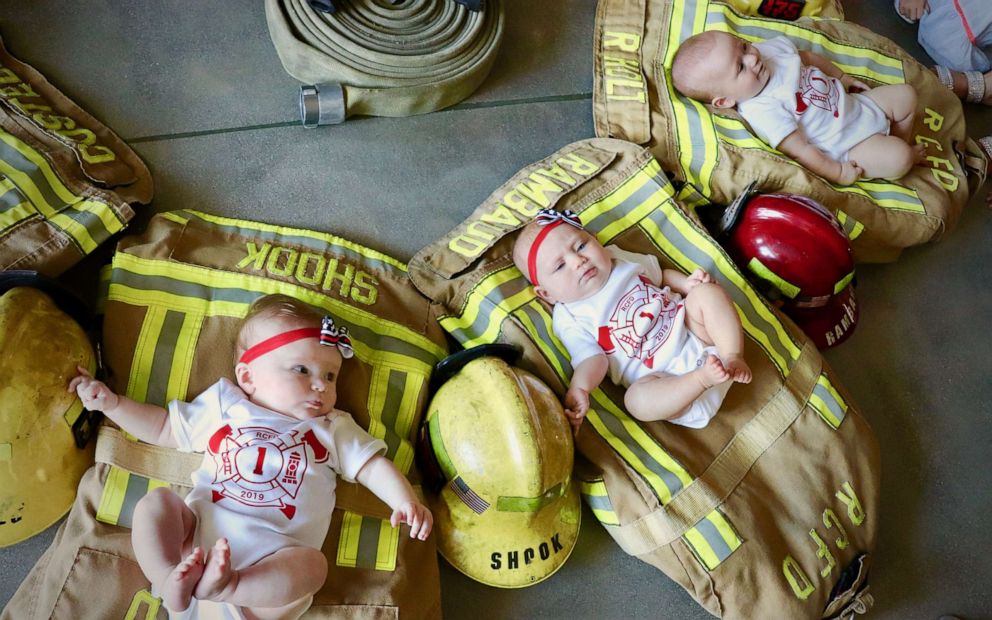 The photos featured the proud dads hoisting up the infants in front of the fire trucks, a group shot with their families in their fire gear and a father-child pose in their blue uniforms.