It has been over a year since Pamela Addison lost her husband, Martin, to COVID-19, but the grief is still as raw as ever.

In late April 2020, the 36-year-old New Jersey teacher found herself a single mother to the couple's two young children, Elsie, 2, and Graeme, 5 months old, at the time of Martin’s death.

“I am still grieving the loss of my husband a year later. We haven't been able to grieve properly because of COVID-19 ... it's the most painful way to lose [someone]. I didn't get to say goodbye, and that will always haunt me,” Addison told ABC News.

Martin, a speech pathologist at St. Joseph's University Medical Center in Paterson, New Jersey, was just 44 when he became ill with the virus in late March of 2020. 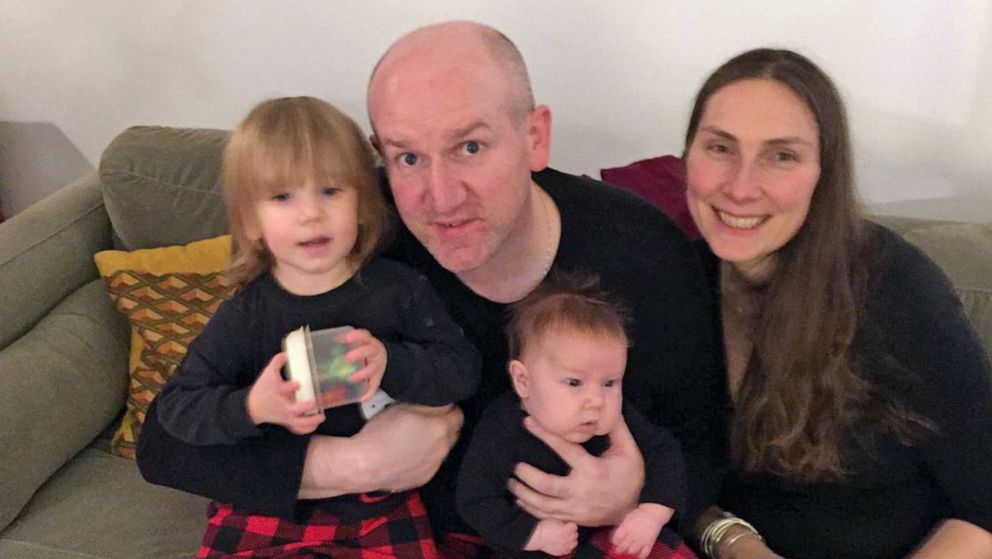 Courtesy Pamela Addison
Pamela Addison poses for a photo with her late husband, Martin Addison, and their two children, Elsie and Graeme, in an undated handout photo.

Although Martin had been otherwise healthy at the time of his infection, he developed a cough following their daughter’s second birthday, and life quickly ceased to be normal. At the time, little was known about the virus that was steadily taking hold of the country, but within a matter of weeks, Martin was hospitalized and on a ventilator.

Despite numerous interventions and efforts, Martin succumbed to the virus just over a month after he developed his first symptoms.

Every night, they kiss their Papa's picture and tell him goodnight.

Martin’s lifelong dream was to be a father, Addison said, and though caring for the couple’s young children is her greatest joy, she said it has been a struggle to be the sole parent and provider.

“My heart aches for them to know that they just have me now,” Addison said, adding that she is doing the most she can to make sure they remember their father and the deep love he had for them.

“Every night, they kiss their Papa's picture and tell him goodnight. My daughter taught my son to do that, and it's an important part of our bedtime routine,” Addison added.

When she first lost her husband, Addison said she not only felt very alone and vulnerable, but she also felt like no one around her truly understood what it was like to be a grieving young widow and a newly single parent.

It was “a very, very lonely place to be,” she said, as she struggled to find her place in a “new normal,” which no longer included her husband.

MORE: Members of Congress hold moment of silence for Americans who died of COVID-19

Thus, in an effort to find a community of others who could be experiencing the same grief as she has over the past year, a few months after the death of her husband, Addison founded the Young Widows and Widowers of COVID-19 on Facebook, which now includes over 600 members.

“In creating this group, I have created a community of people who understand everything we have all been through. We have bonded over our losses ... we have built friendships that are forever because of this common bond that we all share in losing our husbands, and in some cases, our wives to COVID-19.” 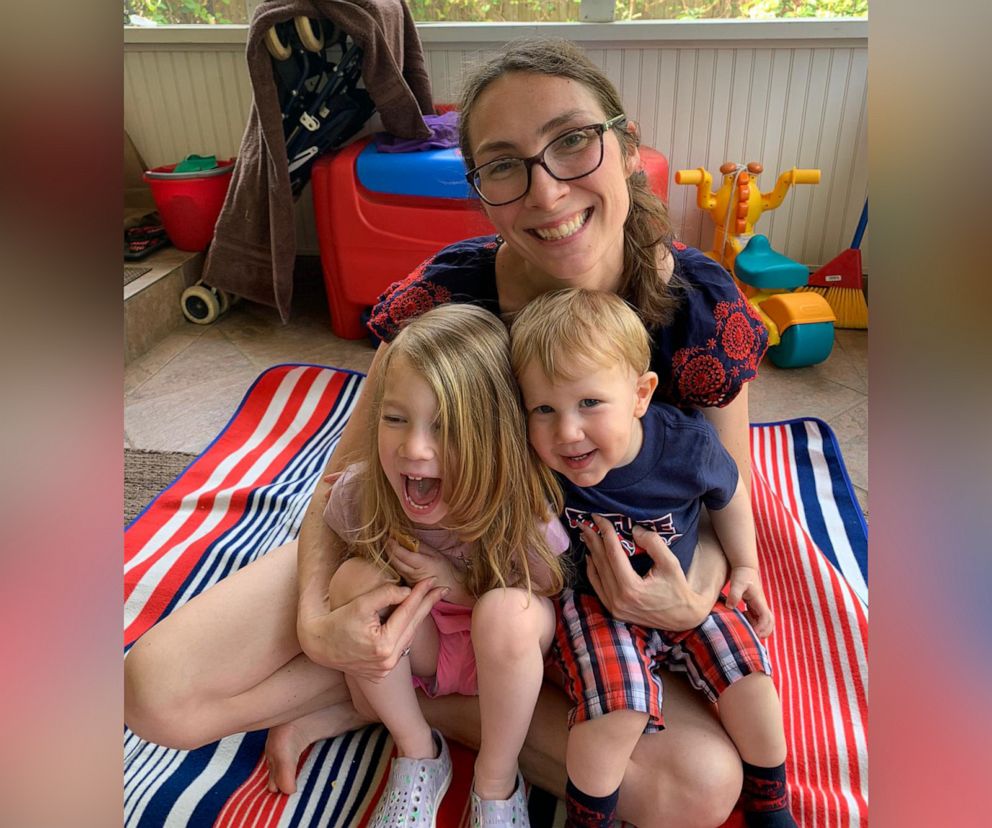 Courtesy Pamela Addison
Pamela Addison poses for a photo with her two children, Elsie and Graeme, in an undated handout photo.

An analysis published by the Proceedings of the National Academy of Sciences, which tracks the extent of loss of kin due to COVID-19 with a bereavement multiplier, estimates that 5.4 million family members have grieved the loss of a loved one due to COVID-19 since last year. Further, a research letter published in JAMA Pediatrics, found that as of February, 37, 300 children aged 0 to 17 years had lost at least one parent due to COVID-19.

That highlights the critical importance of being embraced and feeling supported by a group of individuals undergoing similar tragic experiences, Addison noted.

“It's just a beautiful community of people that I'm so blessed to have in my life now, because any time I'm having a rough moment, and I can talk to one of them, they totally understand what I'm saying and totally get it. It's just a safe place to share all our struggles and vent and cry and laugh together,” Addison said.

MORE: Kids under 12 are one step closer to being able to receive COVID-19 vaccines

The need for such communities only appears to be becoming more necessary as the country’s death toll continues to increase. On Tuesday, the U.S. marked its most grim milestone yet when it surpassed 600,000 confirmed coronavirus deaths.

We need to remember that there are 600,000 families still grieving.

“When my husband died, it was only 60,000 people, and I could never, in my wildest dreams, imagined that we would be here today. I thought it was going to get better, and clearly people are still dying,” Addison said. “Yes, there is light at the end of the tunnel, but we have lost 600,000 people. Six hundred thousand families are going through the pain and heartbreak that my family has endured this past year.”

With virus cases and deaths falling sharply across the country and vaccination rates increasing, life appears to be slowly returning to a new normal, as states move to ease restrictions.

However, Addison said, as the country reopens, the loss is only becoming more real.

"We need to remember that there are 600,000 families still grieving, who will be grieving for the rest of their lives because they've lost a person that they loved more than life itself," she said. "We have to move forward and remember them and cherish all the memories we've had ... but we will never forget what COVID did to our families."