A 5-year-old has helped create a device so his teacher, who is fighting stage 4 metastatic breast cancer, can give hugs if she chooses.

On March 13, Avery and his family delivered the "hugging machine" to his kindergarten teacher, Keri Stromski, outside of her Long Island, New York, home.

"She was overwhelmed," Avery's mom, Cathie Green, told "Good Morning America." "She screamed to her husband and her kids, 'Come out here, look at what they made me ... I'm going to get to hug one of my students!'"

Stromski was diagnosed with cancer in 2016 and has continued teaching. During the pandemic she's been teaching her kindergartners online.

Green described Stromski as a "superhero" and a wonderful educator who's known for incorporating puppets in her lessons. After losing her hair to chemo, Stromski would wear colored wigs to make the kids smile, Green said. 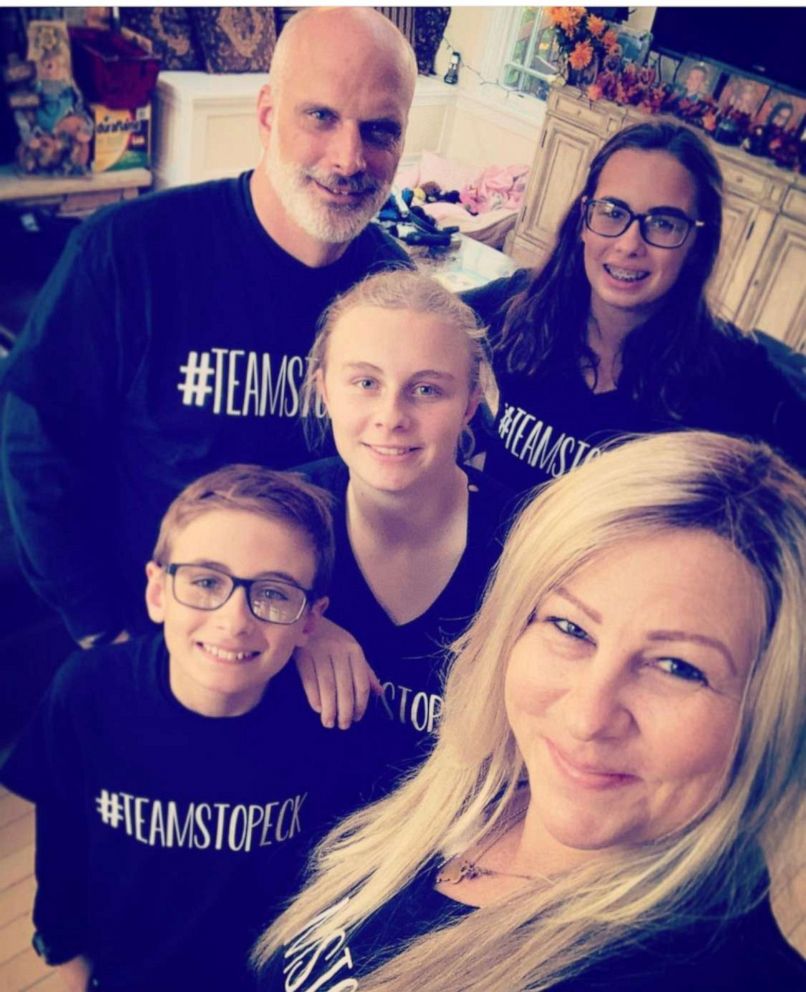 Keri Stromski
Keri Stromski, 48, is a resident of Aquebogue, New York. She and her husband Rob have three kids: Madison, 18, Morgan, 15, Quinn, 12.

Stromski is currently receiving treatment at Stony Brook University Hospital, though her kindergartners think she's on a "super secret mission to save a new puppet."

Stromski told "GMA" in an email that the cancer ward is the worst place to be. "But full of the most amazing and wonderful people," she added.

"This staff is my family," she wrote, giving a nod to her doctors Alison Stopeck and Alexander Stessin. 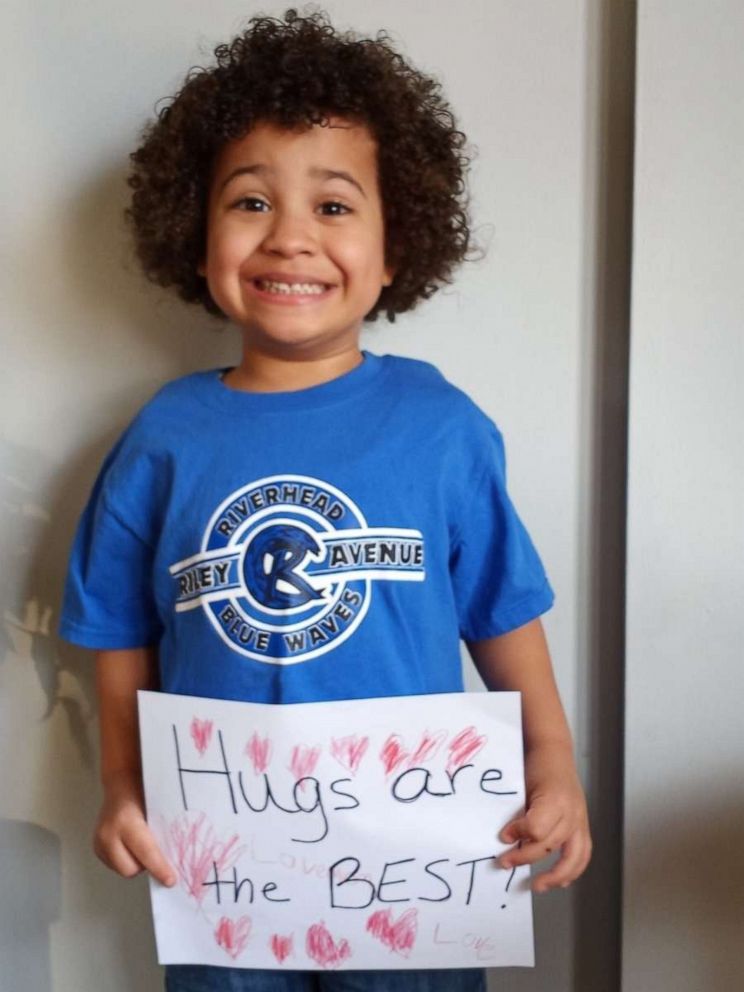 Cathie Green
On March 13, Avery Green, 5 and his family delivered the "hugging machine" to his kindergarten teacher, Keri Stromski, outside of her Long Island, New York, home.
More: A 4th grade teacher has built her own, outdoor classroom amid COVID-19

Green said Stromski has always been open with parents about having cancer.

Green said she noticed families were making homemade hug machines using thick plastic protectors at the start of the pandemic. She and her husband Al, both health care workers, and their son Avery decided to make one for Stromski in case she wanted to use it while social distancing. 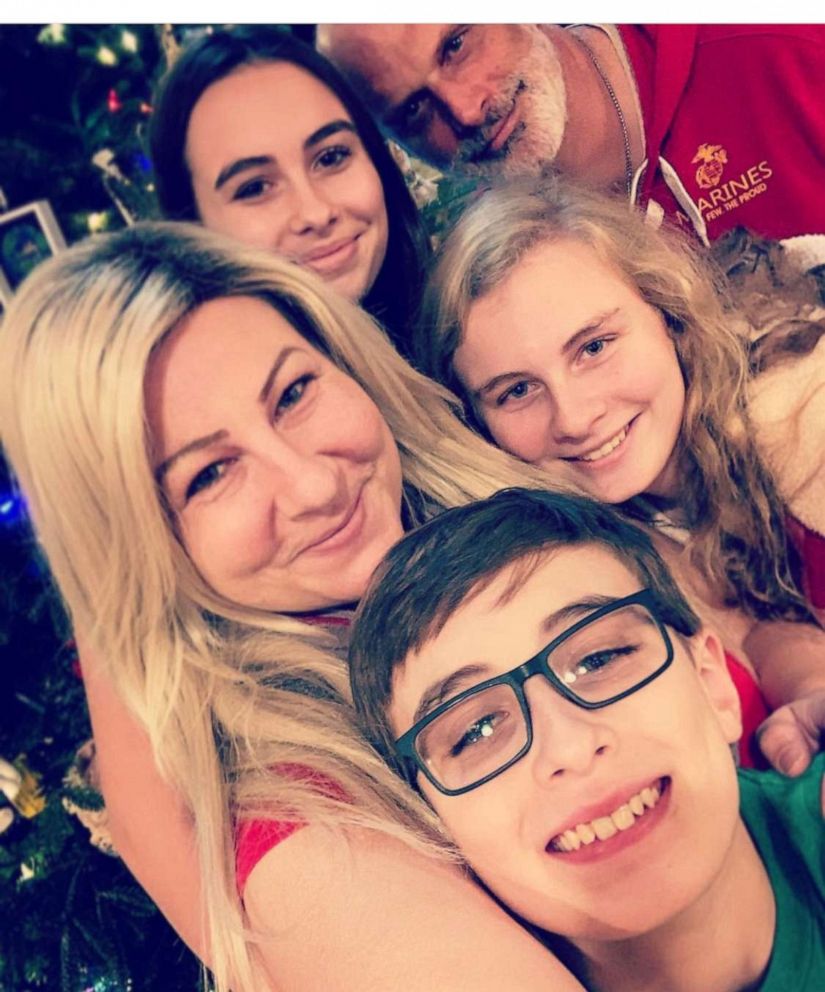 Green said Avery's job was tearing the tape. Each "hugger" uses his or her own disposable bags to hug through the curtain. Mask wearing is still required.

"She's an amazing person and I think she needs the kids as much as the kids need her," Green said. "This was the least I could do after all she's done for our babies."

The community hopes to hold a parade for Stromski. Instead of pink, Stromski asks that attendees wear blue and white -- the colors that represent her school district. 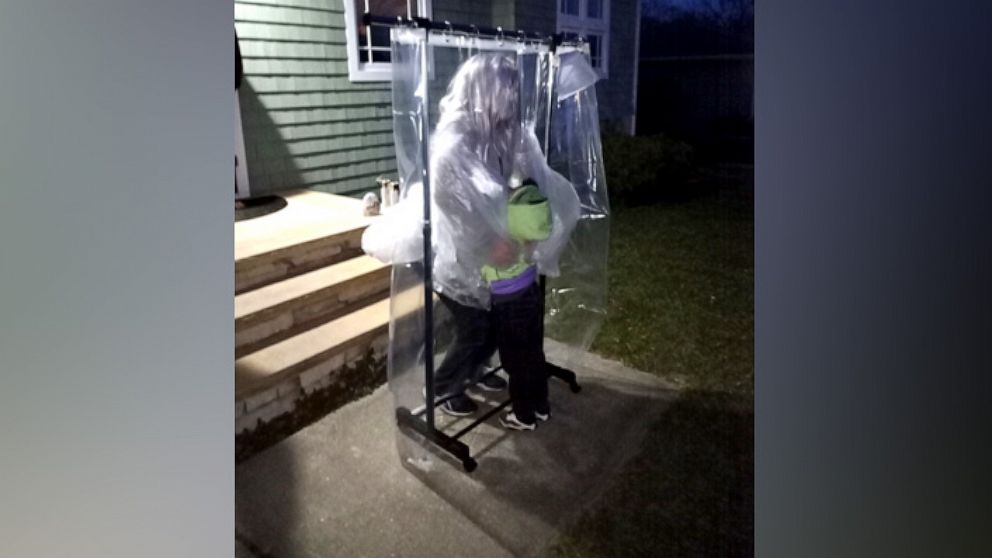 "It’s to celebrate how resilient we all are ... especially the children," she said. "The work everyone has done is amazing -- from the families, students, teachers, custodians, aides, secretaries, nurses, cafeteria, administration, union and BOE (Board of Education). I love my town and my district and the Blue Waves are the best people you’ll ever meet." 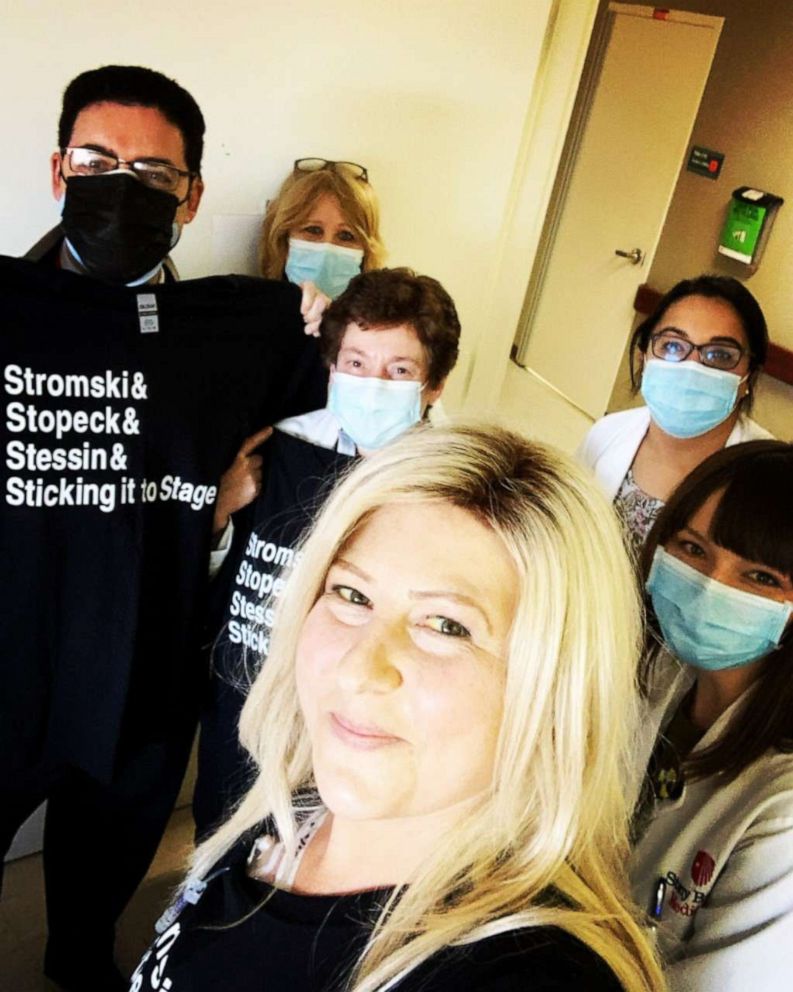 Keri Stromski
Keri Stromski, 48, is a resident of Aquebogue, New York. Keri is fighting stage 4 metastatic breast cancer and she credits her doctors Alison Stopeck and Alexander Stessin who have treated her.

Stromski said she's still responding to parents, helping her substitute and "researching what other women are doing or have done to survive this." She hopes to return after spring break.

Stromski is an advocate for stage four cancer research. She said she raised $16,000 in two years for her own oncologist's research. The North Fork Breast Health Coalition has added a stage four research drive due to Stomski's advocacy with them. She also supports the Stony Brook Cancer Center Research Fund, she said.