The baby formula shortage in the U.S. has grown rapidly since February, quickly impacting countless families in multiple states, but especially those who rely on special formula for their babies and children.

The deepening crisis prompted Kayzie Weedman, a 30-year-old mom of two, to share her experience in a TikTok video that has already been viewed over 1.4 million times.

Weedman, who works as an interior designer, told "Good Morning America" Monday that she started noticing a formula shortage at the end of last year and it has only worsened in the past six months.

"We started noticing the shelves weren't as stocked as they usually were in December of 2021. And then every month there on, it got worse and worse and worse," Weedman said. "Probably the last two months is when it's become like, the shelves are bare, empty, and nothing left and maybe in the last three weeks, every time I go, it's completely empty. There's nothing there. It's pretty much just distilled water and that's all that's on the shelves." 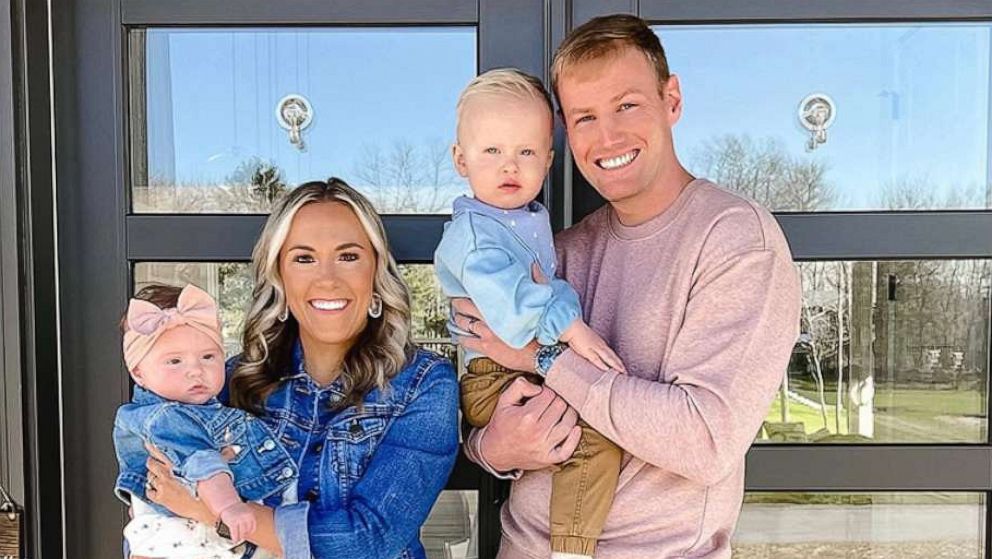 Kayzie Weedman
Kayzie Weedman and her husband are parents to two children, a son named Rory and a daughter named Palmer.

Weedman's daughter, Palmer is just 5 months old and relies on a special baby formula that's made without cow's milk protein. Her formula is part of Similac's Alimentum hypoallergenic formula line, made by Abbott Nutrition.

"She was on a formula that had the milk protein in it and she had a reaction and that is what caused the doctors to have me get her tested," Weedman said about learning that her youngest child had a cow's milk protein allergy, or CMPA.

When a child has a milk protein allergy, their body mistakenly considers the protein as a foreign invader and the child can experience various symptoms that range in severity, including difficulty breathing, hives, nausea, diarrhea or even life-threatening anaphylaxis, according to the Children’s Hospital of Philadelphia.

"When she has reactions, first, she gets a really bad rash. She'll get boils on her face that turn into scabs, and it's a very severe form of eczema. She gets wheezing. She has some problem going to the bathroom. So a lot of things happen when she has that milk protein," Weedman explained.

"We don't have an option to have any other formula on the shelf. So we can't just go and get whatever's left on the shelf," she continued. "We have to have her prescription formula or the hypoallergenic formula." 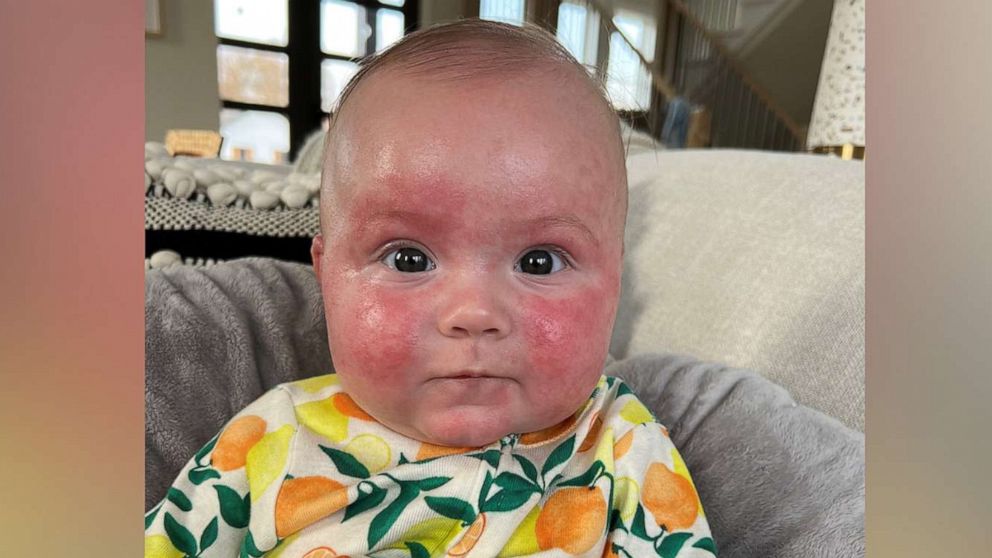 Kayzie Weedman
According to Weedman, Palmer gets a "severe" form of eczema after consuming milk protein, which can present as facial boils that then turn into scabs.

Abbott, the largest U.S. producer of baby formula, recalled some Alimentum products in February after reports of bacterial infections that caused two deaths were linked to the company's Sturgis, Michigan, manufacturing plant. The recall and ongoing supply chain issues due to the pandemic have severely limited the stock of baby formulas, including special formulas like nutrient-enriched, hydrolyzed and hypoallergenic formulas.

Abbott and the Food and Drug Administration announced Monday evening that a plan to restart the Sturgis facility had been agreed upon and Abbott said it hopes to resume production within two weeks. However, it will still take six to eight weeks for new formula products to hit store shelves.

MORE: Baby formula shortage: What parents should and shouldn't do

But Weedman and other parents haven't been able to wait weeks for new formula products to get restocked.

Weedman said her daughter Palmer needs to have five bottles of Alimentum formula per day and that Palmer can usually go through one can of Alimentum in about a week.

The Michigan mom said the formula shortage has made her feel angry, frustrated, sad and nervous for other parents. She considers herself one of the lucky moms, who can use their social media platform to ask for and receive help. Weedman said she now has enough supply for Palmer for the next three months and is now working to pay it forward to other parents and kids in need. 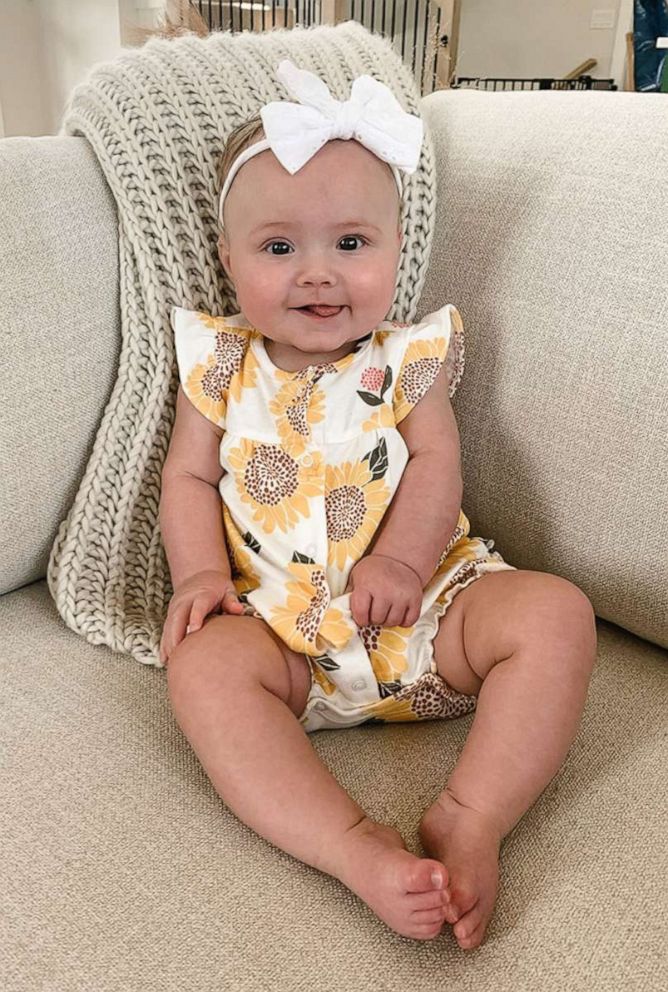 Kayzie Weedman
Weedman says she found out her youngest child, daughter Palmer, had an allergy to cow's milk protein after she had a reaction after consuming baby formula with milk protein in it.

"I have actually been able to facilitate swapping of formula for a lot of moms," Weedman told "GMA." "Some moms will say, 'This formula didn't work for me. Can you reach out to your followers and see if it'll work for them?' So I've actually shipped a lot of formula to different moms so that we can all help each other out because that's really all we can do."

For parents struggling to find formula, Weedman suggested asking as many people as possible.

"Reach out to your friends and family, anyone who's not in your city," Weedman said. "Have them look for your can and if they do have your can, pick up one, pick up two, you know, we don't need to pick up 10, but just support other moms and if you know someone who's formula feeding, see what can they have, pick it up if you can, and we all have to support each other."

"Social media can be a scary but amazing place. ... I'm really lucky for social media because it got me the cans I need so my daughter doesn't starve," Weedman added.

If your child has urgent health needs that require specific formula, Abbott said it may be able to release formula to you. The process can be started by parents online at Abbott's website at www.abbottnutrition.com/metabolics with the assistance of your health care provider.