An Olympic silver medalist and mom of two children who picked up gymnastics again during the coronavirus pandemic competed in her first gymnastics tournament in nine years Saturday.

Chellsie Memmel, who retired from professional gymnastics in 2012, competed in two events at the GK US Classic in Indianapolis, scoring 11.800 on the beam and 13.750 on the vault.

"I feel like this is a win," Memmel, 32, said about her debut return to the sport. "I didn't know what to expect honestly when I got out on the floor. Am I going to just fall over and faint of nerves?"

"I'm happy," she added. "I put myself out there and I couldn't have asked for a better day." 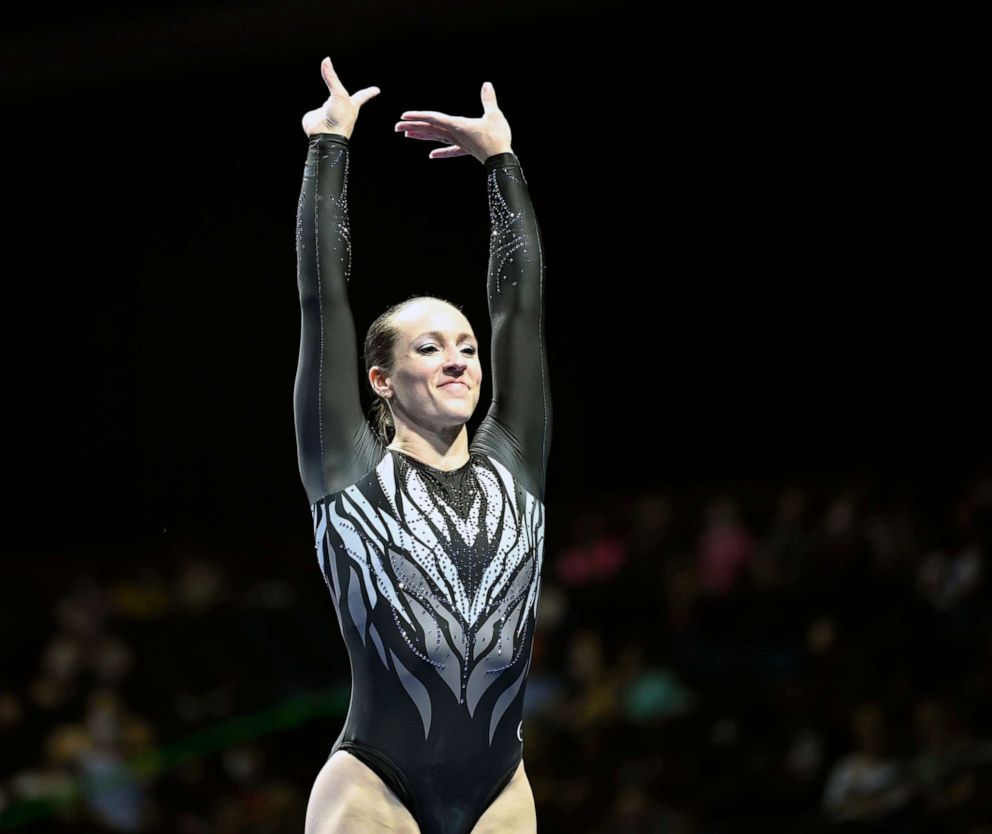 Amy Sanderson/ZUMA Wire/Cal Sport Media via AP
Chellsie Memmel competes on the balance beam at the Indiana Convention Center in Indianapolis, May 22, 2021.

Memmel, also a three-time World Champion, rediscovered her passion for gymnastics while home in Wisconsin -- where her parents own a gymnastics gym -- during the pandemic.

"I was in the gym more than I ever have been," Memmel told "Good Morning America" last year. "And I just started practicing more and being in the gym even more."

The experience transformed Memmel, who began documenting her journey back to competitive gymnastics on social media.

"I love doing gymnastics," Memmel said after competing at the GK US Classic. "There definitely are those hard days, but those days are the ones where I'm like remembering, 'You're just pushing yourself. You're having fun. You're seeing how far you can actually take this when people said you should have retired when you were 20 or when you were 24. You can't have kids and come back to a sport.'"

"That kind of thinking I feel is so backwards," she said. 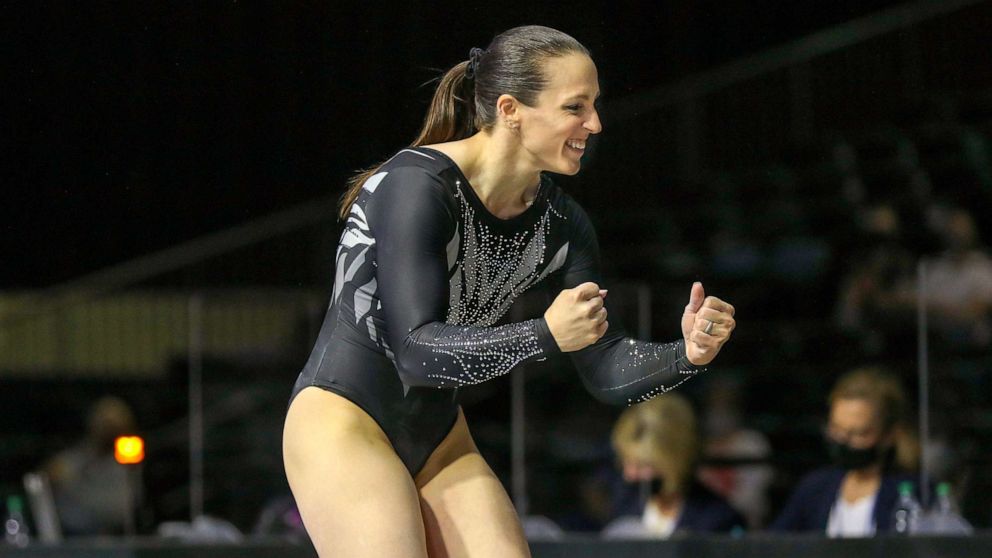 Kyle Okita/CSM via ZUMA Wire/Cal Sport Media via AP
Chellsie Memmel celebrates after performing her beam routine during the 2021 GK U.S. Classic at the Indiana Convention Center in Indianapolis, May 22, 2021.

Eight years earlier, in 2012, Memmel retired from professional gymnastics after a series of injuries and after she failed to make the U.S. team for the London Olympics.

She got married the next year and had two children, Dashel, 5, and Audrielle, 2. All the while, she maintained a foot in the gymnastics world through judging and coaching.

It wasn't until two years ago that Memmel decided she wanted to get back in shape after having kids. She started doing "Chellsie Challenges," conditioning workouts that went viral on social media.

"Once I got in better shape I was like, 'I should try flipping and see how that feels,'" Memmel told "GMA." "I started doing that and just having fun and seeing what I could do and that kind of kept happening."

Memmel said she now feels stronger mentally and physically than before she had children.

"This time around, gymnastics isn't my main focus," she said. "I'm a mom first. My life doesn't solely revolve around it right now."

Few highlights from today....few solid turns without the beam pad today. Not the best pak but it made me laugh and a last part to solid landing! Really starting to feel the nerves but also excitement. Travel day tomorrow 😳 #chellsiesadultgymnasticsjourney pic.twitter.com/I3tPv6JSuA

If Memmel goes on to compete with Team USA in Tokyo, she will be just one of a handful of mothers still competing in the sport and one of a very few women over the age of 30 in Olympics gymnastics history.

MORE: Mom reworks her resume to list all the skills she has as a mom, and the list is long

In 2016, for example, the oldest member of the U.S. women's gymnastics team was Aly Raisman who, at 22, was a decade younger than Memmel is today. Russia's Oksana Chusovitina made history that same year as the oldest female gymnast to ever compete in the Olympic games at age 41.

Memmel believes she would be the first mother to compete on the U.S. women's gymnastics team.

"For me, I just wanted to put that message out to anybody who thought they missed their chance at something or didn't get a chance to try it or wanted to go back to their sport even just for fun," she said Saturday. "No one should be stopping you. Just don't hold yourself back."