Six years ago, a Minnesota mom challenged her then-12-year-old son to avoid social media until he turned 18 in exchange for $1,800. The teen, Sivert Klefsaas, just cashed in on his reward.

It all started when Lorna Klefsaas heard about a similar challenge on the radio and decided to create her own "18 for 18 challenge."

"They were offering their child $1,600 to do something until they were 16. But I just remember thinking, 'Ooh, that's a really clever idea. I think maybe I'm gonna mention to Sivert and see if I can get him to wait on social media,'" Klefsaas told "Good Morning America." 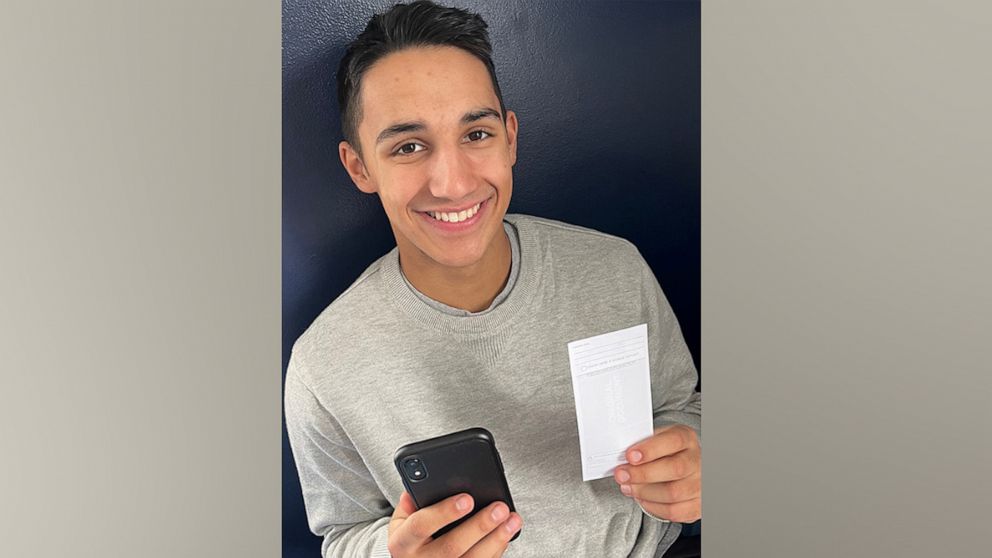 Courtesy of Lorna Klefsaas
Sivert Klefsaas is looking forward to spending some of his $1,800 reward this year.

He said he had tried out Snapchat at the time but deleted the app after a day, so then the challenge was on.

What started as a kitchen conversation then became something bigger.

For Klefsaas, asking her youngest child to stay off social media was a request born out of what she was seeing with her three older daughters. 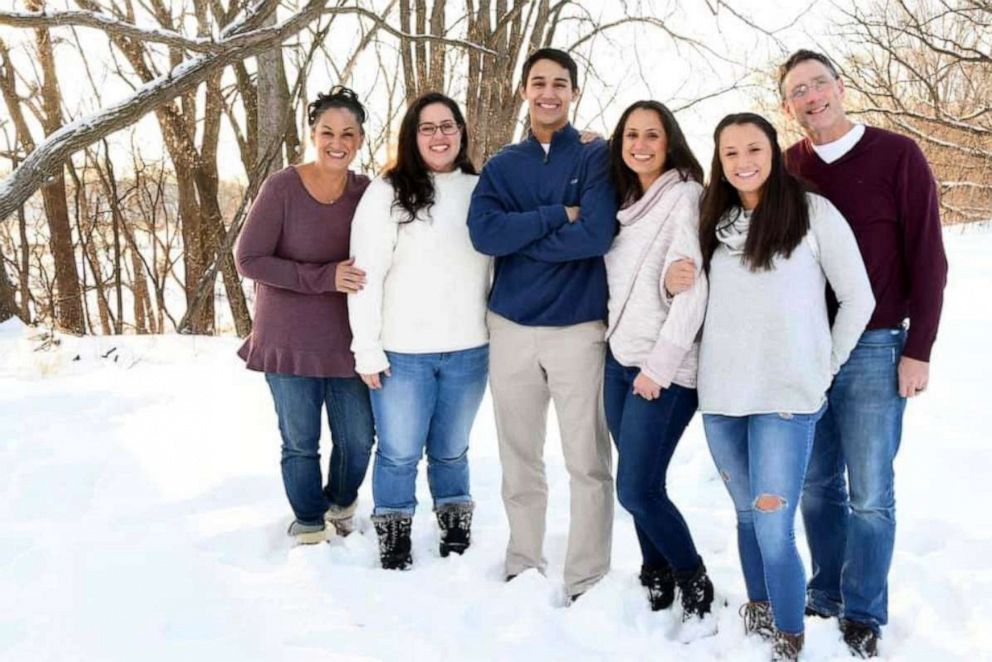 Becky Goldstrand Hollenkamp
Sivert is the youngest of four children and has three older sisters.

"I had concerns over how I had seen it being used. One of my daughters in particular got deeply involved with it, where it was affecting her mood, her friendships. It was hurting her feelings. She had anxiety about keeping up streaks, and that just ended up being really detrimental to her," Klefsaas explained. "So I thought, 'Boy if I could, I'd be willing to do whatever to keep Sivert off as long as I could, whatever that looks like.'"

MORE: Social media is harmful to teen girls' mental health: What you should know

Dr. Sasha Zagoloff, a clinical child psychologist and an associate professor at the University of Minnesota Medical School, said social media use among kids and teens isn't all good or all bad.

"While social media use can be problematic, it can also be used well when adolescents are engaged in dialogue with their caregivers," Zagoloff explained to "GMA" via email. "Social media use can be associated with bullying and poor sleep quality. But, social media use is also how many teens remain connected with their friends. In addition, some youth have limited social support in person and social media allows them to see that there are people like them in the world even if they do not see them on a day to day basis."

For Sivert, he wanted to see if he could keep up with the challenge.

"I think halfway through I was like, 'Oh, maybe I want to be done,'" he recalled. "But then I was like, well, then I did the last three years for nothing. So it was a pride issue."

Klefsaas said Sivert knew he could stop the challenge if he ever wanted to and it was her son's choice and competitive drive that led him to remain off social media. The only exception over the six-year challenge was when his basketball team used Snapchat to send game and team information. 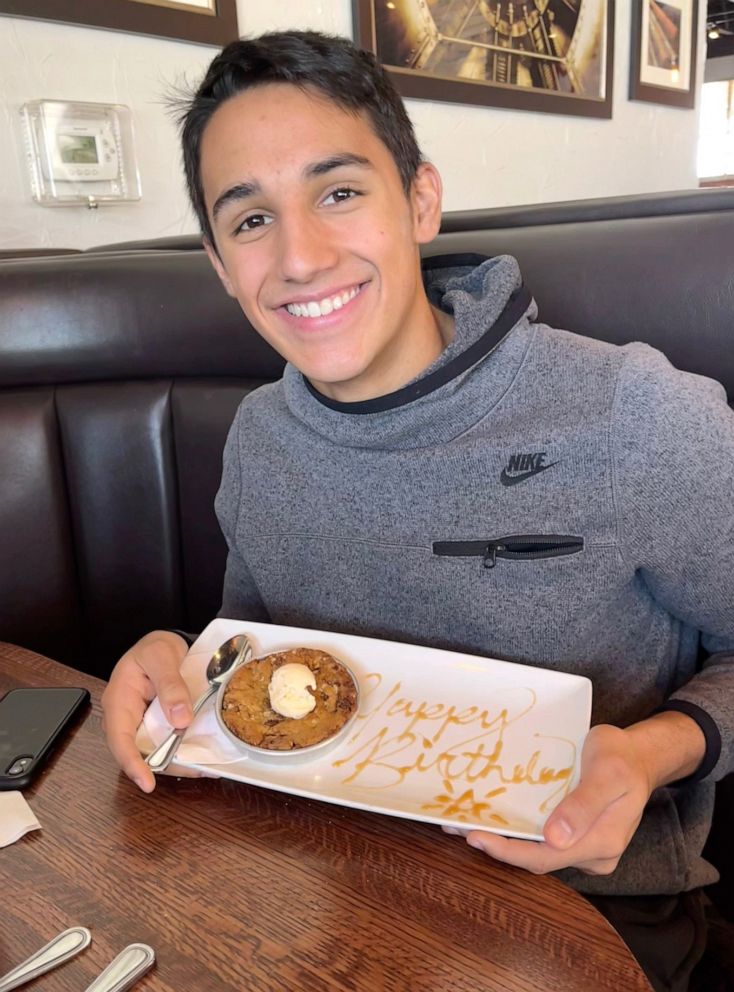 Sivert said while he may have been a step behind on Internet trends, refraining from social media didn't negatively impact his life. At the end of the day, his friends didn't seem to care whether he was on apps like Instagram, Snapchat or TikTok either.

"I was really able to avoid a lot of the drama that I guess people, like high schoolers on Instagram, have to deal with," he said.

Klefsaas said she thinks her social media challenge has been a success.

"He really invested into athletics and academics and I think it's paid off and I think we see that in how successful he has been," she said. "I would encourage parents to explore something that might motivate their child to make that swap and make that deal because I know in retrospect, I would pay a lot more than $1,800 to get the results that we had." 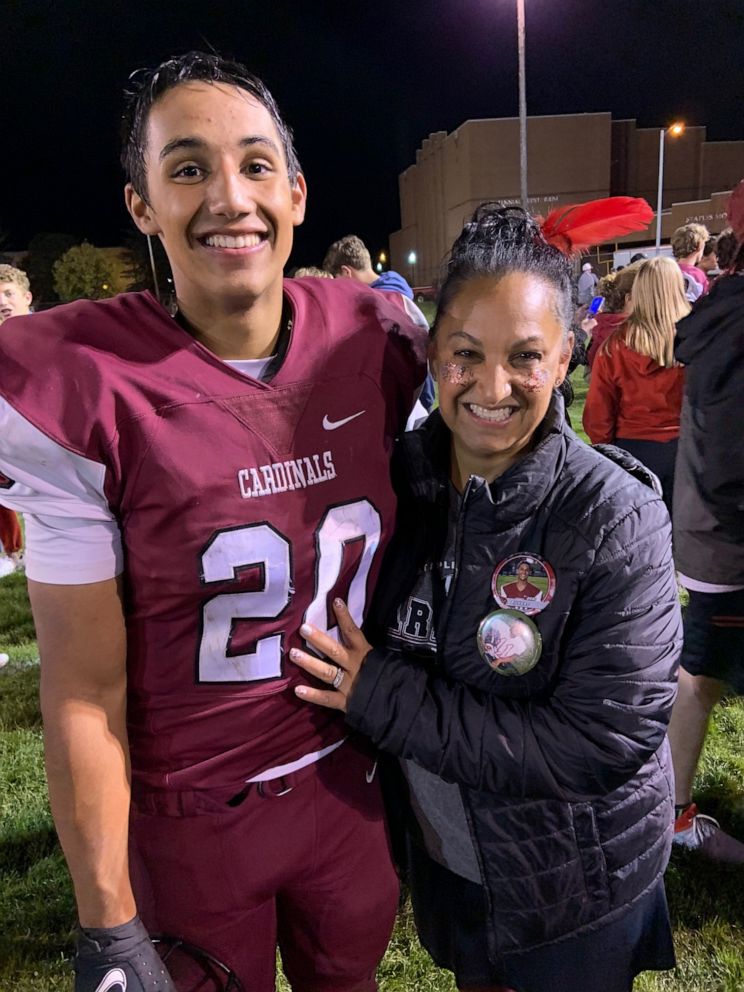 Zagoloff urged parents to practice role modeling healthy social media behaviors and to keep an eye on kids' use.

"Kids watch their caregivers all of the time – if we are on devices, they will want to be; if we use our devices with intention, kids learn this also," she said. "Youth learn best with the safety net of involved caregivers in comparison with having access to 'forbidden fruit' once they have left the security of their home."

Now that he's done with the challenge, Sivert downloaded Snapchat again and joined Instagram but has no plans to let social media define him.

"Social media is great. Absolutely use it," he said. But "make sure you invest time in other areas of your life too, especially those in-person relationships."

"At 18, he is, of course, a totally different person than he was when he was 12," Klefsaas said. "I think he is going to use social media in a fun and healthy way and I don't think he's going to let it dictate his feelings or how he feels about himself or his value."