One mom’s fight against hair bias brought about real change.

Chicago resident Ida Nelson sent her son Gus “Jett” Hawkins, 4, to Providence St. Mel School one day in early March with his hair in braids. The next day, she said she received a call from the school administrators that Jett’s hair violated the school's code of conduct.

“He was super excited about going to school and showing his new hairstyle to his teachers and to his friends,” Nelson told “Good Morning America.” 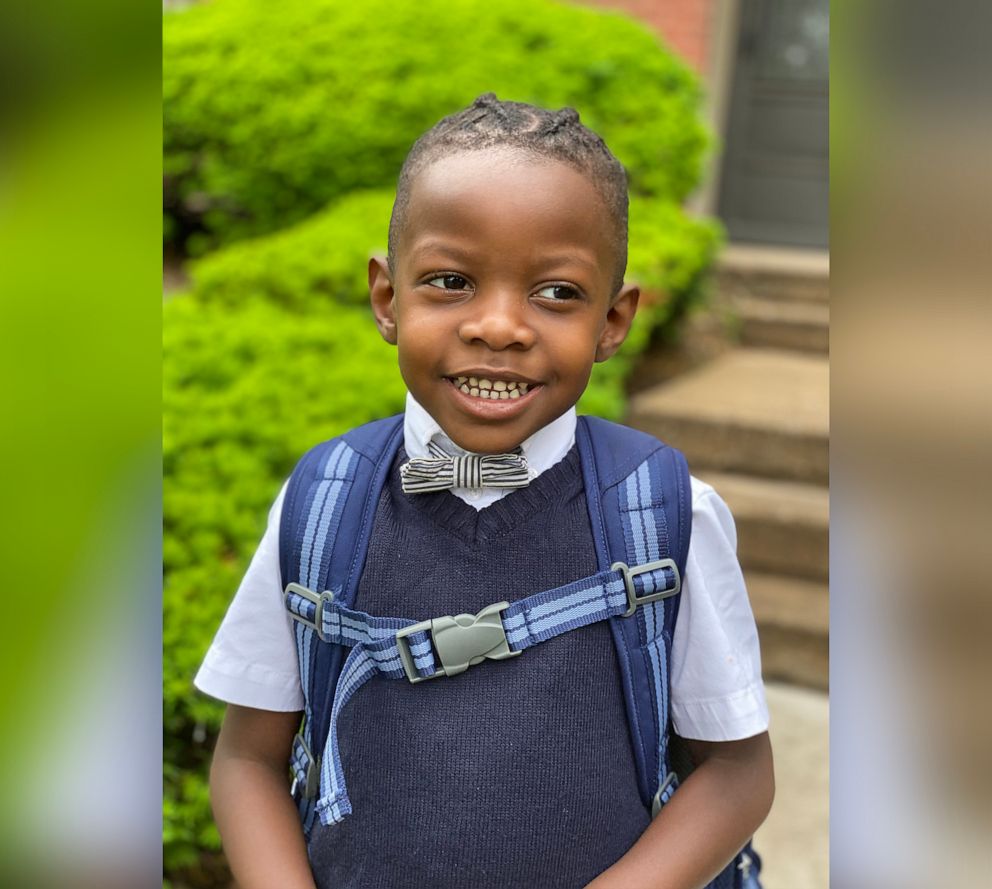 After she was informed that Jett couldn’t return to school with his hair in braids, Nelson took them out and put Jett’s hair in a ponytail-bun style, which she said also ended up being a problem.

“Then I got a second call stating that hairstyle was also in violation in the code of conduct,” Nelson said. “It was very confusing to me that a school that has 100% of pupils from the inner city of Chicago would have a policy that is rooted in discrimination and racism.”

The school’s policy states that “Afro or short hair styles are permissible” but bans natural hairstyles like braids, locs and twists, according to a copy of the handbook Nelson shared with "GMA."

After conversations with the school, Nelson said she took to social media to get the word out.

“I am hell-bent on making sure my son’s ability to have body autonomy is protected,” she said. “What I never, ever, ever want my children to feel is that they are not enough.” 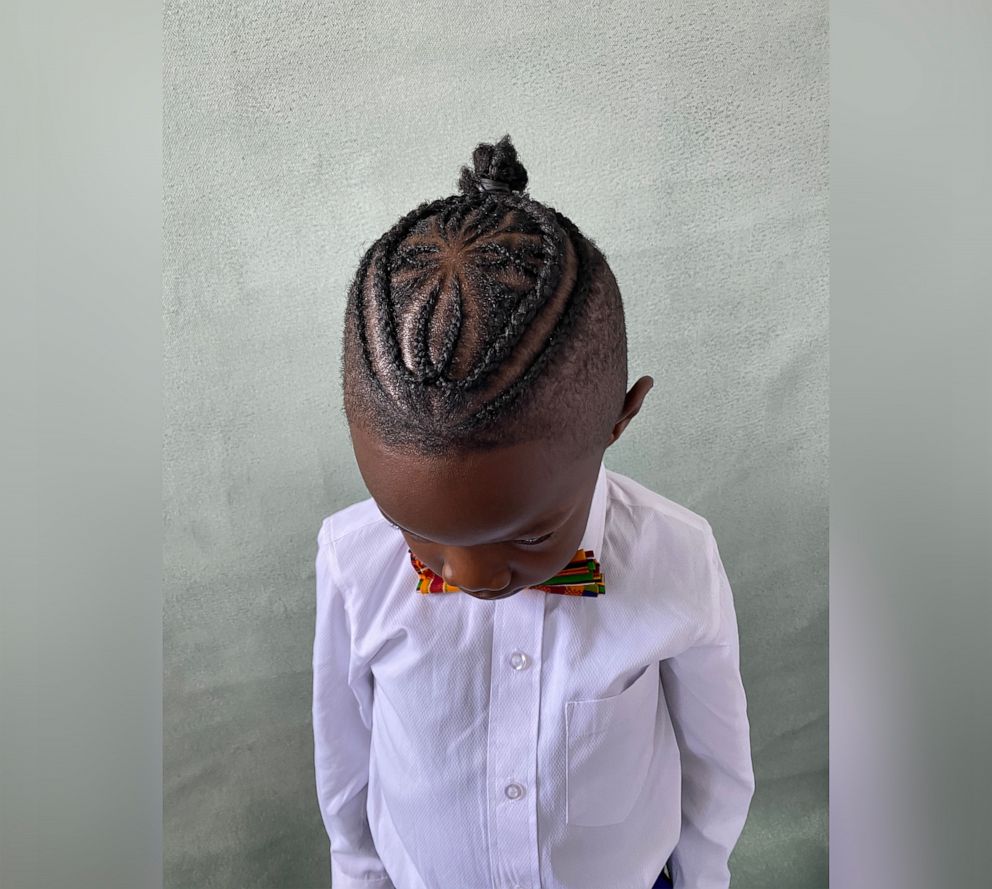 Nelson and Jett’s story caught the attention of Illinois State Sen. Mike Simmons, who then began drafting the Jett Hawkins Act, which would ban hair discrimination in schools.

“It just is a terrible way to traumatize not just a 4-year-old but any Black person and so I took action,” Simmons told “GMA.”

Simmons explained that the bill would prohibit schools from discriminating against Black hairstyles in policy handbooks.

It would also require schools in Illinois to complete a "compliance probe" with the State Board of Education, in which the board would check policy handbooks to make sure there’s no language that prohibits any hairstyles traditionally associated with race and ethnicity. Noncompliant schools would face penalties such as losing state recognition. 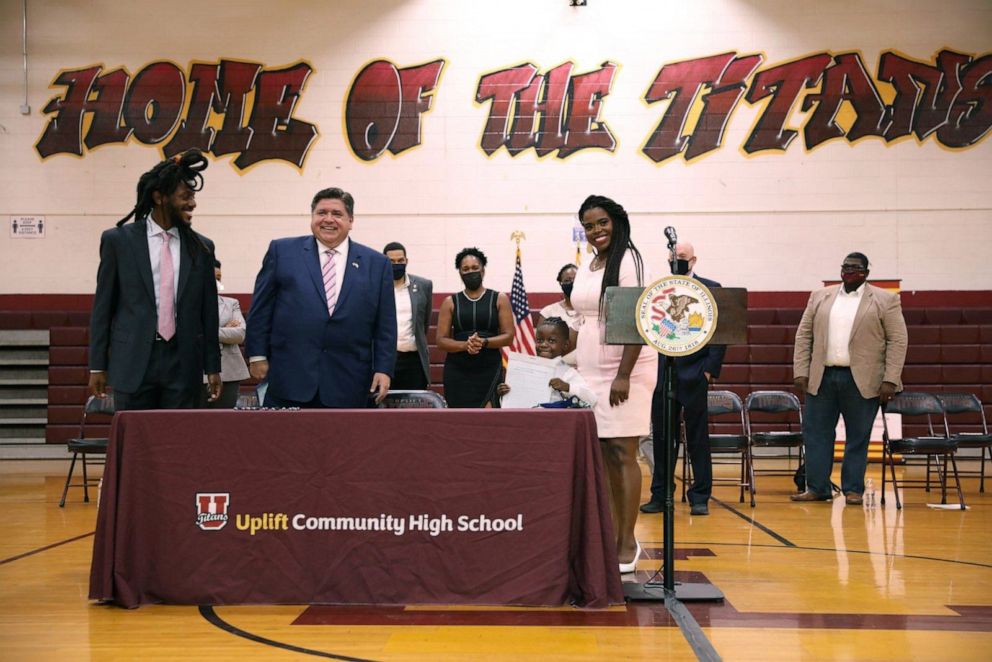 After being passed by the Illinois State Senate and the House of Representatives, the bill was signed into law by Gov. J.B. Pritzker on Aug. 13, 2021. It will take effect on Jan. 1, 2022.

“No child should ever have to experience being singled out by their school for sporting a hairstyle that remains true to their heritage, culture or ancestry,” Simmons said in an Aug. 13 statement. “These policies have no purpose and only serve to disproportionately impact and humiliate students of color who choose to wear their hair in a style that is traditionally non-white.”

The statement continued: "Kids like Jett deserve to express themselves however they see fit and shouldn’t have to be restricted by outdated and often racist dress codes. ... "I’m thankful to and proud of Jett and his mother Ida Nelson for taking a stand on the issue and for becoming activists for Black people to be able to wear their hair naturally and as they see fit in all spaces, and I’m thankful to Gov. Pritzker for signing this act into law.” 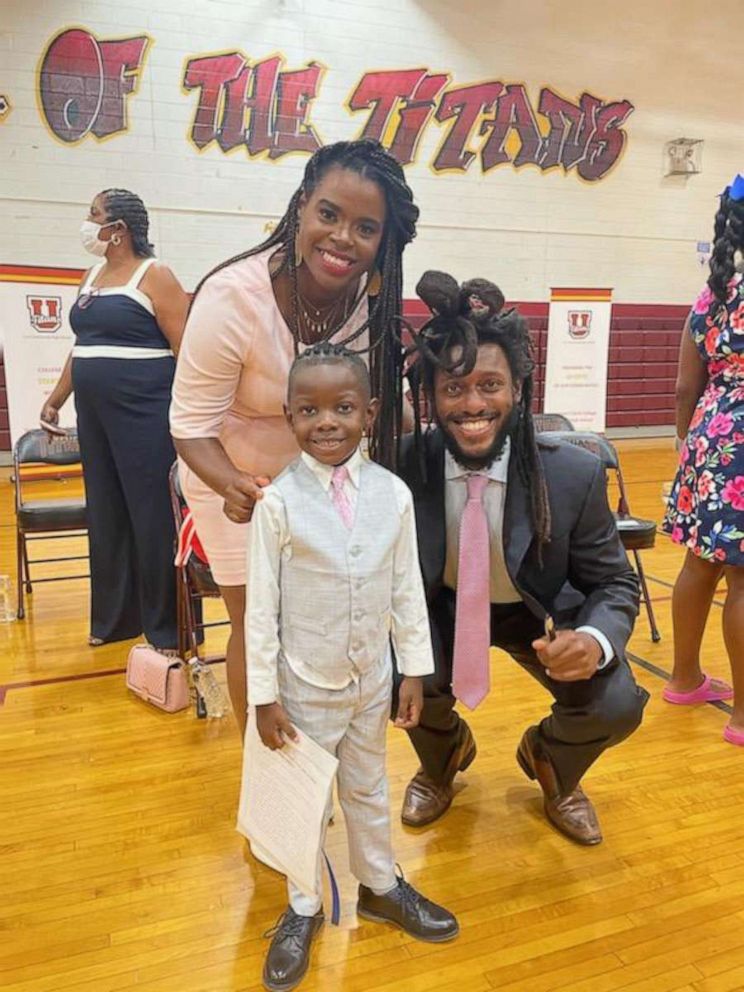 If adopted in other states, the Jett Hawkins Act would work in tandem with the CROWN Act (Creating a Respectful and Open World for Natural hair), which bans discrimination against race-based hairstyles in the workplace, to prevent hair discrimination in multiple spaces. Thirteen states in the U.S. have made the CROWN Act a law, with California being the first to do in 2019.

Providence St. Mel, a private college preparatory school, did not respond to repeated requests for comment from "GMA." Principal Tim Ervin, however, told the Chicago Tribune that the school has "learned, listened and adjusted" and will remove the hairstyle policy from its handbook for the 2021-22 school year.

Hair policies can have a negative impact on mental health

Policing hairstyles can negatively affect children’s self development and sense of identity.

"Anything that makes you feel bad about who you are, especially when it's something that's God-given or a natural part of who you are, and it's being discriminated against or pushed against or repelled in any way, will definitely create low self-esteem, low self-worth, and feelings of insecurity," celebrity natural hair stylist Felicia Leatherwood told "GMA." "So if this is happening in schools young, what kind of adults do we become later?"

According to Leatherwood, marking something as negative early on will affect how people view others of their same culture and will perpetuate the cycle of stigmatization. 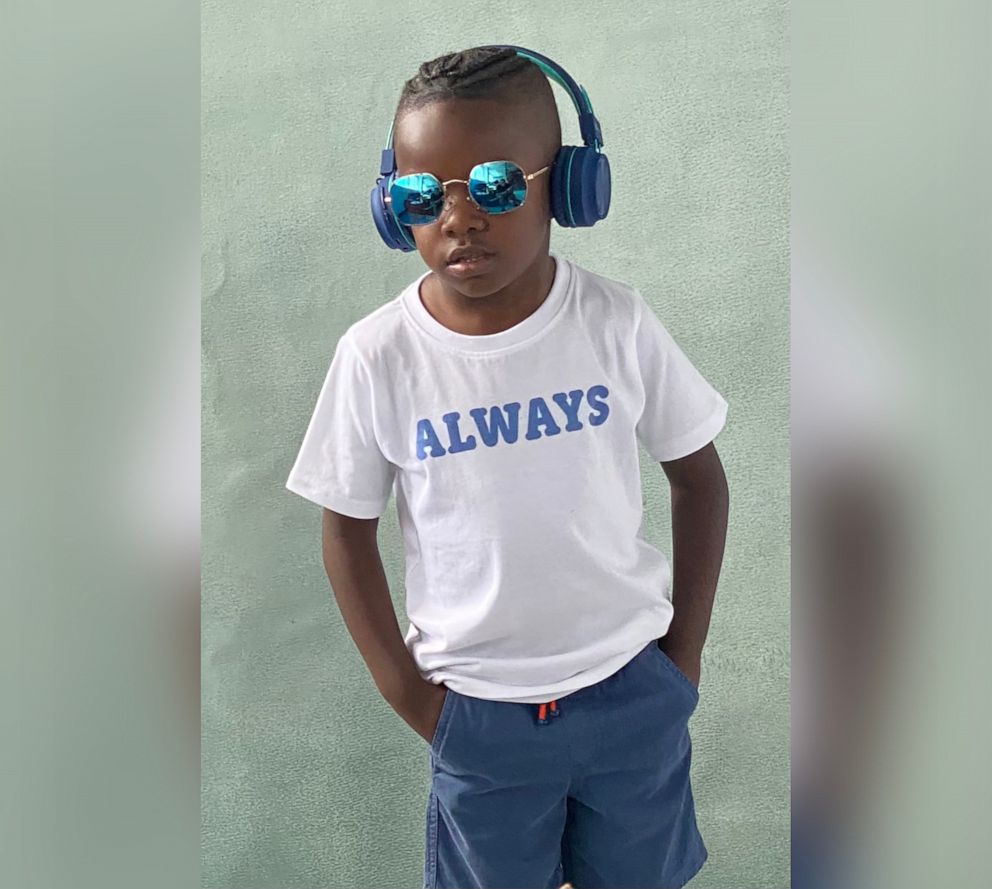 Schools need to be a safe space for children to learn, Nelson said.

“They are there to learn, not there for you to attack their appearance, which is what makes a lot of people and children vulnerable,” she said. “Imagine someone making a negative comment about something about you -- your hair, your clothes, whatever you have on -- and the deflation you would feel in that moment and imagine that happening over and over again.”

On a deeper level, Nelson said this kind of racial discrimination sends a message that “you cannot be too Black or else" and pushes the idea that being close to your roots is a bad thing.

Nelson recalled an instance of when she took her faux locs out before she went in for an interview. She said she was worried that interviewers wouldn’t “understand” her, be “distracted” or think she was “too Black” because of the hairstyle.

“I betrayed myself by taking my hair down and straightening it so that I could look the part,” Nelson said. “And right then and there I made the proclamation that my children would never have to do that.”

The freedom to express yourself is deeply validating, particularly for young people, Simmons said. He currently wears his hair in freeform locs and began growing out his hair in his mid-20s.

“It did so much to empower me and give me a sense of who I was,” he said. “It helped me connect with my heritage and my ancestry.”

“To be able to grow your hair and wear it in a way that honors your heritage is just such a basic level of self-esteem that is nurtured there,” Simmons added. “When young Black people can wear their hair the way they want and it’s not up for debate -- it’s empowering. It’s giving them some degree of agency and control over their lives.”