A mother is crediting COVID-19 for discovering what doctors believe to be a potentially life-threatening genetic disorder in her son.

Nicole Wilson, a resident of Norwich, Connecticut, said her 17-year-old son, Michael Wilson, received a positive test result for COVID-19 on Oct. 8, 2020. Days earlier he was showing mild symptoms, though it was chest aches that sparked an initial trip to the hospital.

"He fell over from a sharp pain," said Wilson who is also mom to Matthew, 20, Brady, 14, Nikolas, 12 and Maryssa, 8. "I actually thought it was heartburn or something with his stomach because he was on medicine that causes stomach issues. Thirty minutes later, it wasn't going away."

Wilson said she brought Michael to Backus Hospital in Norwich, where doctors administered pain medication to lessen the discomfort.

Wilson said she mentioned her husband Dustin Wilson's family history of blood clots and since Michael was positive for COVID-19, doctors decided to run more blood tests, which came back elevated. 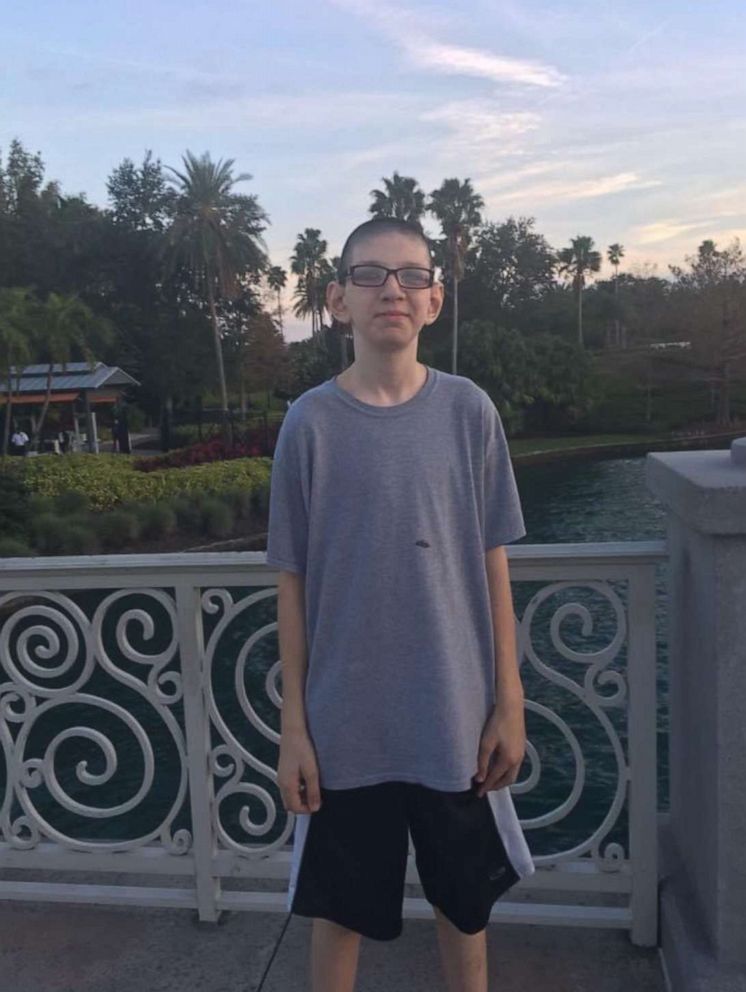 Nicole Wilson
Nicole Wilson, a resident of Norwich, Connecticut, said her 17-year-old son, Michael Wilson, received a positive test result for COVID-19 on Oct. 8, 2020. Wilson credits COVID-19 for discovering what doctors believe to be a potentially life-threatening genetic disorder in her son.

Michael then underwent a CT scan to exclude clots. That scan revealed an aortic dissection -- a serious condition in which the inner layer of the aorta, the main blood vessel branching off the heart, tears, according to the Mayo Clinic.

Doctors also found an 8-centimeter aneurysm and Michael was rushed to Hartford Hospital for emergency surgery.

"If they hadn't found what they found, [doctors said] he would've been dead in 24 to 48 hours," Wilson said.

Michael successfully came out of the procedure, which was known as open abdominal aortic aneurysm repair to fix his enlarged aorta.

"They transferred him to the ICU and they didn't have to replace his valve," Wilson said. "His heart is very healthy and they were grateful they could find it and save Michael's life."

Wilson said she credits COVID-19 for possibly saving her son's life since doctors had ordered a CT scan for Michael because they were searching for blood clots that may have potentially been caused by COVID-19. 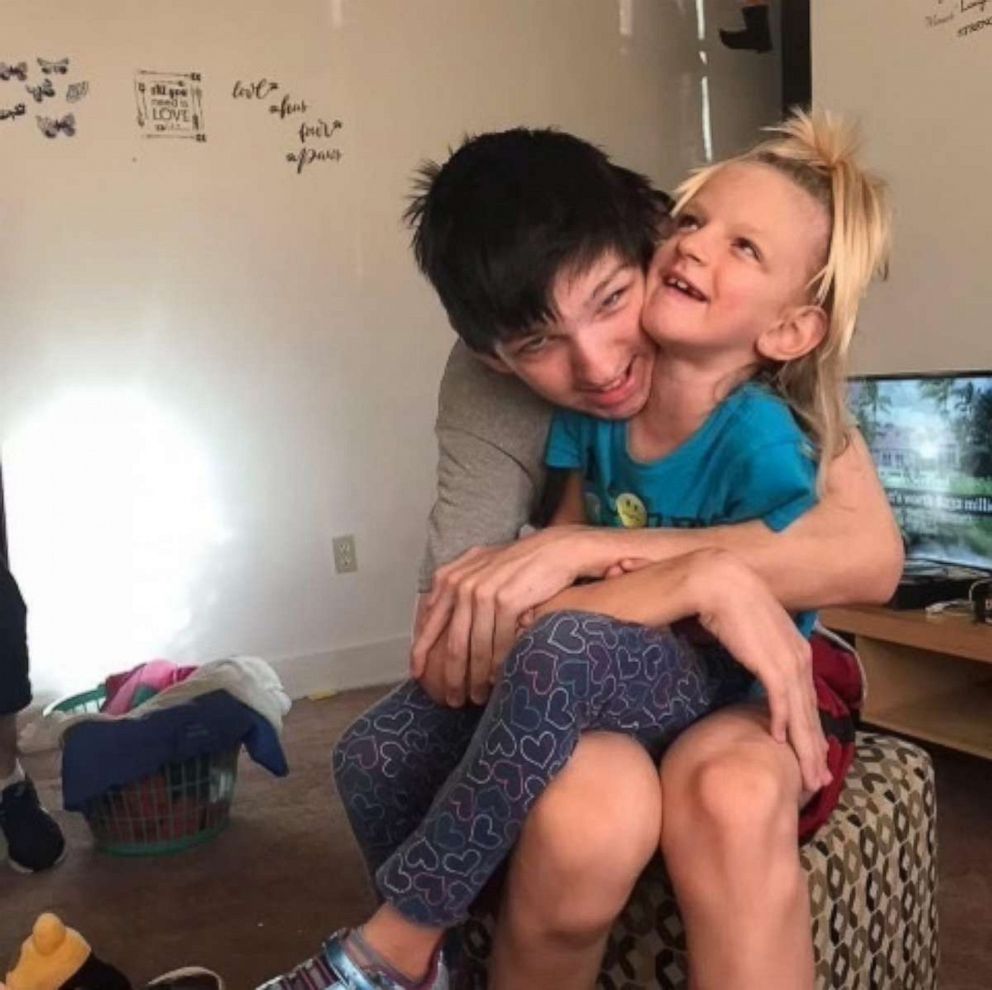 Dissections have rarely been reported in association with COVID-19, though doctors also found Michael had the aneurysm, Wilson said. Even if COVID-19 had a potential association with the development of an aortic dissection within Michael, the aneurysm revealed something else -- a possible diagnosis of an inherited condition called Marfan syndrome, which affects the body's connective tissue.

Whitney Fairchild is a nurse practitioner at a Connecticut adult congenital heart service who works with Michael. Fairchild agreed that Michael's COVID-19 diagnosis led to tests that doctor might not have ran if it wasn't for him testing positive for the virus.

"COVID was a blessing in disguise. It presented in the ED [emergency department] symptoms which ordered a D-dimer [screening test for clots] which was elevated," Fairchild said. "That led them to do a scan of his lung arteries, and then the aorta scan -- intended to exclude clots in the lung arteries, but it noted a large aorta that was tearing." 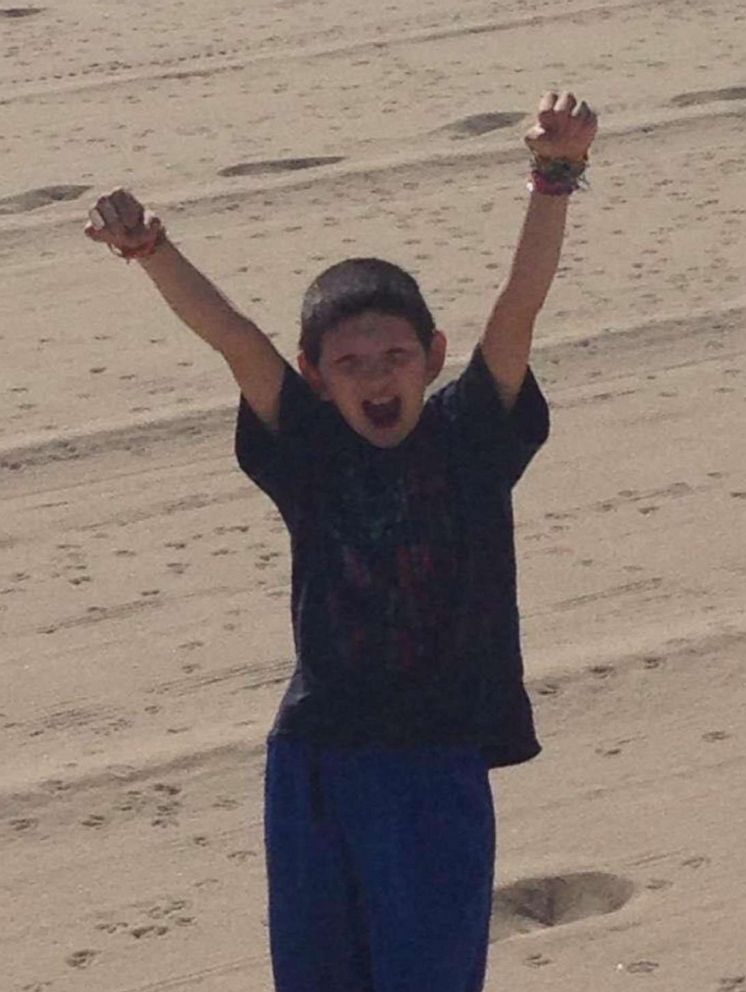 Nicole Wilson
Nicole Wilson, a resident of Norwich, Connecticut, credits COVID-19 for discovering what doctors believe to be a potentially life-threatening genetic disorder in her 17-year-old son, Michael Wilson.

Fairchild, who sees patients at Connecticut Children's Medical Center, said Michael's scan showed both the aorta enlargement and the dissection.

What is clear is that Michael likely has a connective tissue disorder that could be Marfan syndrome, Fairchild said.

"His features are signs of Marfan syndrome but we are considering other connective tissue disorders based on the criteria we use for diagnosing these," Fairchild added. "But without having COVID-19 and being admitted to the ED, he may have been sent home because he's a young, healthy adolescent." 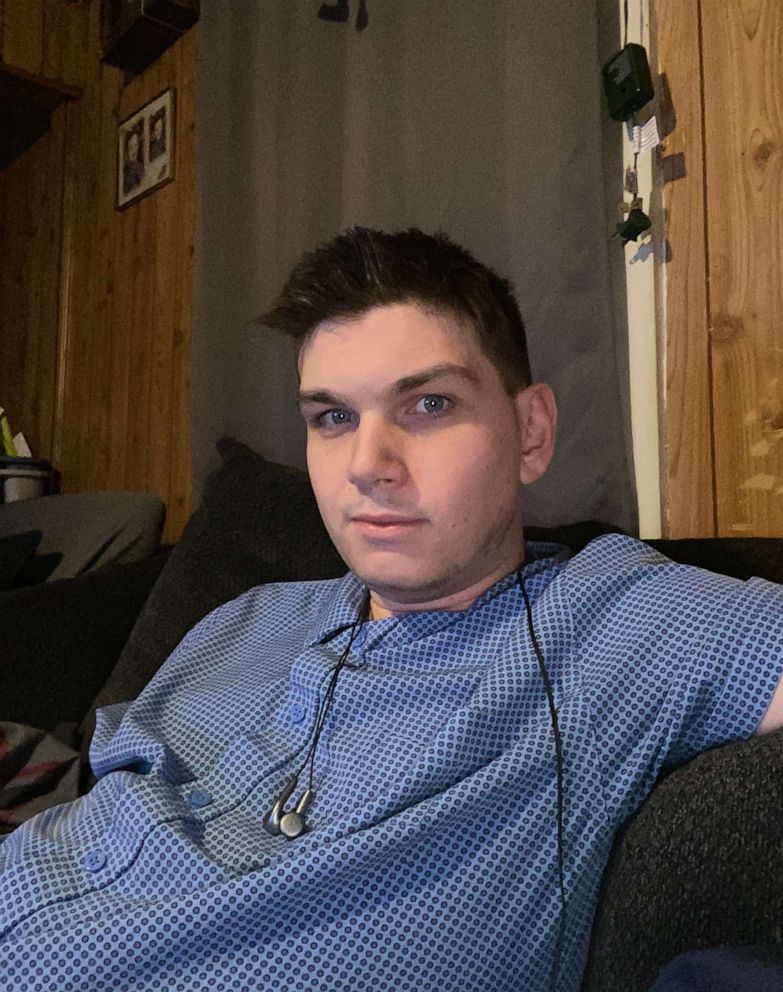 Nicole Wilson
Marfan syndrome is a connective tissue disorder that affects 1 in 5,000 people. Seen in this undated photo is 20-year-old Matthew Wilson who was diagnosed with aneurysm, which may be a sign of the disorder. 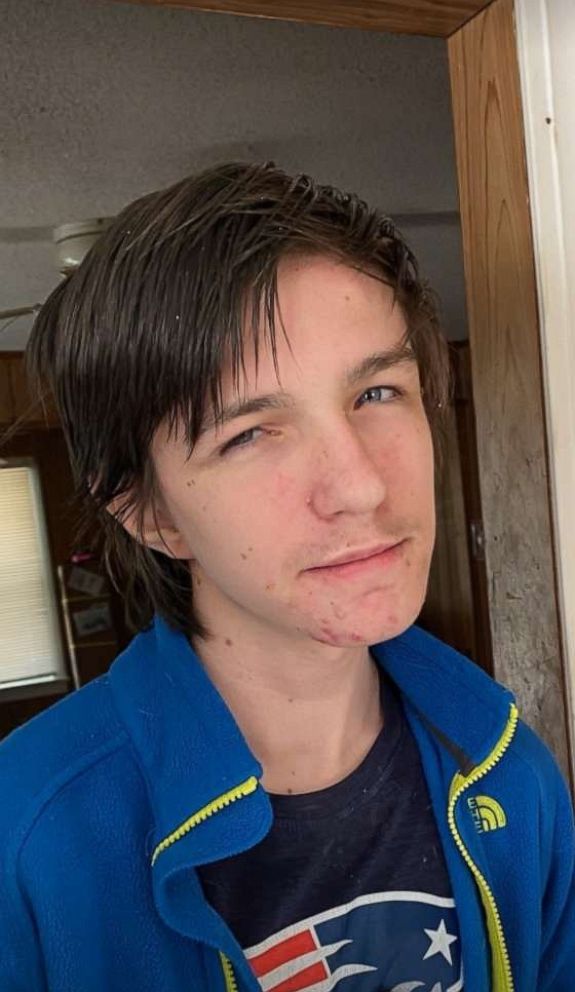 Nicole Wilson
About 3 out of 4 people with Marfan syndrome inherit it, meaning they get the genetic mutation from a parent who has it. Marfan syndrome is a connective tissue disorder that affects 1 in 5,000 people. Seen in this undated photo is 14-year-old Brady Wilson of Norwich, Connecticut, who is undergoing testing for Marfan.

Since Marfan syndrome can be inherited, Fairchild suggested Wilson have her other children tested.

"I've seen his siblings and at least two of his siblings have dilated aortas and features suggestive of a connective tissue disorder," Fairchild said. 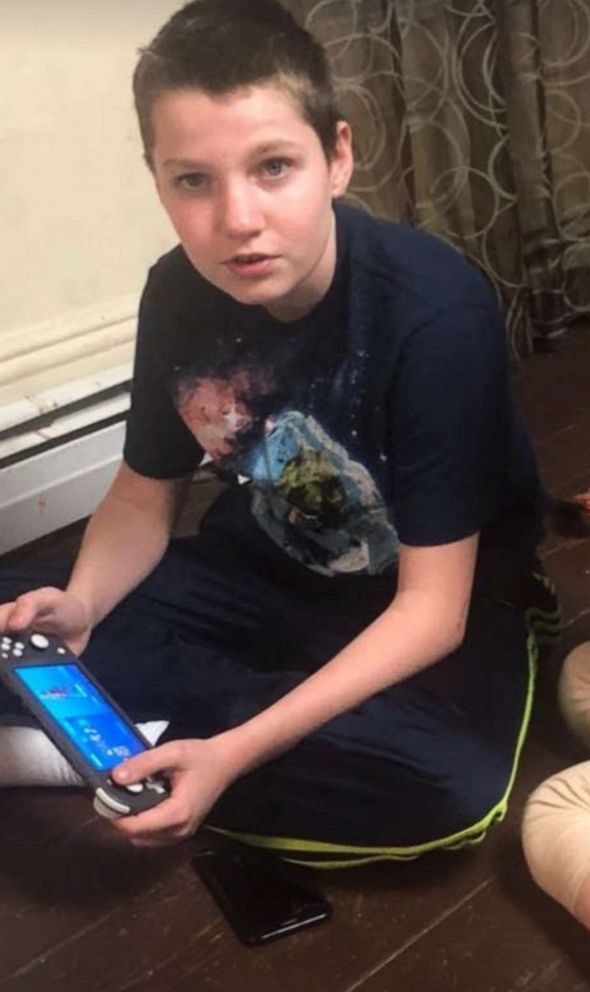 Nicole Wilson
Marfan syndrome is a connective tissue disorder that affects 1 in 5,000 people. Seen in this undated photo is 12-year-old Nikolas Wilson who was diagnosed with aneurysm, which may be a sign of the disorder.

Wilson said her other sons Matthew and Nikolas were both diagnosed with aneurysms and Brady needs more tests. Wilson's daughter Maryssa is suspected to have a connective tissue disorder like Marfan syndrome by physical traits, she added. 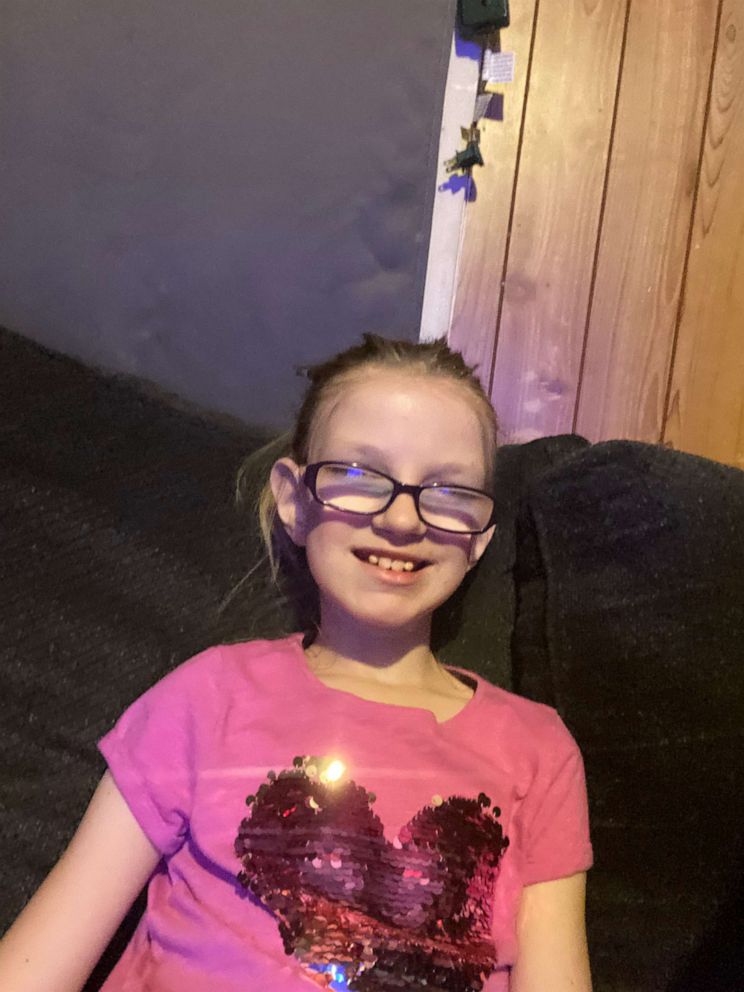 Some physical traits of Marfan syndrome, according to the foundation, may include long arms, legs and fingers, tall and thin body type, a curved spine, the chest sinks in or sticks out, flexible joints, flat feet, crowded teeth and or stretch marks on the skin that are not related to weight gain or loss.

Wilson said that Michael's height measured at 6 feet 5 inches when he was about 15 years old, though his doctors never pegged the growth spurt as a cause for concern.

Fairchild said that despite having surgery, Michael still has a residual enlarged aorta and will likely need another surgery. Michael will be treated at CCMC throughout his lifespan, Fairchild added.

To reduce strain on his aorta, Michael, a senior in high school, has activity restrictions and must refrain from his favorite sport of basketball. 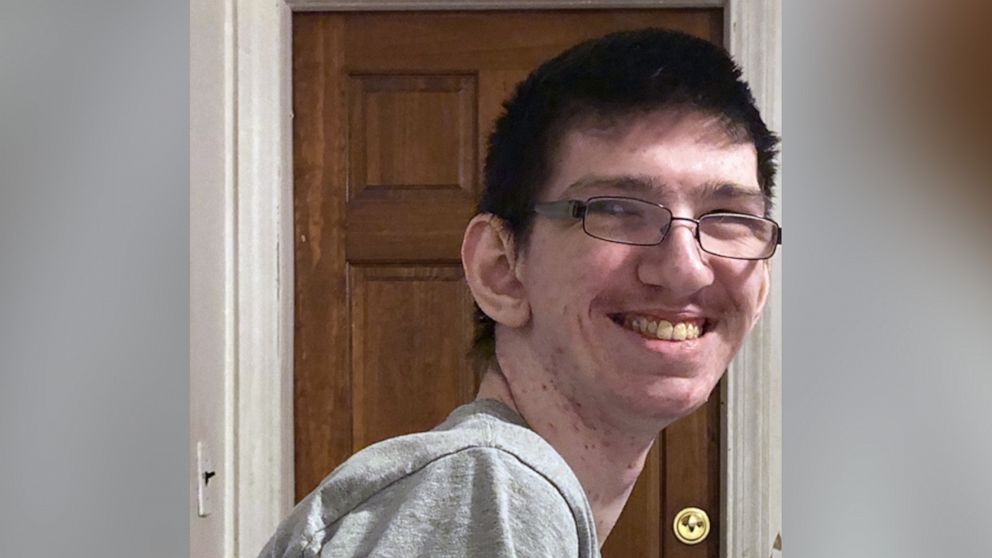 Courtesy Nicole Wilson
Michael Wilson, 17, of Norwich-resident in Connecticut, tested positive for COVID-19 on Oct. 8, 2020. When he was hospitalized, a CT scan revealed an aortic dissection which led doctors to believe Michael has Marfan syndrome--a genetic condition that affects the body's connective tissue.

With February being Marfan Awareness Month, Wilson said it was important for her to share her family's journey.

Wilson said she's built a GoFundMe to raise money for a therapy dog for Michael.

"It's affected him emotionally," Wilson said. I can't be with him all the time -- especially now. His siblings have doctor appointments."

"The dog will be there if he gets dizzy or passes out and will help him. Anybody who may be there will know he has a heart condition," she added. "He needs this protection so he can go out and enjoy life."

Regarding COVID-19, Michael said his message to others is to not take the virus lightly.

"COVID isn't a joke," he told "GMA." "It's serious, it kills people and it puts people in hospital."