During the day, Lucy Flores teaches a classroom of preschool students how to read letters and write their names.

Nearly each day after school, Flores, of San Francisco, goes home and does the same for her dad, who, at age 43, is also learning to read and write.

Flores' father, Luciano Flores, grew up in Mexico and moved his family to the United States when Lucy, one of his four children, was 3 years old.

Luciano Flores, who speaks Spanish, said through his daughter, who translated for him, that his family had very limited resources, as did the school he attended. After about first grade, he stopped attending school and started working to provide for his family.

When Luciano Flores moved to the U.S., he began a career in construction that he continues to this day. Lucy Flores said that over the years, she and her siblings and their mom translated for Luciano Flores and he was able to rely on skills beyond reading and writing to get by.

"Because he works in construction, it’s not something where you have to sign things. It’s more math, which he is really good at," said Lucy Flores. "But he said that he didn't even tell his friends or anyone around him that he didn't have these abilities [to read and write]."

While her dad never made it past first grade, Lucy Flores said she thrived in school and used it to help her make it through what she described as a difficult home life that included financial instability and, at one point, nearly one dozen people living in the family's two-bedroom apartment.

She said she tried to teach her dad to read and write when she was younger, but when it didn't go well, she doubled down on her own education and, last year, became the first person in her family, on both parents' sides, to graduate from college. 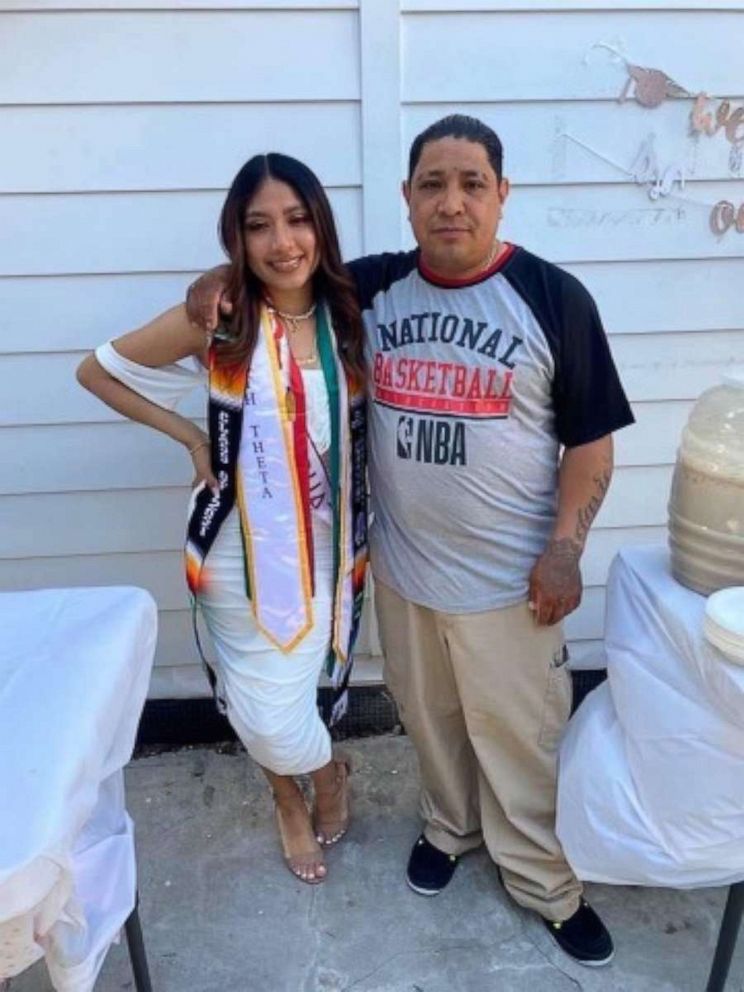 With her teaching background, Lucy Flores gave teaching her dad another shot, and this time she said he was "excited" to learn, but was hesitant at first.

"That first day, I told him to write his name and he didn’t want to do it," she said. "He chose to sit at the dining room table by himself, nowhere near us, because he didn’t want anyone to see."

MORE: 'We are the adults': Dad and step-dad pose with daughter before father-daughter dance

After four months of working together for two hours, three days a week after they are both done with work, Lucy Flores said her dad can now write his own name, knows his vowels and is reading some books on his own.

As she has taught her dad, Lucy Flores has shared their journey on TikTok, where nearly 100,000 followers are tracking their progress.

"I don’t know to this day if he understands how many people are watching him and following him," said Lucy Flores. "But I took it as an opportunity that would encourage him even more. I know that it has."

Followers on TikTok share lesson plan ideas and have sent school supplies and books to the family, according to Lucy Flores.

In addition to watching her dad's progress and inspiring others to never give up on their dreams, Lucy Flores said the most gratifying part of teaching her dad has been the change in their own father-daughter relationship. 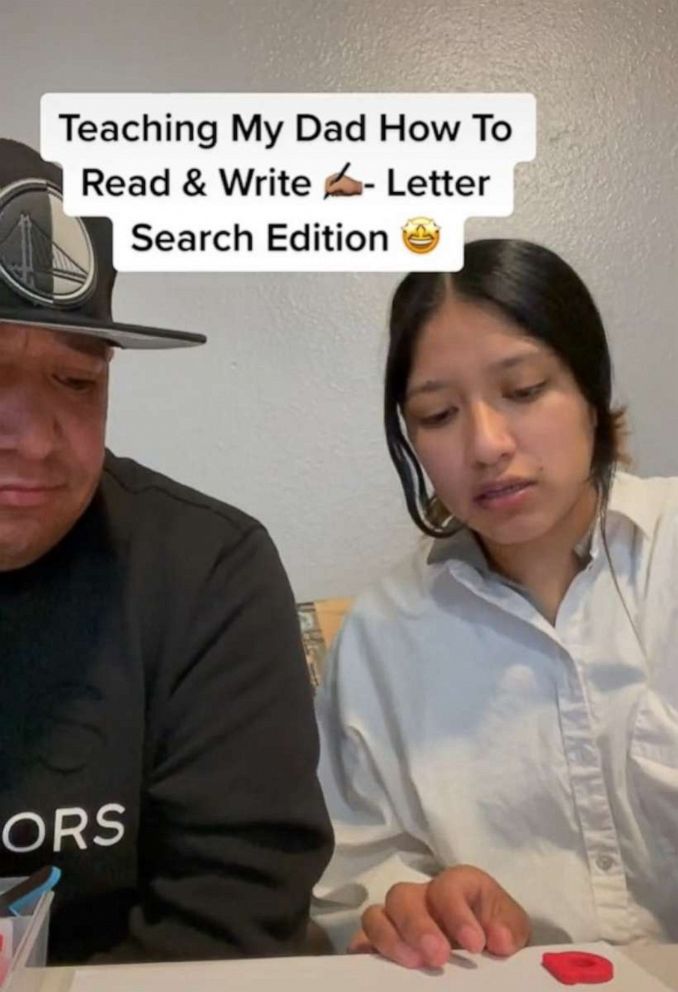 @floresfamily_25/TikTok
Lucy Flores, of San Francisco, is teaching her dad, Luciano Flores, how to read and write.

"In reality, me and him did not get along," said Lucy Flores, who described her dad as being quiet and not one to share his feelings or sit down and play with her as a kid. "He has a lot of trauma that he's still dealing with, generational trauma, not having a father figure for him how he wished we would have."

The chance to sit down with her dad several times a week and work with him to learn something new has been life-changing, according to Lucy Flores, for both her and her three siblings.

MORE: Man loses 129 pounds to be able to run with his twin sons: 'I’ve given my kids the dad they deserve'

"It's been such an amazing time, that he gets to sit down with us, we get to learn with him," she said. "The last video I posted was him and I sitting in our backyard, drawing with chalk, and that's nothing I've ever done with him in my whole life. None of my siblings have."

"It’s never too late to spend that time with your child, so I’m glad that we’re doing it now," she added.

Luciano Flores said through his daughter that he's excited to continue to focus on learning letters and numbers and to spend time with his family.

Up next for the father and daughter is a trip to a local library, according to Lucy Flores.

"He’s never been to a library," she said of her dad. "I’m just thinking his reaction to seeing a whole library full of books."