An Ohio man is now the proud parent of five brothers and sisters who were separated in different foster homes.

On Oct. 30, Robert Carter of Cincinnati adopted Marionna, 10, Robert, 9, Makayla, 8, Giovanni, 5, and Kiontae, 4. He was determined to keep the children together.

"The noise went up 13 or 14 notches and I'd rather have that noise knowing they're happy and happy together," Carter told "Good Morning America." "I wasn't with my siblings. When my youngest brother was 2, I didn't see him again until he was 16."

Carter, a 29-year-old cosmetologist and wig shop owner, is the third-oldest of nine children. At 12, he too was placed into foster care. Later, Carter was emancipated and granted custody of a younger sister and guardianship of a younger brother, he said.

Carter said his experience made him want to provide children with a safe home. 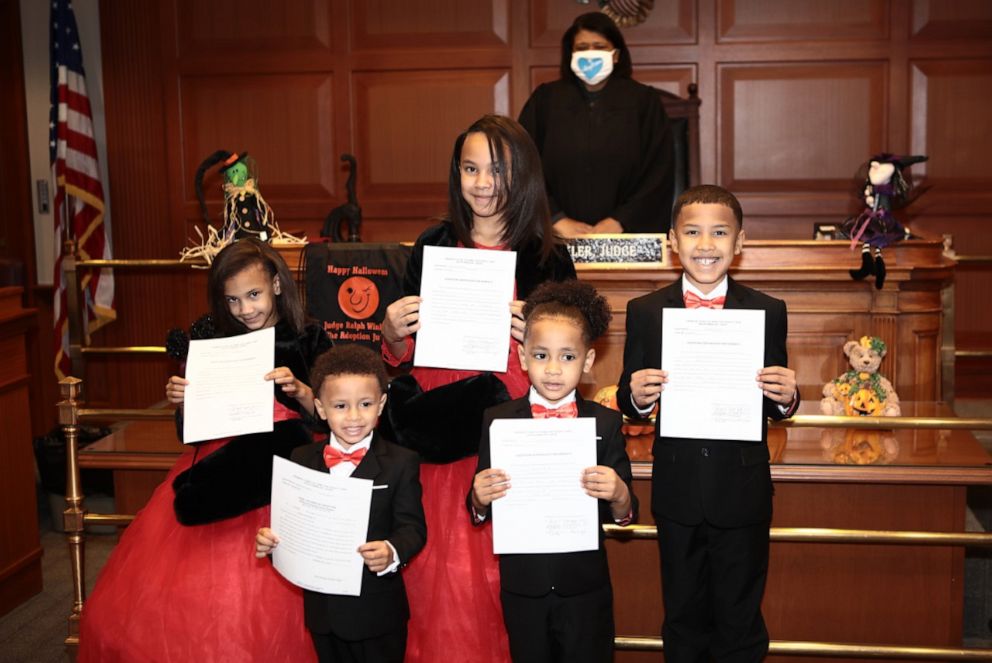 "I grew up in foster care and I've always wanted kids," he said. "There's too many kids in the world who need forever homes, so I figure I would adopt."

Carter became a licensed foster parent in 2017. In December 2018, the three boys, Robert, Giovanni and Kiontae, came into his care. Later, Marionna and Makayla joined.

"Once I did find out they had sisters, that's when I started to advocate to set up visitations," Carter said. 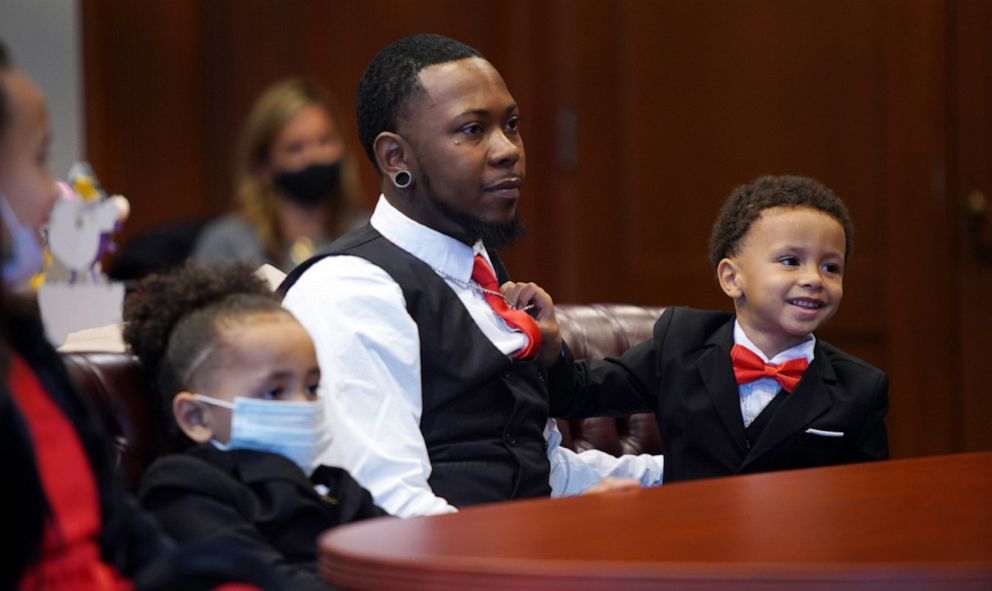 Mark Lyons
On Oct. 30, Robert Carter of Cincinnati, Ohio, adopted Marionna, 10, Robert, 9, Makayla, 8, Giovanni, 5 and Kiontae, 4. Carter, a 29-year-old cosmetologist and wig shop owner, is the third oldest of nine children. At 12, he too was placed into foster care.

The siblings, who he said came from a neglectful home, were reunited after not seeing each other for six months.

Stacey Barton, adoption worker of the Ohio Department of Job and Family Services (JFS), said when permanent custody was awarded to JFS, the children were already placed in three different foster homes.

"Mr. Carter was the only foster parent willing and able to adopt all of the children," Barton said in a news release. "His childhood background has made him aware of the importance of keeping siblings together. He says that he enjoys being their father and that parenting them is easier than he could have ever imagined. His life is busy, with a lot of love, laughter and loudness. I have enjoyed working with him and witnessing the children bond as siblings." 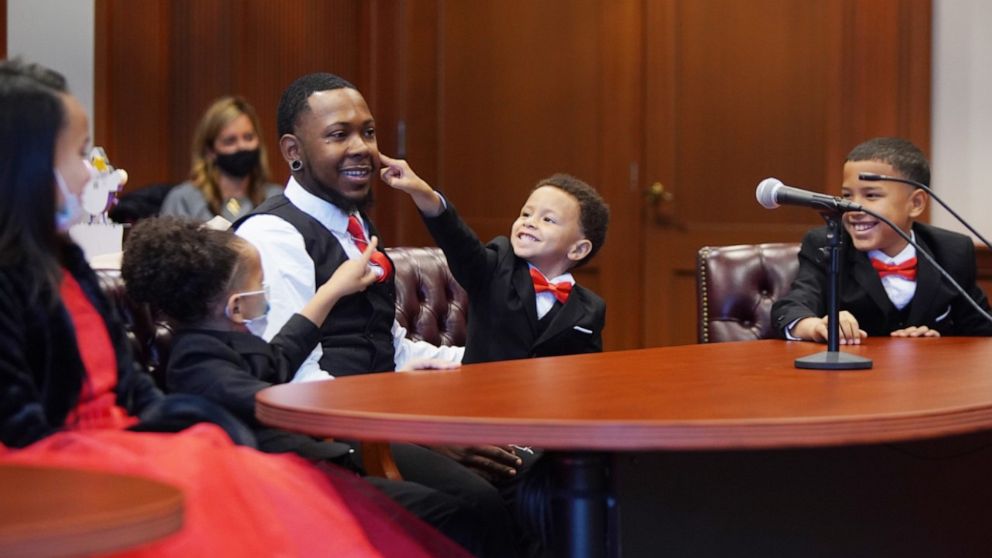 Mark Lyons
On Oct. 30, Robert Carter of Cincinnati, Ohio, adopted Marionna, 10, Robert, 9, Makayla, 8, Giovanni, 5 and Kiontae, 4. He was determined to keep the children together.

Carter said seven is his lucky number and he'd like to eventually adopt a newborn baby.

With all the attention his family's story is getting, he wants people to know how important fostering and adoption are.

"As long as you have the means and love to give to kids, then anybody can do it," he said.