A single mom is reaching millions with inspirational videos of her daughter learning how to walk without a walker.

"It brings joy to my heart that my daughter is bringing hope to people," Jones told "Good Morning America." "People reached out saying, 'I didn't feel like my child was ever going to walk, but this video helped me have faith.'"

Jones said Kinley was diagnosed with cerebral palsy at the age of 2. Doctors told the family Kinley was considered a mild case. The disorder affects Kinley's motor skills, Jones added.

"It was a shock to all of us, my parents as well," Jones explained. "We were looking at each other thinking, 'What can we do to help her out?' It does affect her when she walks." 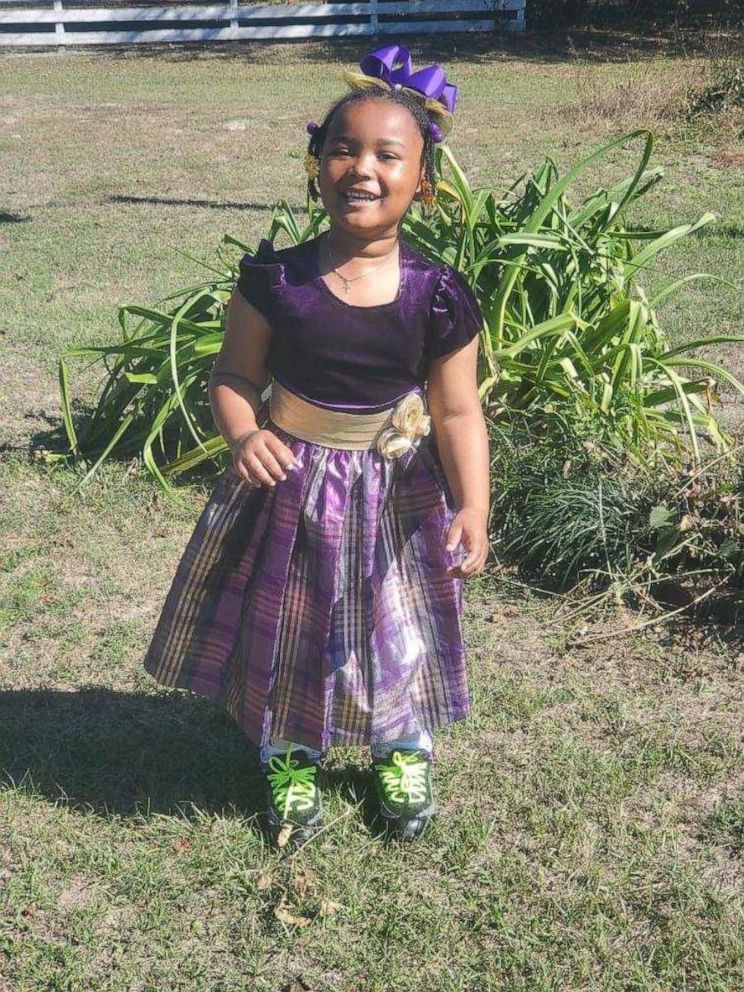 Cerebral palsy is the most common motor disability, with 1 in 345 children affected, according to estimates from the Centers for Disease Control and Prevention’s Autism and Developmental Disabilities Monitoring Network. 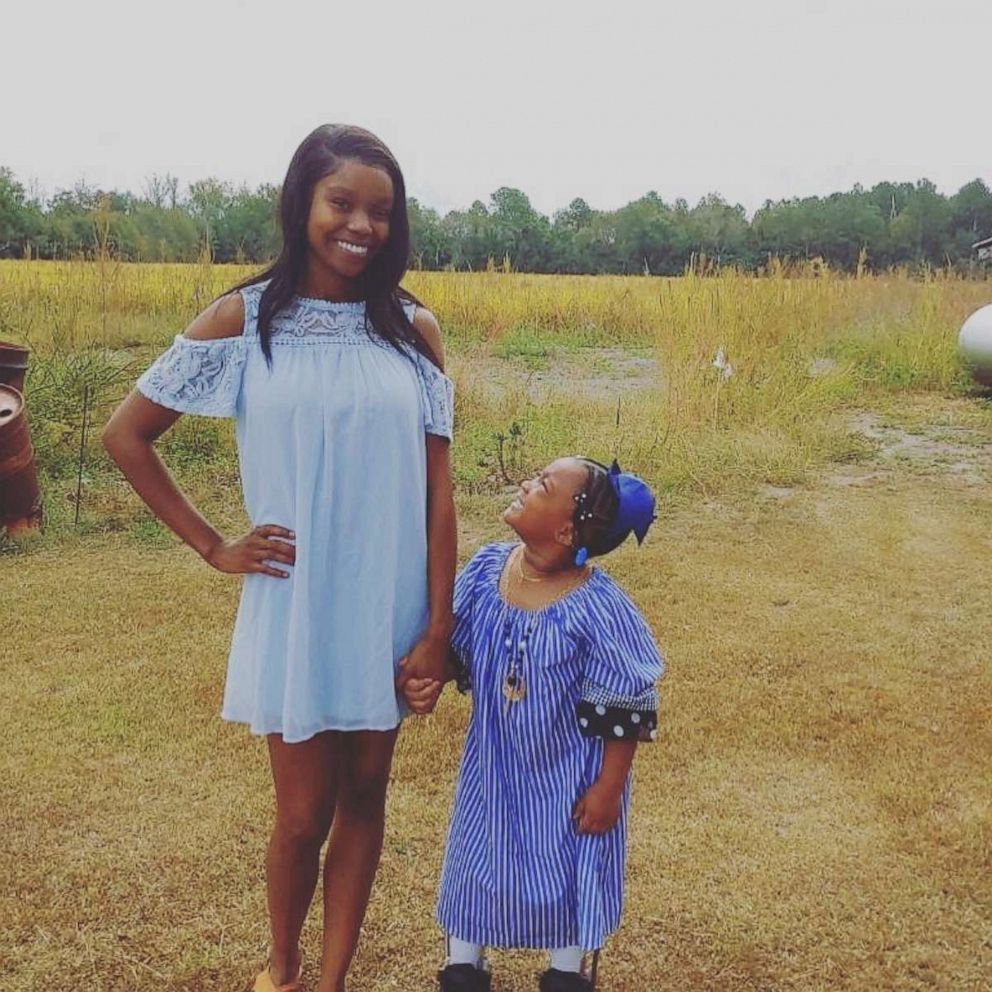 Shanell Jones
Shanell Jones of Fayetteville, North Carolina, is reaching millions with inspirational videos of her daughter Kinley, 4, learning how to walk without a walker.

Depending on a child's needs, treatment may include family training, counseling, occupational, physical and speech therapy and more, the CDC says.

Kinley has received occupational and physical therapy. Her mother and grandparents help her build leg strength by walking stairs and on a treadmill and practicing jumps on a trampoline. 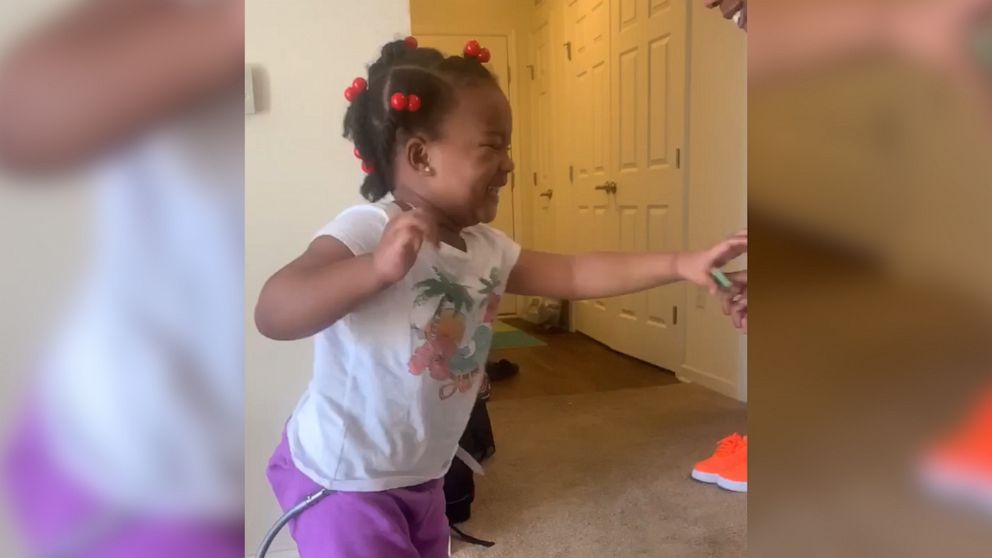 On Facebook, Jones shared two videos -- the first from January 2019 and the other, one year later.

Jones can be heard cheering her child on during both moments, but it's the most recent video where Kinley's progress is most evident. 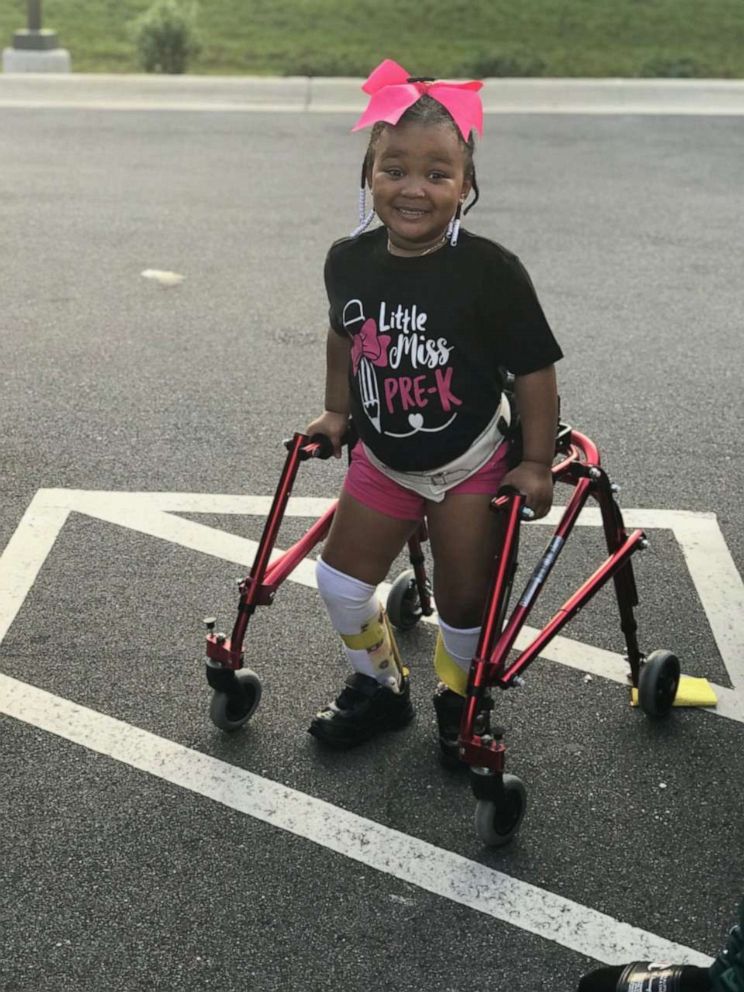 Shanell Jones
Kinley, 4, daughter of Shanell Jones of Fayetteville, North Carolina, was diagnosed with cerebral palsy at the age of 2.

"She's sassy, but she's very, very smart," Jones said. "What really inspired me to want to push Kinley was her motivation -- her being so young and not really understanding that she's not able to walk as well as others. ... There's so many times where she wants to give up and she doesn't." 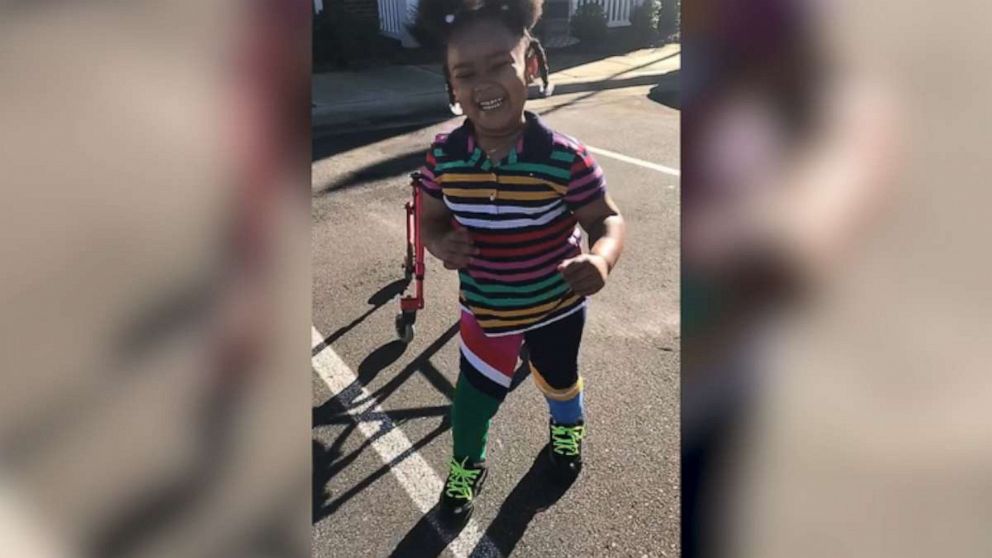 Shanell Jones
Shanell Jones, of Fayetteville, North Carolina, shared footage of 4-year-old Kinley's progress in taking her first steps. Kinley was diagnosed with cerebral palsy at the age of 2.

Jones said Kinley's dream is to be a YouTube star and have her own cooking channel.

She also hopes Kinley can inspire other children with cerebral palsy with more videos showing her completing daily tasks.