A 5-year-old who was born with spina bifida surprised his family and friends when he walked across the stage at his graduation ceremony last week.

Blake Mompher's big moment was captured on video by his parents and shared on Facebook.

"As soon as I saw him walk out, I lost it," mom of four Megan Mompher, of Prospect, Ohio, told "Good Morning America." "Because of everything he's gone through -- he's had seven surgeries in two and a half months. Poor kid has gone through the ringer and as his mom watching him go through it was heart-wrenching. So in three weeks watching him be able to [walk], I've never been more proud." 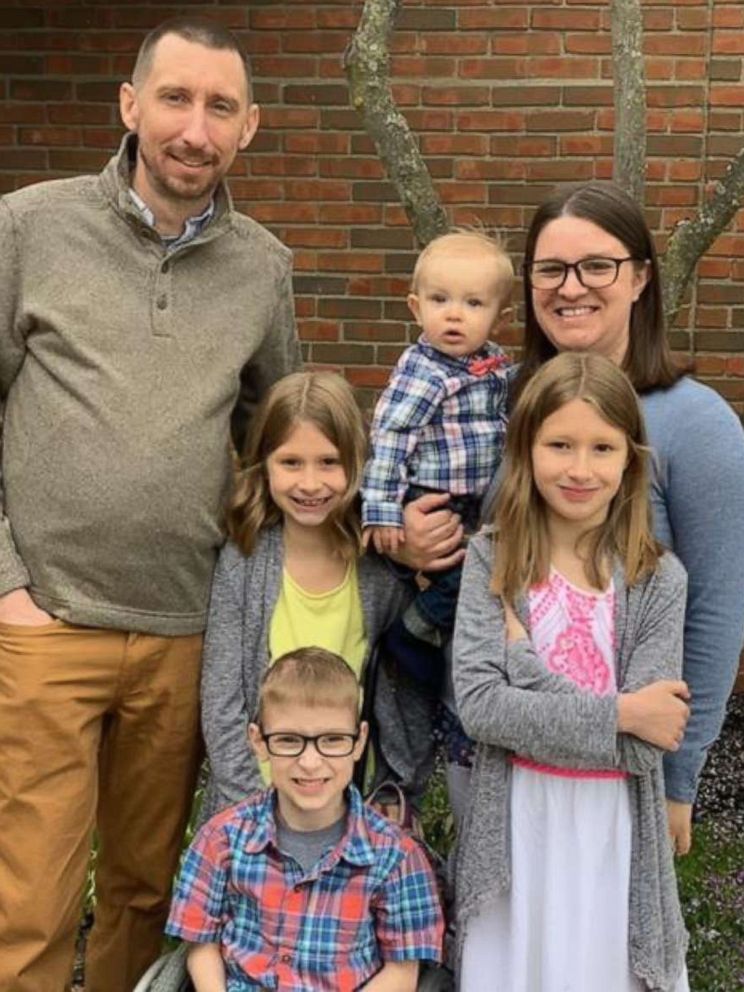 Courtesy Megan Mompher
Megan and Aric Mompher of Prospect, Ohio, seen in an undated photo with their children, Ava, 9, Maci, 7, Blake, 5 and Chance, 1.
(MORE: Mom of 2 gives kidney to 24-year-old after seeing plea written on his mother's car)

Mompher said she learned Blake had spina bifida at her 20-week ultrasound. Blake has always used a wheelchair, but over the last three weeks, he's been practicing taking steps with a walker.

"I had set this goal for him to walk at the beginning of this school year," Mompher said. "It's always been a struggle for him. Back in November, he had a major surgery -- kind of like a bladder reconstruction. I didn't think we were going to be able to do it because of setbacks with the surgery." 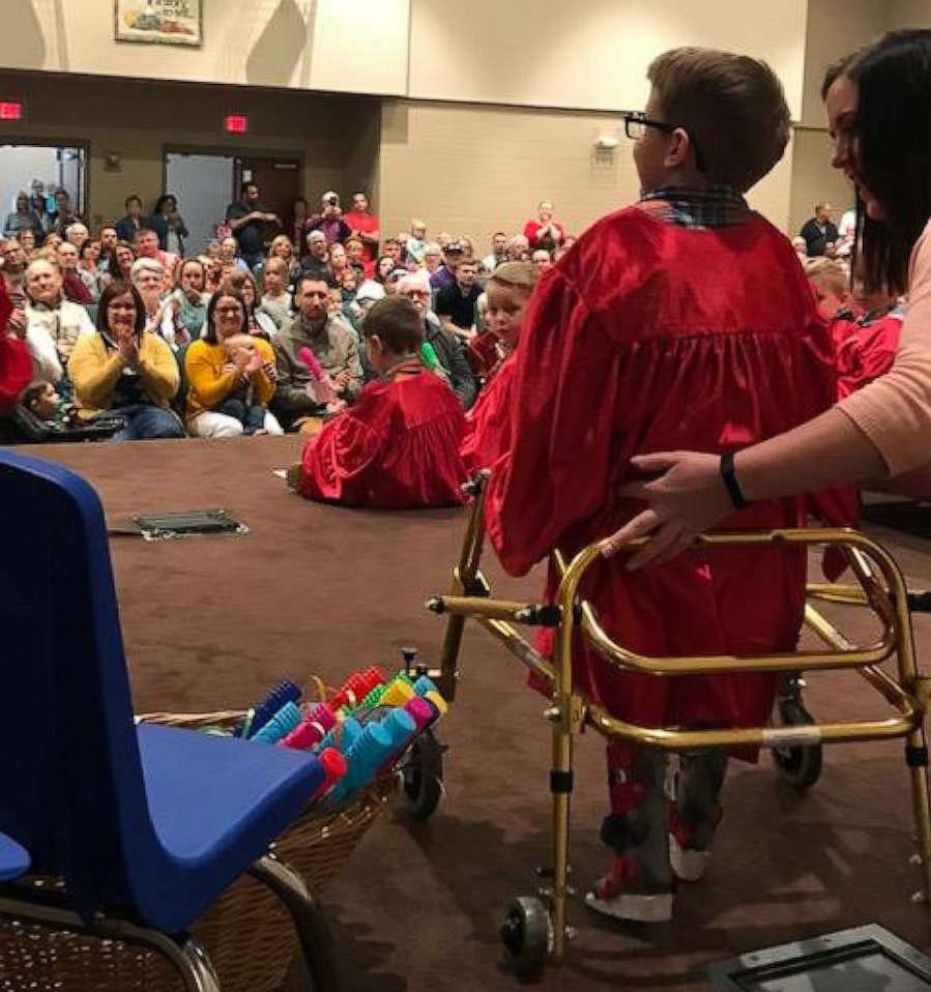 Courtesy Megan Mompher
Blake Mompher, 5, walks for the first time across the stage at his graduation ceremony at Crosswoods Preschool graduation in Marion, Ohio, on May 11.
Editor's Picks

After his surgery, Blake persevered and worked hard to reach his goal of walking.

And on May 11, Blake's family cried happy tears as he walked during the Crosswood Preschool graduation in Marion, Ohio. 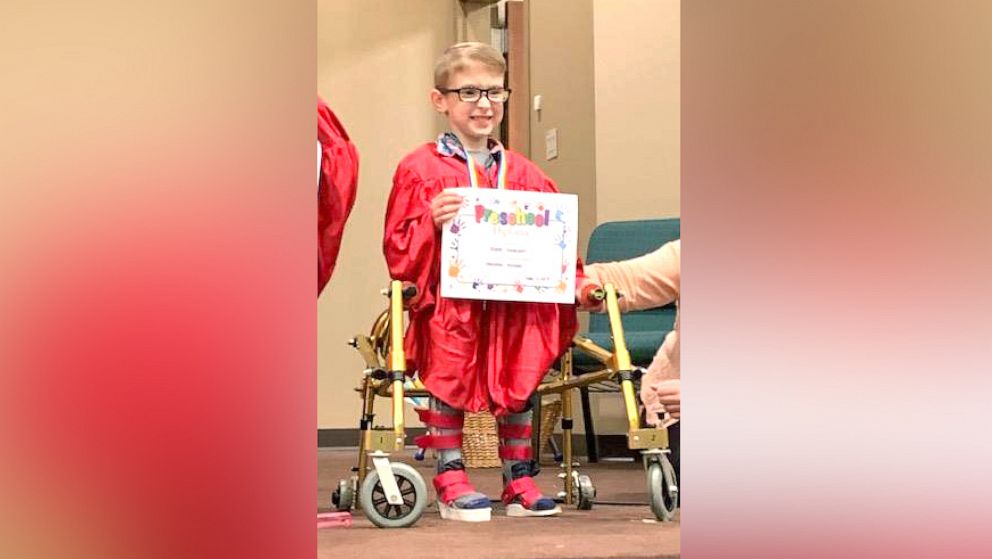 Courtesy Megan Mompher
Blake Mompher, 5, was born with spina bifida and surprised his family and friends when he walked across the stage at his preschool graduation ceremony.

"A couple family members knew. My mother didn't know -- she's fighting cancer. It's been a rough road so to have her see, it was pretty cool," Mompher said. "None of his classmates knew either. Some of them were just mouths wide-open."

"We were just blown away that he came out smiling," mom added. "He was so proud."