Two sets of sisters have a lifelong bond after graduating Marine Corps recruit training together.

“These five success stories of triumph and resilience may have come to Parris Island with different mindsets and from different backgrounds, but they will forever share the bond of becoming Marines side-by-side,” MCRD Parris Island wrote in a Facebook post. 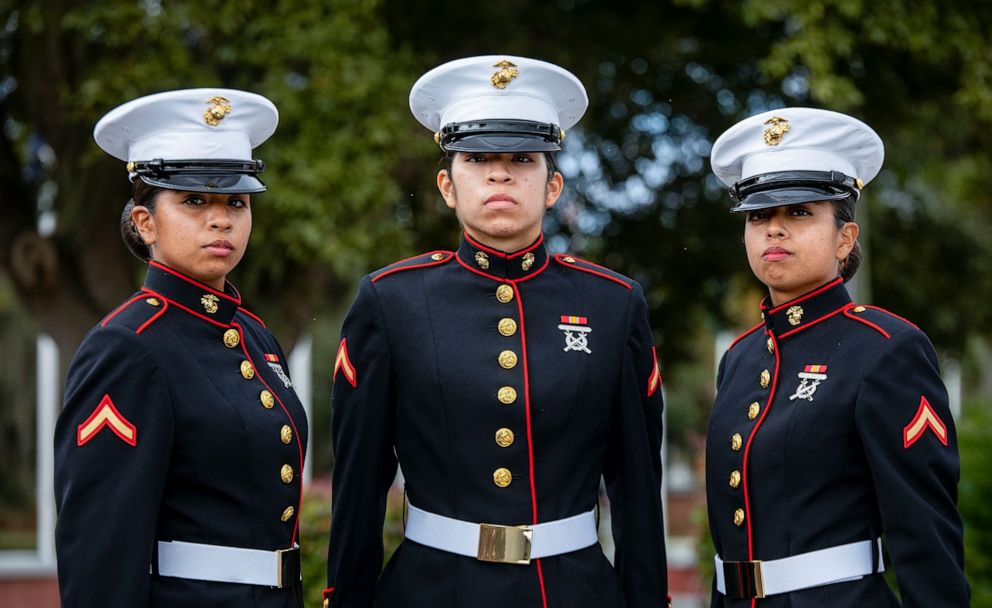 Not only are we blood sisters, we’re sisters in arms.

Identical twin sisters Vanessa and Melissa Placido Jaramillo, 22, made a pact with their younger sister Maria, 21, to join the military together, according to the MCRD Parris Island Facebook post.

“We made a pact that ... all of us were going to join at the same time,” Vanessa Jaramillo said.

The three sisters were born in Panama and grew up in Las Vegas. Soon, they will all become nationalized as American citizens.

“My parents are proud, because we are the first females (in our family) and first generation to join the United States Marine Corps or any military branch,” Maria Jaramillo said. 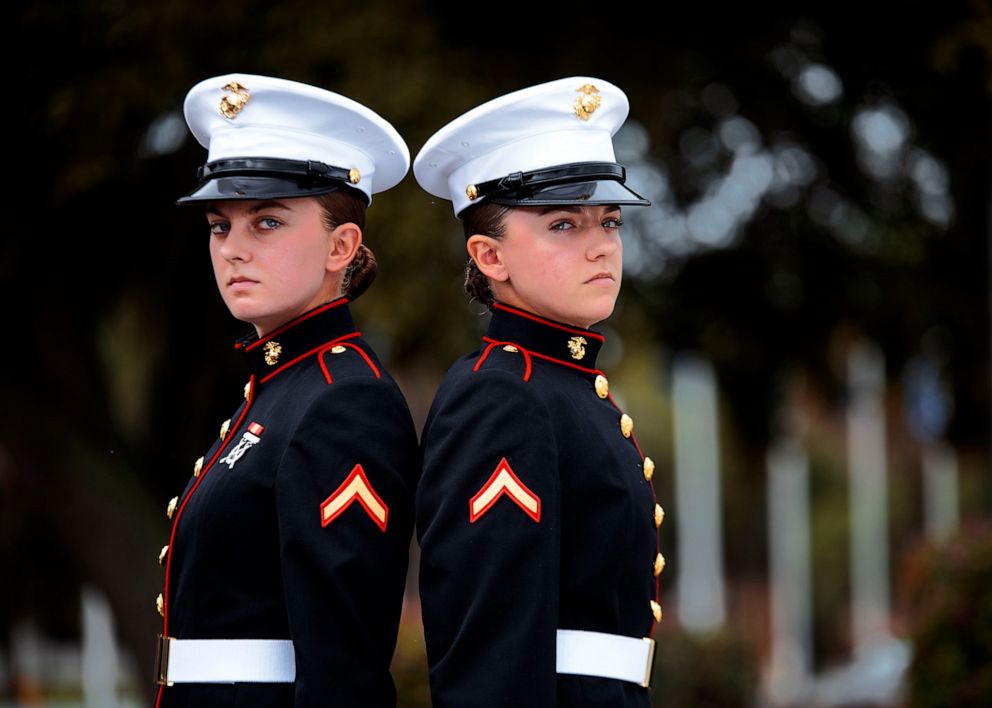 With family members in the Marine Corps and Air Force, sisters Ashley Valentine, 19, and Amber Valentine, 22, wanted to honor their legacy.

“Three days before my grandpa passed away, I promised him that I was going to become a Marine,” Ashley Valentine said in an interview. “When he died, I made that my life’s mission to make him proud.”

Ashley said joining the Marine Corps has made her relationship with her sister even stronger.

“I loved joining with my sister, because I got to watch her really grow as a person,” Amber Valentine said. “We’re always going to be there for each other at the end of the day.”

“Not only are we blood sisters, we’re sisters in arms,” Ashley Valentine added.

"The Marine Corps is a family, the Placido Jaramillo sisters and the Valentine sisters were born by blood into a family, but now they become part of a new family," Sgt. Maj. Damian Rodriguez told “GMA.”