By Genevieve Shaw Brown
Video by Will Linendoll
Share —
Sign up for our newsletters to get GMA delivered to your inbox every morning!

For Christi Brown, it's the legacy of her son, Judah, who died at 3 years old in a drowning accident, that keeps her moving forward.

"He was a little firecracker," she said of her son. "So curious about everything. He loved 'Paw Patrol,' Matchbox cars and Legos and wrestle with his brothers. He was a joyous spirit."

On Sept. 24, 2016, the Brown family -- Christi, husband Mark, Judah, 3, and his six older siblings, went for a swim and a barbeque at a friend's apartment complex near their home in Houston, Texas. That day, Christi found Judah floating face down in the water. He died two days later. Though he was not wearing a flotation device at the time of the tragedy, Brown feels strongly that it was a floatation device known as a puddle jumper that contributed to his death.

On the Facebook page of a charity founded in Judah's honor, the Judah Brown Project, Brown wrote a post shared almost 1,800 times on why she believes a puddle jumper contributed to her son's drowning -- one reason being the position in which the device places a child.

"Puddle jumpers automatically put children in a vertical position in the water... and that is the drowning position," she wrote. "Puddle jumpers teach children muscle memory for that position so that when they get in water, they will automatically go vertical, whether they have the device on or not. This makes drowning faster," Brown believes. 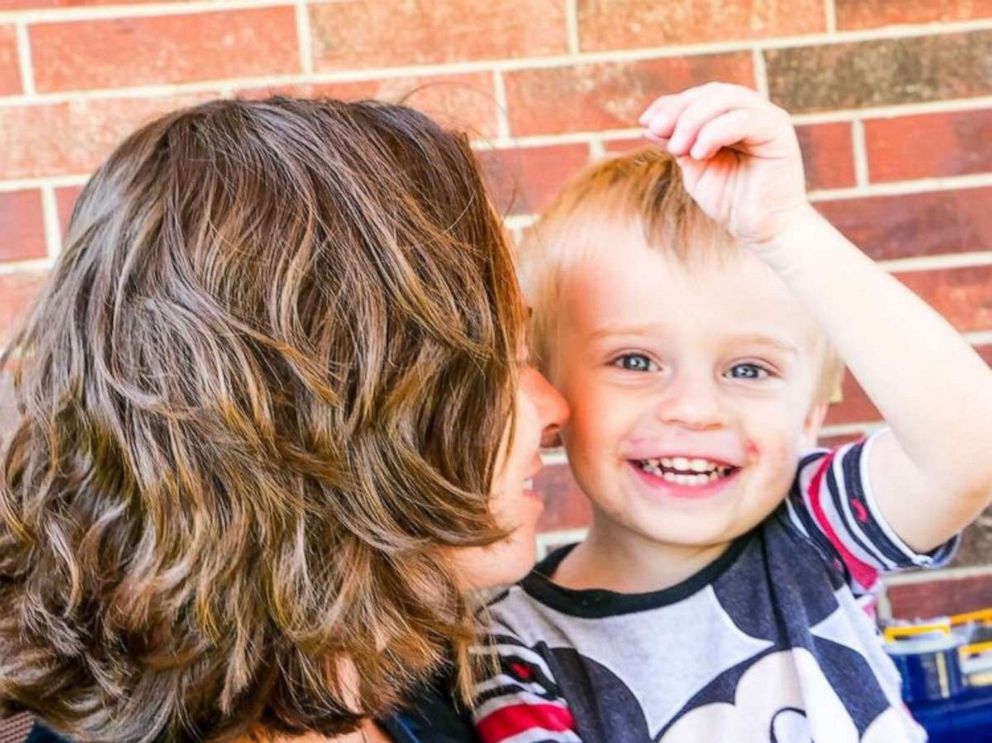 Puddle jumpers are life vests for children which also serve as swimming aids.

According to the Centers for Disease Control and Prevention, about 10 people drown every day. According to the World Health Organization, the highest drowning rates are among children 1 to 4 years old.

On the day of the accident, Judah, his mom said, as with every other time he was in the water, wore a puddle jumper.

"I knew I wanted to keep him safe around the water," Brown told "Good Morning America," on how she came to decide on the device for Judah. "I knew that included swimming lessons (which she took with Judah, though she said they were focused on getting used to water as opposed to learning what to do in the water). "I talked to moms, everybody was recommending puddle jumpers. [They] seemed safe and I got one and started him in a puddle jumper from the time he was about a year old."

Editor's Picks
MORE: The controversial water safety technique that could save a baby from drowning

"I knew I still needed to watch him around the water but I felt like the puddle jumper was that one extra layer of protection," Brown told "GMA."

That September day, while Christi and her friend sat next to the pool supervising all the children and their husbands barbequed nearby, Judah got out of the pool and said he was cold. Brown said he came to her for a towel which she originally tried to put over the puddle jumper but it made the child uncomfortable, she said. He sat next to her without the device, wrapped in a towel. Brown said she and her friend turned their attention back to supervising the children still in the pool.

"We were counting heads. When I looked down to check on Judah, he had already slipped off. I didn't hear him slip away, I didn't see him. It was quiet, the way toddlers do. I started panicking and my friend and I jumped up, we were looking around the pool. I thought he had gone to this water feature he was interested in, there was this little waterfall in the pool area. He wasn't there. I ran around the pool screaming his name, I found him lying face down at the shallow end of the pool, right next to the stairs." 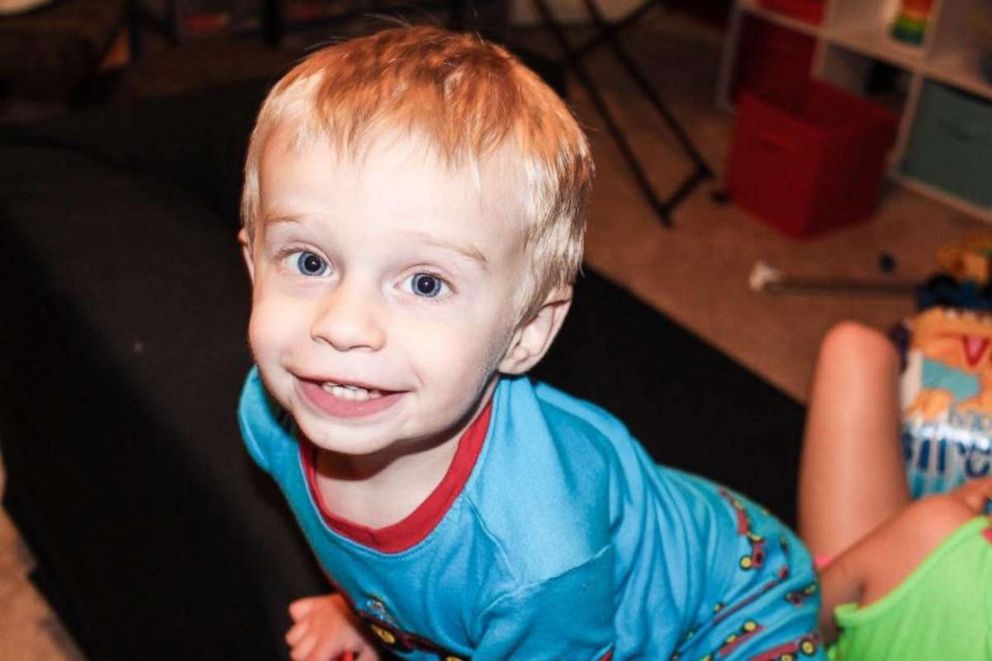 Brown estimates less than two minutes passed between the time she is sure Judah was still next to her until she found him in the pool. Her husband, and then the husband of the other couple, performed CPR waiting for an ambulance. Judah was brought to a local Pediatric Intensive Care Unit but died on Sept. 26, 2016.

A false sense of security

The issue with the puddle jumper, and all flotation devices, Brown said, is they give a false sense of security.

"What happened with Judah is he would go into the water with the puddle jumper on every single time. He always had it on. Through the process of always having that on, he never learned what his body could and couldn't do in the water. He assumed, in his 3-year-old brain, that he could swim when he couldn't. He thought 'I can go to the water and I'll float,' because every other time he went to the water, he did. He didn't understand it was the device that was keeping him up."

In her Facebook post, Brown wrote, "Puddle Jumpers teach children to bicycle their arms and legs in order to propel through the water. This expends huge amounts of energy and contributes significantly to drowning incidents because it cannot be sustained for very long."

The organization Parents Preventing Childhood Drowning wrote on its website on the topic of puddle jumpers, "Toddlers do not have the cognitive capabilities to understand that they need the device to float in the pool. Thus, the problem occurs when the child is not wearing the puddle jumper. The child is now conditioned to believe that not only can they can swim alone in the pool, but they are supposed to do so in an upright position. Both of these are very dangerous. Most toddler drownings occur during a non-swim time when the child is in the care of one or both parents."

Michael Oostman, the President, Oostman Aquatic Safety Consulting, Inc. a company that is, according to its web site "dedicated to the prevention of drowning and catastrophic aquatic injuries through education, mentoring, and forensic investigation services," says personal flotation devices are crucial. He has investigated more than 900 drownings in his career. 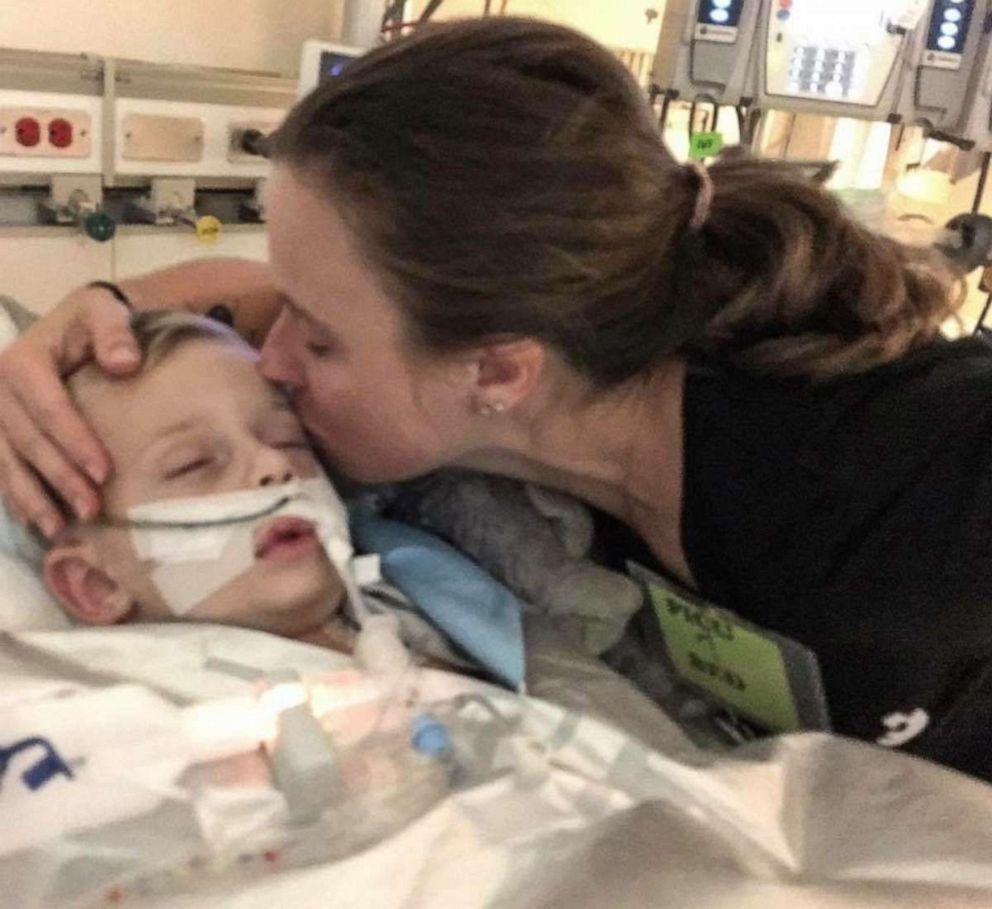 "Until a person is able to rescue themselves in the water there is a huge risk of major injury or fatality if they enter into a body of water without floatation device on," he told "GMA." For that reason, he is a proponent of PFDs, puddle jumpers included, as one of many safeguards parents need to take to ensure safety of their children in the water.

But, Oostman said, with the habitual use of PFDs can come potential unintended consequences - the inability to practice and develop swimming skills. Until the ability to self rescue is in place, an adult should be within one arm length of a child in the water at all times.

Oostman also stressed the importance of swim lessons from early in life. "And not just one session," he said, "The lessons should be ongoing and as skills develop some of the redundant protective measures [like PFDs] can begin to be removed."

"Puddle Jumper®Life Jackets are designed to provide safety in any water situation (pools, lakes, beaches, and etc.), when properly used, helping to protect children learning to swim. We stand behind our products and promote teaching children proper swimming and floating techniques, even with the use of a Puddle Jumper Life Jacket. Children should always have active adult supervision when on, in or near the water, and the use of a Puddle Jumper® Life Jacket or any other flotation device should not replace swim survival lessons and water safety education."

The U.S. Coast Guard told "GMA" they while they do approve PFDs, including puddle jumpers, that "meet a set of minimum construction, performance, and manufacturing requirements" they do "not evaluate or approve 'learn to swim' devices, swim aids, or other pool toys. PFDs only provide protection against drowning when they are worn."

What started as a way to raise money for hospital and funeral expenses by Judah's preschool teacher has grown in the last few years.

"We wanted to do more," said Brown. "I didn't want another family to go through this."

The first thing they came up with was a brochure to educate parents and caregivers about drowning prevention. It is now in 350 pediatricians' offices around the country.

Next, they started getting into schools to educate kids from preschool to elementary age about water safety. The Judah Brown Project now travels to seven school districts in the Houston, Texas, area.

Most recently, the organization offers low- and no-cost CPR lessons for parents and caregivers. They also offer scholarships to children for survival swim lessons, a type of swim lesson, of which Brown said she is a big proponent. "It teaches you how to save yourself if you accidentally fall in the water," she said.

Her commitment to the Judah Brown project keeps her son's memory alive. "I always say I get to carry his legacy with me," she said. "I get to talk about him and say his name. It helps my heart and helps me continue to walk through each day."

And each time Brown sees a child learn to swim, she said knows his legacy lives on.

"Every time I see a child that has gotten one of our scholarships floating and swimming I am always thinking of Judah. I say to him, 'this is what you're doing, baby boy. You're saving these little lives.'"