In his nearly 20-year career with the Glendale, Arizona, fire department, Capt. Dave Colson said he has only responded twice to a call on his own street.

One of those moments was last week, when Colson led a team responding to a natural gas leak on the street where he lives with his wife and their four children.

Colson, a member of the department's hazardous materials team, said that after he and his colleagues handled the leak, which turned out to be minor, he saw that his wife and children had been watching it all unfold.

"We were just out front talking and I looked down the street and my wife and the kids were outside in the front yard," Colson told "Good Morning America." "We finished up everything we were doing and then I just started walking down the street to go say hi."

Colson said that when he was about three houses away from his own, his youngest child, a 2-year-old named Jenna, took off in a "dead sprint" towards him, wearing just a diaper.

The moment was captured in a photo taken by Colson's wife and shared on the fire department's Facebook page, where it quickly went viral.

Colson said he cannot forget the look he saw on his daughter's face as she sprinted towards him with her arms outstretched for a hug.

"The picture is great but seeing her face on the run is just an amazing view to have," he said. "She just had the biggest grin from ear-to-ear and probably the last 20, 30-feet of it, her arms were wide open, running."

Colson added that he was not surprised to see Jenna run to him, describing her as a "2-year-old who loves her family." 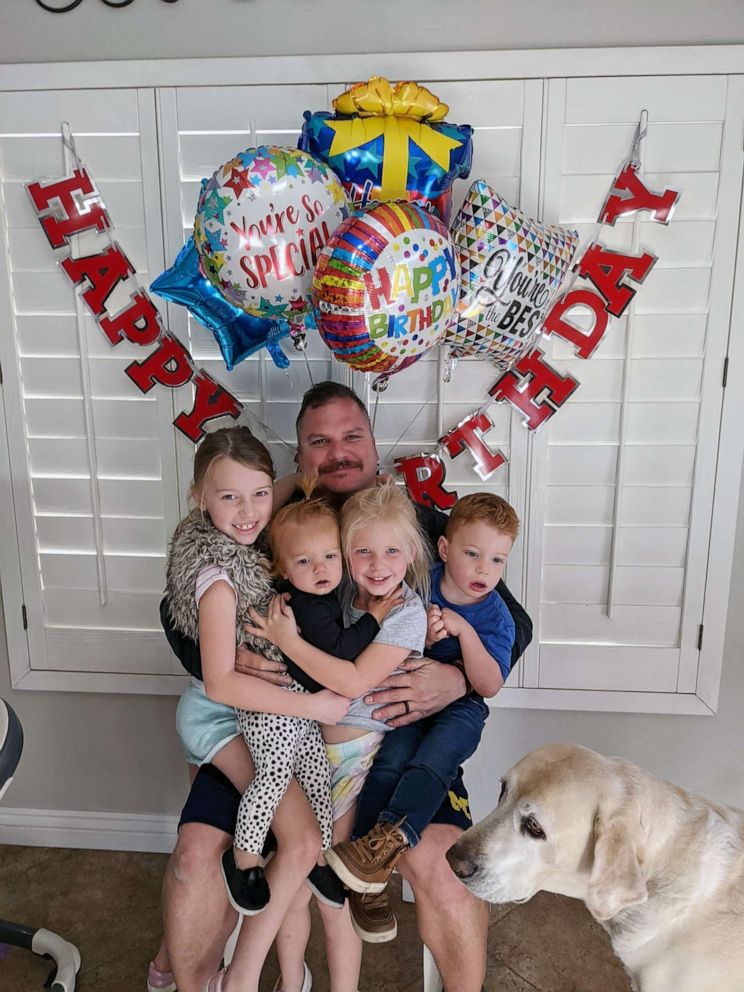 "She's a fourth child in a very active house that has a lot of fun so she's a ball of energy and excitement," he said of his youngest child. "She’s always happy and easygoing and just a lot of fun."

Colson said the moment was especially poignant for him because it was one of the rare times his kids -- ages 8, 6 and 4, in addition to 2-year-old Jenna -- have been able to see him in action as a firefighter.

He described his four children as "proud kids that day."

"My kids love what I do for a living, so for them for once to see it as it was actually happening on the street, they were excited about it," Colson said. "They asked many questions when I came home from work, about everything that was going on." 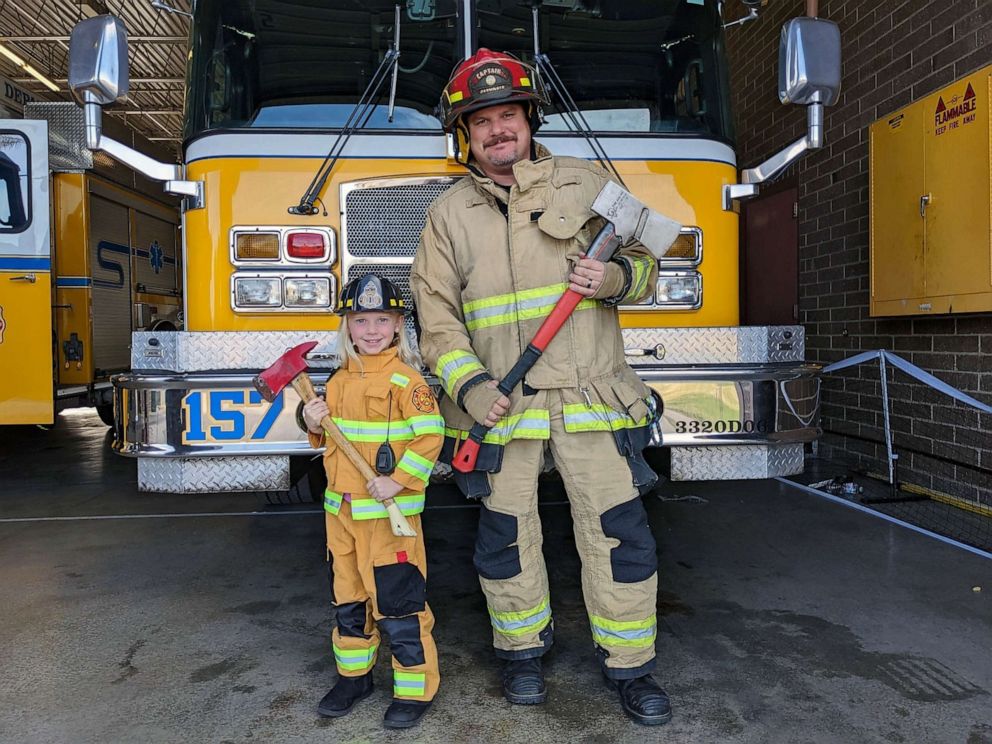 Colson said it's been heartwarming to see the reaction on social media to the photo.

Dozens of commenters responded to the department's Facebook post, thanking Colson for his service as a firefighter, and for being a great role model as a dad.

"Thank you to all the firefighters!! And thanks Captain for all you do especially being a great dad!!!" wrote one commenter.

"Not too often dadd[ies] get to hug their baby on the job…" wrote another.