One of the survivors of the Robb Elementary School shooting in Uvalde, Texas, was honored at Tuesday's MLB game between the Houston Astros and Minnesota Twins.

Mayah Zamora got to throw out the ceremonial first pitch at Minute Maid Park, an opportunity set up by the Correa Family Foundation, a nonprofit founded by Twins shortstop Carlos Correa, formerly of the Astros. Both the Astros and the Twins teamed up to give Mayah, a softball player herself, an unforgettable experience ahead of their first matchup in a three-game series that concludes Thursday night. 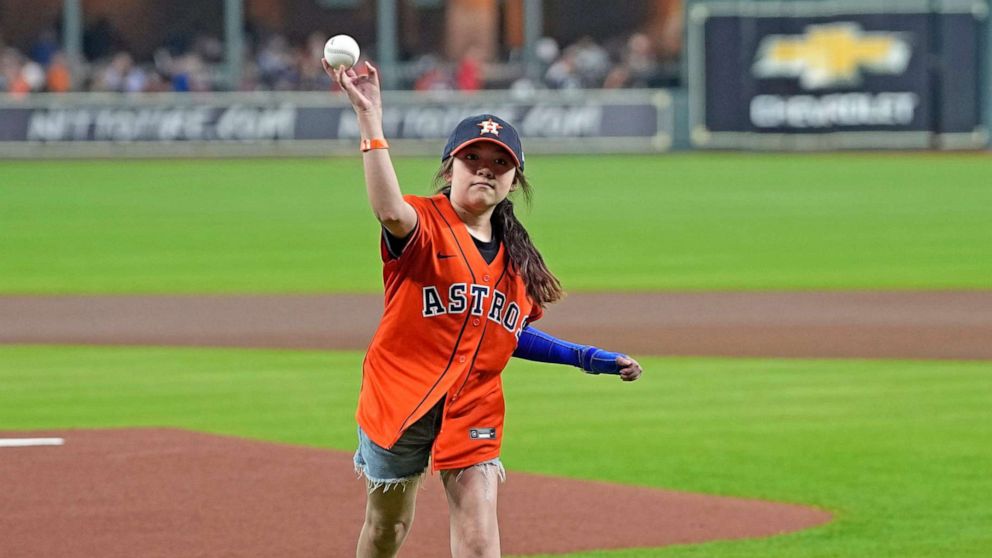 David J. Phillip/AP
Mayah Zamora, a survivor of the school shooting at Robb Elementary in Uvalde, Texas, throws out a ceremonial first pitch before a baseball game between the Minnesota Twins and Houston Astros, Aug. 23, 2022, in Houston.

Mayah donned a bright orange Astros jersey and a navy blue and orange Astros cap for the occasion and posed for photos with players from both teams, including Correa, and the Astros' mascot, Orbit, a green alien. Mayah's family, her parents Christina and Ruben Zamora, as well as her two brothers and some extended family members were also by her side at the special event. 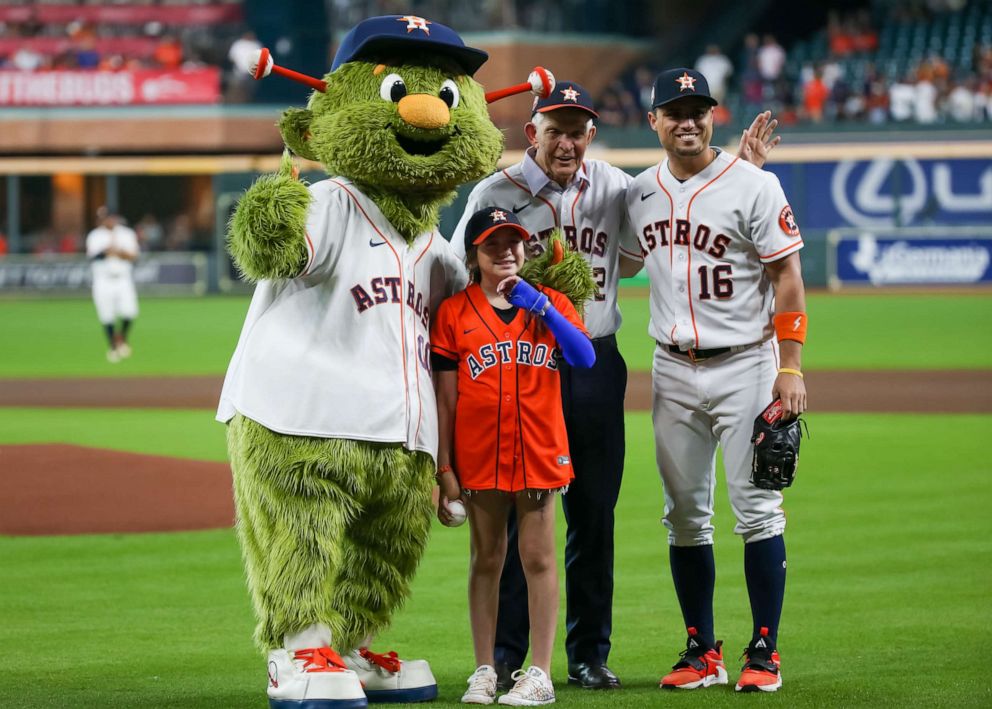 It's not the first time the Astros have honored Uvalde families following the Robb Elementary school shooting, which cut short the lives of 19 children and two teachers. In July, the team traveled to Uvalde, nearly 280 miles west of Houston, to hold events and support the local community.

They also hosted families of the shooting victims earlier this month at Minute Maid Park.

Mayah was released from University Hospital in San Antonio on July 29. According to a press release from the Correa Family Foundation, the 10-year-old had to undergo over 20 surgeries during her 66-day stay.

While she was at the hospital, Mayah's softball team launched a lemonade stand to raise at least $4,000 to help fund their teammate's medical costs.

The Correa Family Foundation also announced Tuesday that it had raised funds to provide Mayah and her family a new home. The foundation's president, Dr. Ricardo "Ricky" Flores, confirmed to "GMA" that after the school shooting, Mayah had learned she and her family lived just blocks away from the shooter and she felt uneasy returning home. 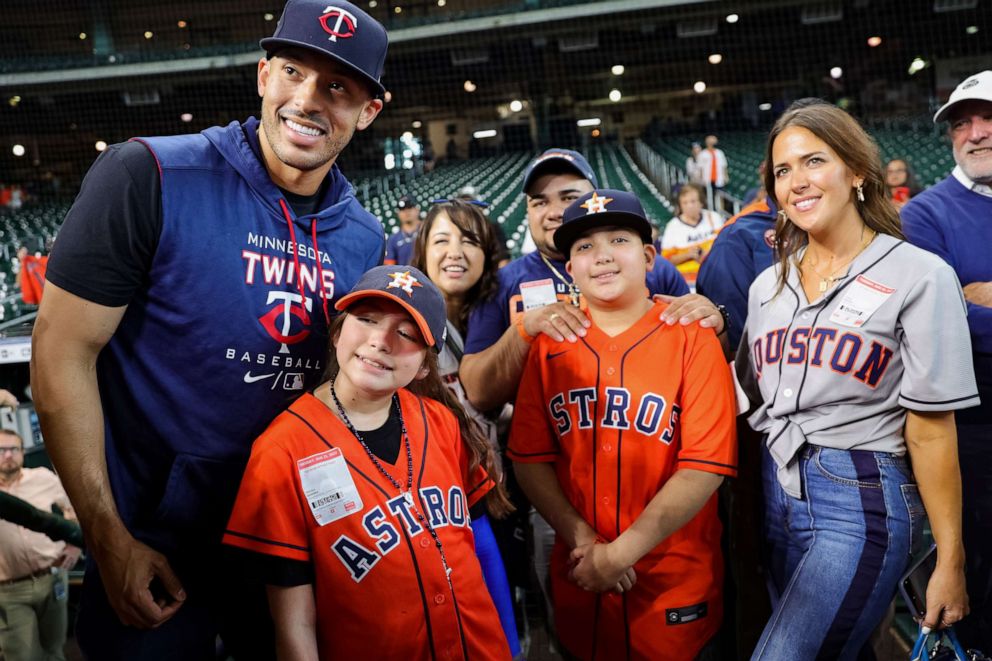 The Zamora family is in the process of finding a new place to relocate and the foundation plans on making sure their next home is fully furnished and comfortable for Mayah.

"We are thrilled to have so many friends and collaborators who are willing to come together and help us provide this gift to Mayah and her family," Correa said in a statement. "I could never begin to imagine everything she has gone through, and we feel that this is one thing we could do to try to alleviate some of her pain. I'm thankful to both teams for being a part of this effort."