When students in Uvalde, Texas, return to school in September, they will have brand new picnic tables where they can sit and gather.

It's all part of a national, grassroots effort to help the community after 19 students and two teachers were killed in a shooting at Uvalde's Robb Elementary School on May 24.

"For the Uvalde community, it's just letting them know that they are not forgotten," said Amanda Stevens, a mom of two from Dallas, Texas. "We will be here and we will honor their losses and support them with whatever they need."

Stevens is one of the organizers behind an effort to fulfill Uvalde teachers' wish lists -- specifically teachers from Robb Elementary.

Across the country, as the back to school season approaches, many teachers post public wish lists of supplies they would otherwise have to pay for out of pocket, including everything from snacks for kids to books, educational materials and classroom supplies like tissues and hand sanitizer.

The wish lists are often shared on social media, where strangers can find them and donate the supplies.

For teachers in Uvalde, their lists have been shared far and wide this year, with people like Stevens working hard to make sure teachers there don't have the extra burden of finding supplies.

Stevens is working alongside Frank Gomez, a teacher at her kids' school and a Uvalde native, who said he specifically wanted to help the teachers at Robb Elementary School who are being relocated. The superintendent of the Uvalde Consolidated Independent School District announced in June that students and staff would not return to Robb Elementary when the new school year begins on Sept. 6, and would instead be served "on other campuses" around the district. 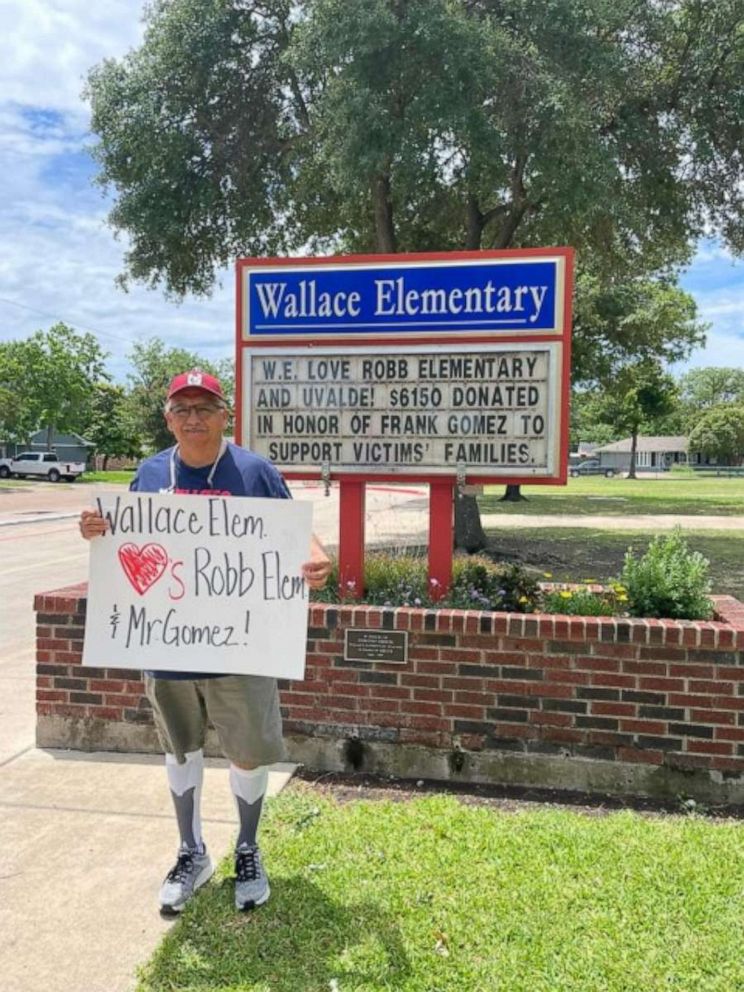 Courtesy Amanda Stevens
Frank Gomez, a teacher at Wallace Elementary School, has helped raise money for Uvalde, Texas, after a deadly school shooting there on May 24, 2022.

Gomez and Stevens said they have collected thousands of dollars worth of supplies for teachers in Uvalde by sharing teachers' wish lists with their own school community and on social media. A GoFundMe started by Gomez also raised over $5,000, which he said is being used to purchase everything from books to classroom decorations to help the first day back at school seem more normal.

On the first day of school, Uvalde students will also see new picnic tables at their schools, thanks to more than $15,000 that was raised in less than one day earlier this summer.

Katie Grossbard, 29, of Los Angeles, along with two of her friends, Val Vogt and actress Sarah Michelle Gellar, was an organizer of that fundraiser. She said she and the others spoke with Uvalde school officials to find something specific they needed for the new school year.

"We said to them, 'How can we help?,' and they said, 'We need picnic tables,'" Grossbard recalled. "We said, 'Great, send us links to what you want. We'll figure out how much money it's going to cost and we'll make it happen.'"

In less than 18 hours, $15,000 was raised, according to Grossbard. She said the money has been used to purchase one dozen picnic tables that will be placed at schools to help accommodate students from Robb Elementary.

"One of the things that the people at the school district talked about when we were talking about making this happen was just creating a sense of community that was welcoming these students in with open arms and ready for them -- and it not feeling like they were out of place or like that they weren't supposed to be there," Grossbard said. "They didn't want it to feel like, 'Oh, now we're crowded and now you're reminded every day that you're not supposed to be here, you're supposed to be somewhere else.'" 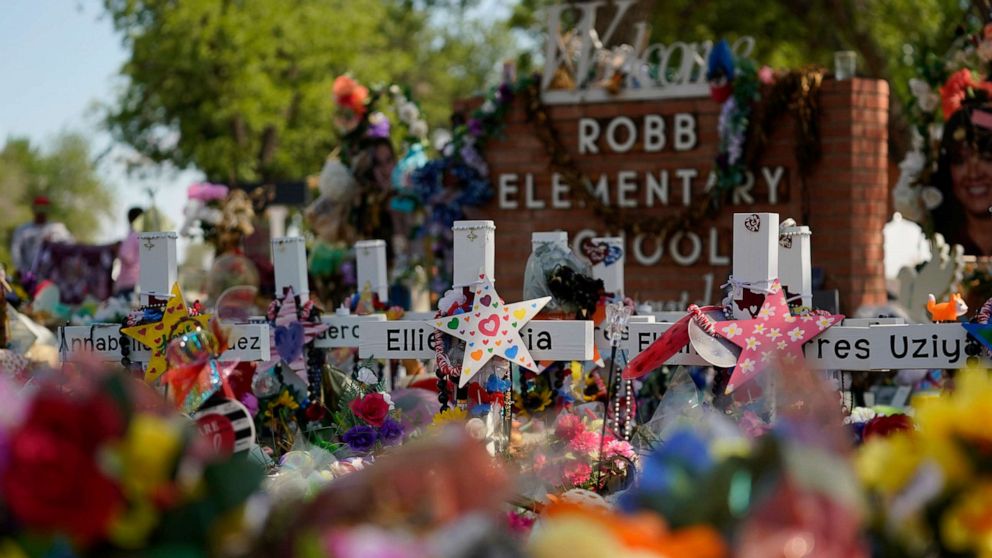 The picnic tables, according to Grossbard, will also be used as locations for students to sit and talk with mental health counselors as needed.

The Uvalde Consolidated Independent School District did not reply to ABC News for this story.

The district's school board has held special sessions throughout the summer to plan accommodations for the new school year, including upgrading security measures and allowing all students K-12 the opportunity to attend classes virtually after parents said their children do not feel comfortable returning to school in person. The district also pushed the start of school back from mid-August to Sept. 6.

Tensions within the community have often spilled out at the board's meetings, particularly in the wake of a 77-page report by a joint committee of the Texas Legislature slammed the police response to the incident and the school district's lack of preparation for such an attack.

Earlier this month, the school district announced Mandy Gutierrez, the principal of Robb Elementary School, who was briefly suspended following the probe into the attack, will be leaving the school for a position in district administration.

The district's police chief, Pete Arredondo, remains on unpaid administrative leave, and the school district has recommended he be fired.

Amid the grief and tension in the community, Uvalde's local library, the El Progreso Memorial Library, located just a few blocks from Robb Elementary School, has become a center of healing and community for people, largely thanks to strangers' donations, according to library director Mendell Morgan.

Morgan said thousands of children's books have been donated since the shooting, along with items like kids' bicycles and toys.

"At a time like this, books can be such a comfort, a wonderful means to escape and a wonderful way to transport yourself into a different world where there is not hurting or pain," Morgan said. "It's always been our effort to bring the community here for times when we need to be together, in times of joy as well as times of sorrow when we need to comfort one another." 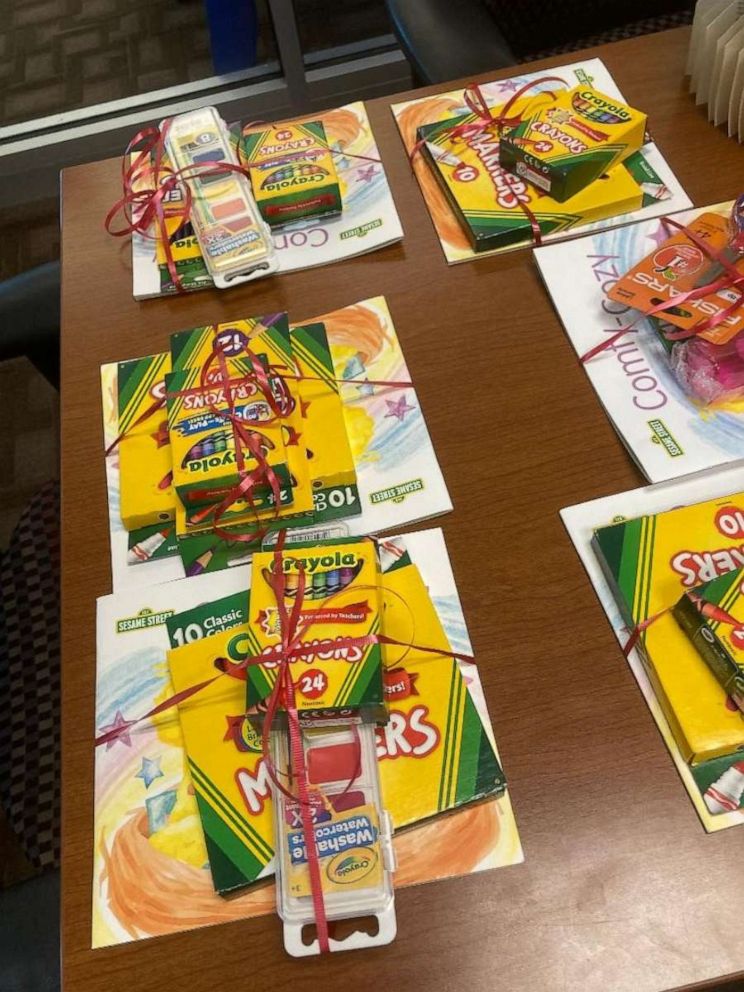 The library has become a place to mourn and grieve through both reading and mental health counseling, as well as a place to have fun. Throughout the summer, the library has hosted everything from ponies and bounce houses to a special day that featured superhero characters reading books to kids, according to Morgan. 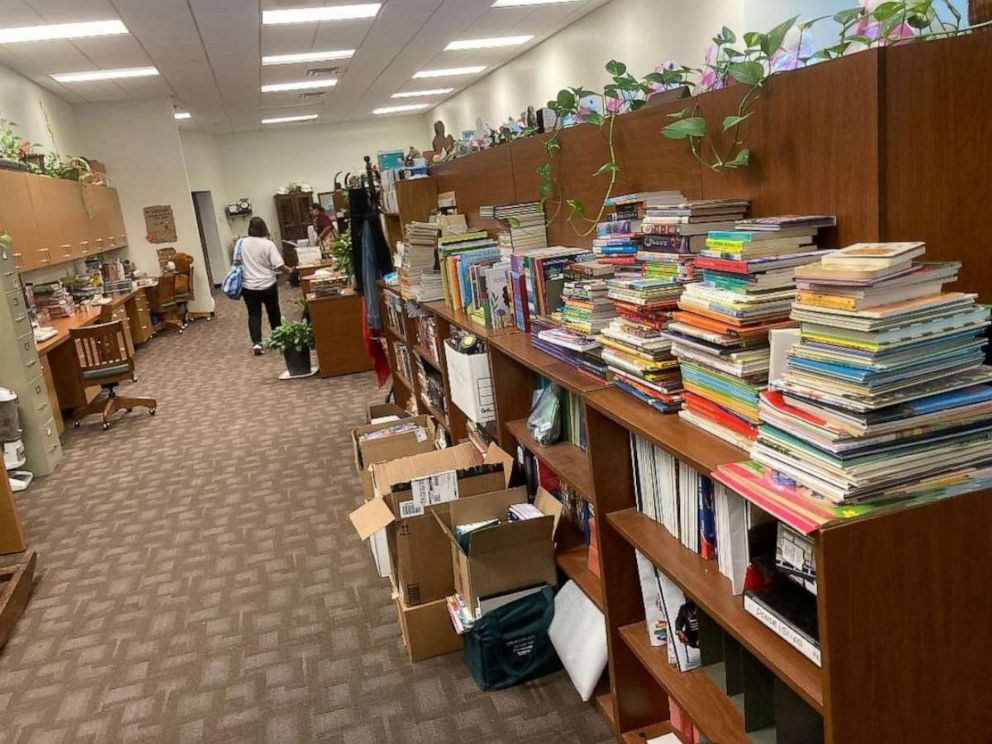 "People are so incredibly kind," he said. "Great evil came to our community on May 24, no one can deny this, but the outpouring of good, the response has been overwhelming in the other direction, and we are so grateful."