An 8-year-old girl in Tennessee was surprised with a magical birthday party after initially receiving only one RSVP to the celebration.

It was a shock Charlotte Joy didn't see coming and an unexpected development her older sister, Chloe Sexton, couldn't have guessed either, after she posted an emotional TikTok video on July 4, one day before Charlotte's eighth birthday.

"For anybody who has a kid that they're raising, if a kid in your child's class gives out birthday invitations, just come. It's like, an hour or two of your life. Please just come," Sexton had said in the video at the time. "My little sister turns 8 tomorrow. Her birthday party is going to be this weekend. Our mom died of brain cancer 83 days ago. One -- one child from her class RSVP'd. I haven't even told her that. Like why? Why? Her whole class knew what happened." 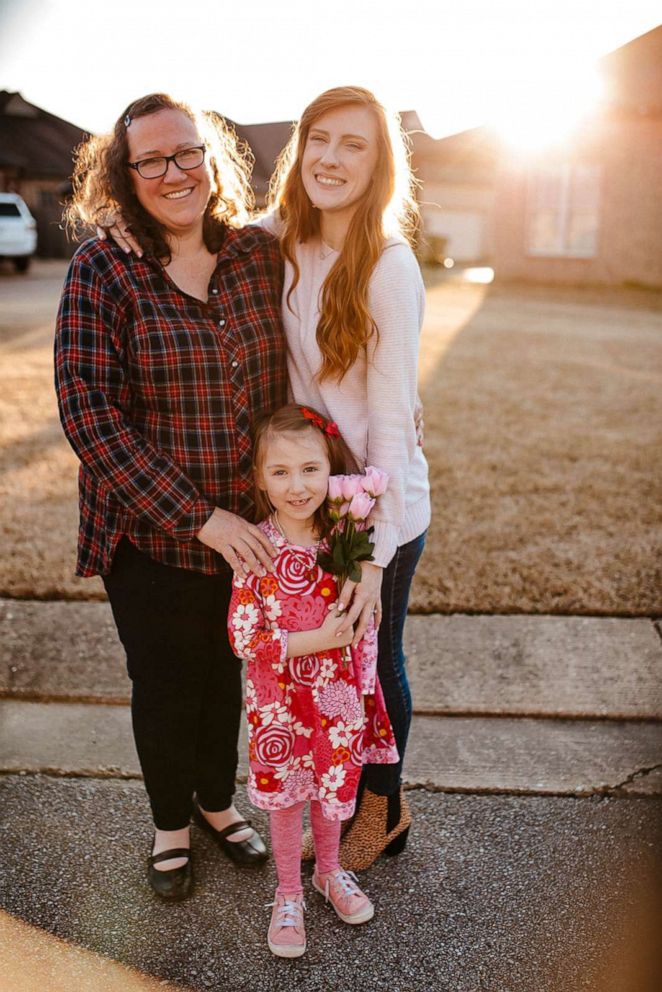 The TikTok post ended up going viral and has now been viewed more than 9.2 million times within the last two weeks.

"We sent out the invitations and on the back of the invitations, I made sure to mention, 'If you can't come, please just let us know. That's OK, too -- summer plans and travel. But can we just get in contact at all so that we could plan play dates and help grow Charlotte a friend group? And we didn't hear a thing," Sexton, 27, told "Good Morning America," adding that Charlotte had switched schools this past school year.

MORE: When his friends didn't show up, a community united to help a 7-year-old celebrate his birthday 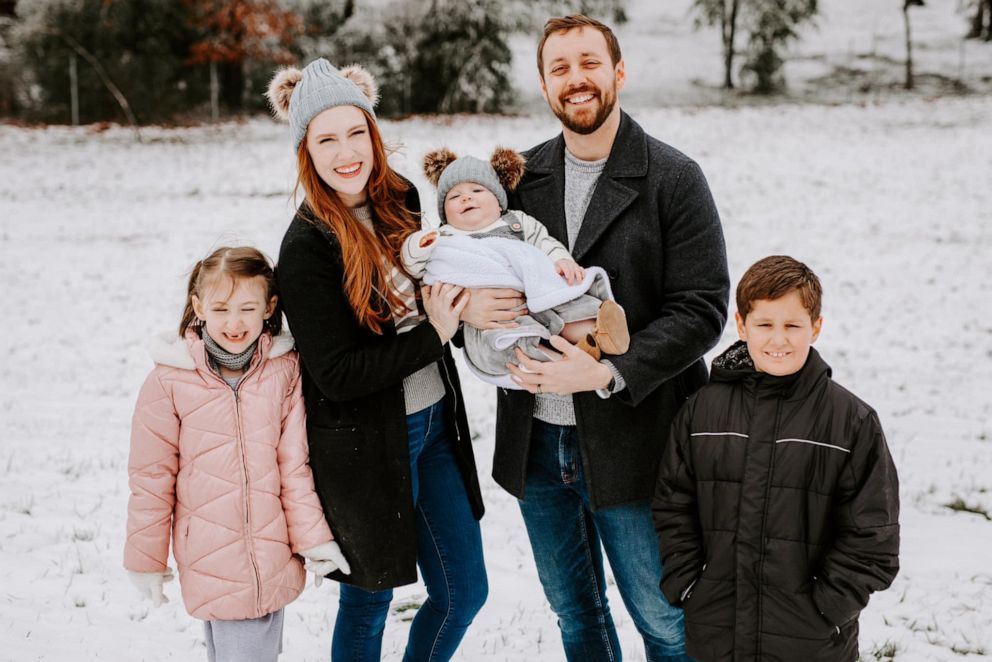 But Sexton said that within hours of posting the video, she started to hear from complete strangers she'd never met before, who emailed and sent messages, asking if they could help buy decorations, come over and set up and, of course, attend Charlotte's birthday party along with their kids.

MORE: Meet the woman who throws thousands of birthday parties a year for kids who would otherwise not have one

"I was receiving floods of Instagram messages from moms asking where I lived, if they were close enough. And within maybe a couple of days, I had a team of women, who lived local to me, who were going to decorate my house and help me clean it, who were going to assemble the balloon garlands at their own homes and bring them back and hang them. So it became something of its own right away," Sexton explained.

That Saturday, Charlotte got a birthday party she won't soon forget. 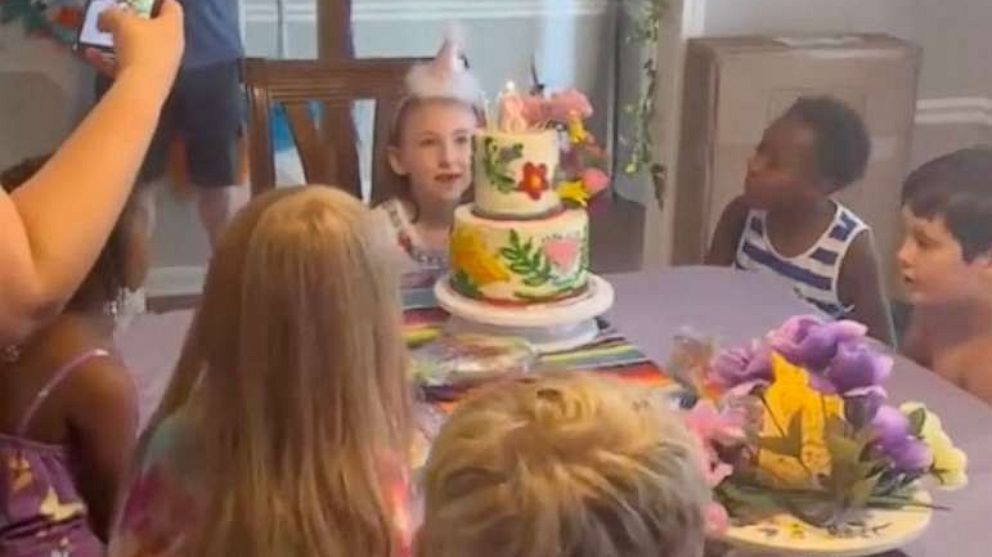 chloebluffcakes/TikTok
Charlotte's eighth birthday party was not only her first birthday party, but a special and memorable one thanks to the kindness of online strangers and her local community.

Sexton shared what happened in a follow-up TikTok video, showing the colorful balloons, streamers and decorations that awaited Charlotte at home, the festive horses who got dressed up for the occasion, the parade of Jeeps from the Mid-South Jeep Club that drove by, the live reptiles that came to visit, a decadent two-layer cake, and the dolls and toys that Charlotte was showered with amid a party of 20-25 attendees.

"At no point was anybody bored, that's for sure. If anything, I think a lot of kids were just like, 'There's more? There's more?'" Sexton said.

Charlotte's birthday party was especially sweet since it was the first one she's ever had in her life. Her mom, Jennifer Joy, had lived with cancer throughout her young life and hadn't been able to throw her a party or arrange one for her as she underwent surgery and treatment over the years. 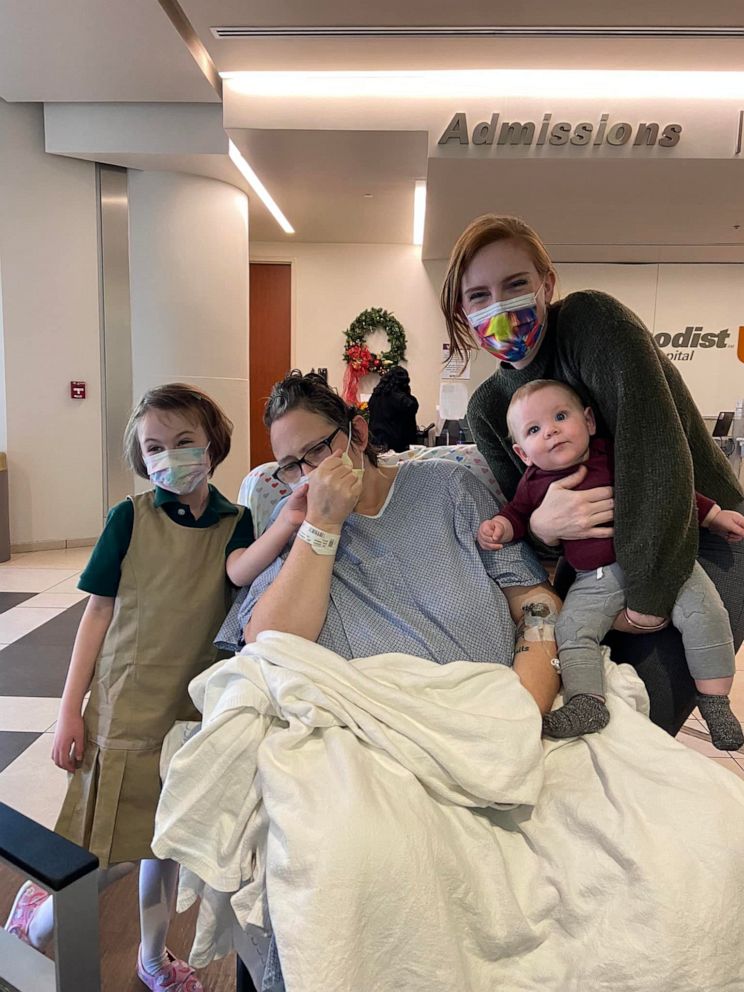 "This wasn't just Charlotte's first birthday without Mom. This was Charlotte's first birthday party ever," Sexton explained. "A lot of people who go through cancer and have little kids, they make these sacrifices and they have to decide, 'Well, what do I actually have the strength and the energy for because I want to be at my healthiest, but if I throw myself into inviting people and whatever germs and a pandemic into my home, I could put my life at risk.' So that wasn't something my mom ever really got to do. She never really got to be that party-planning parent." 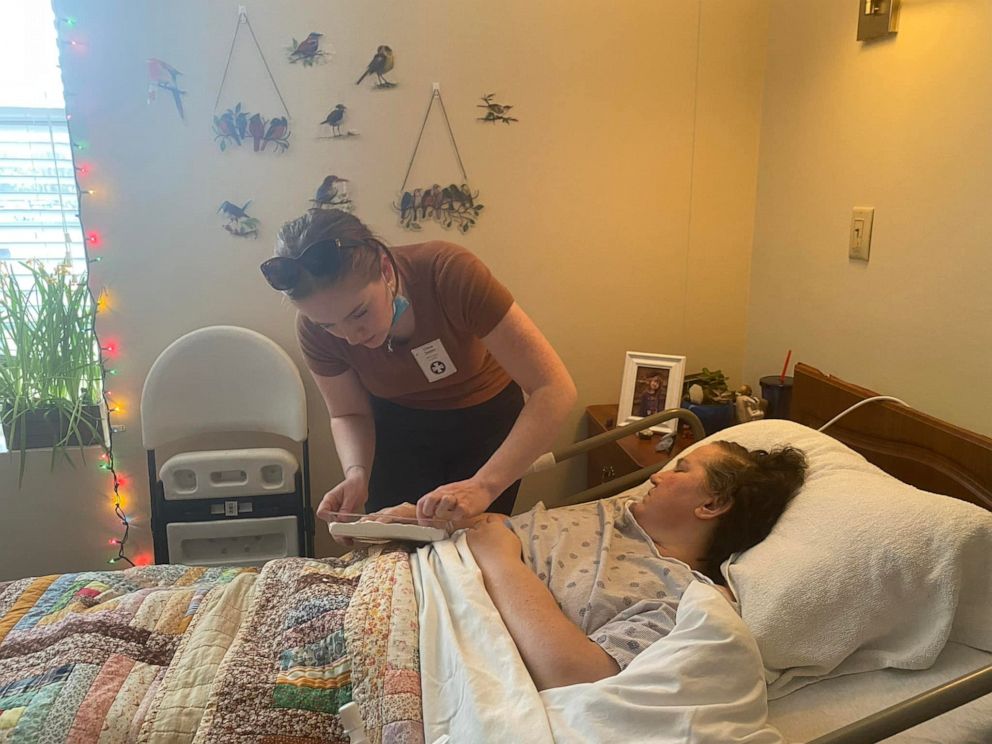 Courtesy Chloe Sexton
Chloe Sexton with her mother, Jennifer, in hospice, before her passing in April 2022.

Sexton said her sister made new friends that day and afterward, described it as "the best day."

"I never once heard her say that she wished anything could have been different at all," she said. "She's like, 'I feel really special. I feel like this was the most special day of my life.'"

The fun hasn't stopped since that memorable Saturday. 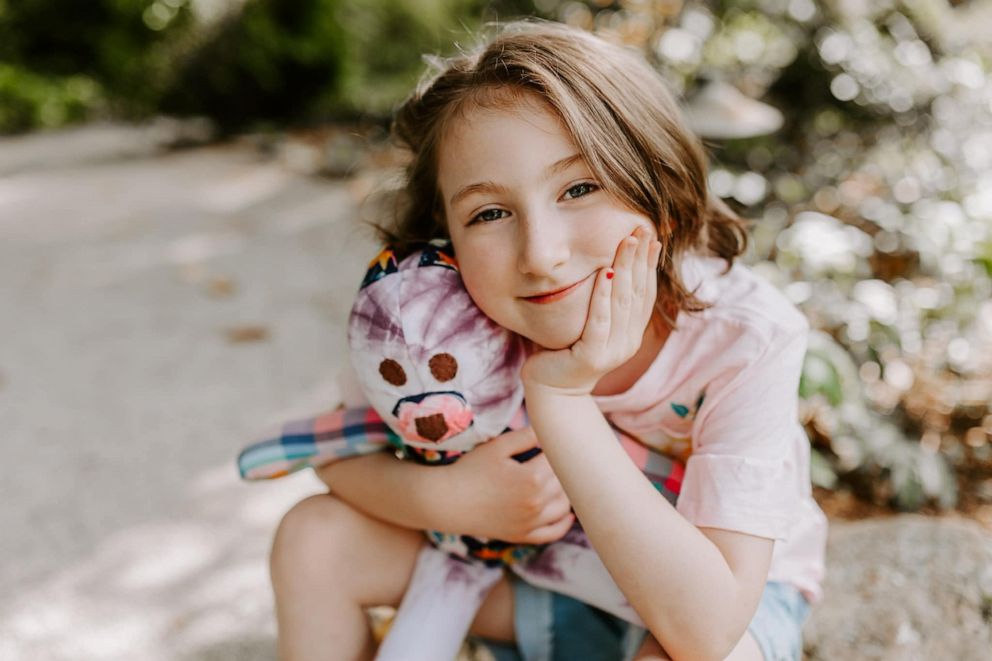 "My P.O. box, just from people on TikTok and online finding out about her, have since sent her and continue to send her birthday cards," Sexton said. "They're just packing my P.O. box to the brim every day. So I bought a scratch-off map and I'm gonna sit her down and let her read them and every state that it comes from, we're gonna scratch off the state from where that card came from."

Sexton said the experience has been "incredible" and "life-changing" for both her and her sister. 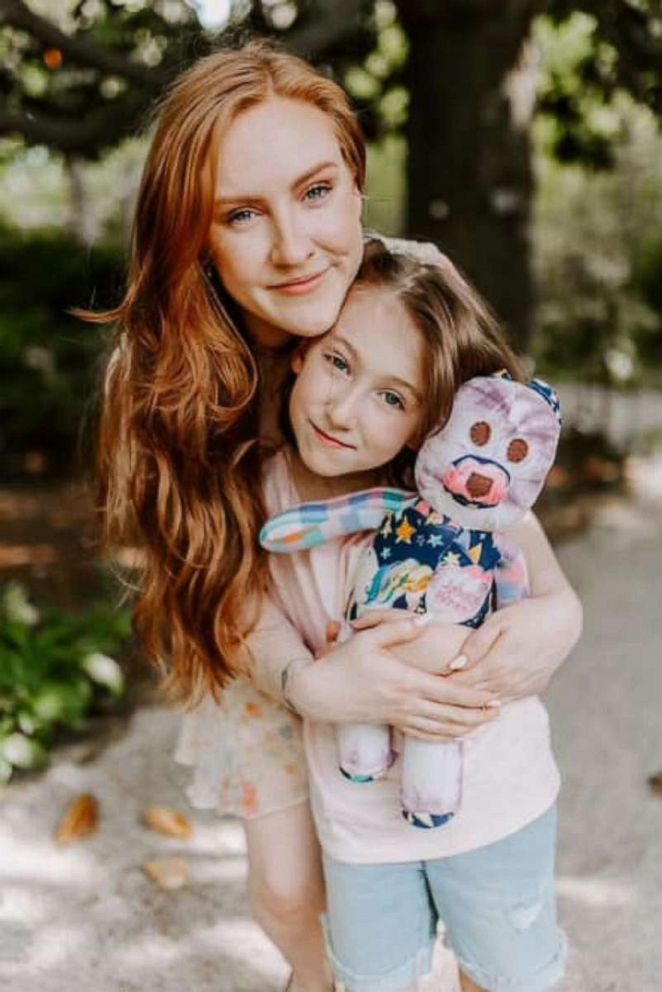 "It can be pretty isolating to hear people say that they feel for you and your grief, and they wish you all the best and never actually see it in person. Like, do I actually matter? Does anybody really care or do they just leave nice comments? They do. They do. People mean what they say," she said. "They actually do build relationships with people through a screen and they put their money where their mouth is, and they show up to a birthday party for an 8-year-old who was going to have a really sad day and they change your life."