A boy who was on a flight home with his dad shamelessly called out a passenger whose manners were arguably not up to par.

Rodney Small's hilarious reaction was recorded after he realized the passenger behind him had placed their bare foot on the side of his seat.

“Some stinky feet behind me," Rodney can be heard saying in the video recorded by his father.

Darryl Small of Houston, Texas, said they were flying home from Walt Disney World in Orlando, Florida, when the interaction took place. 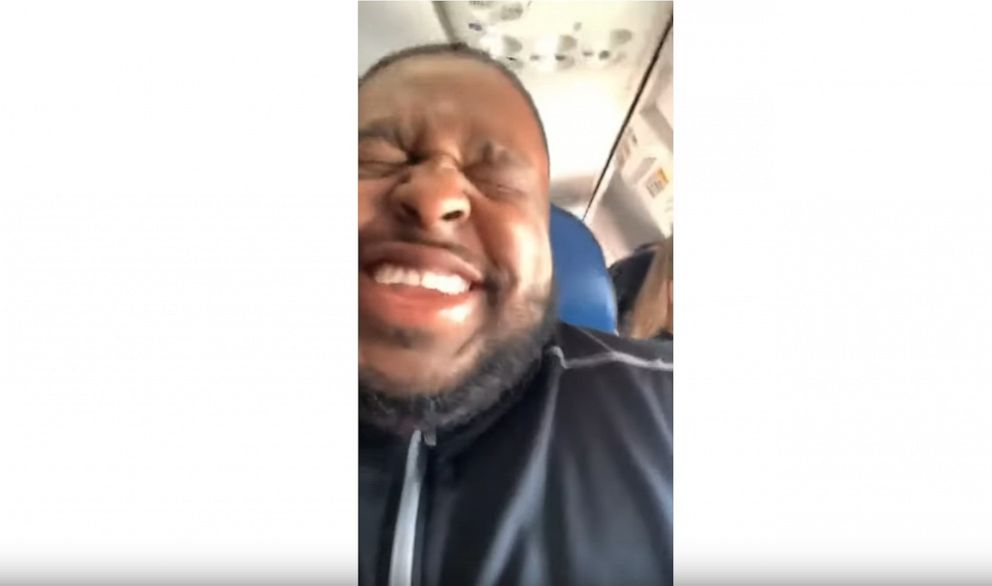 Darryl Small via Storyful
Darryl shared a video on his Facebook on May 17, after his son, Rodney, 4, called out a fellow airline passenger for putting their foot on the side of his seat. 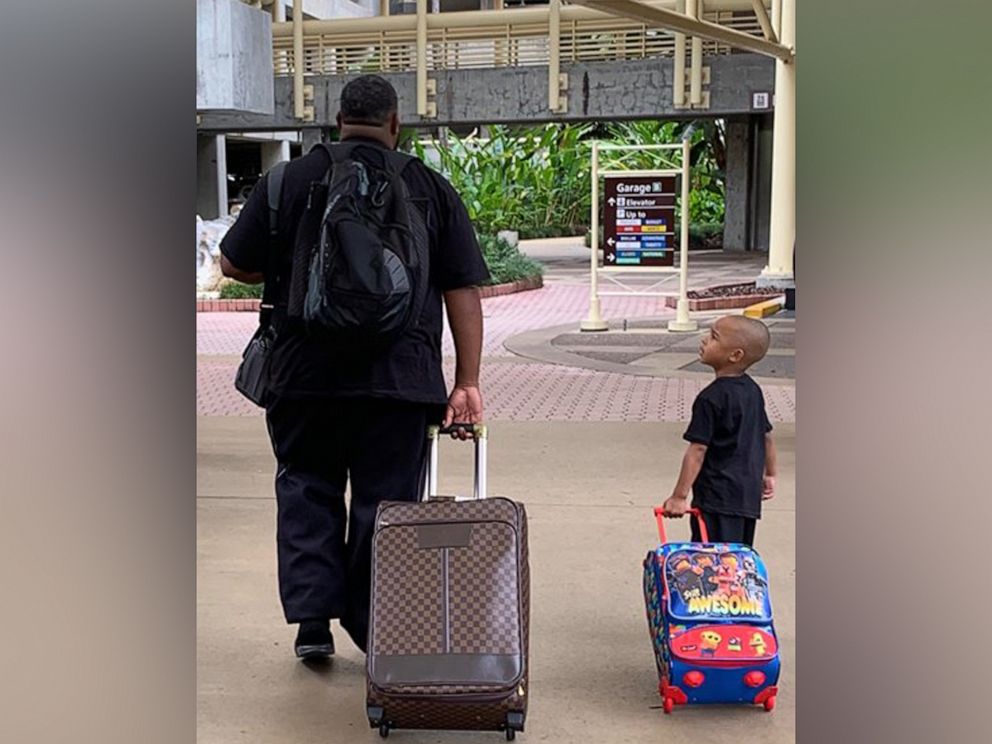 Courtesy Darryl Small
Rodney Small, 4, is seen walking with his dad, Darryl Small, as they embarked on a trip to Walt Disney World.
(MORE: Dad cracks up as his 2-year-old wears a hot dog costume to bed)

Small shared the video on his Facebook page May 17, where it garnered 35,000 views.

"I was surprised that so many people liked, commented and shared the video because this is normal behavior for him," Small told "Good Morning America," adding that the woman quickly moved her foot and apologized. 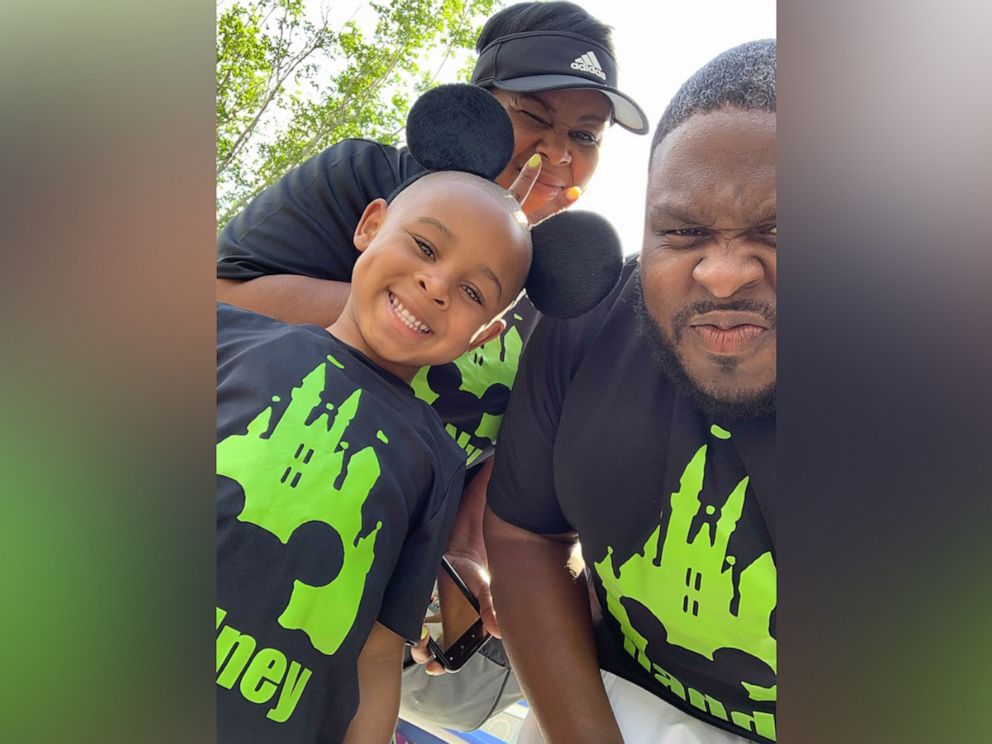 Courtesy Darryl Small
Rodney Small, 4, is seen at Walt Disney World in Florida, with his dad, Darryl Small of Houston, Texas, and his grandmother, Synithia Jacquet.
(MORE: Video of a toddler having a full-on conversation with dad is racking up millions of likes)

Small said Rodney knows it's a rule to keep feet off the furniture and wasn't trying to be rude.

"He was just curious as to why that rule didn’t apply to the lady sitting behind him," Small added. "I wasn’t offended at all but his reaction just caught me by surprise and ended up being the highlight of our trip." 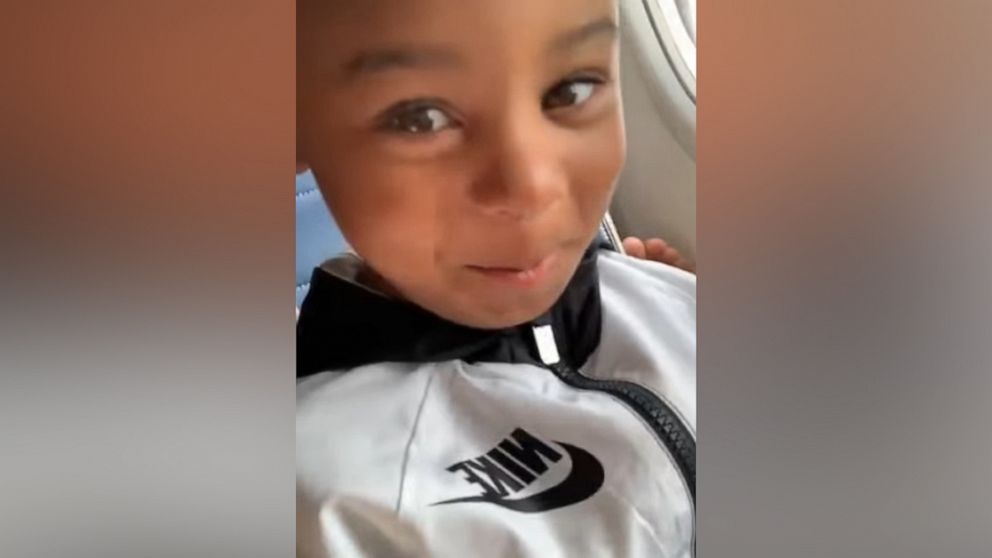 Darryl Small via Storyful
Darryl Small and his son, Rodney, were on their way home to Houston, Texas, from Florida, when Rodney realized his fellow airline passenger had placed their foot on his seat.

The Walt Disney Co. is the parent company of ABC.