The battle of bagels for breakfast goes beyond a schmear of cream cheese.

Damaris Phillips shared her take on a Kentucky classic but used an everything bagel as the base to build layers of flavor with turkey, Mornay sauce, oven-dried tomatoes, bacon and cheese.

Chef Eric Adjepong went for a sweet twist with a pumpkin puree spiced custard to soak the bagels and cook-off just like French toast.

Check out the full recipes below and cook virtually from your own kitchen with either chef online. 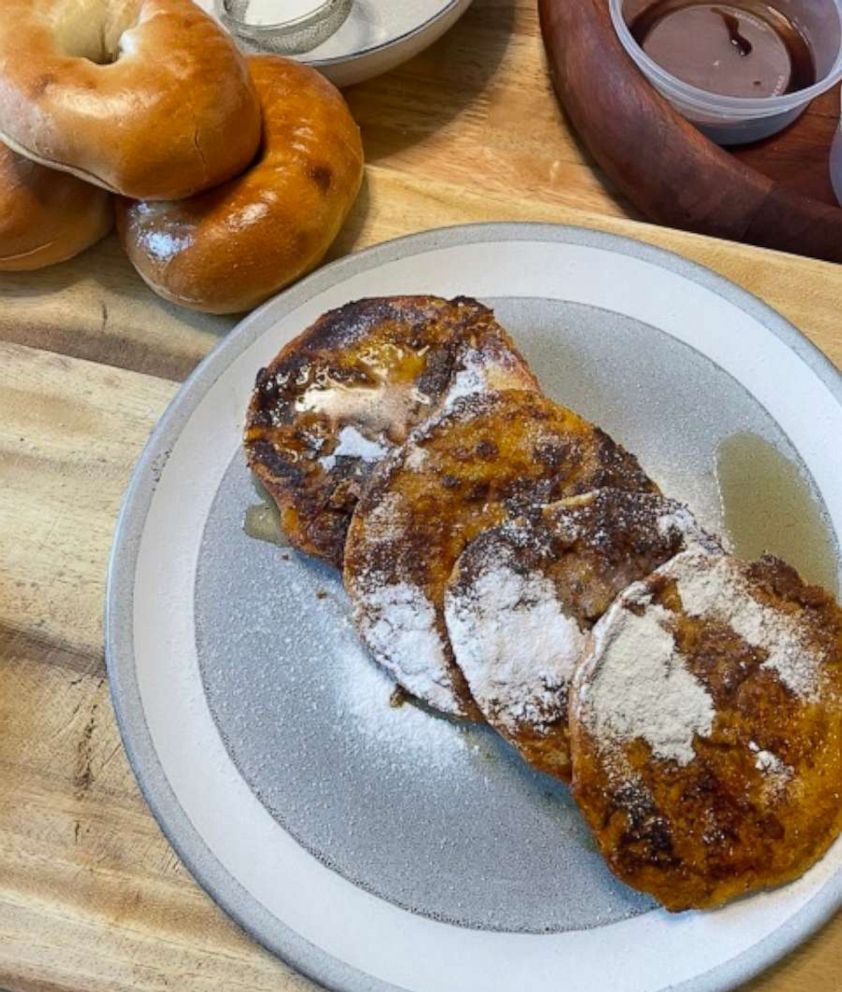 2 plain bagel sliced in half

Butter or ghee, for griddle 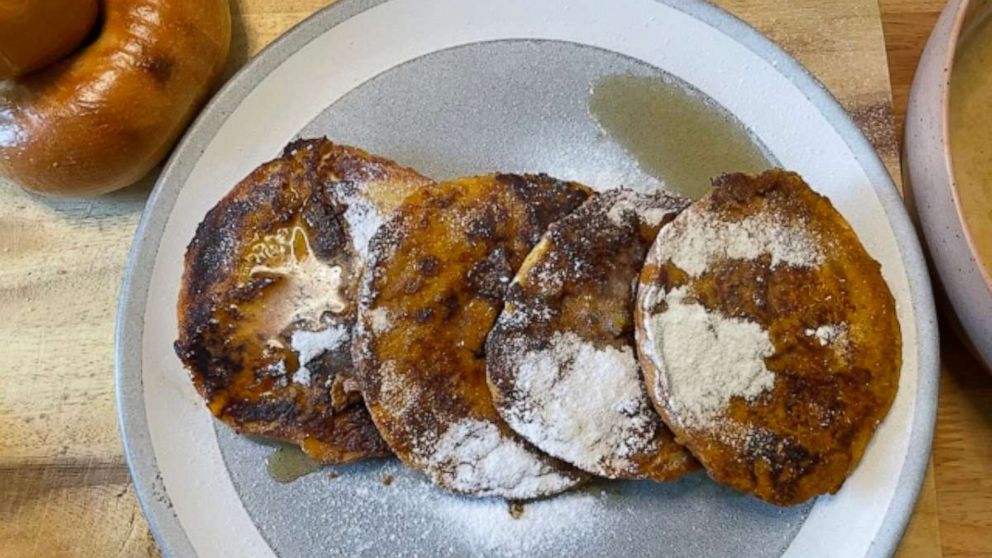 Preheat an electric griddle to 350 degrees (a non-stick skillet set over medium heat also works fine).
In a mixing bowl whisk together milk, pumpkin puree, eggs, brown sugar, vanilla, cinnamon, nutmeg and ginger until well combined. Pour into a shallow dish. Butter griddle and dip bagel into egg mixture (allowing a few seconds for it to absorb mixture. Rotate and coat opposite side.)
Transfer to griddle and cook until golden brown on bottom, then lift, butter griddle once more and flip french toast to opposite side and cook until golden brown. Serve warm with butter and maple syrup. 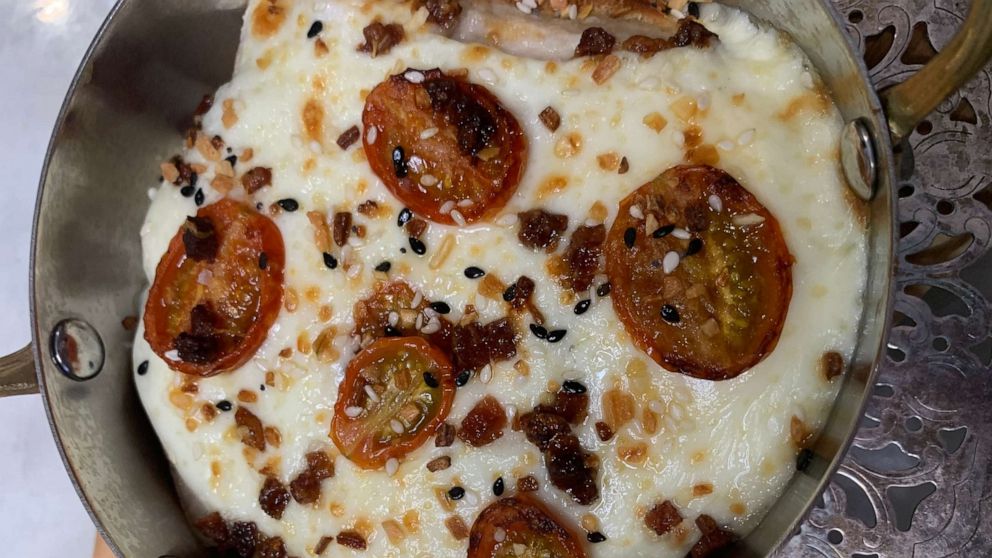 Preheat the broiler. Distribute the bagels among four 6-inch cast-iron gratin pans or 4-inch casserole pans.
Divide the turkey evenly among the pans.
Spoon the Mornay sauce over the turkey, then top with the tomatoes.
Sprinkle with the Parmesan and bacon and broil until golden and bubbling, about 5 minutes.
Remove from the oven, sprinkle with everything seasoning and enjoy immediately!

Add the butter to a medium saucepan and melt over medium heat.
Add the milk to a small saucepan and heat over medium heat.
When the butter is melted, add the flour and stir continuously so the roux doesn't scorch, about 2 minutes. When the milk starts to simmer, slowly add it to the roux, stirring continuously so lumps don't form.
Increase the heat and bring to a boil. Reduce to a simmer and cook until the sauce is thick enough to coat the back of a spoon, 2 to 4 minutes.
Add the cheddar and gruyere and stir until smooth. Remove the sauce from the heat and season with salt and pepper.