If you're looking for a book to read and a show to binge while in quarantine, "Normal People" has you covered on both fronts.

The beloved 2018 Sally Rooney novel -- even former President Barack Obama is a fan -- has been adapted into a series on Hulu, which is streaming now.

Set in Ireland, it revolves around the relationship between Connell, a popular working-class student who cares too much what people think of him, and Marianne, a rich yet sensitive social outcast. What begins as a secret high school romance follows the two through their college years as they face a series of heartbreaking miscommunications and meaningful reconnections. 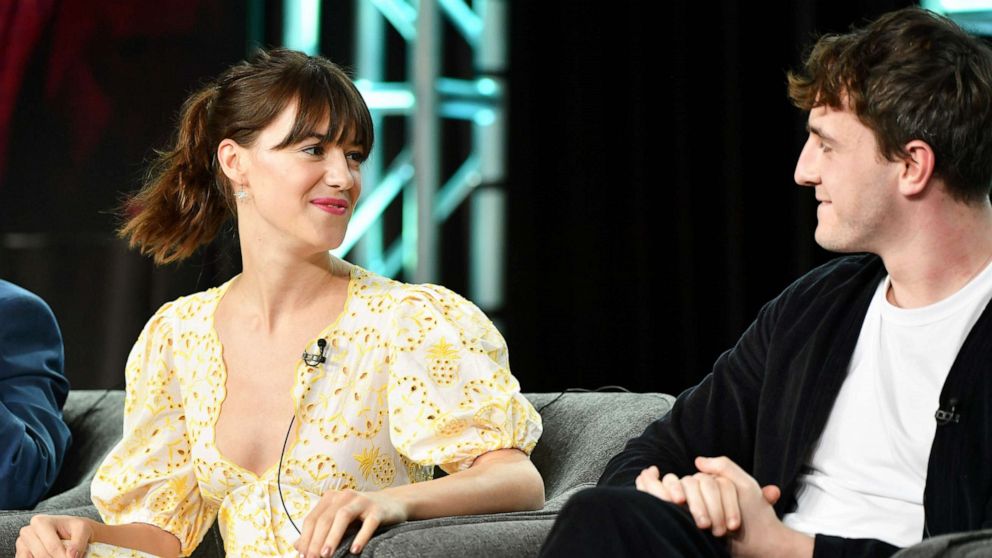 Amy Sussman/Getty Images, FILE
In this Jan. 17, 2020, file photo, Daisy Edgar-Jones and Paul Mescal of "Normal People" speak during the Hulu segment of the 2020 Winter TCA Press Tour at The Langham Huntington, Pasadena, in Pasadena, Calif.

Paul Mescal, who plays Connell, and Daisy Edgar-Jones, who plays Marianne, tell ABC Audio they felt pressure to get the story right.

“I think whenever a book is as popular as 'Normal People' has been, it applies a natural pressure that you can't really avoid,” Mescal says. “So, you've got to get to the point where you kind of embrace it.”

As a fan of the book as well, Edgar-Jones says she understands “as a viewer, there is a lot of expectation for it to be exactly how you pictured it.”

“I find Marianne to be quite a complex person,” she adds. “So trying to make sure I understood every level of her and [portray] her accurately, definitely felt pressure to do that for sure.”

They can both rest easy -- the 12-episode "Normal People" series, thanks to Mescal and Edgar-Jones' raw and intimate portrayal, will likely satisfy the book's fans, and beyond.