An 11-year-old girl's letter to her local mail carrier thanking him for his service evolved into a thoughtful message on mental health, especially during the coronavirus pandemic.

Emerson Weber, a fifth-grade student in Sioux Falls, South Dakota, has been known for years by family and friends for the thoughtful and frequent letters she sends, each wrapped in an envelope elaborately decorated with her own designs.

"I love being able to decorate the envelopes. It really shows my creative spirit," Emerson told "Good Morning America." "Writing letters you can share so much about your self, it's like being there in person, and, I love receiving them, because you know that someone took the time in their day to write back to you." 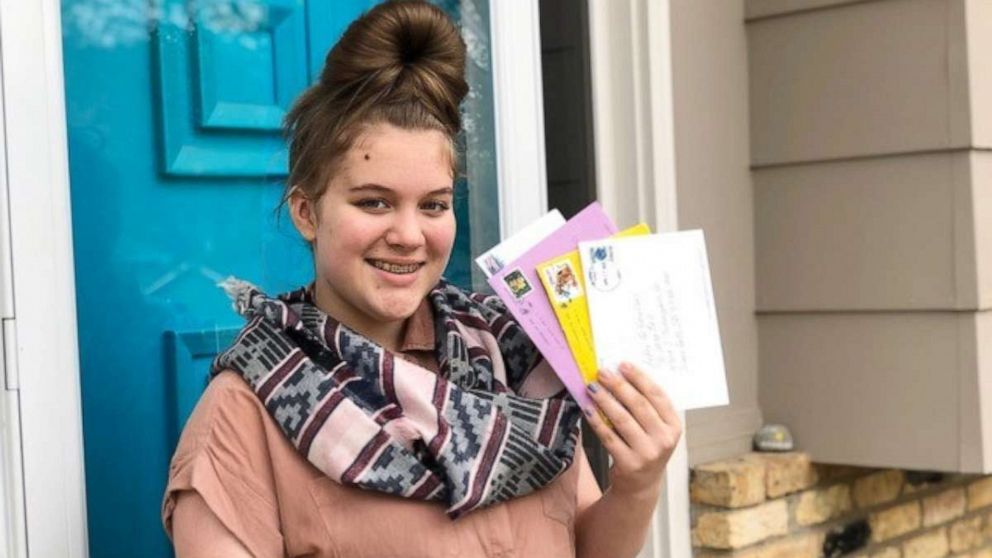 Emerson, who has her own address book and keeps track of stamps and envelopes, recently decided to write a letter to thank the person who makes sure her letters get where they need to go, her local mail carrier Doug.

"I'm Emerson. You may know me as the person that lives here that writes a lot of letters & decorated the envelopes," Emerson wrote in the letter to Doug. "Well, I wanted to thank you for taking my letters and delivering them. You are very important to me. I make people happy with my letters, but you do too." 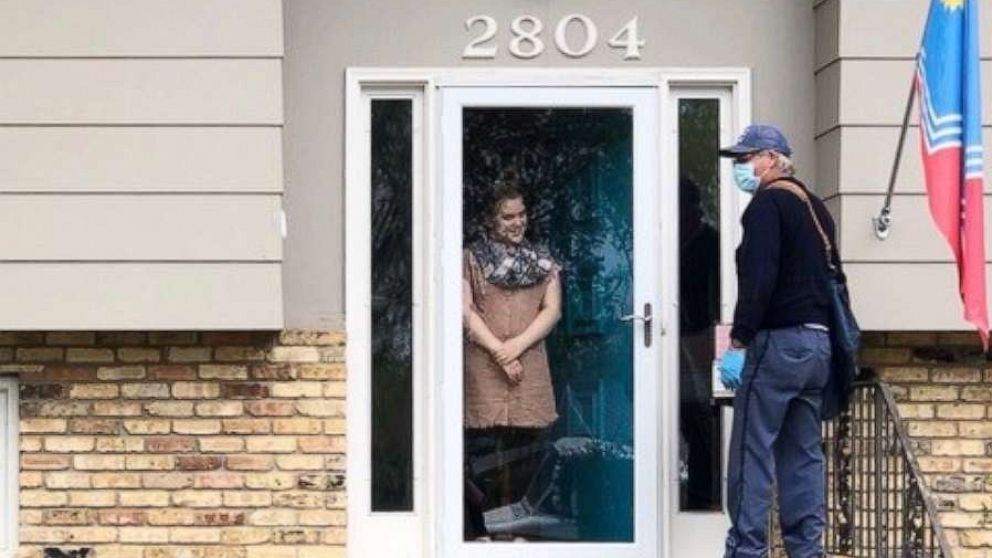 "The reason you are very important in my life is because I don't have a phone so how else am I supposed to stay in touch with my friends? You make it possible!" she wrote in the letter, which was shared on Twitter by her dad, Hugh Weber, founder of The Great Discontent, a online platform for creative professionals and content curators.

Emerson, my 11 year old, is on a bit of a wild ride with the @USPS and our local mail carrier, Doug.

And, I think there's a deeper message to it all.

Doug shared Emerson's letter with his supervisor at the U.S. Postal Service (USPS), who then shared it in an internal newsletter as a "token of thanks" from a happy customer, according to Weber.

Emerson soon began receiving dozens of letters from USPS workers who reached out to her to say thank you for saying thank you and to make a connection. The letters have included jokes, gifts for Emerson and her brother, fun facts about Taylor Swift -- Emerson's favorite singer -- and details about their families and jobs.

She put it in the box, smiled when he took it & that was enough.

The next day a package arrived with some stamps & two letters.

Doug had shared Em’s letter with his supervisor, Sara, and they both wanted to share how touched they were by her note. pic.twitter.com/bdpRxl1QeK

"I've really enjoyed getting to learn about all of their families and jobs throughout the USPS," said Emerson. "And, I really like the jokes that so many of them sent."

The USPS told ABC News in a statement, "To have people notice the hard work that United States Postal employees are doing on a daily basis has been an amazing encouragement. But somehow, the words of an innocent 11-year old child has touched all of us. The power of connection is what we are delivering, as we bring vital medications, correspondence and commerce to Americans staying at home. Because we are hard at work, we are helping keep you safe – and connected."

The letters have resonated as part of a broader message about mental health that Weber pointed out in the Twitter thread about his daughter and Doug, which has quickly gone viral.

"I'm not sharing this because I'm a proud dad," Weber wrote on Twitter. "I'm sharing it because it is relatively easy, if we take the time, to give others the one thing they need to be well - human connection."

"I have a friend that says we all just want to be seen, known and loved," he wrote. "Em does this boldly."

Weber said he hopes people take away from Emerson's story the importance of staying connected and reaching out to other people, especially people who make an impact in your life.

"That was my hope with sharing it, that these small singular actions can, even in 2020, have a really positive set of ripples," Weber said. 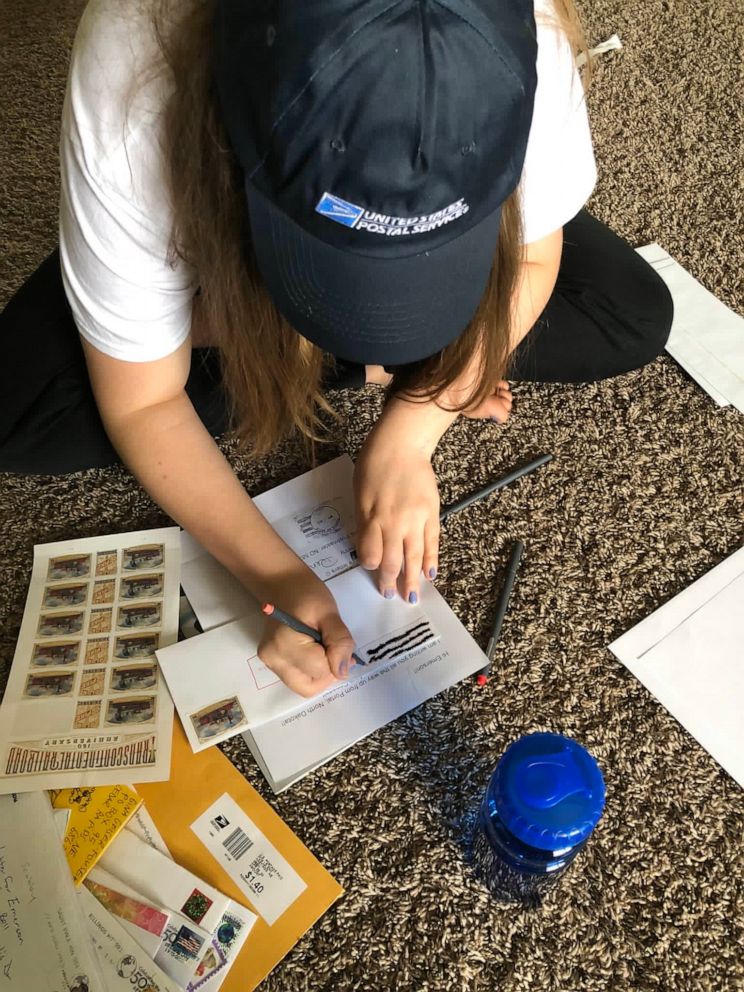 Emerson, who hopes to be a future U.S. president, is well on her way to replying to each of the USPS workers who have sent her a letter. She said she hopes people are inspired by the connections she's made.

"I hope that people just take some time in their day to send a letter to their mail carrier because they really do enjoy it. I learned that from their letters," she said. "And, you can make someone's day with just a tiny act like writing a thank you letter."