Video by Gabriella Abdul-Hakim
Share —
Sign up for our newsletters to get GMA delivered to your inbox every morning!

A New Jersey teenager is helping shelter dogs and cats get adopted one homemade bow tie at a time.

Sir Darius Brown, 13, was born with a fine motor skill delay, so when he was eight years old his mother, Joy Brown, thought it would be useful for him to begin working with his hands.

His sister, Dazhai Shearz, was a hair stylist and at the time was making her own hair bows. Sir Darius wanted to be just like her, so his mother had the idea that he could become her “assistant,” helping her cut fabric and eventually using the sewing machine. 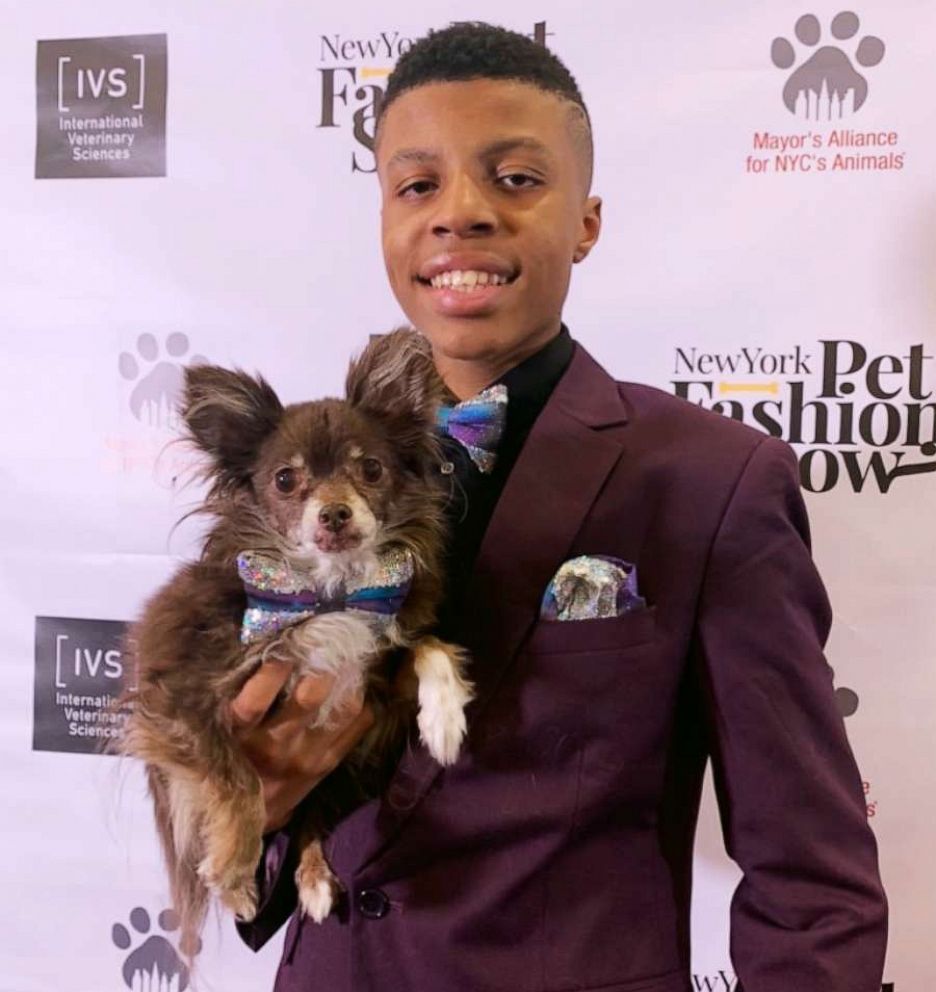 When Shearz realized her brother wouldn’t get much use out of hair bows, she gave him a strap and encouraged him to try making it into a bow tie. He started sewing bow ties together and wearing his own creations.

In 2017, two years after Sir Darius began making his own bow ties, Hurricane Harvey and Hurricane Irma struck Texas and Florida. Sir Darius saw the damage through a telethon and asked his mother if they could send money to help the families who were impacted. 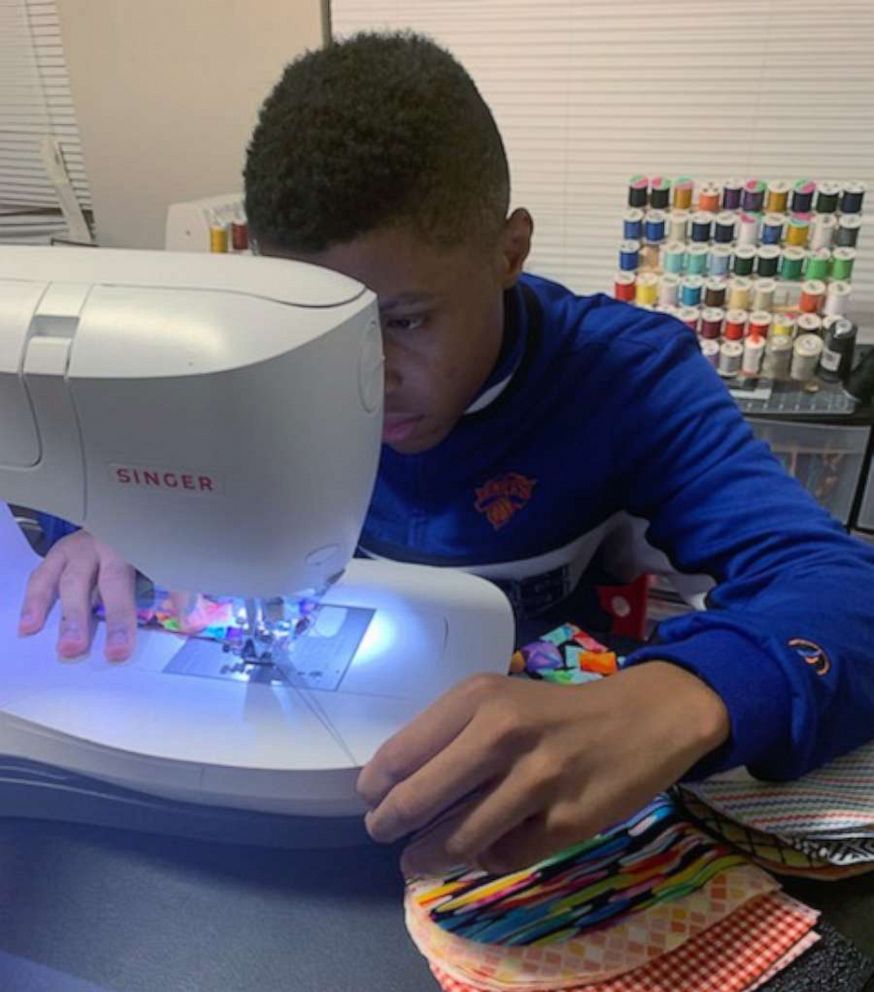 Courtesy Joy Brown
Sir Darius Brown learned to sew because of his older sister Dazhai, who is a hairstylist and used to sew hair bows.

Brown explained that she didn’t have the means to donate a significant amount of money, and told her son that if he wanted to help he would need to get creative.

Sir Darius saw online videos of animals who were being shipped to shelters near him from Florida and Texas following the hurricanes, and decided that his bow ties would be his creative way to help.

(MORE: This adorable rescue cat is going viral for her resemblance to Baby Yoda)

“At first I didn’t get it,” Brown said. “But then he explained that he could donate his bow ties to the shelters and if the dogs wear them they’ll be looking cute and dapper and people will want to adopt them.” 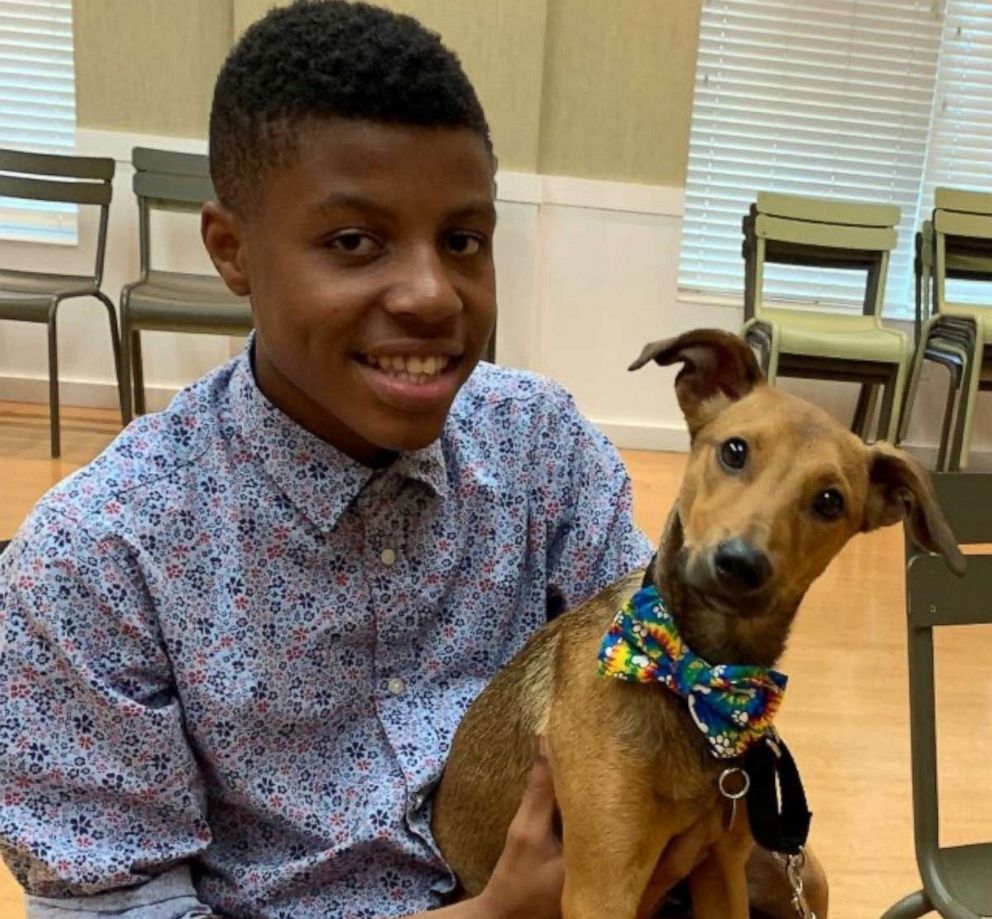 Courtesy Joy Brown
Sir Darius Brown says that it takes him about 30 minutes to make each bowtie. He estimates he has made 400 to 500 over the years.

Brown told her son it was a great idea and he soon brought his first batch of bow ties to their local ASPCA. It was during that visit he learned that some shelters euthanize animals if they aren’t adopted, and Sir Darius decided he wanted to help as many animals as he could.

(MORE: Kansas City man moves in with shelter dog, plans to stay there until she gets adopted)

Sir Darius began to make 10 to 15 bow ties a week, each bow tie taking around 30 minutes to make on his sewing machine at home. Sir Darius makes the majority of the bow ties on the weekend, so it doesn’t interfere with his school work.

The more bow ties he donated, the more demand came from shelters wanting them. Brown set up a GoFundMe account for her son so they could raise money for more fabric. 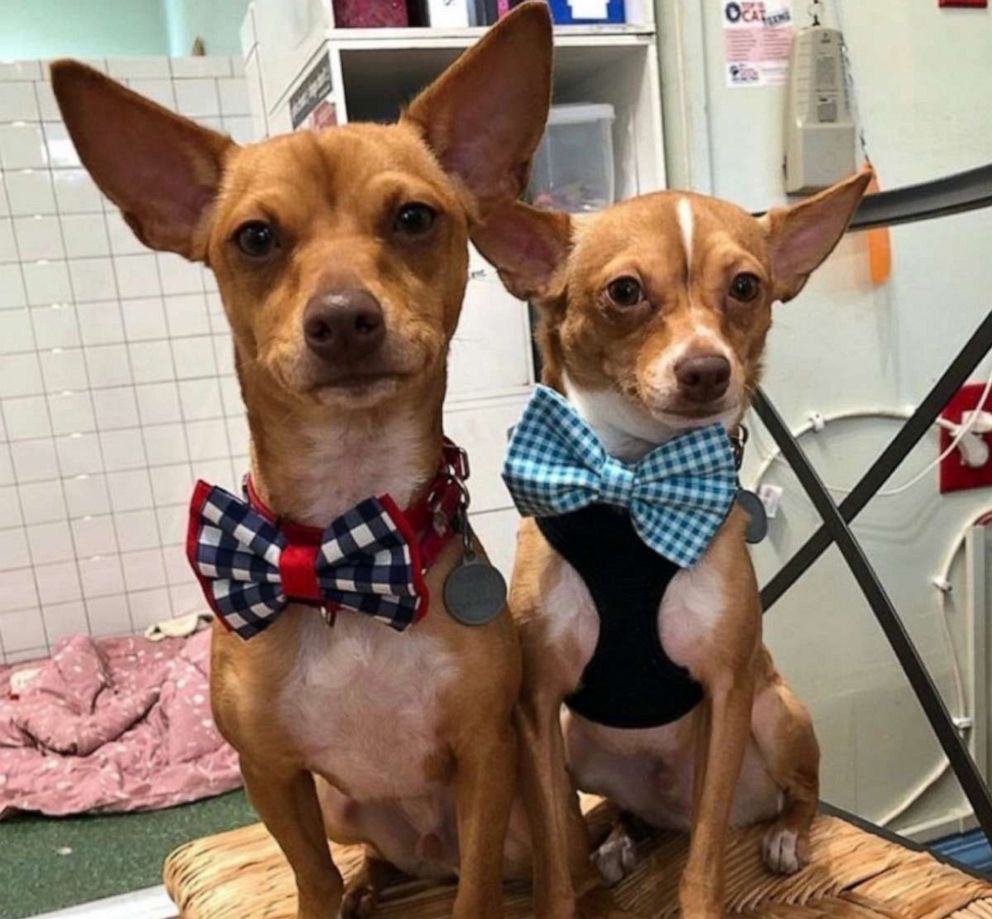 In the summer of 2019, instead of just shipping the bow ties, Sir Darius and his mom visited seven states and delivered bow ties to shelters in need.

“At first it’s sad seeing the dogs in their cages,” Sir Darius said. “But I just keep reminding myself that I am doing this to help.”

Since Sir Darius began his bow tie initiative, he estimates he has made 400 to 500 bow ties and has helped more than 100 animals find their forever home. 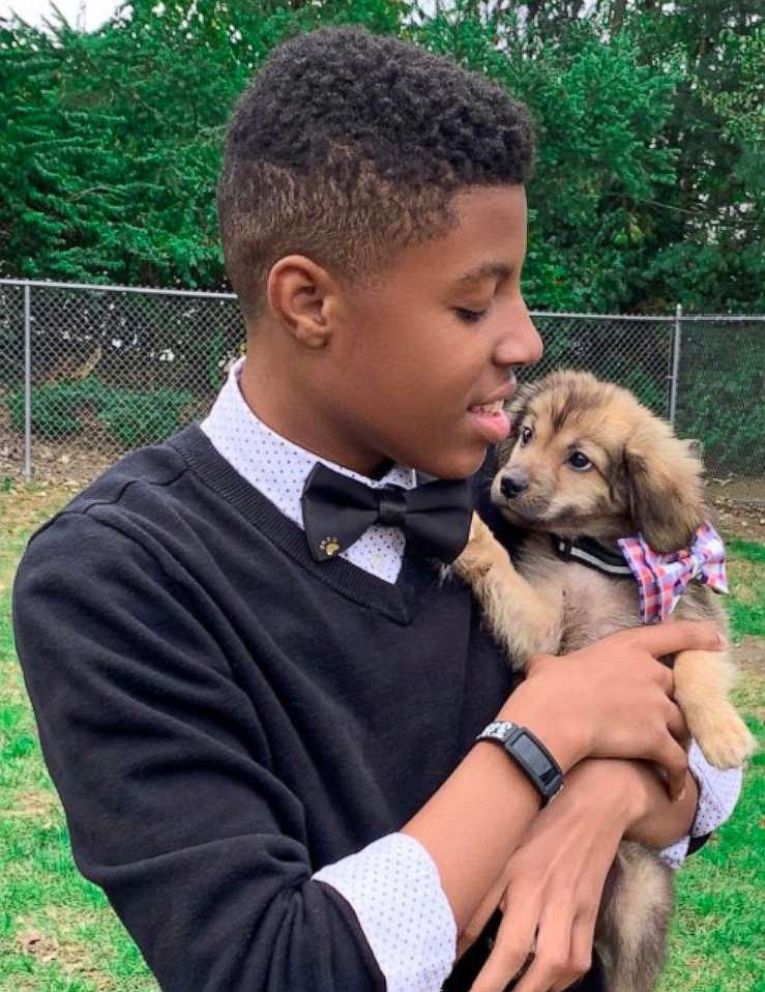 Courtesy Joy Brown
Sir Darius Brown says he hopes the dogs that he helps get adopted "get a home in a place they're loved and they'll have the best life."

“He’s amazing. I really think I want to be like him when I grow up,” Brown says. “He’s selfless. He just gives from his heart.”

Sir Darius hopes to one day travel to all 50 states to personally donate his bow ties to shelters all over the country.

“I want to help as many dogs as I possibly can and to continue to give back to others,” Sir Darius said. “I want to inspire the youth to give back to the community as well, and use your passion to help others.”