When University of Florida college gymnast Trinity Thomas nailed the landing of her uneven bars routine at a match last week, all she could think was "wow," she told "Good Morning America."

It was only minutes later, when the entire arena erupted in chants of "10," that Thomas knew she had accomplished a very rare feat, scoring a perfect 10 in a college gymnastics event.

"It literally means everything because that’s what you’re working for, to get that perfect 10," said Thomas, who had never before scored a perfect 10 in college in any event. "And it’s not easy and takes a lot of dedication. I’ve been working to get that for so long."

In addition to competing as a Florida Gator, Thomas, a sophomore, is one of 11 members of the U.S. Senior National Team, which includes Simone Biles.

Thomas is the only member of the team who is also a current collegiate gymnast. 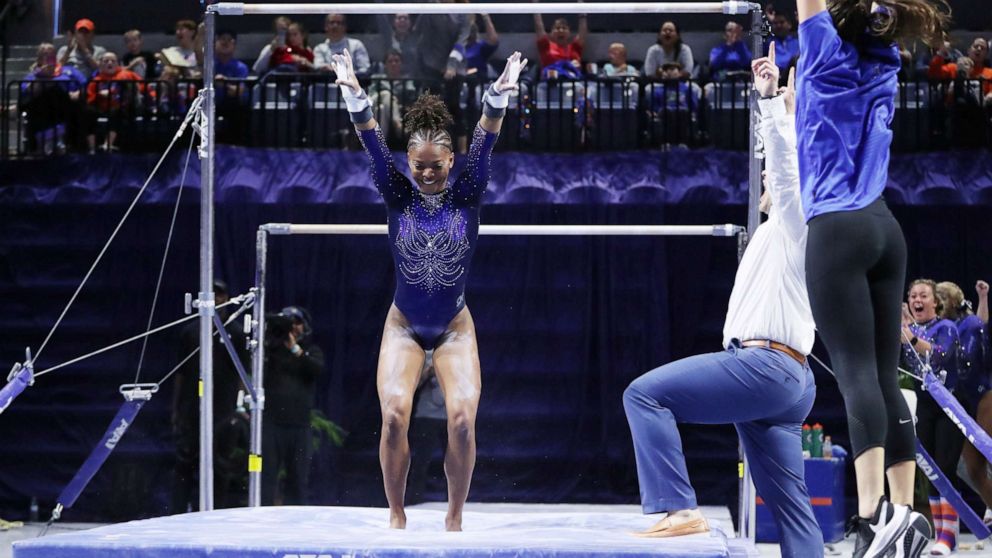 The Pennsylvania native said she will focus on being a member of the University of Florida team until the season ends in April, and then will switch her focus to competing for a spot on Team USA for the 2020 Summer Olympics in Tokyo.

"Being alongside literally the best gymnasts in the world is so cool and super special," she said. "But it’s hard and takes a lot of work and dedication." 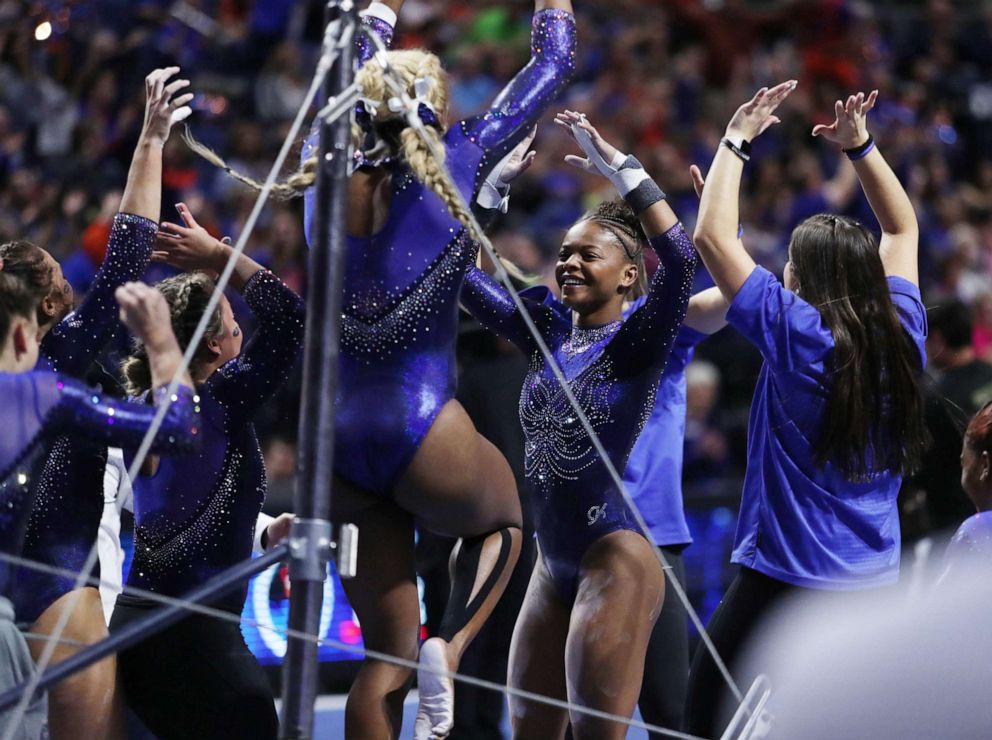 The hard work for Thomas includes four-hour practices four days a week plus conditioning practices on the other days during the college season, on top of her studies as an applied physiology and kinesiology major.

The match during which Thomas scored her perfect 10 took place on Jan. 24 against rival Louisiana State University (LSU) in front of a sold-out crowd at the O'Connell Center in Gainesville, Florida.

Thomas came close to scoring two 10's at the match with a floor routine that earned her a 9.975.

"I just remember before each event when they said my name the entire O-Dome [O'Connell Center] would almost shake a little bit because of the screams," Thomas recalled. "I just took that energy because that was really special for me."

The competition and the chance to compete in the 2020 Olympics are a dream come true for Thomas, who started taking gymnastics classes at age seven.

"I have always absolutely loved gymnastics," she said.