John Quinlan Jr. celebrated not only his 99th birthday on Monday but also his high school graduation.

Quinlan, of Weymouth, Massachusetts, received his diploma from school officials 81 years after he left high school the month of his graduation for a job in a local shipyard.

"He was offered a full-time job building ships for the Department of Defense and it was too good a job to give up," Quinlan's daughter-in-law Jodi Purdy-Quinlan told "Good Morning America." "The school said he had to leave if he wanted to work full-time."

"He was stubborn and said, 'Well I’m going to work,'" she explained. "He wasn’t too impressed [in the years since] with the teacher who didn’t let him graduate." 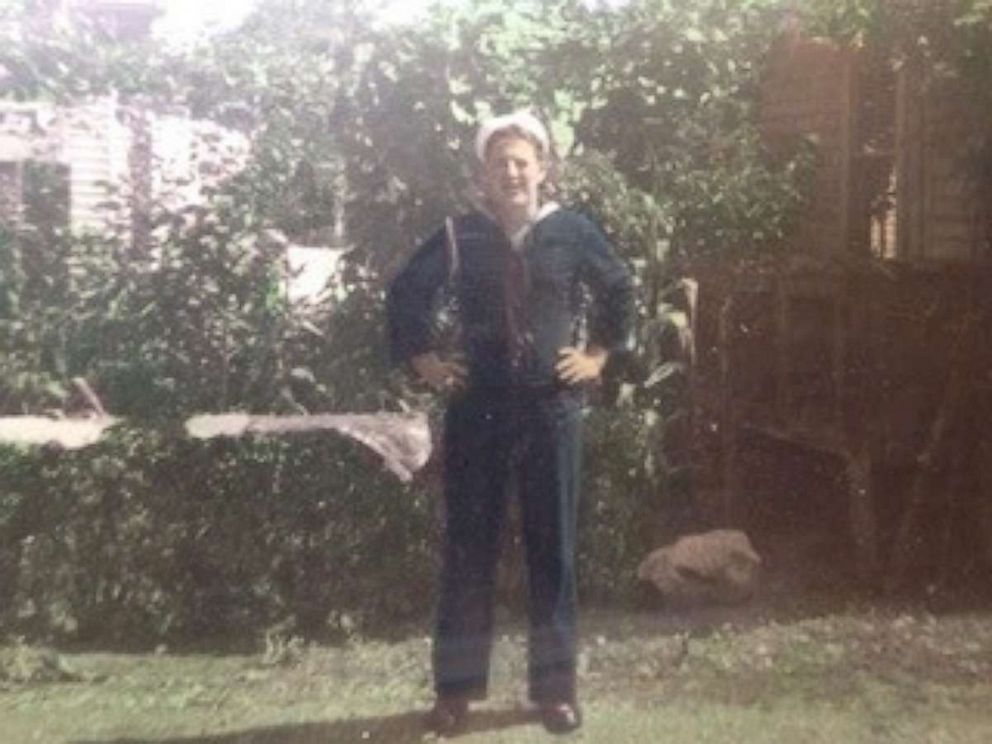 Jodi Purdy-Quinlan
John F. Quinlan is pictured in his Navy uniform in this 1944 photo.

Quinlan, who went on to serve in the U.S. Navy during World War II, was set to graduate from the school that is now known as Weymouth High School. It is the same school where he met his late wife of 52 years, where his four children graduated, where Purdy-Quinlan graduated and where at least two of his six grandchildren have graduated, according to Purdy-Quinlan.

MORE: Mom who skipped her own college graduation to attend son's surprised with a degree

Quinlan's grandson's upcoming graduation from Weymouth High in June is what inspired Purdy-Quinlan to reach out to school officials last month with the idea of surprising her father-in-law with an honorary diploma.

Instead, school officials were able to track down his attendance record in the school district's archives and confirm he was set to graduate.

They presented Quinlan with his actual diploma on Monday under both school policy and a 2005 law signed by then-Gov. Mitt Romney that allows high school diplomas to be awarded to certain veterans who withdrew from high school to serve in the military in World War II and other conflicts. 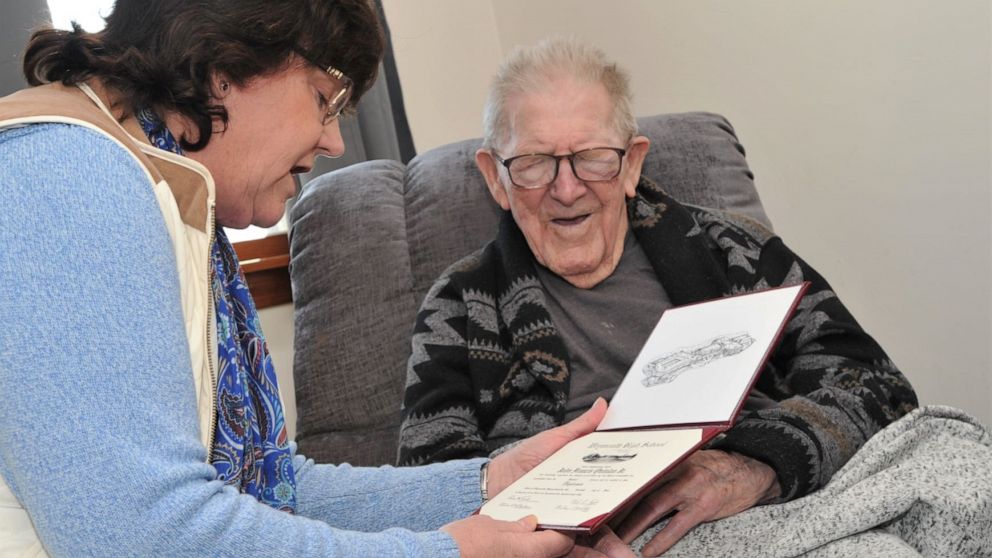 "We are so proud of our veterans and we felt as though it was really important to be able to honor him and to present him with a diploma that was well-deserved," Jennifer Curtis-Whipple, superintendent of Weymouth Public Schools told "GMA." "We were very happy to be able to make that happen for him."

The diploma included a picture of the high school as it looked when Quinlan attended and the signatures of his then-principal and then-superintendent.

Quinlan, who goes by Grampy and Buddy, went on after his military duties to a 35-year career as a truck driver with the local public works department, according to Purdy-Quinlan. 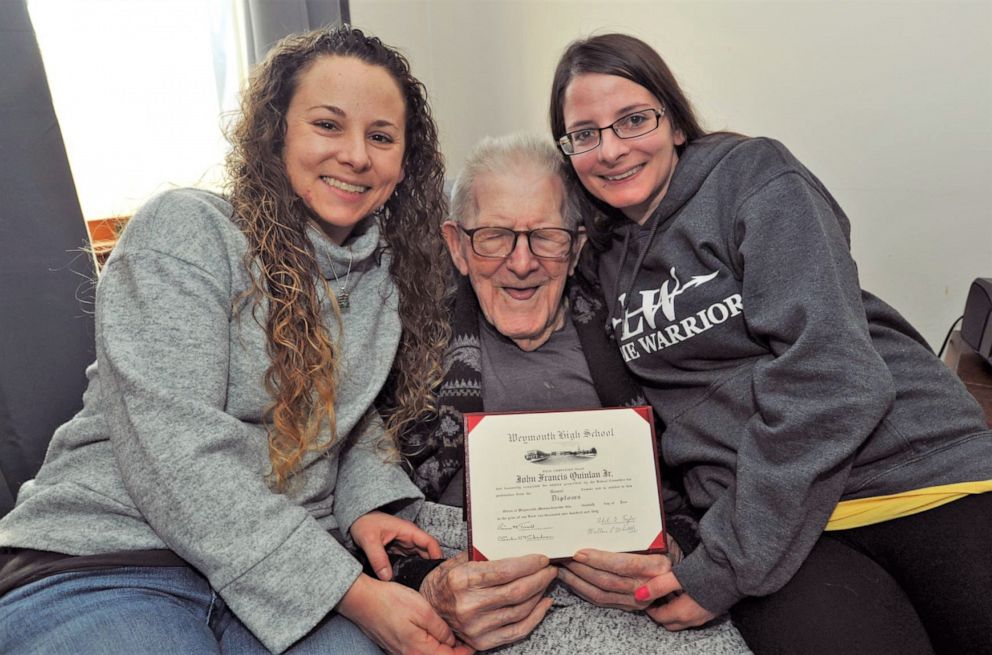 Tom Gorman/The Patriot Ledger via USA Today Network
Emily and Elyse Quinlan pose for a photo with their grandfather, John Quinlan Jr., holding his high-school diploma which was given to him in honor of his 99th birthday in Weymouth, Mass., Feb. 17, 2020.

He giggled at the sight of his high school diploma 81 years after he left high school, said Purdy-Quinlan who, with her husband, Charlie, Quinlan's son, cares for Quinlan at home.

"His reaction has been great," she said, noting that one of Quinlan's granddaughters got the biggest laugh when she asked him what he wants to be when he grows up.