Stephan Wilson, a recent college graduate from Michigan, said he is having a hard time finding the right gift for his mom, Sharonda Wilson, for Mother's Day.

He and his mom were awarded their college degrees on the same day last weekend. Neither of them knew it was going to happen. 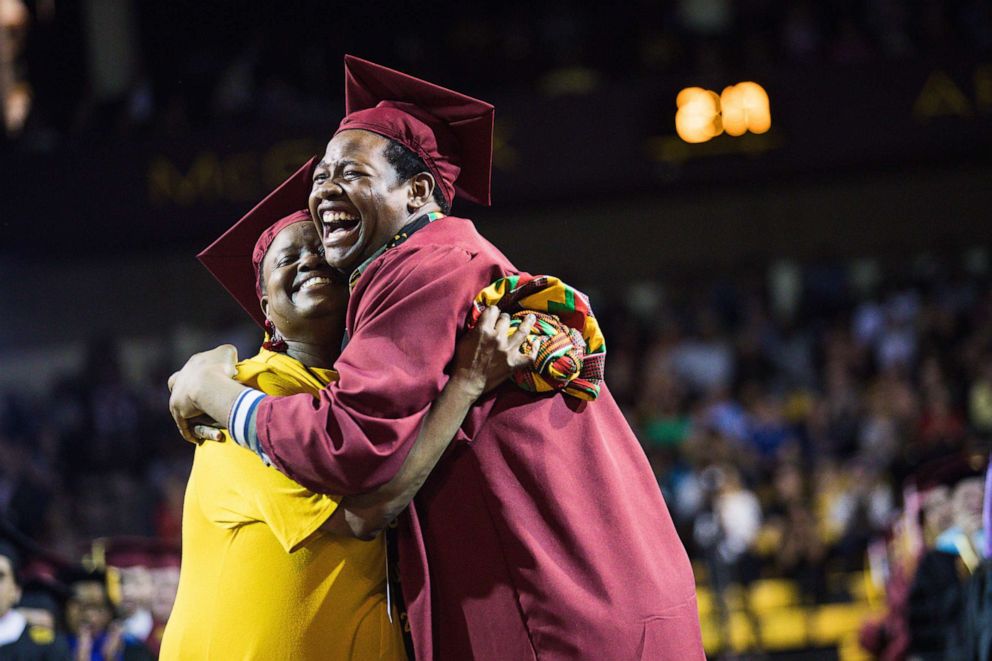 The ultimate surprise came together in just a few short hours when a classmate of Stephan's at Central Michigan University saw on social media that his mom planned on skipping her own college graduation in order to attend Stephan's.

The classmate of Stephan's, who works in the president's office, told Central Michigan President Bob Davies about the situation Saturday morning, just a few hours before Stephan was set to graduate.

Davies called the president of Ferris State University and was able to get permission for his school to confer Sharonda Wilson's degree, according to Ari Harris, assistant director of communications at Central Michigan University.

Just a short time later, Davies called Sharonda Wilson down to the stage at graduation, surprising both her and her son. 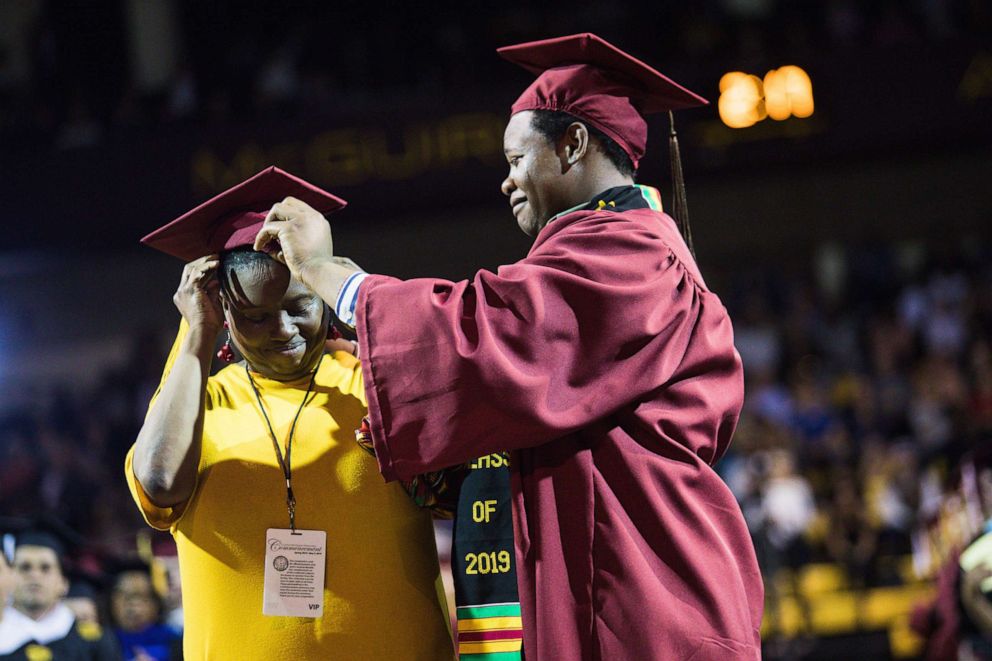 Central Michigan University
Sharonda Wilson was surprised with her diploma at the college graduation of her son, Stephan Wilson.

"I had no clue," Stephan told "Good Morning America." "My mom is a selfless person. She didn't give [missing her graduation] a second thought and I didn't either."

Davies told the graduates during his commencement address, "Always remember that someone -- or several someones -- made a difference in your life that empowered you to be here today."

(MORE: A woman carries twins for her twin sister and 8 other supermom moments)

"I wouldn't have been [at graduation] without her. That is the honest truth," Stephan said. "My mother loves school. I have not been a big fan of school for my whole life."

"She has definitely been my biggest support, biggest cheerleader and to see her be recognized along with myself was priceless," he said.

The moment was so priceless that Stephan said his "mind goes blank" when he tries to think of a Mother's Day gift for his beloved mom. 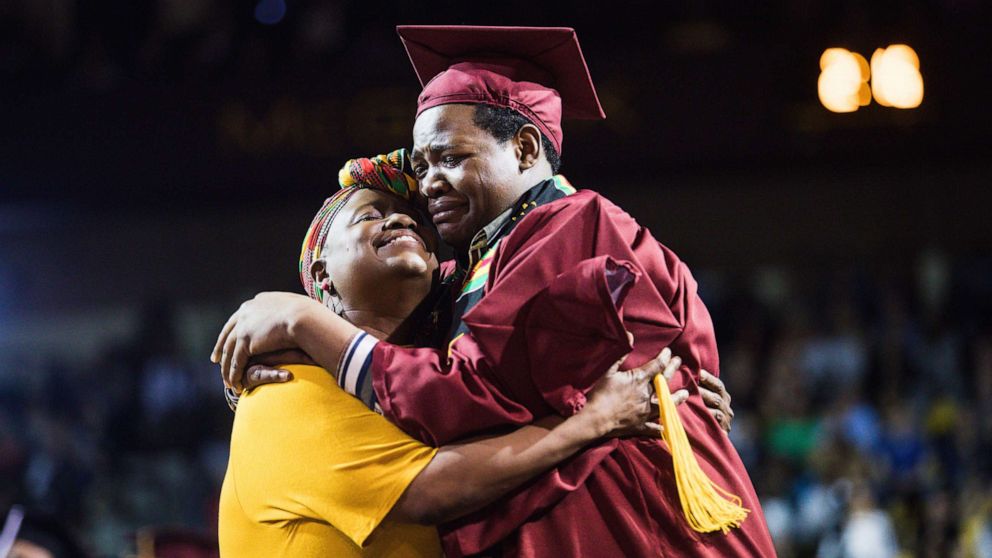 Central Michigan University
Sharonda Wilson was surprised with her diploma at the college graduation of her son, Stephan Wilson.

"I can't imagine anything else that would top what happened to us a week before Mother's Day," he said.

However, Stephan may be able to give his mom the only gift many moms want for Mother's Day: the chance to hug him in person. He left immediately after graduation to go on tour with the Central Michigan University Chamber Singers but is returning home on Mother's Day eve.